The four-year-old sprinter clocks the fastest 1,200m ever recorded at the city track to make it six wins from seven starts as the trainer’s domination continues 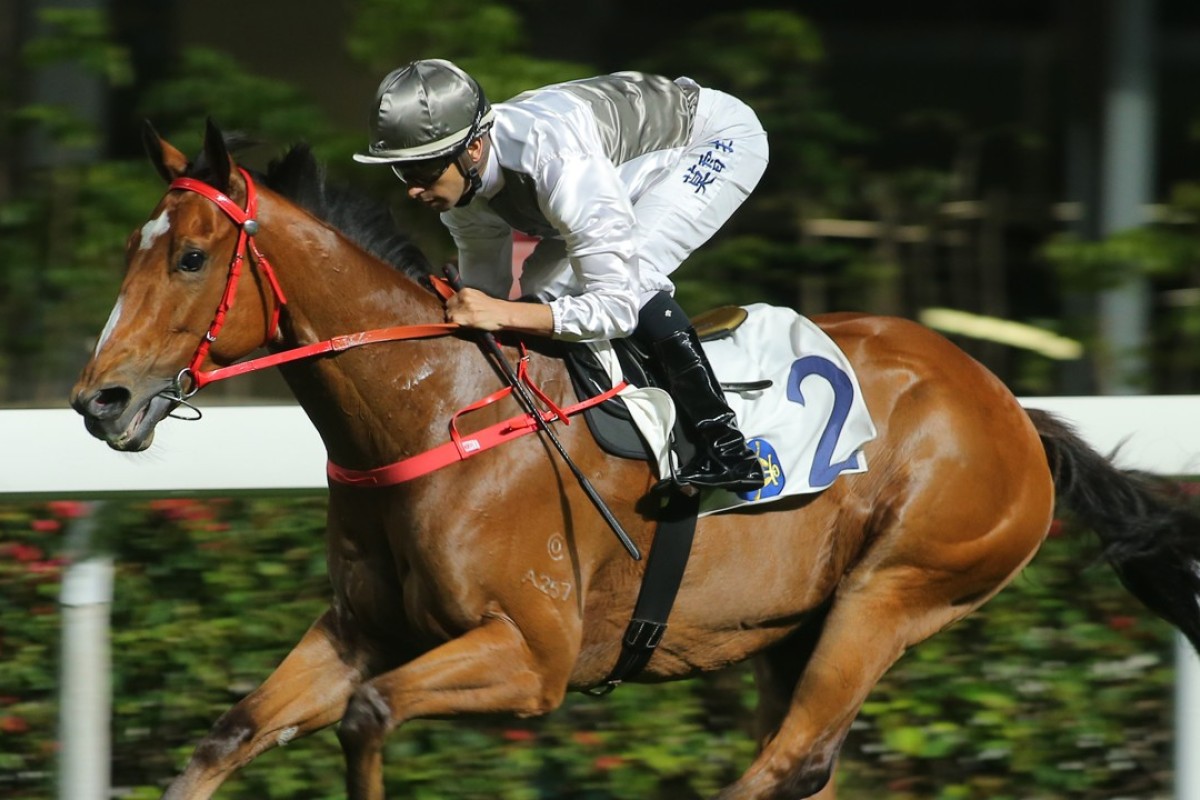 John Size’s march to a 10th championship continued on record pace at Happy Valley on Wednesday night but just as remarkable is how many of the top sprinters in town fill his yard now.

The new kid on the block is Ivictory, one of three wins for Joao Moreira on the night, as the gelding made it three from three this campaign and smashed a Valley 1,200m record which stood for more than 10 years.

Ivictory still has a way to go before he is in the same bracket as Mr Stunning, Beat The Clock, D B Pin and the other sprinters Size has rated 110 or better, but he won’t be far behind them after last night’s win off a mark of 95, without horse or rider breaking a sweat.

“There isn’t much I can add – he does all the talking at the moment,” Size said of Ivictory. “He keeps coming to the races and winning and keeps showing there’s another one to come as well.”

A problem with his left front cannon in September meant Ivictory didn’t start his season until February, a break of seven months since his previous outing, but Size said it looks like that was a blessing.

“You’d expect a horse like him, three turning four, to show some improvement but the extra time off doesn’t seem to have hurt him,” he said.

“Giving them a good break like that isn’t something you normally get the chance to do with a young progressive horse but it was forced on him and it looks like he has really benefited. I’m not sure where he’ll go next. That will depend on the handicapper, the horse and the programme.”

Size completed a double when Har Har Heart (Moreira) won the fifth race to give the gelding three wins from his last five runs.

It's Joao Moreira back in the winners' circle again, bringing up a treble aboard Har Har Heart in R5 at Happy Valley #HappyWednesdayHK #HKRacing pic.twitter.com/4LZGQnqVtu

“It looks like there might be another one in him too. He carried weight tonight so it wasn’t easy even though he had a very good run,” he said. “He might be ready for something longer – he just seemed to get comfortable by the 600m tonight and suddenly it was time to go.”

The double took Size to 59 wins after 53 meetings, eclipsing the 58 wins in 78 meetings that carried him to his remarkable first championship in his debut season 16 years ago.

Freshman trainer Michael Freedman thought he was watching a replay at the 300m mark when Fortune Booth (Zac Purton) went back inside to make his stretch run but the ending was happier this time.

“When I saw where he was going, I thought ‘oh no not again’,” said Freedman, alluding to the horse’s 10th last start when hopelessly blocked for room inside.

Fortune Booth wins R6 at Happy Valley, with @zpurton darting back to the inside to pick up the victory #HappyWednesdayHK #HKRacing pic.twitter.com/k1V7rkJt0X

“This time he got through. He seems to do his best here at the Valley where he only has to sustain a short burst – he was a bit like that in Sydney where he was suited at Canterbury, also a small track. So we might keep him here for now.”

Happy Valley has always been a horses for courses track, something that brought Good Days unstuck at his prior run but he sailed around on Wednesday night as the first half of Nash Rawiller’s double.

“He was much better for that experience,” said trainer Danny Shum Chap-shing. “I had to bring him back here anyway because I wanted to run him again before the owner went back to Vancouver and this was the only option. He coped much better and it’s good to see because these 2,200m races suit him – actually, I think 3,200m would suit him even better but we don’t have those.”

Purton and Mo both copped two-meeting suspensions for their rides aboard Fast Most Furious and Most Beautiful, respectively, in the seventh race, while the latter was also hit with a HK$37,500 fine.