Jungle Cat and Hawkbill are a chance to make the trip, while the global racing giant’s Japanese arm has confirmed Fine Needle will run in the Chairman’s Sprint Prize The Jockey Club’s big race recruitment team will wait for the dust to settle to see if Godolphin’s World Cup night heroes will come to Hong Kong but the global racing giant’s Japanese arm has confirmed that Fine Needle will contest the Group One Chairman’s Sprint Prize.

The local stars shone brightest on Godolphin’s biggest night as the boys in blue captured four of the five Group Ones, including two to horses with Hong Kong feature race plans.

Al Quoz winner Jungle Cat is entered for the Chairman’s Sprint on April 29 and Sheema Classic victor Hawkbill was aimed at the Group One Standard Chartered Champions & Chater a month later. 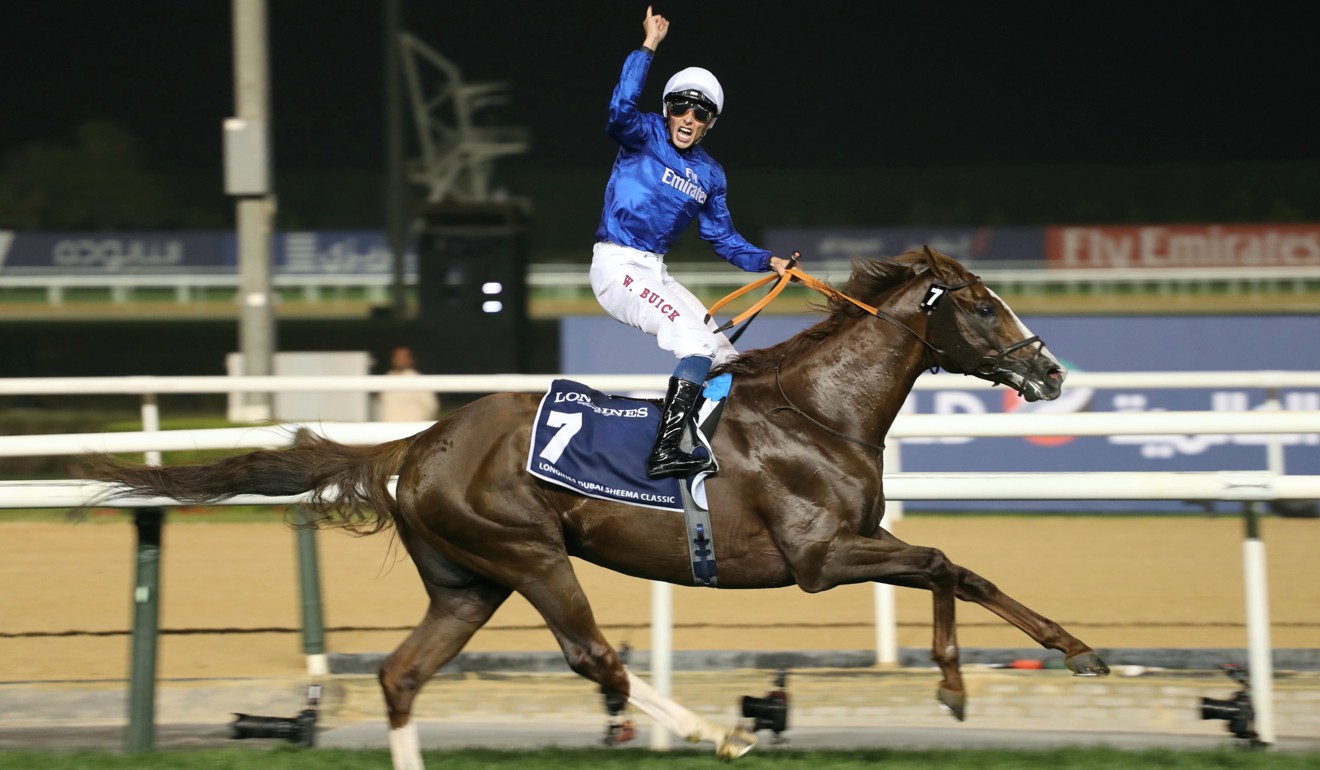 The bad news for the Jockey Club is that Godolphin may now set their sights on England with the pair but confirmation that Takamatsunomiya Kinen winner Fine Needle will come for the Chairman’s Sprint Prize is a nice consolation.

“We were invited and we have accepted,” Godolphin Japan’s president Harry Sweeney said on World Cup night. “We only have two Group One sprints in Japan each year so we want to take the opportunity to add to this horse’s resume if we can.”

Fine Needle became Godolphin’s first ever “home grown” Group One winner in Japan last weekend and will now be its first ever runner at Sha Tin – a venue Sweeney says represents a step up in competition.

“It’s an honour to be invited and we have enormous respect for Hong Kong racing,” he said. “We realise how strong the field will be and that we will be the small boy in that field over there. Hong Kong sprinting is of a very high standard.”

Hong Kong’s newly branded Champions Day falls on the Tenno Sho (Spring) at Tokyo so Godolphin may be forced to look for a Hong Kong-based rider for the five-year-old as regular rider Yuga Kwada may be committed to ride up and coming star Al Ain.

“We haven’t made a decision yet and the fact the Group One falls on that day does make it harder,” Sweeney said.

Fine Needle could be joined in the race by Takamatsunomiya Kinen runner-up Let’s Go Donki, who was sixth in last year’s Group One Hong Kong Sprint.

The connections of Let’s Go Donki are weighing up an invite but are concerned at the mare’s tendency to become anxious when flying and being stabled alone.