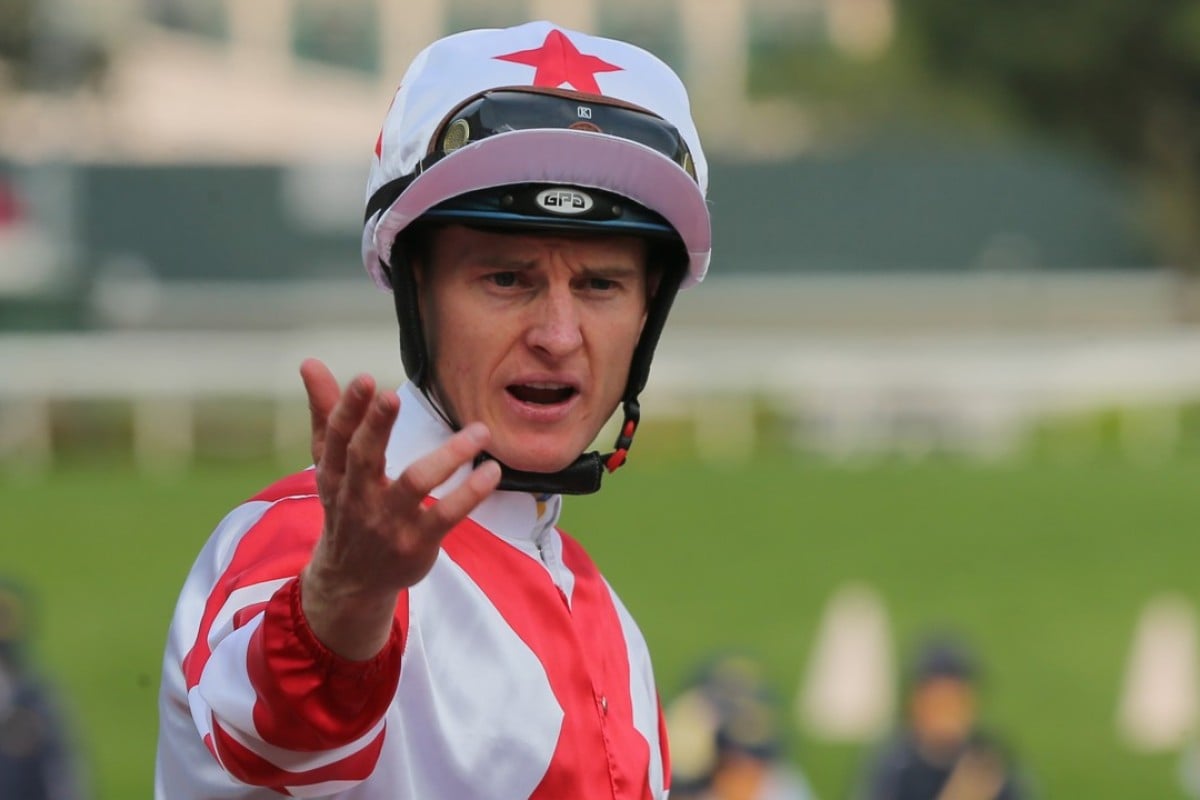 Zac Purton’s frustration of another narrow Group One defeat on Oohood in Sydney was compounded by a careless riding suspension that will see the Australian miss the next two meetings after Sunday’s fixture at Sha Tin.

Purton had to settle for second again after he went within a whisker of winning the Group One Sires’ Produce Stakes on Oohood but there was worse to come when Racing NSW stewards hit him with a careless riding from an earlier race.

Purton was found guilty of not leaving sufficient room when shifting in aboard Icon Of Dubai in the Group Three Carbine Club Stakes and was also reprimanded for careless riding on Oohood and Salsamor in the Australian Derby.

The suspension could have ramifications for the jockeys’ championship given Purton was returning from a two-meeting ban that had seen Joao Moreira extend his lead in the title chase to 10.

Absolute SCENES down @royalrandwick as triple figure chance El Dorado Dreaming runs the race of her life down the outside to deny Oohood in the G1 Inglis Sires'. Incredible!! pic.twitter.com/8wtI9G1WZx

“Frustrating and disappointing,” is how Purton described his day at Randwick, particularly given he felt he was going to win the Group One on Oohood in the final stages.

Two weeks ago, Purton was second by a short margin in the Golden Slipper on Oohood and again only an agonising margin denied the classy two-year-old.

Oohood was sent out $3.20 favourite in the A$1 million race and after being held up for running for much of the straight, found clear room and looked like the winner late.

However it was 80-1 outsider El Dorado Dreaming who swooped for Damian Lane to deny Purton another Sires’ Produce after victories in the race with Excites in 2006 and Yankee Rose in 2016.

“She burst through like she had the race won, but then just seemed to pull up,” Purton said afterwards.

Purton returns to Sha Tin with nine rides to Moreira’s full book of 10, and even though he was rated a $2.35 second favourite, he still looks a chance of causing an upset.

Purton also has a hope in the Group Two Chairman’s Trophy aboard Time Warp, who blew his chances last time he ran at the course and distance.

Missing the start meant Time Warp wasn’t able to take up his customary front-running position in the Stewards’ Cup but if the chestnut can lead today he could be very difficult to catch.