After skipping January’s Magic Millions sale in protest over the country’s quarantine restrictions, the HKJC is back in a big way in Sydney 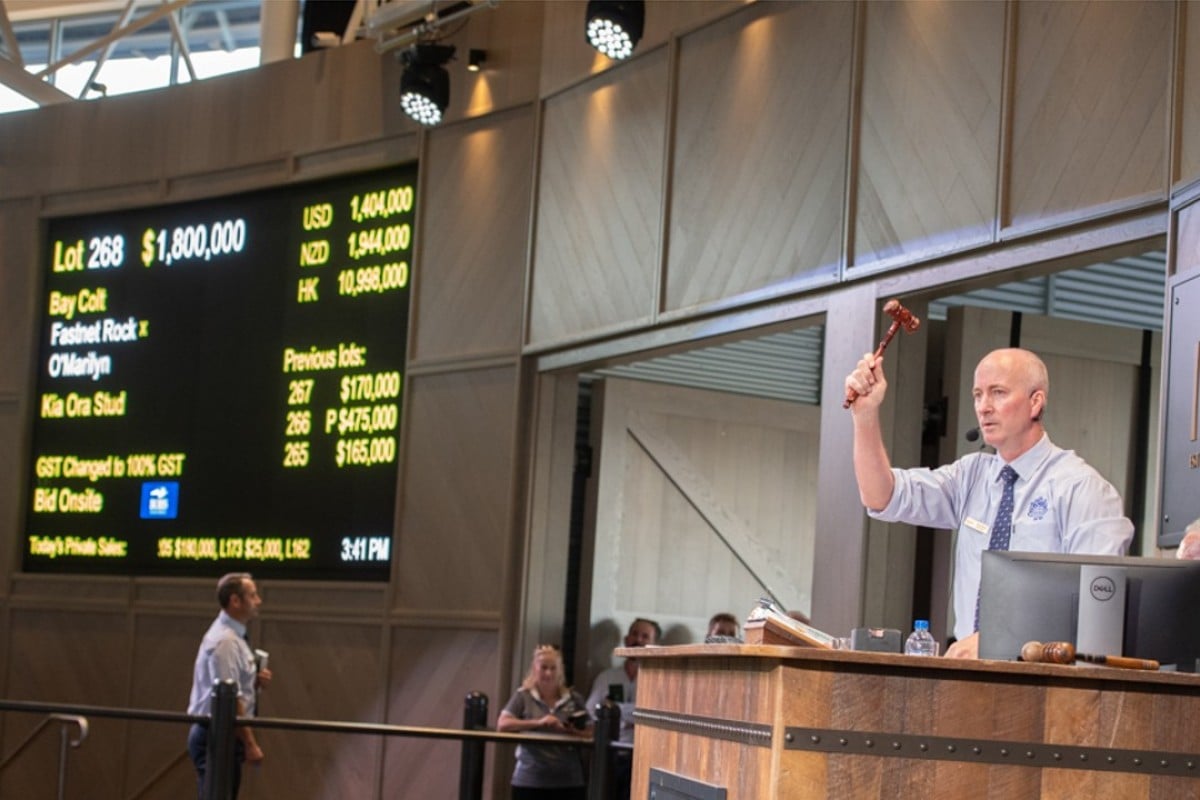 An Inglis auctioneer knocks down Lot 268 to George Moore Bloodstock for A$1.8 million. Photo: Handout.

The Hong Kong Jockey Club broke new ground by spending A$1 million (HK$6 million) for the first time as Hong Kong buyers made their mark at the Inglis Australian Easter Yearling Sale in Sydney on Tuesday.

Just three months after skipping the Magic Millions Sale on the Gold Coast in protest over Australia's quarantine restrictions, the Jockey Club were back in force Down Under.

The club splashed seven figures on a son of I Am Invincible before backing up shortly afterwards to pay A$900,000 for a lot by champion Australian sire Snitzel.

Not to be outdone, the son of trainer John Moore, George, later bid A$1.8 million for Lot 268 by Fastnet Rock as Hong Kong buyers spent more than A$5 million.

Racing is a game of opinions and there are few more subjective aspects of the sport than the buying of yearlings, so it was not surprising that the Jockey Club's international racing consultant, Nick Columb, and Moore nominated their prized lots as “the best horse at the sale”.

NEW TOP LOT @inglis_sales - this is what $1.8m of horse looks like! The colt by @CoolmoreAus sire Fastnet Rock leaves the ring closely guarded by the Kia Ora team after being purchased by @Georgejmoore8 pic.twitter.com/RGi44hZe2Y

Columb played down the significance of the million-dollar price tag, pointing to the mushrooming market that has seen A$76 million spent at an average of more than A$350,000 per lot over the first two days of the three-day sale.

“It's as hot a sale as we have ever had in Australia,” Columb said. “We are quite selective, so there is only a certain amount of horses we are looking at to buy and if you are in this type of marketplace you need to play by the rules.

We would like to pay less, of course, but we have to be realistic,” he said.

Columb said the million-dollar lot was the “nicest son of I Am Invincible at the sale” and that the second purchase was the best horse overall.

“They are both athletes and importantly, they are both horses that will continue to develop,” he said.

Unlike local buyers, the Jockey Club purchases yearlings with a view of reselling the them as three-year-olds to Jockey Club members at the Hong Kong International Sale.

“We have to think about how these horses will look in 2020,” Columb said. “We take these horses away and put them in New Zealand to have them educated and give them time to develop. We are looking at horses that are athletic but also have scope to develop physically.” 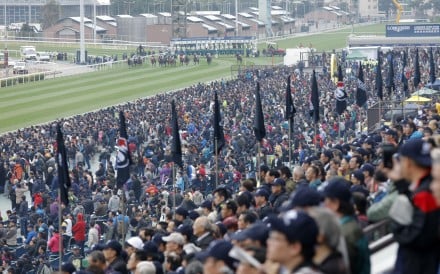 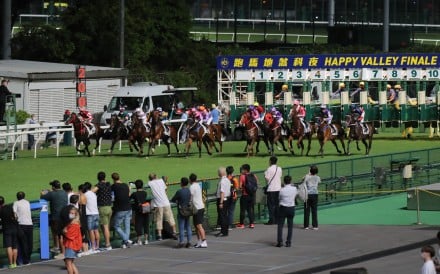 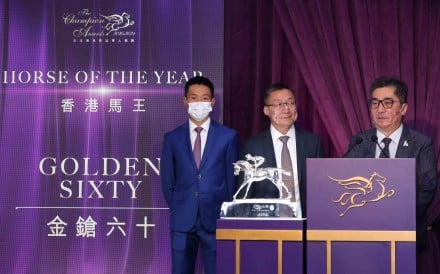 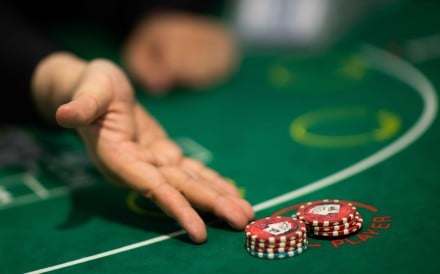