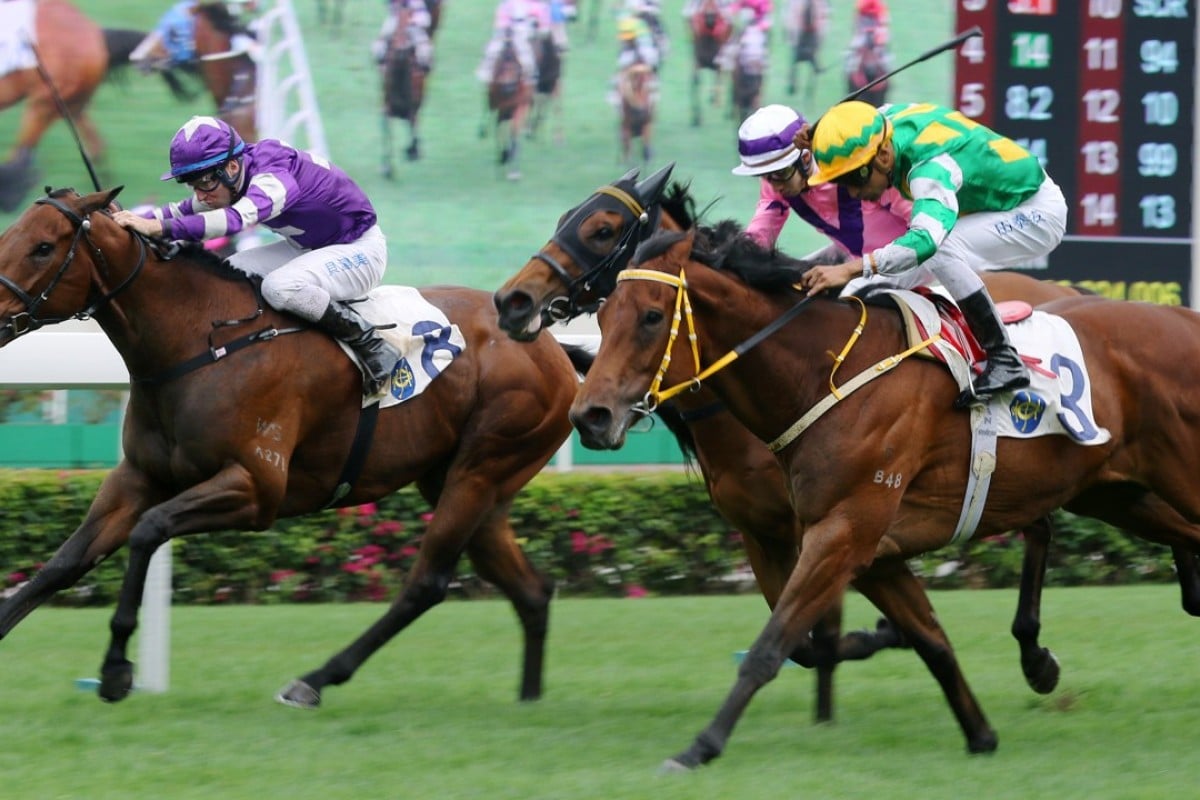 Strathspey didn’t get the protest decision connections were seeking at Sha Tin on Sunday and that was the right call but there’s no doubt he should have won and the lightly raced three-year-old looks on the rise.

The Tony Millard-trained youngster was squeezed out at the start of the sixth race on Sunday and raced back in the field before meeting traffic trouble in the run down the straight. Connections threw in an objection over an incident at the top of the straight when eventual winner Namjong Plus, who was in front of Strathspey the whole way, unsurprisingly, beat him to a gap.

Had Strathspey got to that run, sure, he wins the race, but that simply wasn’t ever going to happen and it was a very optimistic protest that stewards quickly threw out.

Namjong Plus and @KarisTeetan just hold on from a fast-finishing Strathspey to win the CUHK Alumni Cup Handicap. A protest between these two for an early-stretch incident was overruled. #HKracing pic.twitter.com/50FEDhFE8h

Strathspey has already been a patient work in progress since showing some ability at the end of last season with a fourth in a 1,200m griffin race. After a summer break, he resumed in November with a placing over 1,400m behind Compassion Star, finishing off well, before again having some time between runs.

In January, Strathspey ran 11th behind Agree but he pulled up lame and with mucus in his throat so another break ensued and connections elected to geld the young horse.

Sunday’s run was his next appearance, so we have a young horse with only four starts under the belt with an excuse, a third, a fourth and what should have been a victory.

He is by O’Reilly, a very successful stallion here, out of a mare by Pins, another highlight sire in this part of the world, so Strathspey is bred the right way, giving all the signs that he should win his maiden soon and he looks to have plenty of scope for the future.

Strathspey’s mother, Pin High, won to a mile but was considered good enough to run in a New Zealand Oaks and other black type races, and a sister to Strathspey is a Group Three winner at 2,100m so there is some capability in the family to get over middle distances.