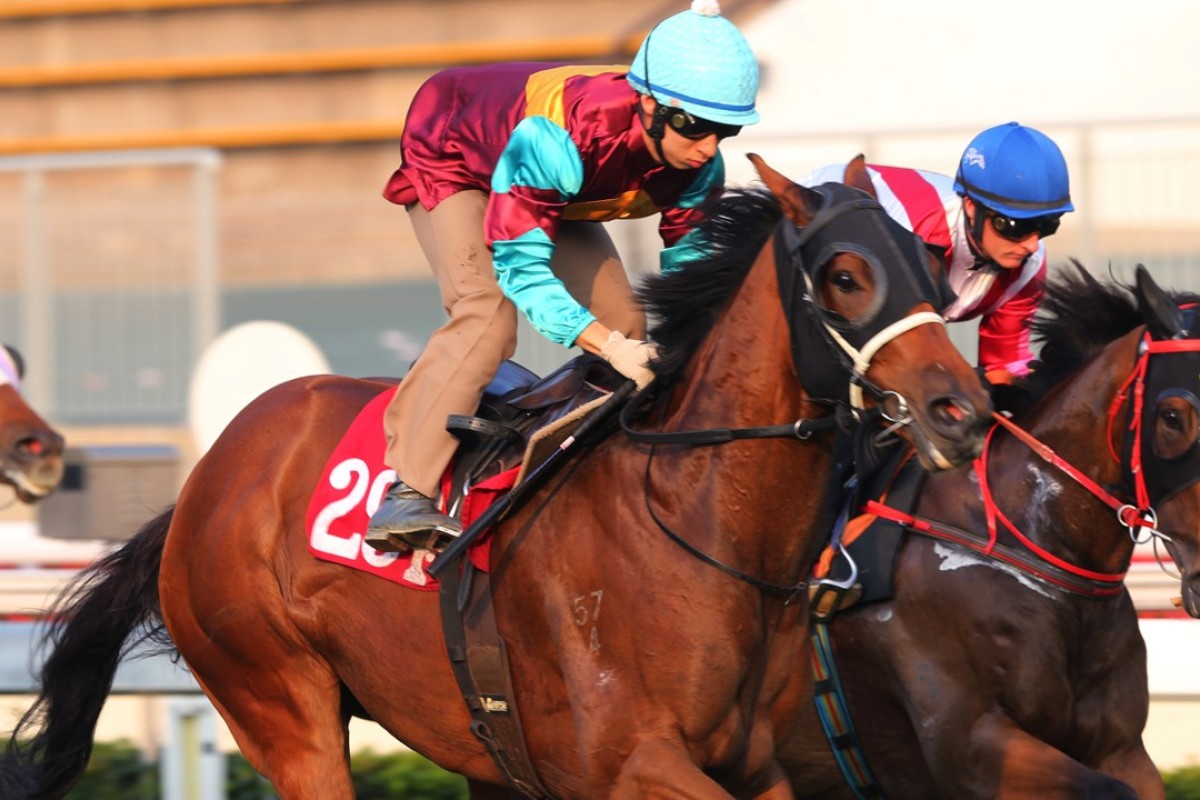 The Richard Gibson-trained three-year-old Victory Power caught the eye of the stewards on Wednesday night at Happy Valley and looks a black booker from the meeting after a nice debut.

The gelding had shown ability in his trials in New Zealand and again at his second Hong Kong trial appearance, after Gibson fitted him with blinkers and he looked ready to take to the race with a knockout sort of a chance.

That chance probably disappeared when Victory Power drew wide at the 1,200m start on Wednesday night but he made a good fist of his first appearance in a race despite that and finished fourth to Clear Choice.

Connections were faced with the decision to go back or forward from the 10 draw and elected to ride for luck, with Matthew Chadwick slotting him across behind the field early.

Clear Choice obliged as the favourite in the Ewo Challenge Trophy, a race which dates to the 1920s in Hong Kong and was the back end of a race-to-race double for Keith Yeung #HappyWednesdayHK pic.twitter.com/S35Q6JWdrW

He found the rail and never left it, following the pack for most of the race and with Victory Power showing a few of the traits of greenness that have characterised his trials but are perfectly reasonable in an unraced horse.

But what was to like was how Victory Power applied himself down the straight when he was asked, finding the line well to be in a photo for third and stewards queried Chadwick for looking around in the run home.

He is a New Zealand-bred son of the quickly successful Oasis Dream stallion Power and out of a Zabeel mare, so Victory Power has an interesting look to his pedigree that might see him get a little further as he matures.

In the same race, Master Viking’s days of being promising are well past but the six-year-old still has wins in him judging by his sixth.

He missed the start then went around the field to sit wide before hanging tough until the final 100m to be less than two lengths from the winner.

His last win came almost a year ago off a rating of 56 but he is now down to 49 and he only needs to get a little more luck in running to score that seventh win.