The two-year-old comes away for another easy win, despite being challenged mid-race 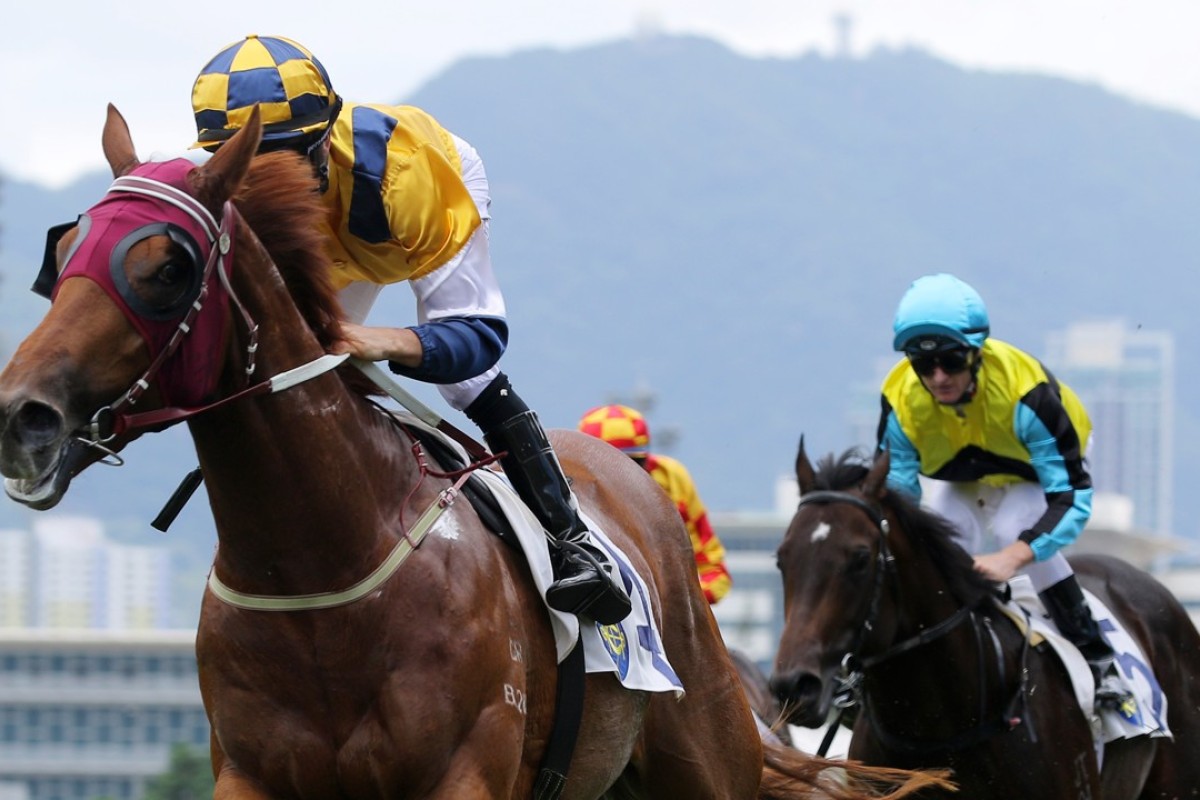 Talented two-year-old Styling City faced a mid-race challenge but the shortest-priced favourite of the season responded in style to remain undefeated with a strong performance in the opening race at Sha Tin on Sunday.

After recording a dominant six-and-a-half length victory on debut and meeting virtually the same rivals again, John Moore’s gelding was all the rage with punters, jumping as a $1.15 chance in the Cheung Cup (1,000m).

But Zac Purton, who was riding second favourite Quadruple Double, went out to ensure it wouldn’t be another cakewalk.

The Australian poured on the pressure halfway through the race, going toe-to-toe with Styling City for about 200m before the favourite showed his class, pulling away to win by two-and-a-half lengths under the guidance of Joao Moreira. The first two gapped the other four griffins, with Romantic Bonanza the better part of five lengths away in third.

Moore was delighted with the run, but more impressed with how Styling City fought back after being tested.

“It means we’ve got something there,” he said.

“I’m very pleased he has continued on the same path and showed a bit of internal fortitude when Zac wanted to get him a neck behind and test whether he may have been that little bit timid but Joao said ‘no, I kept him right into it’, and then in the end with a few slaps around the backside, he changed gears.”

The trainer had no issue with Purton’s tactics.

“That’s just the way we do it – to test whether the favourite is going to be timid or not,” Moore said. “That’s what Zac was trying to do – shadow him, hoping maybe a slight bump would throw him off stride a bit – but he did pull away in the end so you could just say he was looking for 1,200m.”

The win will push Styling City out of griffin-only races but Moore expects to give him on more run this season.

“He has got a pretty decent sort of future but I’ll discuss it with the owner whether we run a 1,200m Class Three,” he said.

The win was the first of a treble for Moreira, who also collected the last two races on the programme some more promising types in Raging Storm and Hezthewonforus.

Hezthewonforus (Joao Moreira) outguns Win Beauty Win (Zac Purton) in a thrilling finish to the closer at Sha Tin, with both 3YOs set for bigger and better things #HKRacing pic.twitter.com/FqMEShGqiM

John Size’s duo both started favourite, but the latter did it tougher than the former, having to survive a protest from runner-up Win Beauty Win before being confirmed the winner after shifting out in the run to the line.

“The protest was interesting, but I think the right decision was made,” Size said.

“He looks like he’s got plenty of length about him and he’s a fairly controlled horse so I think he will win a few more races also.”

Raging Storm was visually the more impressive of the two bouncing back to record an impressive win after failing as an odds-on favourite in his previous start.

“He has been a little bit green in his races and I had to wait for him, so he had a couple of trials and some gear on his head,” Size said.

“Today was a little bit better, he has always had the ability, he just needed a couple of runs to get it together. It looks like he is there and hopefully he will win another one.”