He had no favours at Happy Valley, but Caspar Fownes’ Sky Melody is ready to fire 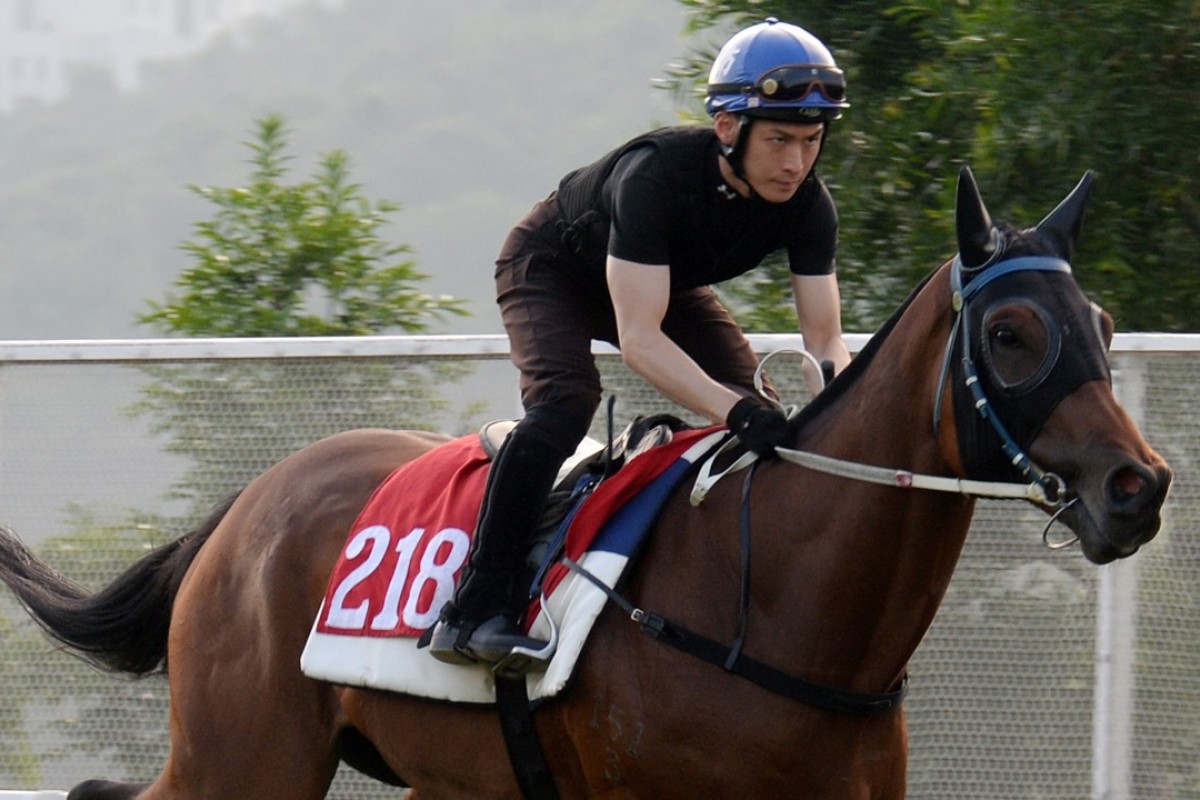 Sky Melody gallops on the Sha Tin turf on May 14. Photo: Kenneth Chan

Neither the stewards nor trainer Caspar Fownes were thrilled with Keith Yeung Ming-lun’s effort aboard Sky Melody, but he should go straight into the black book following his eye-catching run at Happy Valley on Wednesday night.

After jumping from barrier 10, the four-year-old went back and was trapped wide around the first turn before finding a spot one-off the rail and settling second-last in transit.

Yeung had to chase Sky Melody on the turn to get him moving but then he elected not to swing outside Rule Thee and into clear running down the middle of the straight, instead trying to save some ground and improve closer to the inside.

That move failed to pay dividends as he was caught up between horses, having to weave in and out before finding some space in the last 50m and savaging the line to finish fourth.

Sky Melody clocked 23.37 seconds for his final 400m, just .04 slower than second-placed Silverfield, who ran the quickest sectional of the race. While he may not have been able to pull back all of the length-and-a-half margin to the winner Outlawed, he would have finished much closer with clear running.

That was the gelding’s fifth start in Hong Kong since arriving from Australia off the back of two wins in Queensland, both of which were over the extended mile.

A century for Zac Purton, Me Tsui collects four-timer at Happy Valley

While Sky Melody’s supporters might have missed their chance to get a collect at juicy odds (he jumped at 29-1), it looks like he has acclimatised to life in Hong Kong and should be winning soon.

Another horse who appears ready to take the next step is Super Hoppy, who lived up to the form he had shown at the trials when winning at his first start for Danny Shum Chap-shing.

The four-year-old was undefeated at his three starts in Australia but didn’t really go on with it when he joined Manfred Man Ka-leung’s stable, apart from one narrow second in November.

That's a century for @zpurton for the season. Super Hoppy comes with a strong run to score his first Hong Kong win #HKRacing #HappyWednesdayHK pic.twitter.com/33Cqi0EBIo

After his fifth run in Hong Kong, connections decided to switch stables and Shum has brought him along slowly, winning two barrier trials before going to the races.

Super Hoppy’s effort on Wednesday night had plenty of merit, he was slow away with Zac Purton needing to bustle him early to find a spot and he still found a way to get over the top of Extremely Fun, running the fastest final 400m sectional of the night (22.26 seconds) in his first run for three months.

Shum thinks he “is better than Class Three” and will take plenty of improvement from the outing.