Alberto Sanna turns his frown upside down with 851-1 double

The Italian collects a double at Sha Tin with Bossiee and Looking Good, the perfect tonic after his best chance Mr Lumieres was scratched 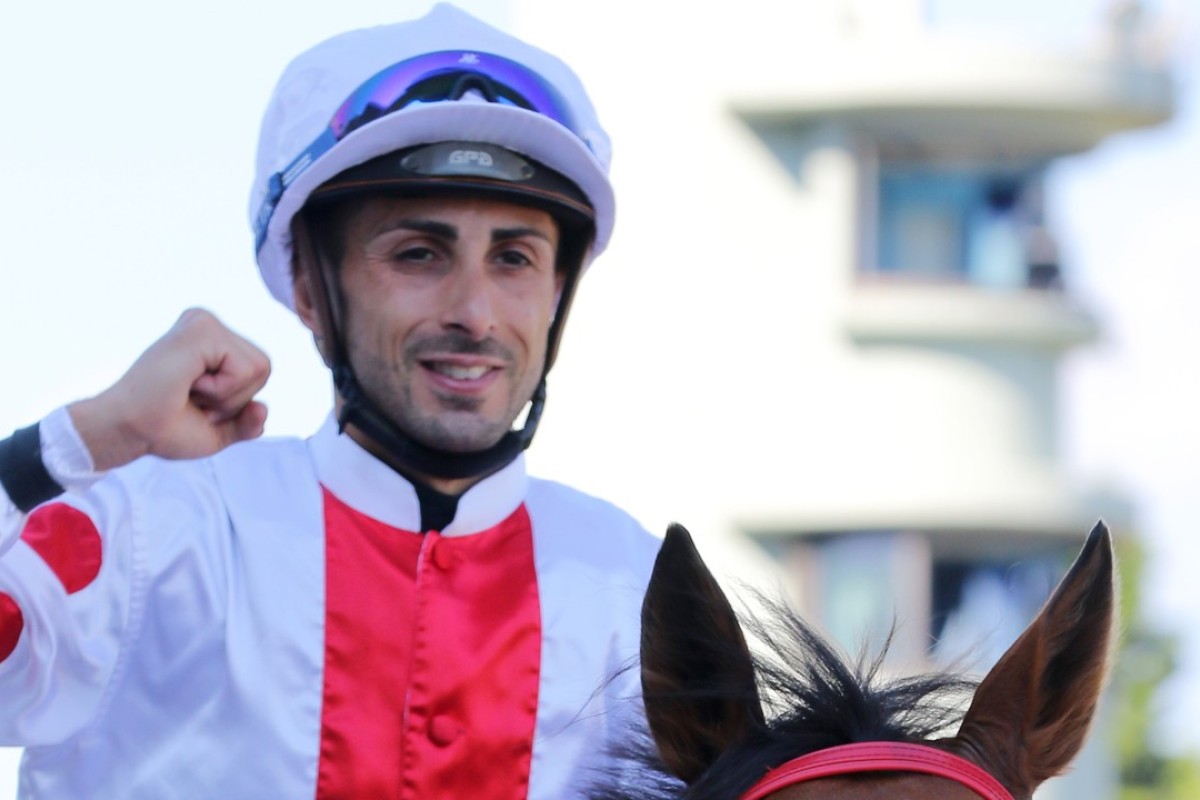 Alberto Sanna came into Sunday’s meeting wearing a frown, but he was looking good as he exited the Sha Tin jockeys’ room afterwards having collected a double.

The Italian thought his best chance of the day was gone after promising sprinter Mr Lumieres was withdrawn on Saturday, but he made up for it with an 851-1 brace.

“[Saturday] was very disappointing when I saw Mr Lumieres was scratched. He’s my horse, I love him.

“I was very disappointed last start and today was the time to prove how good he is, but we will just have to wait.”

The trials of the Frankie Lor Fu-chuen-trained Looking Good did not scream of a horse ready to fire on debut, nor did his trackwork on Thursday morning, but everything panned out perfectly, narrowly beating the two favourites Team Spirit and Goodluck Goodluck.

“It was good work, but it was difficult to say we were going to win the race,” Sanna said.

“He can be even better at 1,400m and he is still very green. We had some luck and a good draw and the instructions were exactly the way I rode him. Sitting behind the pace with cover, coming into the straight I took him outside and he hit the line very well.

“Mr Lor is a really good trainer, he knows exactly what he’s doing.”

Looking Good sprints through on the inside to win on debut for jockey @Albe_Sanna and trainer Frankie Lor #HKRacing pic.twitter.com/XiuQaQ172q

Sanna asked for some creative licence for his ride on Bossiee, his wish was granted and connections were rewarded as the Derek Cruz-trained seven-year-old got his nose in front on the line after settling last.

“Today I asked the trainer to let me ride him as I want and they said ‘yes, you have won on him so you can ride however you want’ and it worked out.

“I think the track the way it is helps horses coming from behind. With Bossiee, in the beginning I went back and normally he is a super keen horse.”

“I’m happy to win for Mr Cruz because he was the first one to give me a winner here, so it’s good to be back winning for him.”