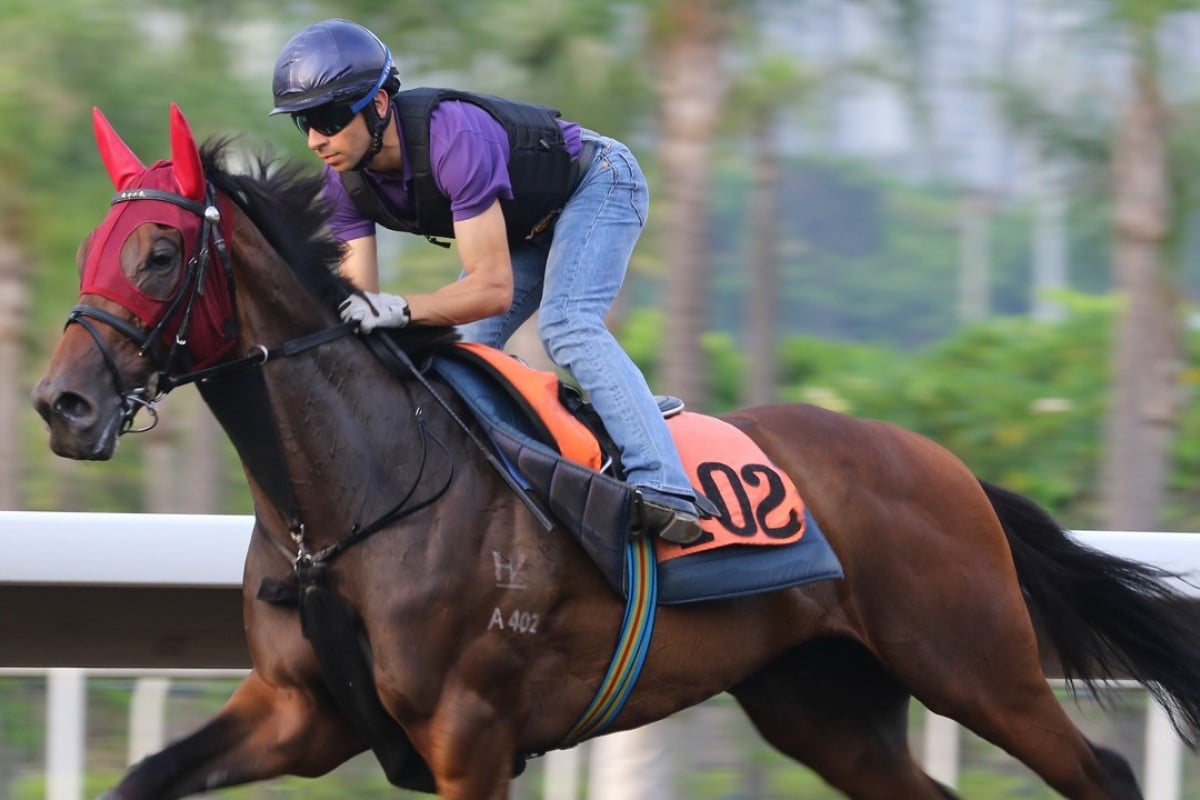 He might not be Werther, but John Moore hopes Circuit Glory can land his first Hong Kong victory in the Class Two Le French May Trophy (1,800m) at Happy Valley on Wednesday night.

Both Werther and Tavidream, as Circuit Glory was called when racing in New Zealand, won the Championship Stakes, sparking comparisons between the two.

“When the horse first came to my stable earlier this year, one of the owners said to me that he was better than Werther at the same stage in New Zealand,” Moore said.

“He’s definitely the pick of my two. He needs it a bit softer underfoot, which he gets at Happy Valley and he’s run well there the two times that he’s gone across town. He’s had a couple of issues but I believe he’ll be cherry ripe next season.” The four-year-old over-raced over 2,000m last start, but he had been knocking on the door in his three previous runs for Moore, placing on each occasion.

He steps back in trip for this contest, with Joao Moreira taking the ride from barrier six.

The five-year-old has disappointed since arriving at Sha Tin after winning the Group One Grand Prix de Paris when known as Mont Ormel – unable to find the winner’s circle since that race in July 2016.

Helene Charisma also held an entry to Sunday’s Group One Champion & Chater Cup, but Moore has elected to go for the easier option.

“Helene Charisma trialled really well at Happy Valley the other day and maybe he just likes that bit of cushion he gets at the Valley. The jury is still out in respect to whether he is genuine, though, and the only way I can put it is that he’s a horse that can’t be trusted. He’s got plenty of talent but he just doesn’t produce it on race day,” Moore said.

“He brings some good form to the table though for a race like this and you’d go in thinking he’s a chance, but knowing that he just hasn’t quite switched on mentally, he’s one to keep a close eye on here for the future.”