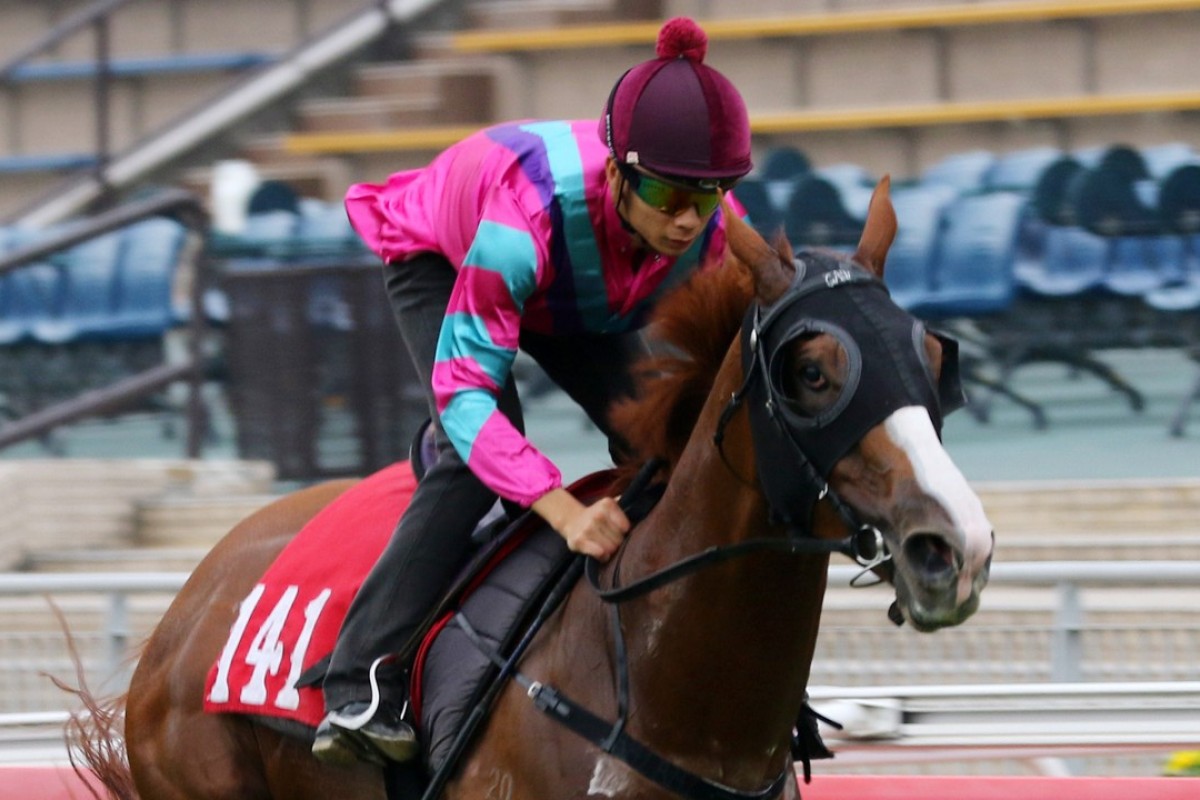 After struggling through the first four runs of his career, Striking Mr C is ready to show his best after an improved effort at Sha Tin on Sunday.

The Benno Yung Tin-pang-trained youngster notched results of seventh, sixth, seventh and 10th to open his career but it now looks like he has turned the corner.

It started with a good barrier trial earlier this month, when the trainer applied blinkers and the gelding ran on nicely to take out a 1,000m hit-out on the Sha Tin turf.

That suggested a better performance was coming and that is exactly how it turned out.

Yung switched back Striking Mr C to the all-weather track – the venue of his previous two runs – for the Class Four Piper’s Hill Handicap (1,200m) with Derek Leung Ka-chun taking the ride.

Apprentice Matthew Poon and trainer John Moore team up for the win as Happy Meteor strides away with the fourth at Sha Tin. #HKracing pic.twitter.com/xPWyDwczN6

The leading local jumped well from barrier eight and pushed forward, but was trapped three-deep without cover behind Happy Meteor and Flying Godspell.

Despite the wide run, Striking Mr C kept to the task in the straight and while he wasn’t capable of running down Happy Meteor, he did keep the rest of his rivals at bay to finish second.

It was a significant step forward from the three-year-old, who is starting to acclimatise to life in Hong Kong.

He weighed 1,281 pounds for his first run, dropped down to 1,239 for his third run and was back up to 1,256 for Sunday’s race which suggests his is now finding his groove.

Striking Mr C’s sire Super Easy was a sprinter who started his career in New Zealand before going on to become a multiple Group One winner and Singapore’s Horse of the Year when trained by Michael Freedman.

That pedigree means he is unlikely to stretch out over much further, but he looks ready to win on either track if he continues his upwards progression.

The other three-year-old to catch the eye on Sunday was Paul O’Sullivan’s rising star Win Beauty Win.

The gelding could not have been more impressive with a comfortable win in his first run in Class Two, beating some talented types in Solar Patch, Conte and Harmony Hero.

Win Beauty Win has enjoyed a terrific season, winning four of his seven starts while also finishing second twice, jumping from a rating of 52 to 90.

He is going to be a serious contender in next year’s four-year-old series.