With Joao Moreira leaving, even though Zac Purton has won the Jockey Challenge twice, it seems the locals are having a better chance to ride a better horse, it’s good news for them – @Ian__Sham

The sample size is incredibly small, but certainly the early results suggest the locals have benefited the most from the Magic Man’s move to Japan.

If you compare the first two meetings from last season and this season there is a big difference. 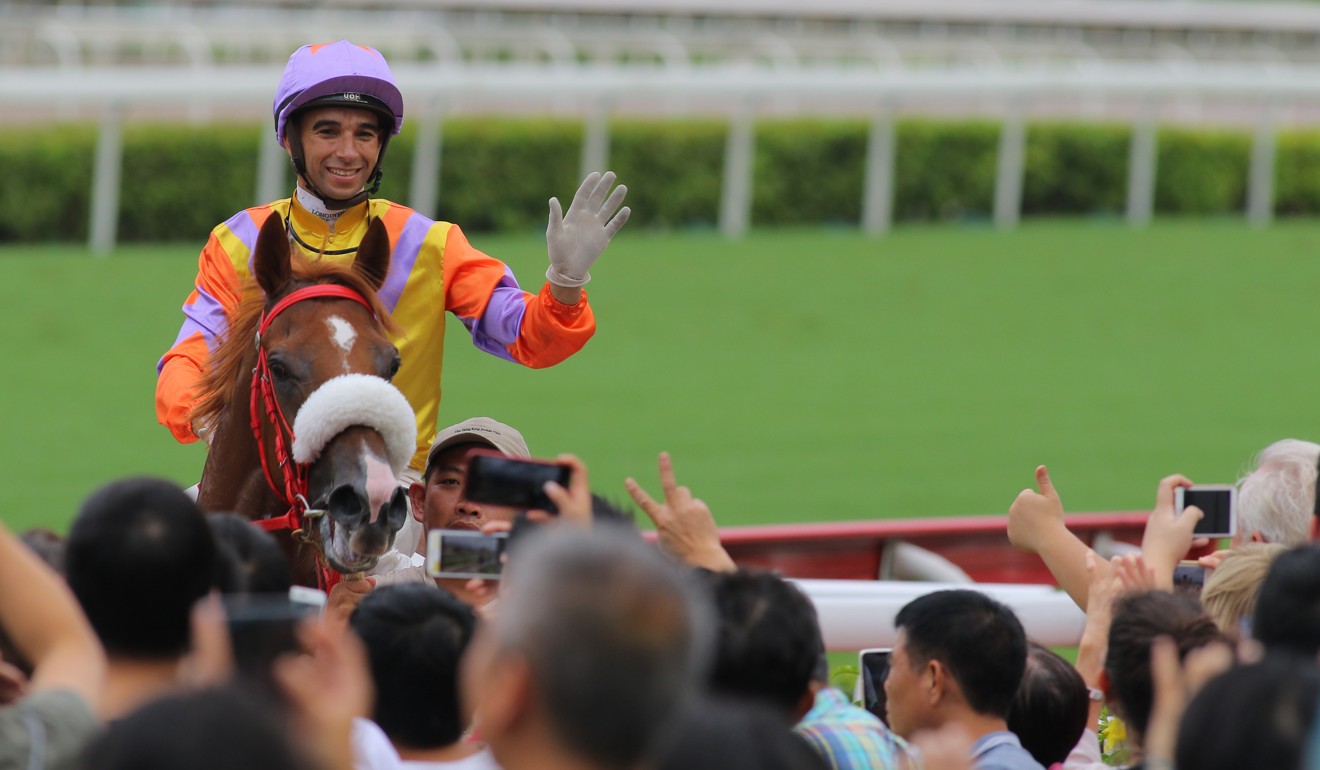 In 2017-18, 10 riders shared the spoils from the first 18 races. Moreira won seven (including the first five – which is still mind-boggling), Karis Teetan got three and then eight other jockeys had one win each, with only two of them going to locals (Matthew Poon Ming-fai and Matthew Chadwick).

This time around there is a much more even spread with 12 different jockeys tasting success – and eight of them are locals.

One element of that is weight – generally speaking expat jockeys struggle to ride those at the bottom of the handicaps and there have been a lot more lightweight winners so far this season.

That was one of Moreira’s big advantages (Purton has to push hard to ride at 120 pounds), so someone needs to pick up the slack and the locals have done just that.

On the nod! Vincent Ho gets Universal Go Go's head down in the nick of time to edge out Lotus Breeze in Race 4 #HappyWednesdayHK #HKRacing pic.twitter.com/BY3exJxQfx

In the first 18 races last term, just one winner carried 116 pounds or less and this time around there have been five – all ridden by locals.

Some of this is just luck and it could all turnaround very quickly – Teetan, who can also ride light, is yet to collect a winner and it would be a shock to see his run of outs last much longer.

The sample size is far too small for any big-picture conclusions – but trainers certainly seem to be giving the locals a chance and so far they are taking it. Most Beautiful storming down the outside – @mgnuss20

Most Beautiful’s win was the most significant performance of the night given he was the first Conghua-trained horse to win in Hong Kong, but the way he did it also caught the eye.

After settling at the tail of the field, the six-year-old rattled off the fastest final 400m sectional (22.60 seconds) on the night to claim the Class Four Middle Bay Handicap (1,000m).

Maybe the time in Conghua has given the horse a new lease of life, but given that was his first win in 27 Hong Kong starts, it might pay to be patient and see if he can back it up.

The race panned out perfectly for Most Beautiful and Dylan Mo Hin-tung – the leader Mr Right went quick through the early and middle stages and ran out of petrol late (although he did a terrific job to hold on for second) – which allowed the back-markers a chance to unleash their finishing bursts having done less work early.

Most Beautiful swoops down the middle under Dylan Mo and becomes the first horse prepped at Conghua Racecourse to win in Hong Kong. #HKRacing #HappyWednesdayHK pic.twitter.com/rPrwM8DnNK

It is not impossible to see Most Beautiful going on to string a couple of wins together now – he won two Listed races in Western Australia before being sold to Sha Tin so he has ability.

He jumps to the bottom of Class Three next start and for the sake of connections, hopefully Wednesday night’s win is not a one-off.