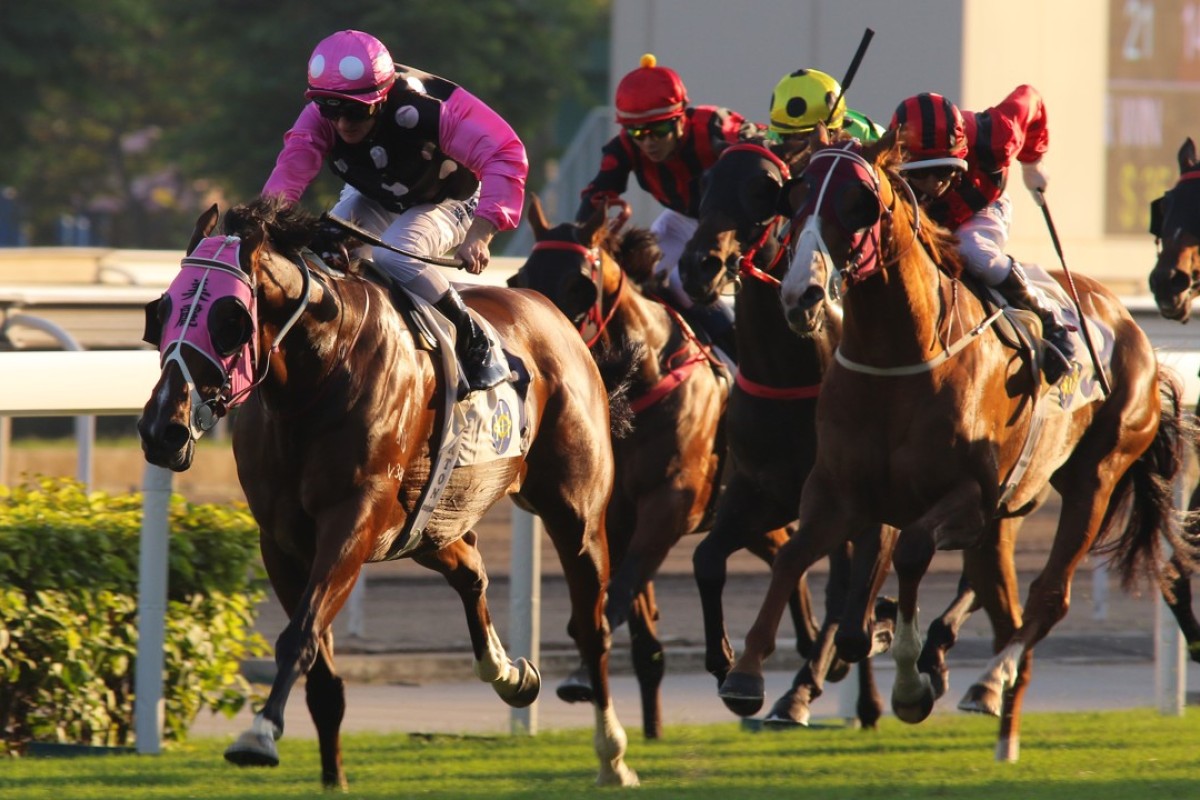 As he did when winning on National Day three weeks ago, Zac Purton was able to dictate the race from near the front on Beauty Generation and Moore was effusive with his praise for the six-year-old.

“What he’s done, carrying the top weight and still being able to run near a track record and beat them, you are going into champion class,” he said.

All the talk from Beauty Generation’s rivals in the build-up was about ensuring the reigning Horse of the Year didn’t get it all his own way out in front and Time Warp applied some pressure, but it mattered little.

“It was a phenomenal performance,” said Purton. “Time Warp was there to soften him up, so he never really got a breather, they kept him working the whole way and he still toughed it out at the end, like the honest horse that we’ve come to expect.”

The challenge for Moore now is keeping the horse at such a high level until international day in seven weeks, but the Australian didn’t seem to think that would be an issue.

“We just do what we’ve been doing,” Moore said. “I said to Zac ‘what do you think, trial him or not trial him?’ and Zac said ‘don’t trial him, he is absolutely cherry ripe, don’t do anything with him’. 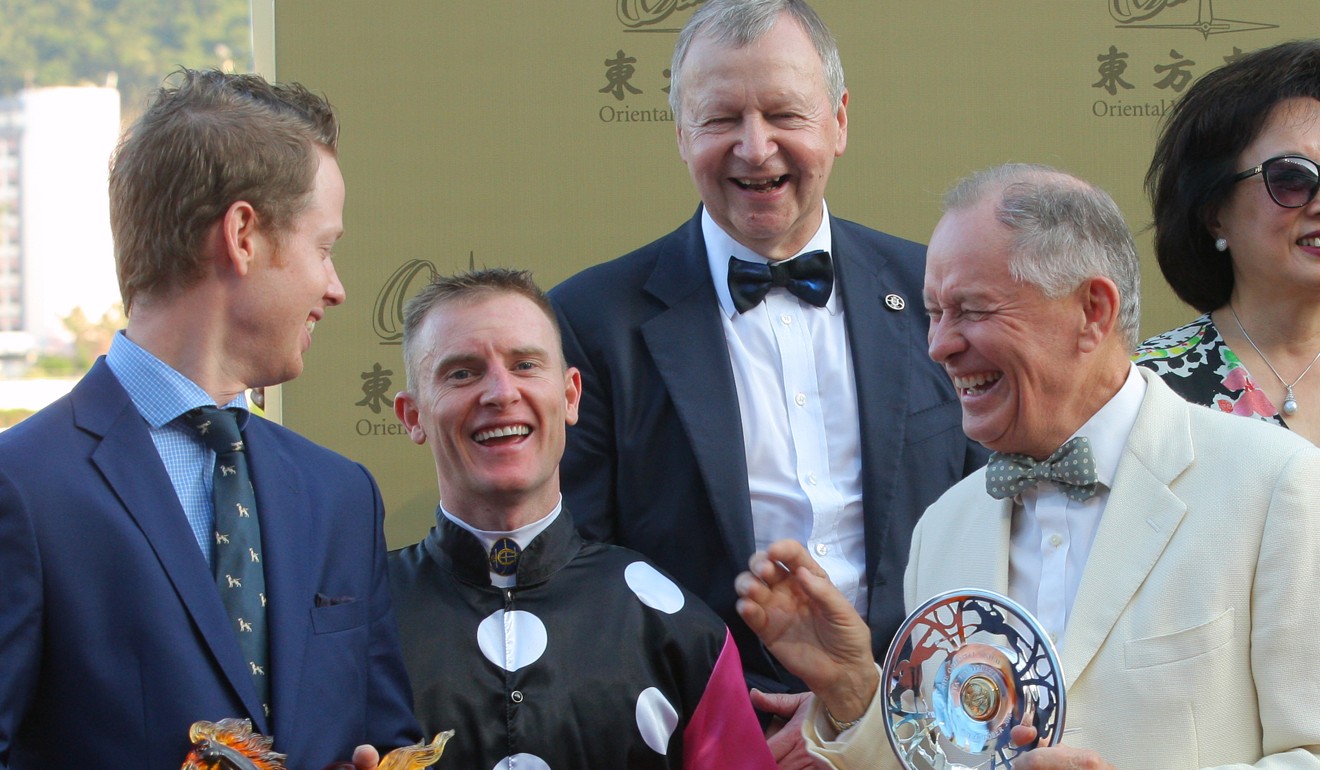 “He’s really hit a purple patch of form. I just think we’ve got him in the right frame of mind with the distance he is running and we just stick to it.

“And the plan just works perfectly. He’s just performing at the very highest level. He’s just in a fabulous frame of mind and doing everything right, what more could we ask?”

Beauty Generation’s next assignment will be the Jockey Club Mile on November 18, a race the gelding finished third in last year before taking out the Hong Kong Mile on the second weekend in December. 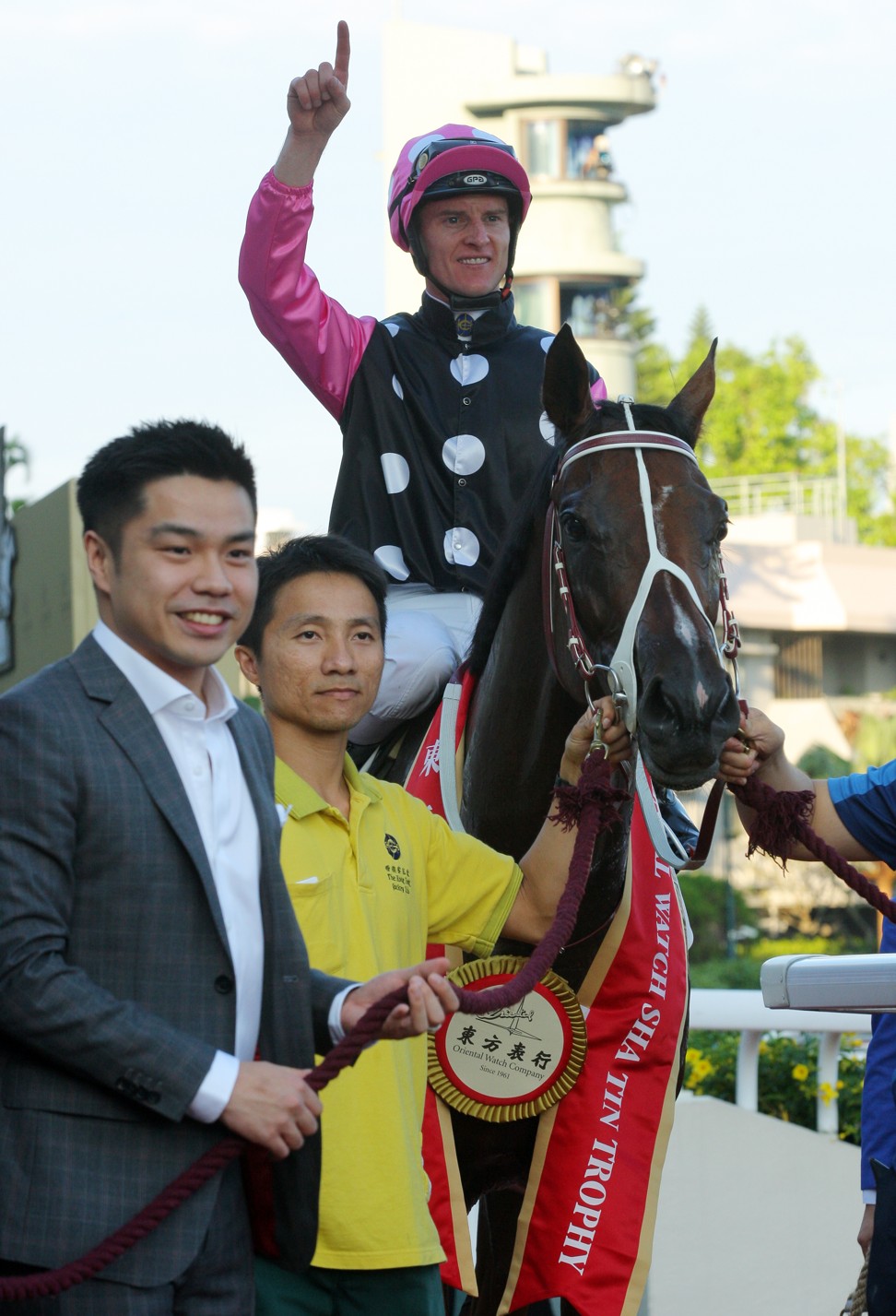 Hong Kong Derby runner-up Singapore Sling was another to impress from Sunday’s race, running on well into second to show he has returned in superb order.

“Good return, it’s just a shame Beauty Generation wasn’t softened up a little bit more by Time Warp but none the less we got beat, which is not what we wanted but we were very happy with how he returned and it’s exciting going forward,” jockey Chad Schofield said.

Eagle Way was enormous in third, weaving through the field in the straight after cornering near the back to post a result that came as a shock to Moore.

“He was a big surprise,” Moore said. “Eagle Way ran a good race, I was surprised on that firm track. I just said ‘ride him quietly and ride for luck’ and he got to the line really strong.” Eagle Way will next run in the Sa Sa Ladies’ Purse on November 4 on his way to the Hong Kong Vase.

Moore also had last year’s Hong Kong Cup runner-up Werther in the race, with the seven-year-old showing enough in his seventh-placed finish to convince Moore he is on track for another tilt at the 2,000m showpiece.

He progresses to the Jockey Club Cup on November 18 and Moore knows he’ll improve in a hurry: “He blew up quite a bit today but we know two runs for Werther should get him there.”

Pakistan Star loomed large outside Beauty Generation at the 300m but peaked on his run and finished fourth.