The race delivers the same one-two finish as a year ago, but it’s a different jockey and trainer sharing the spoils 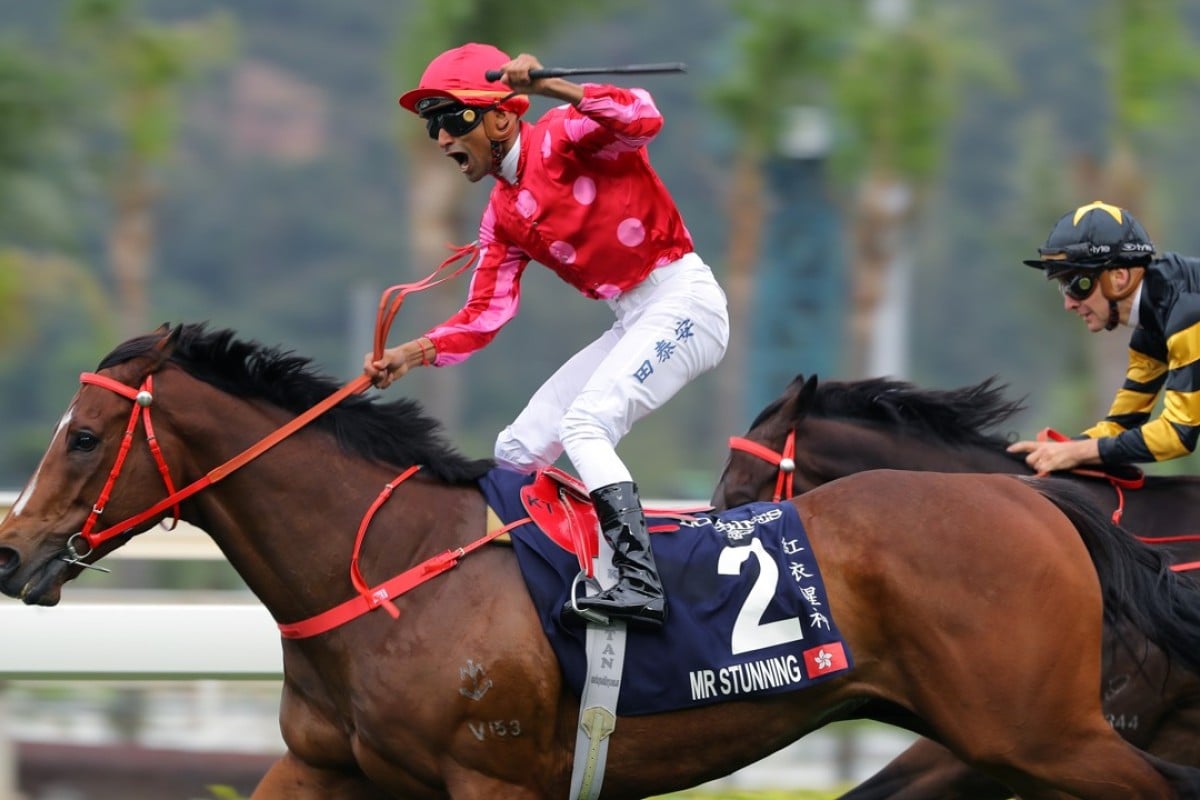 The Longines Hong Kong Sprint delivered the same one-two finish as a year ago, but that was where the similarities ended with Mr Stunning’s win giving Karis Teetan and Frankie Lor Fu-chuen the Group One success they so craved.

After acquiring Mr Stunning from his old boss John Size ahead of this season, Lor watched on as his stable star held off Size’s D B Pin for the second year running.

The win was comfortably the biggest moment of Lor’s career but it had competition only two hours later, with his four-year-old Glorious Forever taking out the Cup. 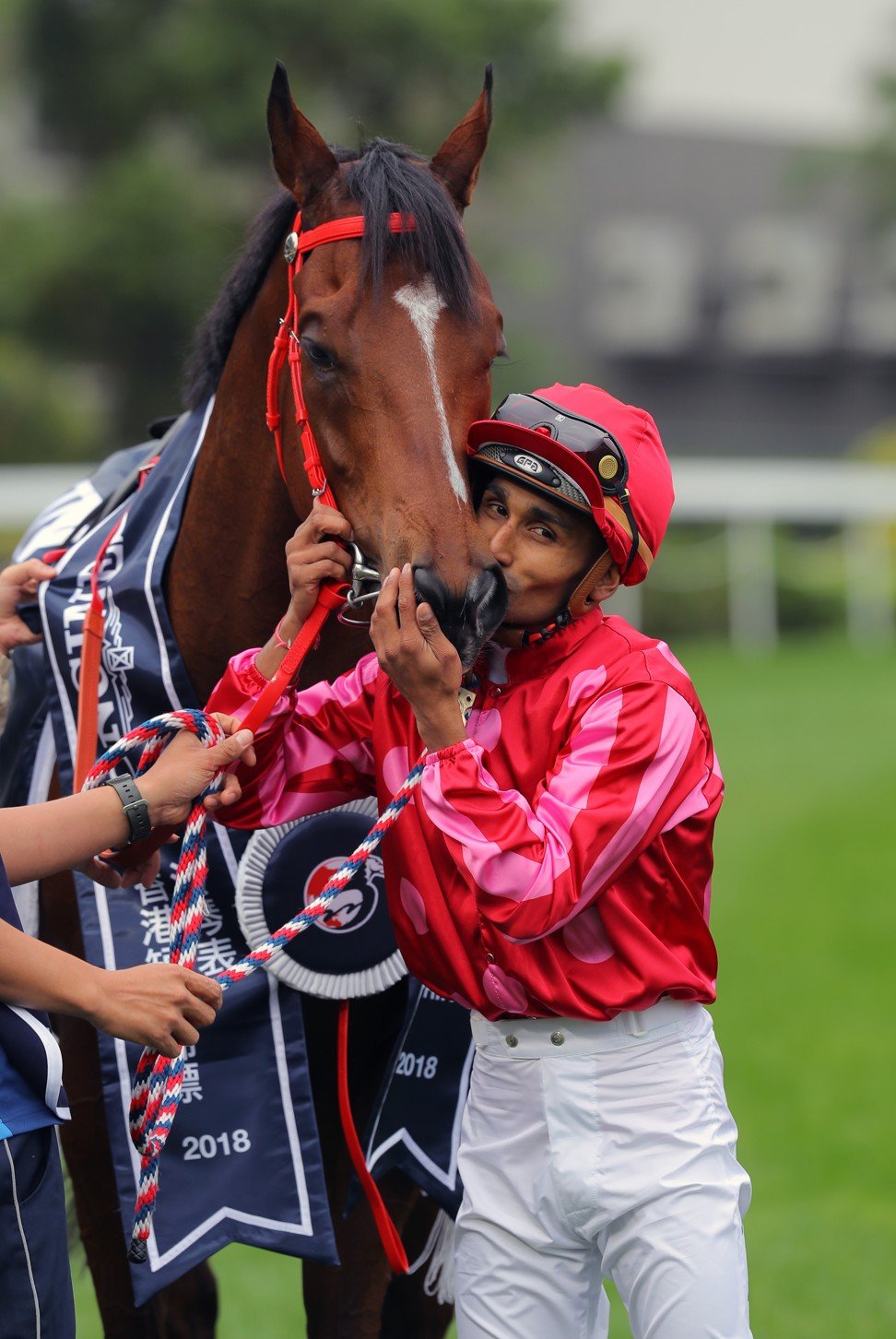 Mr Stunning’s win was of no less significance for Teetan, who rode the horse early in his career but was watching on from the sidelines 12 months ago as Nash Rawiller piloted the six-year-old to victory.

“This is incredible, I’ve never felt like this,” said Teetan after his first top-level success, with his best previous result a Hong Kong Group One. “It’s the first time I’ve heard the crowd shouting like this.

“When he gave me a kick it was incredible, only this horse could give me this win today. It’s been a long story, 12 months ago when he won this race I was in the stands watching him.

“I just want to take this win and appreciate it. This is a dream come true, I cannot believe I’m standing here and doing this.” 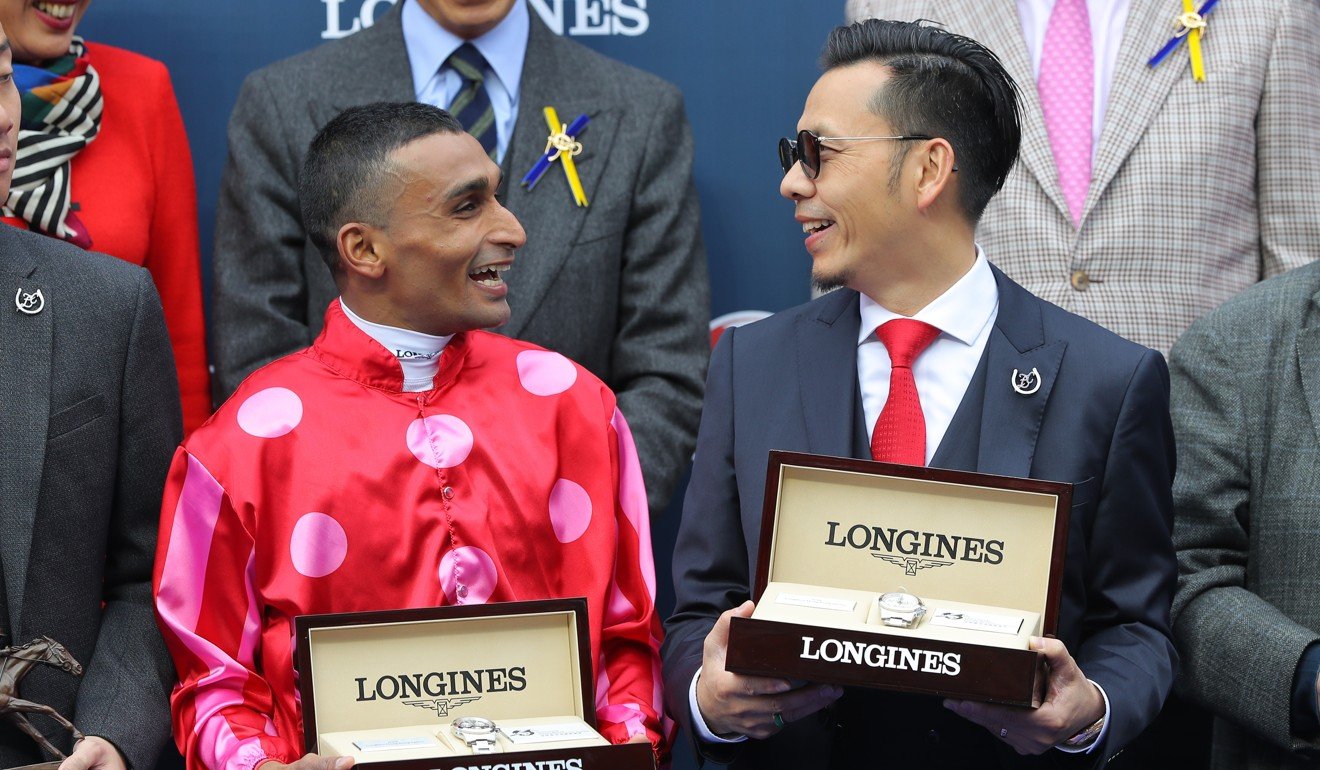 While Lor’s breakthrough came at the expense of old mentor Size, who not only trains D B Pin but also third finisher Beat The Clock, the second-year trainer was confident there would be no hard feelings.

“I think he will still be happy because I worked for him. He was a very good boss,” Lor said. “I’m very happy today. Karis did a great job.

Great jockey cam footage in the thick of the action during a thrilling LONGINES Hong Kong Sprint #HKIR #HKracing pic.twitter.com/lGwVLxsvvS

“I took along time to get the licence so I need to try my best to keep going and get more Group One winners.”

Mr Stunning stalked leaders Hot King Prawn and Ivictory in the run before popping out in the straight, finding the lead at the 150m and holding off D B Pin by three quarters of a length.

“My horse was so relaxed underneath me and I just knew that when I pressed the button he was going to go because he felt different today.” 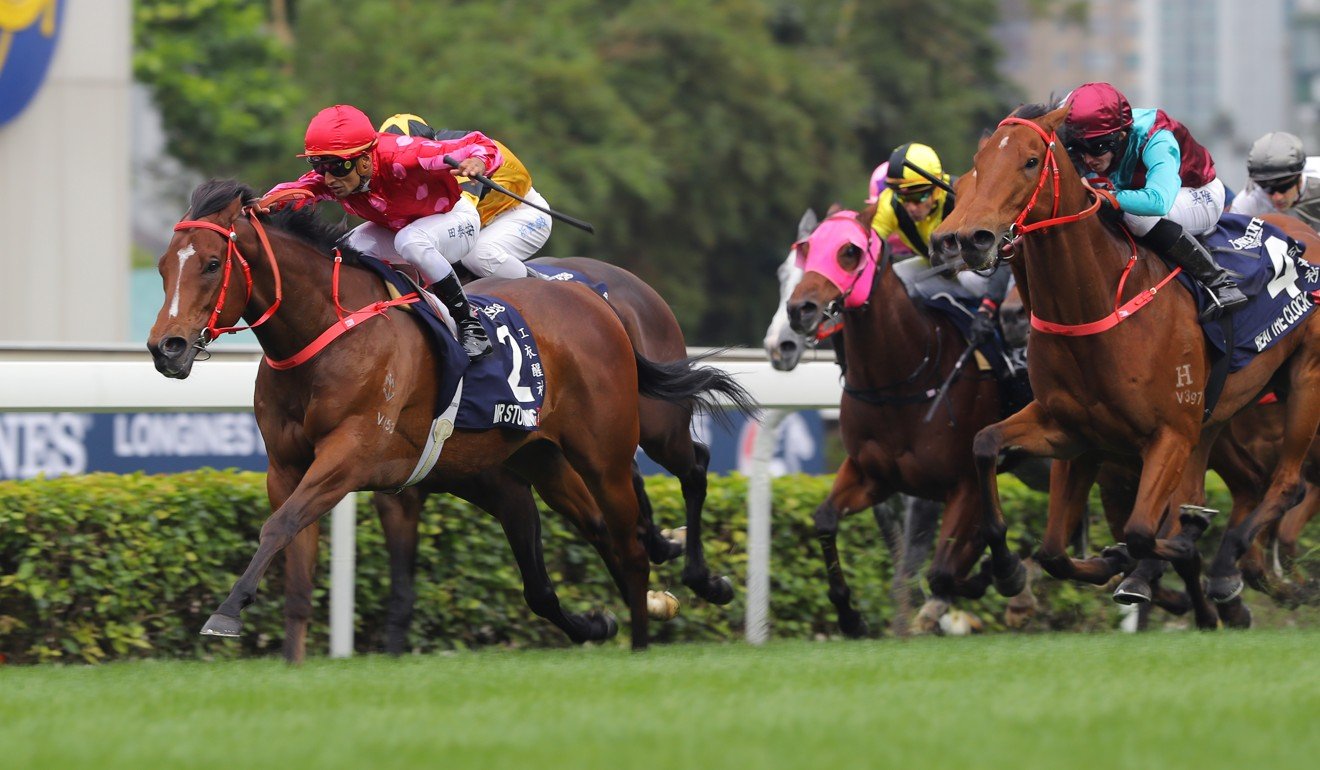 Hot King Prawn had beaten home Mr Stunning at their previous two meetings this season and jumped a $2.1 favourite, but was beaten a long way from home and faded to finish ninth.

“He did not race his best today,” jockey Joao Moreira said.

There was a time in the straight where it looked like Sam Clipperton may get D B Pin over the line at just his second start after a lengthy lay-off.

“I am very happy with the horse running well, but I am little bit disappointed being beaten,” Clipperton said. “At the end of the day I was going to be happy if he ran top four and he’s just been beaten. “It was an incredible training performance by John to get the horse here in great order after nearly 11 months off and he’s only just been beaten in a Group One. Provided he stays sound, it looks like he’s in a great position.”

Mr Stunning became the first horse since Lord Kanaloa in 2012 and 2013 to win back-to-back Sprints.