What the jockeys said after Exultant won the Hong Kong Vase 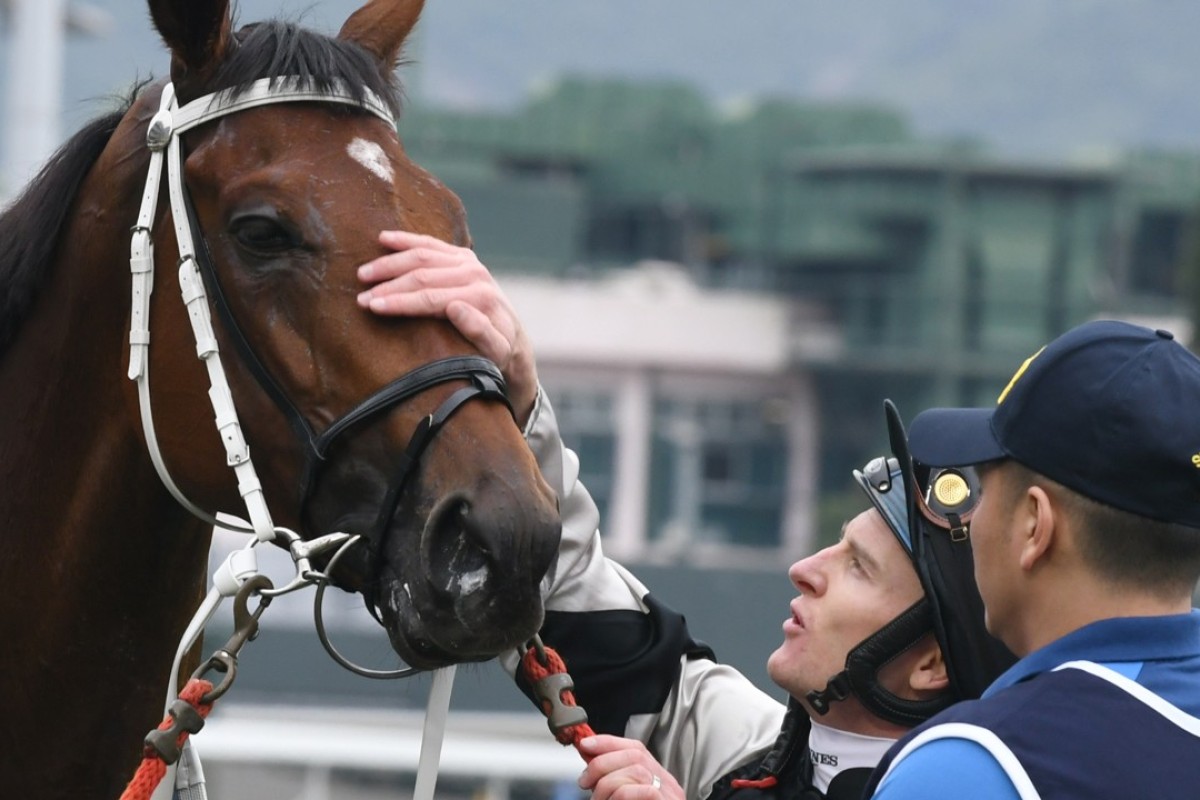 “I thought at that point he (Joao Moreira) had the better of me, he had the momentum. But my bloke just seemed to be loafing along a little bit and as Joao came to me he actually rolled in and bumped my horse. That seemed to fire him back up and he found his second wind then.”

“There is no doubt that her performance was outstanding against a horse running at its home yard and knows the track inch by inch. There were a few little issues that people might not have seen because I got held up, horses bumped me at 600 metres and she was hanging in the straight. Those little things can affect a horse’s performance and probably cost her the race. But overall I am extremely pleased with her performance. She is very talented and has proved that once again.”

“She had a dream run through behind the winner and she has a lot of stamina. She just lacked an instant reaction, but she fought all the way to the line and at this level that is certainly her best performance. I know the Japanese filly (Lys Gracieux) and she is a very good horse. I was happy – she kept on galloping and no excuses.”

“The race did not go according to plan. I was down on the rail and could not get out when I wanted to. It is disappointing not to finish better.”

“We were very tight for room and we had no luck. I had a good spot but when the pace steadied it did not suit me. They quickened up and I got tapped for toe and then squashed.”

“He ran better than he has been doing for the last three starts, but I thought that he ran like a 2,000 metres horse.”

“He did not travel great, but he ran respectably.”

“He ran super – just the draw beat him. He jumped out and wanted to head off the track early which is unlike him. He would have been right in the finish but for his draw.”

“I did not have the gate speed early and then he was stuck wide. He has not run up to expectations.”

“She was able to set her pace and run her race.”

“I thought he ran well enough. He has come a long way in a short time. I got back a bit and he was slow to muster. It has been a long season and he will be better next spring. He was checking off heels in the early part of the race and certainly could have done with a smoother run. He is a horse with a lovely action and finished off fairly.”

“He travelled well, but for a horse like him it’s difficult in Hong Kong. He is a mile-and-a-half horse but there are not many races at his trip and, the races that there are, are at the top level and he might not be quite up to that. But he is certainly better than he showed today.”

“I had a good spot but when the pace steadied it did not suit me. They quickened up and I got tapped for toe and then squashed.”