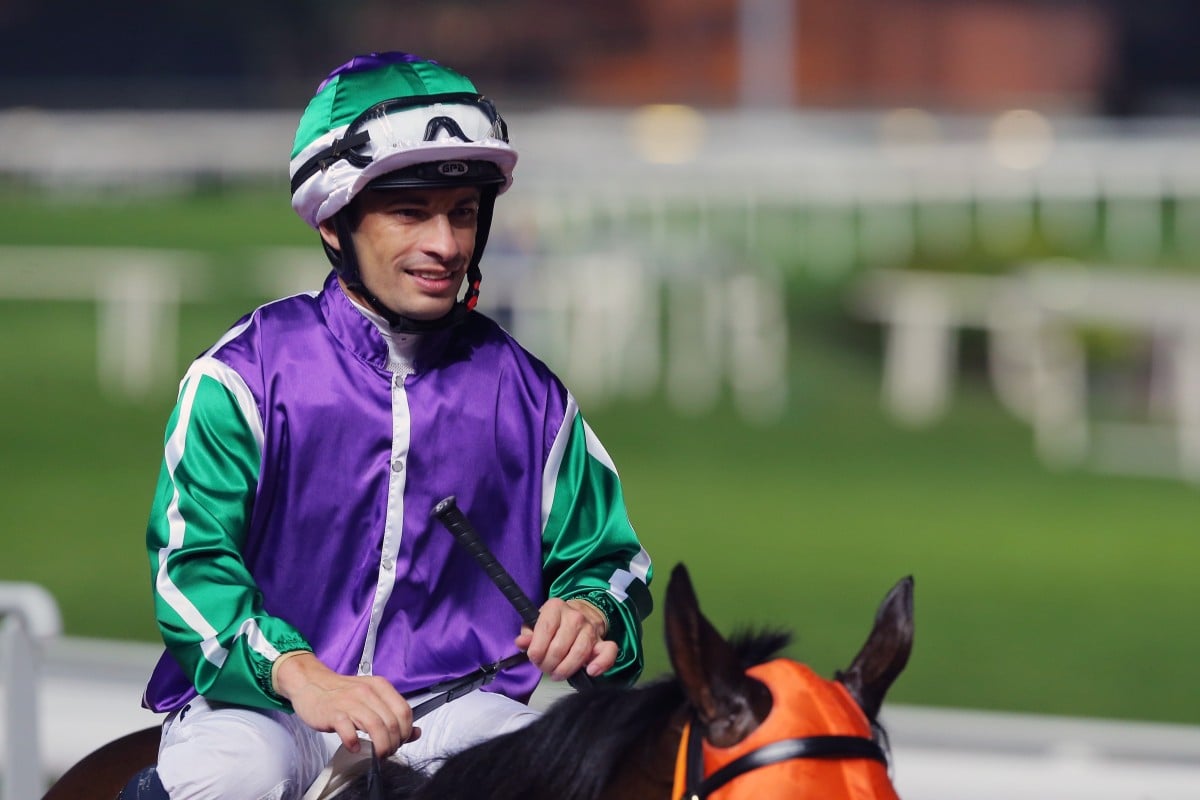 Red-hot jockey Silvestre de Sousa is in the midst of his best stint in Hong Kong but the Brazilian says he would be happy with just one more winner in his time here.

De Sousa has never ridden more than 16 winners in his previous stints in Hong Kong and currently sits on 15 after enjoying a dominant last month, which included winning the International Jockeys’ Championship and the Longines Hong Kong Cup on Glorious Forever.

With his contract set to finish at the end of February so he can fulfil his riding commitments in England, De Sousa said he had not set any targets going forward.

In a warning to fellow jockeys, De Sousa even said he was yet to produce his best work in Hong Kong. 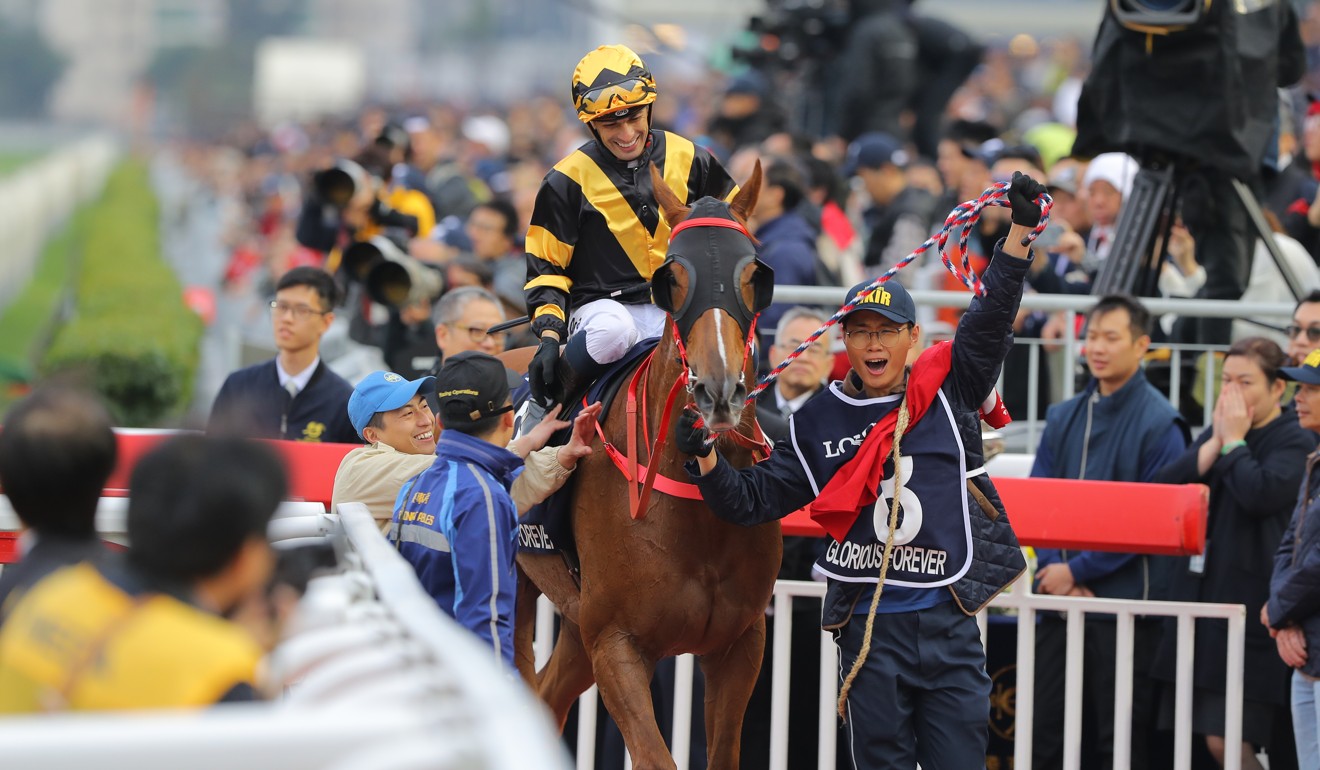 “I wouldn’t think it is my best but I have been having a good time here, I am getting plenty of good rides and the results are coming and I have got a couple of good races,” he said.

“One more [win], if I ride one more I will be happy, but I hope to just have a good meeting on Saturday and we can go on from there.”

He will line up on the Tony Millard-trained Pearl Champion in the Class Four Chun Shek Handicap, who looks close to breaking through for a maiden win after switching from the Michael Freedman stable. The four-year-old flashed home from the rear of the field last month to run second, and De Sousa believes the horse has improved again following a recent barrier trial.

“He ran a really decent race and he just got done on the line but I think that race will see him better off this time around,” he said. “He is a nice horse so I think he will be competitive now.”

A victory for De Sousa in the race would also mark Millard’s 600th winner in Hong Kong after the trainer has found himself stuck on 599 for over a month now. 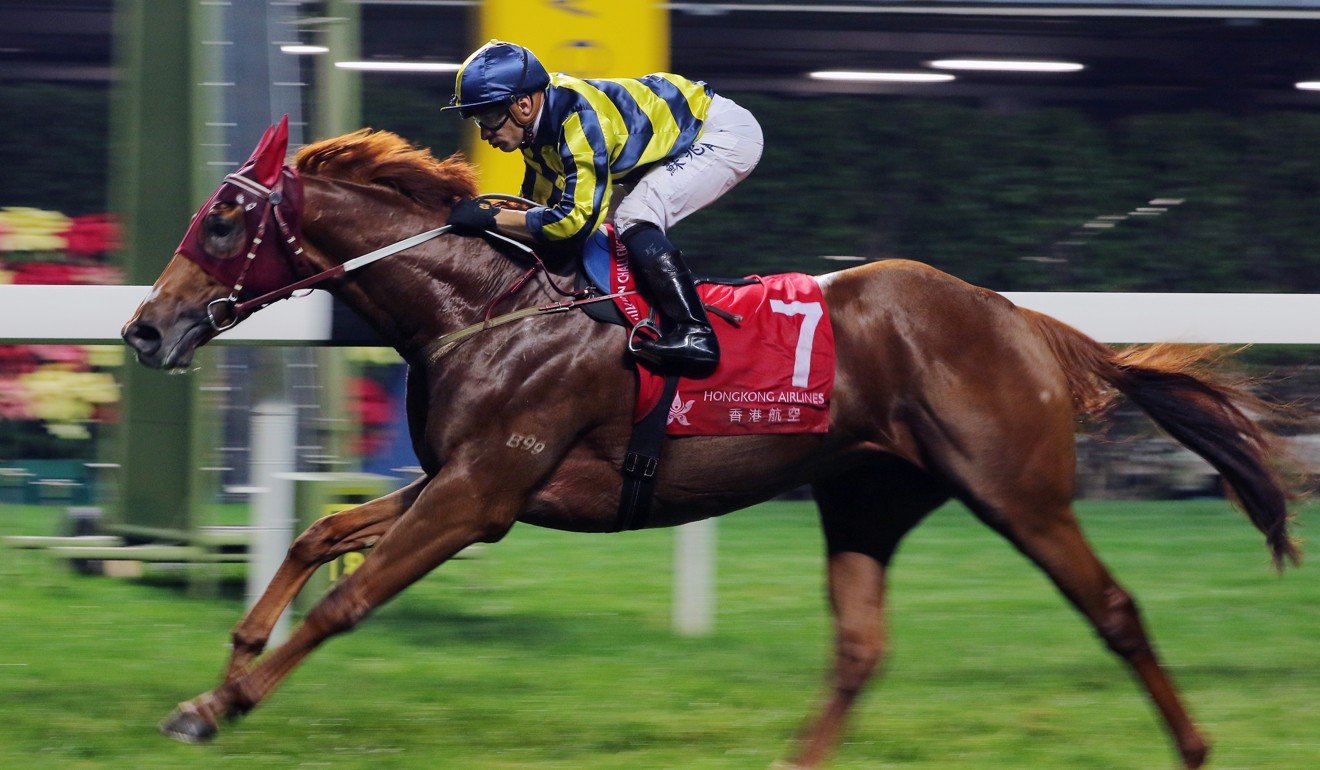 The race includes Frankie Lor Fu-chuen’s Ruletheroost, who will have his first start for the season, along with Richard Gibson’s Victory Power.

Pearl Champion is not the only former Freedman horse De Sousa will ride, with the Brazilian also partnering California Archer, who now finds himself in the Tony Cruz yard.

Like Pearl Champion, California Archer improved to run second in his first start for his new trainer earlier this month.

Alongside those two horses, De Sousa has a strong winning chance on Ricky Yiu Poon-fai’s Hainan Star who has come close to winning in all three of his starts to date.