Caspar Fownes gives the thumbs up after a winner. Photos: Kenneth Chan

Caspar Fownes will take his reliable galloper Southern Legend on a two-month mission to Dubai in an attempt to dodge the Beauty Generation juggernaut in Hong Kong.

The six-year-old has been one of the hard luck stories of the season so far, running second and third behind Hong Kong’s highest-rated horse in career-best performances after a breakout season in 2017-18.

With his galloper untried on the dirt so far, Fownes has nominated him for both the Group One Dubai Turf (1,800m) and a similar race on the dirt.

In an attempt to give Southern Legend the best possible chance of winning his share of Dubai riches, Fownes said he was preparing an entire preparation throughout the three-month carnival which culminates on March 30 with five Group Ones. 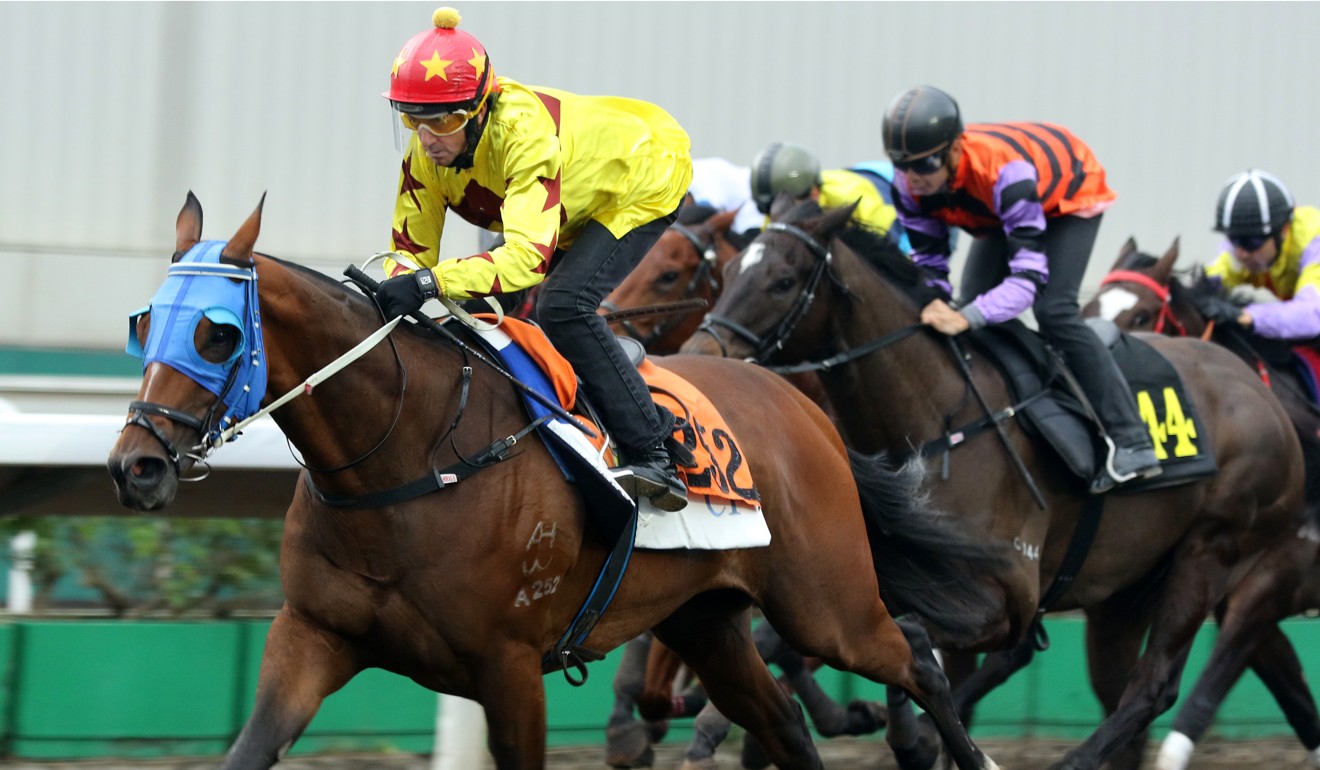 “The entries close on the seventh so we will enter him for a couple of races there, a few on the way through to the big night,” he said.

“There’s an 1,800m on the turf or a 1,600m on the dirt so we will enter him in a few races and then we will go there and try him on the dirt surface in the lead up and see how he goes.

“If he handles it really well, then we have options available to us, if not, then we go to the grass.”

Before he jumps on the plane to Dubai, Southern Legend will first tackle the Group Three January Cup (1,800m) at Happy Valley on Wednesday night before a decision is made on whether to run in the Group One Stewards Cup (1,600m) on January 20.

“At this stage we will see what happens after the race on Wednesday night but the plan is to go there (Dubai) at the end of January and then spend six to eight weeks there, do a full preparation,” he said. 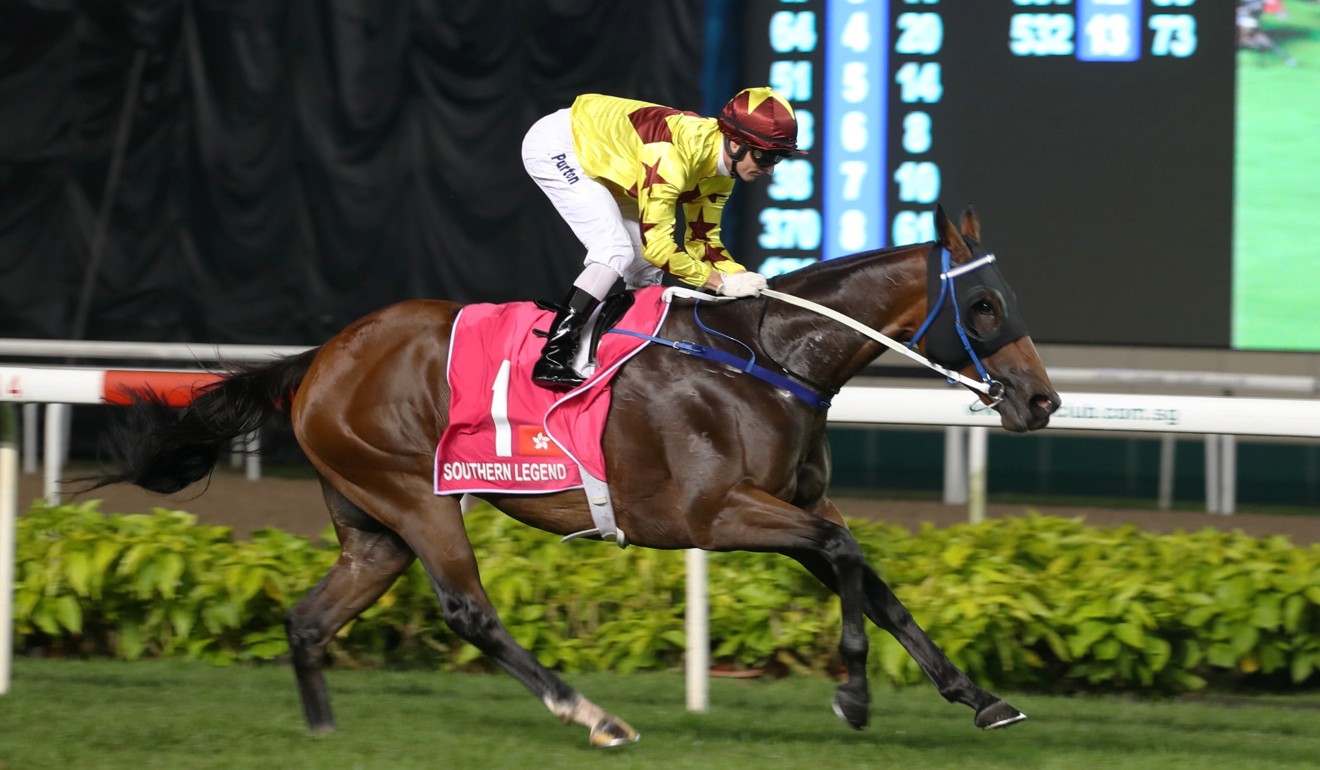 Trainer John Moore hasn’t completely shut the door on a trip to Dubai for Beauty Generation, saying on Sunday he will talk to the owners in the coming days and settle on the exact plans for the horse, however it seems unlikely they will include the UAE.

And while Southern Legend looks set to get his wish of avoiding the reigning Horse of the Year during his time in Dubai, he could run into Japan’s champion horse in Almond Eye.

The mare is considered one of the best in the world and has been nominated for both Group One events, the Dubai Turf (1,800m) and the Sheema Classic (2,410m).

Me Tsui Yu-sak is known as a dirt-track specialist and he proved again that reputation is deserved as Mongolian Legend collected his first Hong Kong victory in the Class Three Nga Tsin Wai Handicap (1,650m). 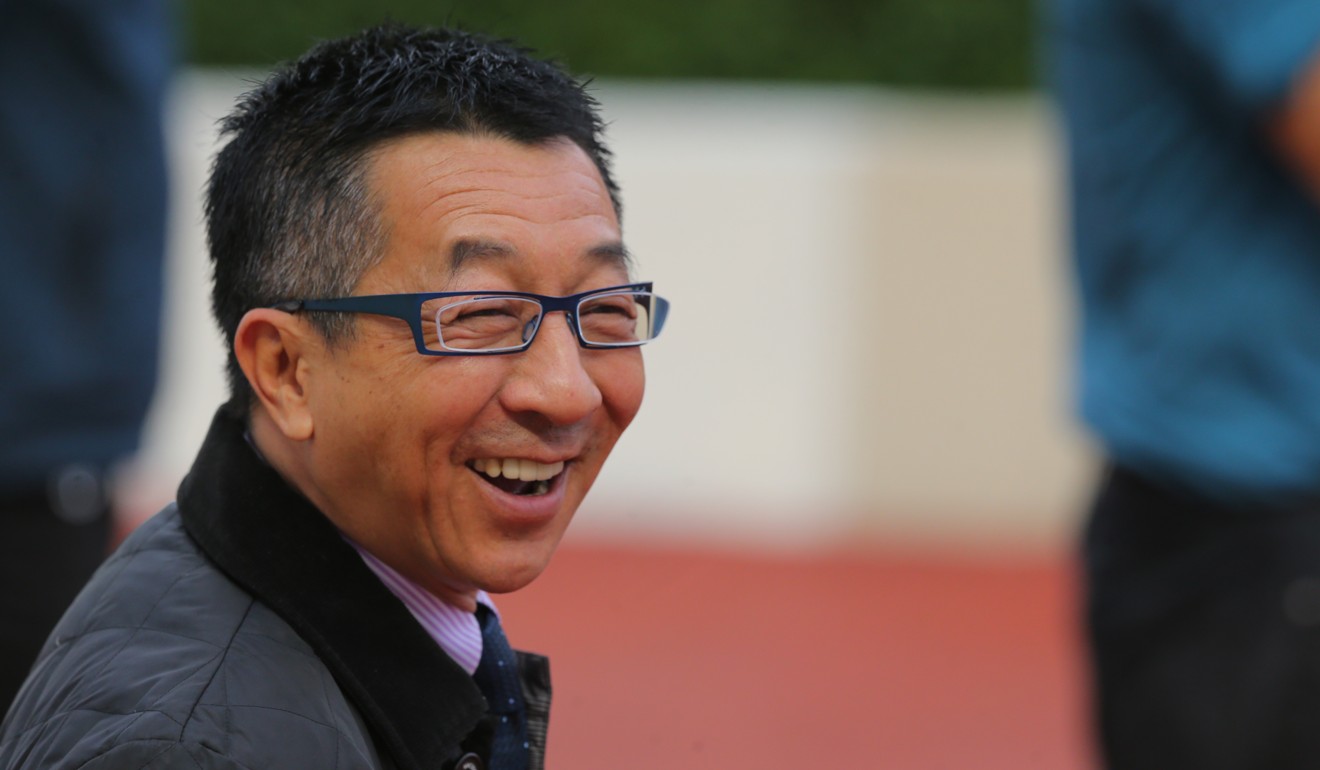 The gelding had built a strong record in New Zealand – winning five of his 13 starts (and coming ninth in the Group One New Zealand Derby) – before making the move to Sha Tin, but he had only been fair in his first eight starts in his new home, with his best effort a fifth on debut in May last year.

Given those results, Tsui decided to send Mongolian Legend to the all-weather track, but he’d never raced on anything like it in New Zealand and he had not shown much in his two previous trials on the surface.

That did not matter though, as the five-year-old was backed into $16 and Keith Yeung Ming-lun guided him to victory, running over the top of Right Honourable and Famous Warrior to land the prize.

Tsui then made it a double on the surface when Winning Supreme led all the way in the Class Four Sa Po Handicap (1,200m) at $8.7.

Another reminder that punters have to pay respect to any Tsui runner on the dirt.

It's @SilvDSousa from the front and this time there's no catching him as Winning Supreme overcomes Gate 12 to give Me Tsui a dirt track double. #HKracing pic.twitter.com/v876L1nSPk

Speaking of Dubai, the trainer is hoping Fight Hero gets a run in the Group One Golden Shaheen.

“We have entered him already for the 1,200m on dirt, it comes down to whether they accept me or not,” Tsui said.

Doors open and close for Yip and Purton

Inside runs can be a blessing and a curse – just ask Dennis Yip Chor-hong and Zac Purton.

The duo experienced the two extremes on Sunday as The Full Bloom squeezed through a tight gap to take out the Class Five South Wall Handicap (1,400m), while Hurricane Hunter lost all of his momentum when running into a dead-end in the Class Four Lok Sin Tong Cup (1,400m).

Both were short-priced favourites so punters rode every bump, but there were two different outcomes and that’s the way the cookie crumbles.

The door closed... but when it re-opened @zpurton didn't need an invitation; The Full Bloom gives Dennis Yip a Class 5 double. #HKracing pic.twitter.com/POCw94CoWU

In The Full Bloom’s case, after a few nervous moments the gap opened up and he had enough time to regather himself and hit the line, while Hurricane Hunter was full of running when he ran straight into the back of the tiring Leisured Feet before finishing in a dead-heat for eighth.

Yip continued his recent good form as Jimson The Famous (Karis Teetan) also won to give the stable a double (even though it probably should have been a treble), while Purton also tasted success with Danny Shum Chap-shing’s Dynamic Eagle.

Hats off to the brave barrier attendant whose quick thinking helped ensure Travel Successor didn’t do any damage to himself or others after burrowing under the gates before the seventh race.

When the gelding, who has proven difficult in the past, went to escape the confines of the machine, Donal Dunne rushed onto the track and grabbed the reins of the horse before he could run off down the track.

Once in the hands of Dunne, Travel Successor spent the next 15 seconds kicking and thrashing around because the saddle had slipped down to his groin, smashing through the plastic inside rail. 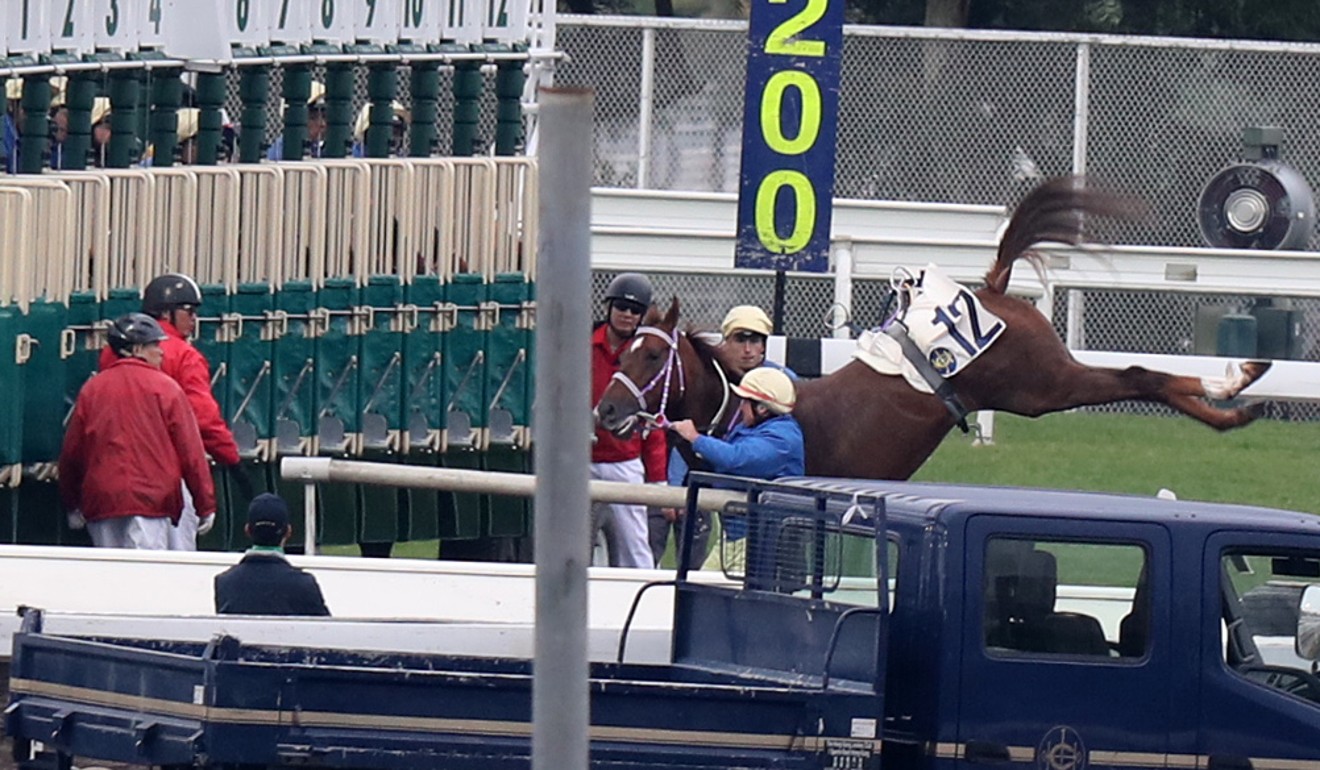 But that didn’t fluster our barrier attendant, who kept his cool while others were able to get around and remove the saddle to calm the horse down.

One of Dunne’s colleagues described him as “a very good horseman with no fear” – something we wholeheartedly agree with after Sunday’s effort.