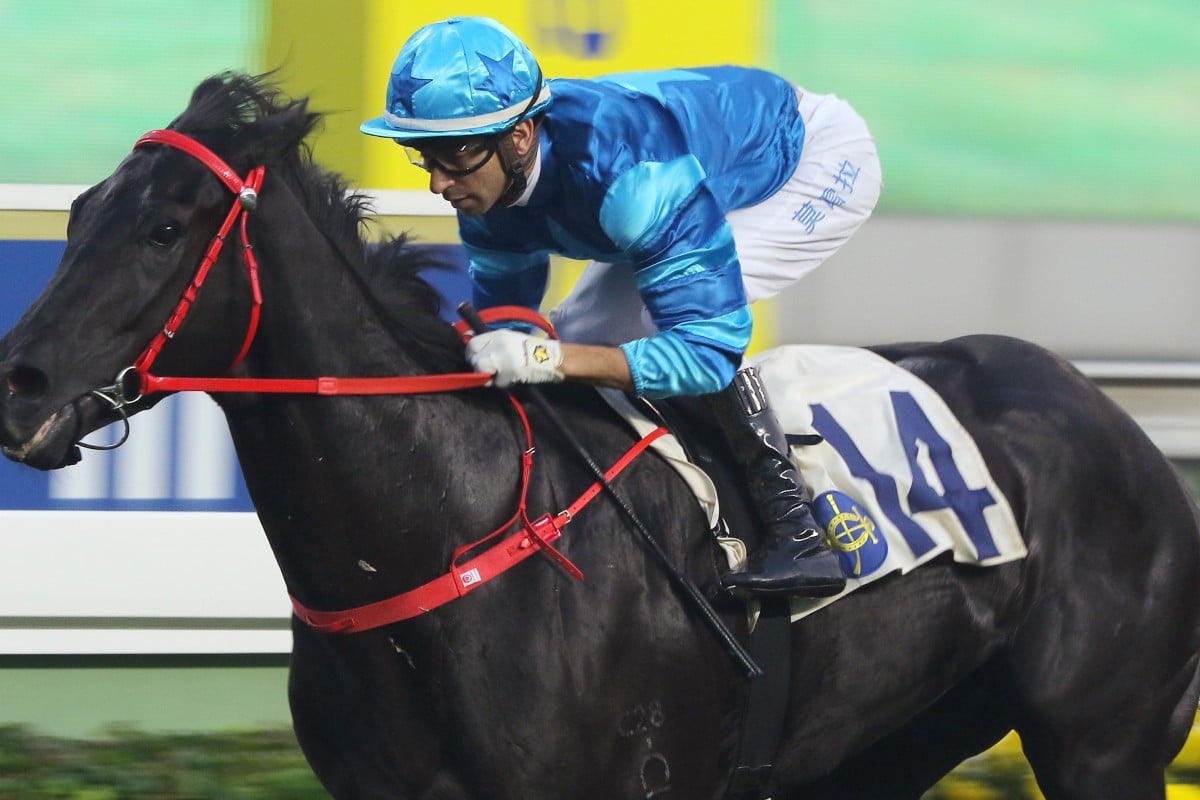 Sha Tin is accustomed to seeing John Size-trained youngsters in full flight and Saturday was no exception, however the master trainer walked away with a mixed bag of results.

Size came armed with a trio of three-year-olds, with the highlight coming when Tornado Twist flashed his ability to win the last race on the card, the Class Three Ventris Handicap (1,200m).

Tornado Twist is still a little green at the start but John Size's gelding blows them away at the finish in R10 under Joao Moreitra to look a very bright prospect indeed #HKracing pic.twitter.com/m0RNIhXdpm

Tornado Twist made it two wins on the bounce at start number three, with Joao Moreira finding his way through traffic after cornering midfield and drawing away for a convincing two-and-a-half length win from Matthew Chadwick on Loving A Boom.

“In his last two starts he’s looked progressive,” Size said. “He’s still only in Class Three company with a light weight but he can’t really do much more than that. That was improvement again today.”

After winning in Class Four last month, Tornado Twist was sent out at $1.8 despite the rise in grade and handled the step-up with aplomb. Size is unsure if the gelding will get a further trip and he is in no hurry to mess with a winning formula.

“If he stops winning at 1,200m I’ll think about [running him over a longer distance],” he said. “He seems like he can travel close enough.

“It was a fast-run race today and there was plenty of competition there and he still showed some acceleration in the finish, so I’ll be happy to leave him at 1,200m for a while.”

After snaring five winners on New Year’s Day, Size said “you can’t get the winners without the seconds in Hong Kong” and if that rings true – which most of what the star trainer says does – then he has another couple of horses that will be saluting sooner rather than later.

The Dubai dream is still alive! Elusive State needs to improve further to have any chance of fulfilling entries in the Godolphin Mile and Dubai World Cup but he's thriving for Tony Millard and lands the featured Leighton Handicap decisively to seal a de Sousa treble #HKracing pic.twitter.com/SsICl8ndsU

Like Chairman Lo, five-year-old Raging Blitzkrieg found only one too good, finishing behind Elusive State in the Class Two Leighton Handicap (1,650m) on the all-weather track, and Size is optimistic about what lies ahead for the pair.

“Yeah, they’ll win,” Size said. “Raging Blitzkrieg is very difficult to place, it’s hard to find a race for him and he’s run a lot more placings than he has wins.

“That’s because of the horse himself and his idiosyncrasies and his handicap, he keeps going up in handicap even though he’s not winning.

“Chairman Lo we’ll just have to wait to find his race, he’s a little bit one-paced and he’ll probably need another furlong to win.”

Chairman Lo was also sent out a $1.8 favourite – like Tornado Twist – but didn’t quite have the zip to run down Hinyuen Swiftness.

Not all the punters were left disappointed by the result, however, with the Dennis Yip Chor-hong-trained Hinyuen Swiftness putting the finishing touches on a betting plunge that saw the horse shorten from $23 to $7.8 before duly saluting.