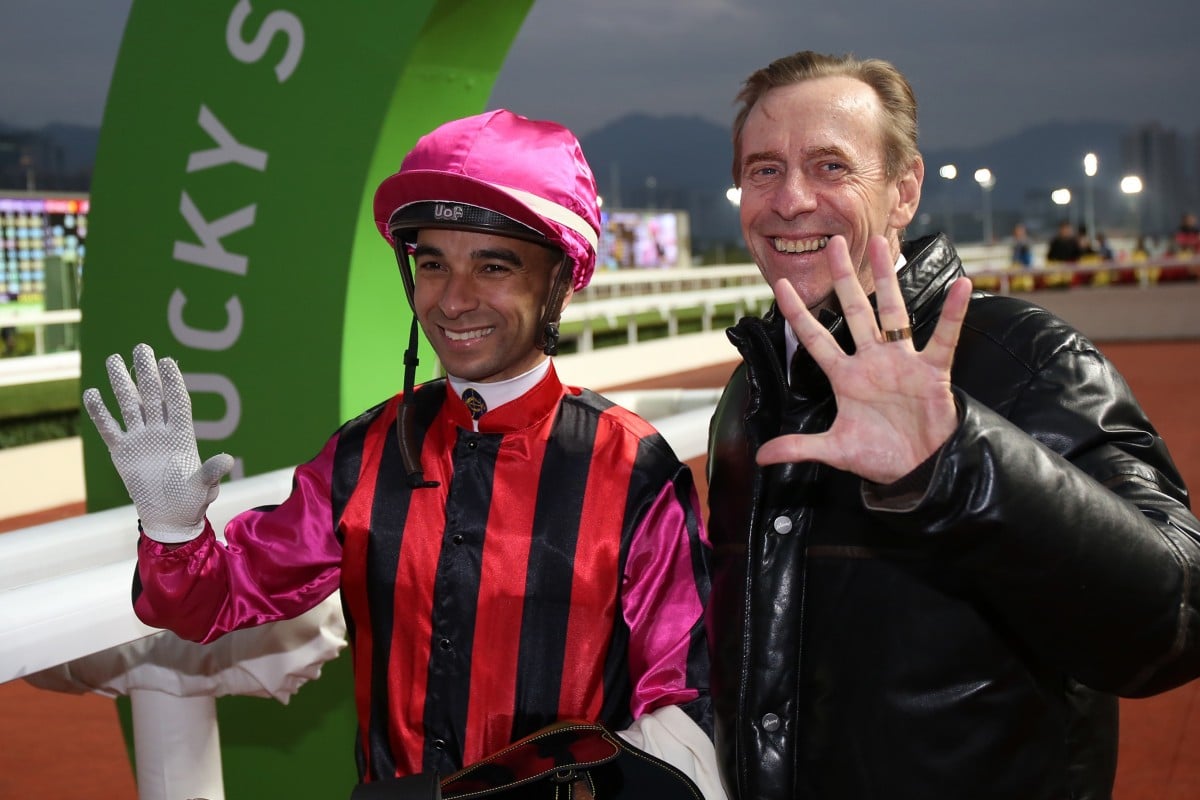 It was only a matter of time before newly minted star pairing Joao Moreira and John Size took a meeting by the scruff of the neck and it eventuated on Tuesday at Sha Tin, with the duo ringing in the new year with a scintillating five-timer.

Moreira had ridden eight winners for Size since becoming his stable jockey on December 9 but the Magic Man took it up a notch on Tuesday, producing a dominant display that included winning the feature aboard Conte.

“He never does much wrong and since he’s been back he hasn’t done much wrong either. He’s winning races and that keeps him happy,” said a typically understated Size of Moreira.

“It’s a bit of a relief. No one’s interested in my complaints, but I’ve run a lot of seconds recently. You can’t get the winners without the seconds in Hong Kong so I knew they were coming, I just had to be patient.”

Size was more animated on the topic of his exciting five-year-old Conte, who was superb in winning the Group Three Chinese Club Challenge Cup (1,400m) and will now look to scale greater heights.

“He can adapt, today he went back a little bit, he can relax and he does everything pretty well. When he’s ridden in a race he seems to be able to adapt to any situation, as he’s done several times and again today,” Size said of his gelding, who has now won seven times from nine starts and could run in the Group One Stewards’ Cup (1,600m) on January 20. 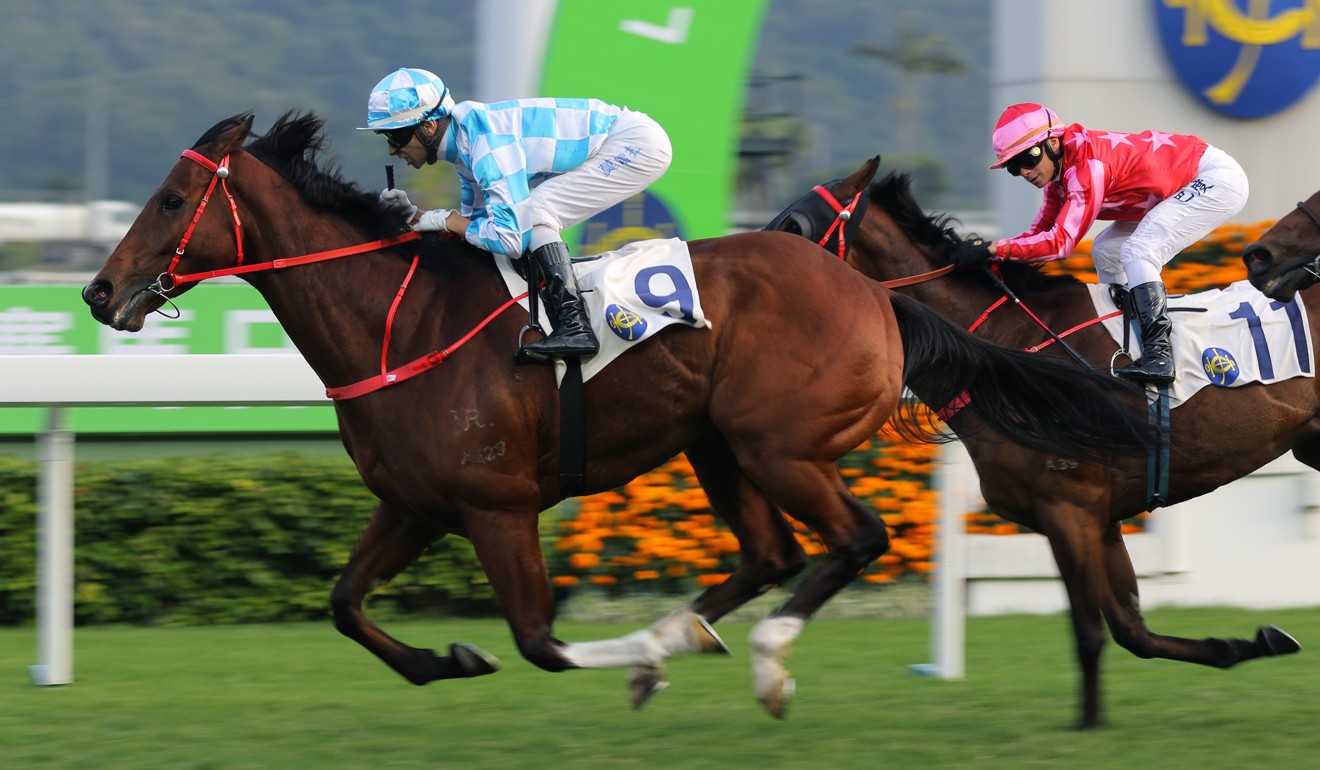 It was Moreira’s best Hong Kong haul in exactly 12 months – he also booted home five on New Year’s Day last year – and he was blown away by Conte’s effort, which saw him travel midfield before storming home to beat Morethanlucky by three quarters of a length,

“What he showed us there exceeded what I expected,” he said. “His acceleration turning for home, it’s outstanding. I believe we’re going to see more upside.”

Moreira and Size make a major statement on the first Hong Kong raceday of 2019: Waikuku completes a five timer for the pair with a fluent success in the finale at Sha Tin. #HKracing pic.twitter.com/EBDoZhv39J

After starting slowly, Moreira and Size kicked into gear with victory in race four with Full Of Beauty and added to their haul with Picken in the next, before rounding out the card with the running treble of Conte, Nicconi Express and Waikuku.

After an eye-catching debut second just over a week ago, Waikuku was highly fancied and did not disappoint, comfortably saluting in the Class Three Sunset Peak Handicap (1,400m).

“He adapted very quickly, he’d only had one run and to back up in nine days and win, that’s not simple and most horses cannot do it,” Size said.

That was tight! Full Of Beauty shows his inexperience but just holds on for Joao Moreira as Lakeshore Eagle flashes home in R4. #HKracing pic.twitter.com/cELq2RpUdy

Full Of Beauty was having his first career start and the four-year-old left Moreira “full of pride” after digging deep to hold off the promising Lakeshore Eagle in the Class Four Grassy Hill Handicap (1,200m).

“I wasn’t sure if I’d won or not,” Moreira said. “He probably got in front a bit early and didn’t know what he was there for.

It's four for Moreira and Size with another major chance to come: Nicconi Express travels in first class to beat the promising Vincy, the pair clear of bang-in-form rivals. Waikuku is currently 1.6 to complete a New Year's Day nap hand for Joao and John in the nightcap. #HKracing pic.twitter.com/t0pdHFAF8e

“He started looking around, waiting for the others to come and challenge and the second horse really came flashing home so gave him no guide.”

Picken made it two on the trot in the Class Four Wong Leng Handicap (1,400m) and Nicconi Express appreciated the extra ground of the Class Three Lin Fa Shan Handicap (1,600m) after placing over 1,400m at his first two career starts.

“Nicconi Express looked nothing special at the shorter distances but the jockeys told me that when he goes to the mile he’ll be different and they were correct,” Size said. “He coiled up and sprinted to the line.”