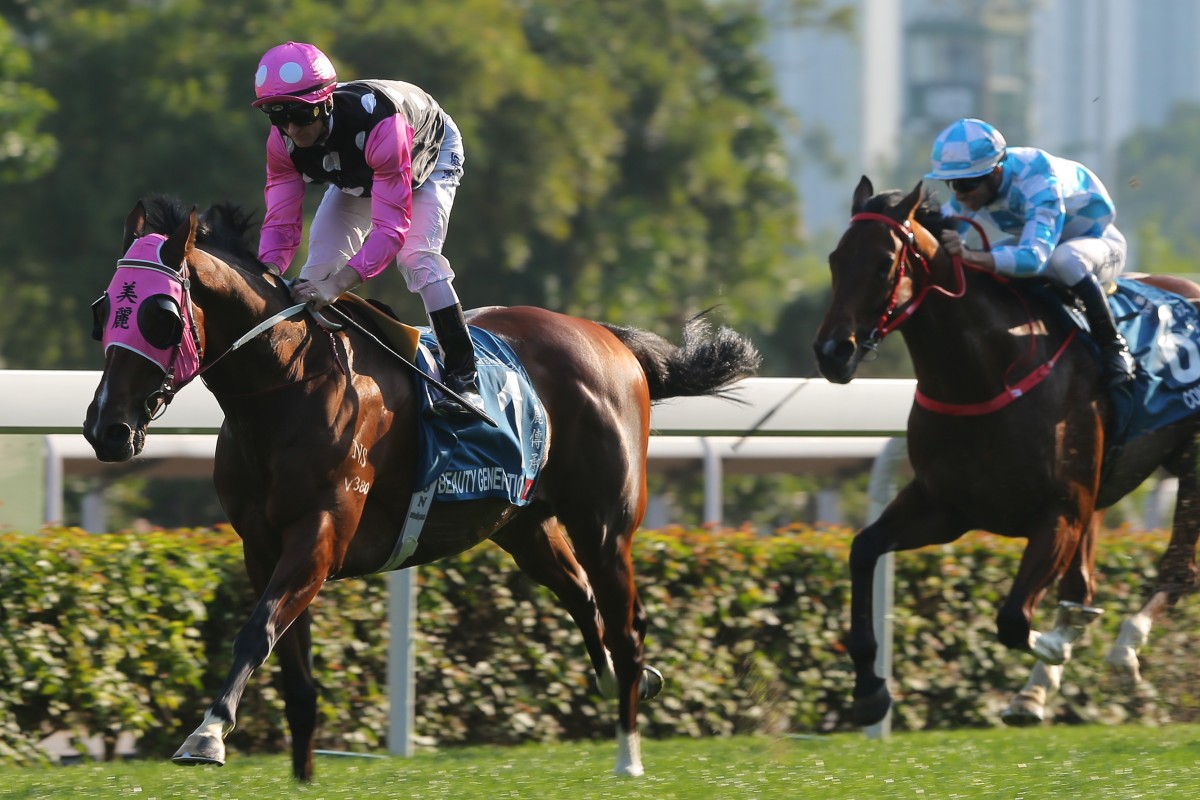 Beauty Generation coasts to victory in the Group One Stewards’ Cup on Sunday. Photos: Kenneth Chan

He’s handled some of Hong Kong’s very best horses, Viva Pataca and Able Friend among them, but John Moore is in no doubt Beauty Generation sits atop the pile after his champion again produced on the Group One stage.

It was as clinical a victory as you are likely to see, with the mighty six-year-old barely raising a sweat while comprehensively saluting in the Stewards’ Cup (1,600m) at Sha Tin on Sunday.

“He’s the best of the lot. He just keeps doing it,” Moore said after Beauty Generation landed his sixth consecutive victory and fifth Group One win.

It was clear early that the race was only going one way, with Beauty Generation finding the lead easily from barrier five, dictating terms from the front and beating rising star Conte by three lengths.

“The way they set it up for us today, once they got going the first 200m or 300m I said ‘wow, they’re going to let us lead like that? The horse is going to sprint away from them in the end’,” said Moore.

“And that he did and I don’t think [jockey Zac Purton] even hit him today, he did it facile. Conte was the new boy on the block and he ran admirably well, but still this guy is a few lengths better than anything here.” Talk has been bubbling since Beauty Generation’s Longines Hong Kong Mile win in December about whether Hong Kong fans will get a chance to see their superstar race overseas, but the focus remains very much on home soil for owner Patrick Kwok Ho-chuen and family.

Viva Pataca’s prize money record is high on the agenda for the owners – with HK$66,387,500 in stakes Beauty Generation is within reach of Viva Pataca’s HK$83,197,500 – and if everything goes right between now and the end of April there will be a new record-holder.

The first stop is the Group One Queen’s Silver Jubilee Cup (1,400m) on February 17, which Beauty Generation won last year, likely followed by the Group Two Chairman’s Trophy (1,600m) on April 7 and the Group One Champions Mile on April 28. 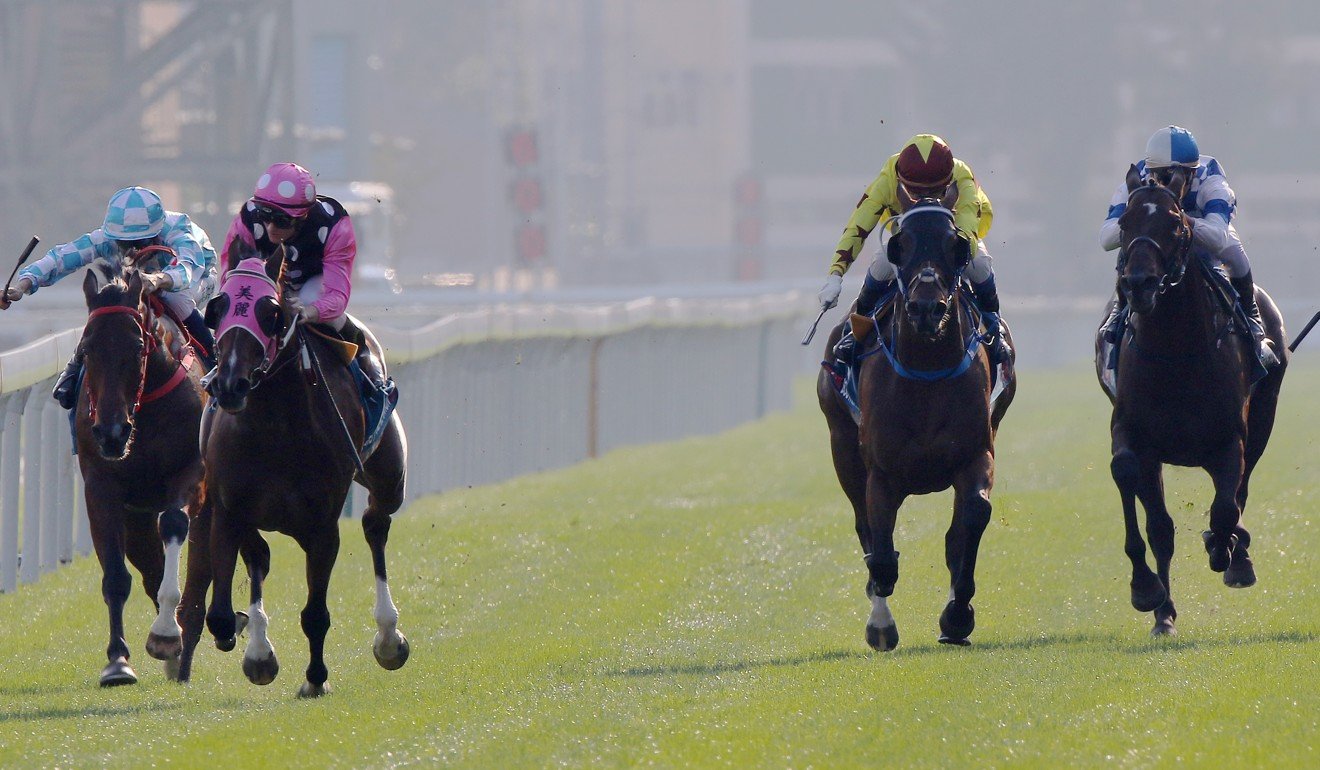 “The Champions Mile is what they’re focusing on at the present moment and the prize money, with respect to breaking Viva Pataca’s record,” Moore said.

“The Champions Mile is the grand final and then after that we just see how he pulls up and I’ll go to Patrick and Simon [Kwok] and say ‘do you want to go up to Japan for the [Yasuda] Kinen [in June] or do you want to go Royal Ascot, or what?’” 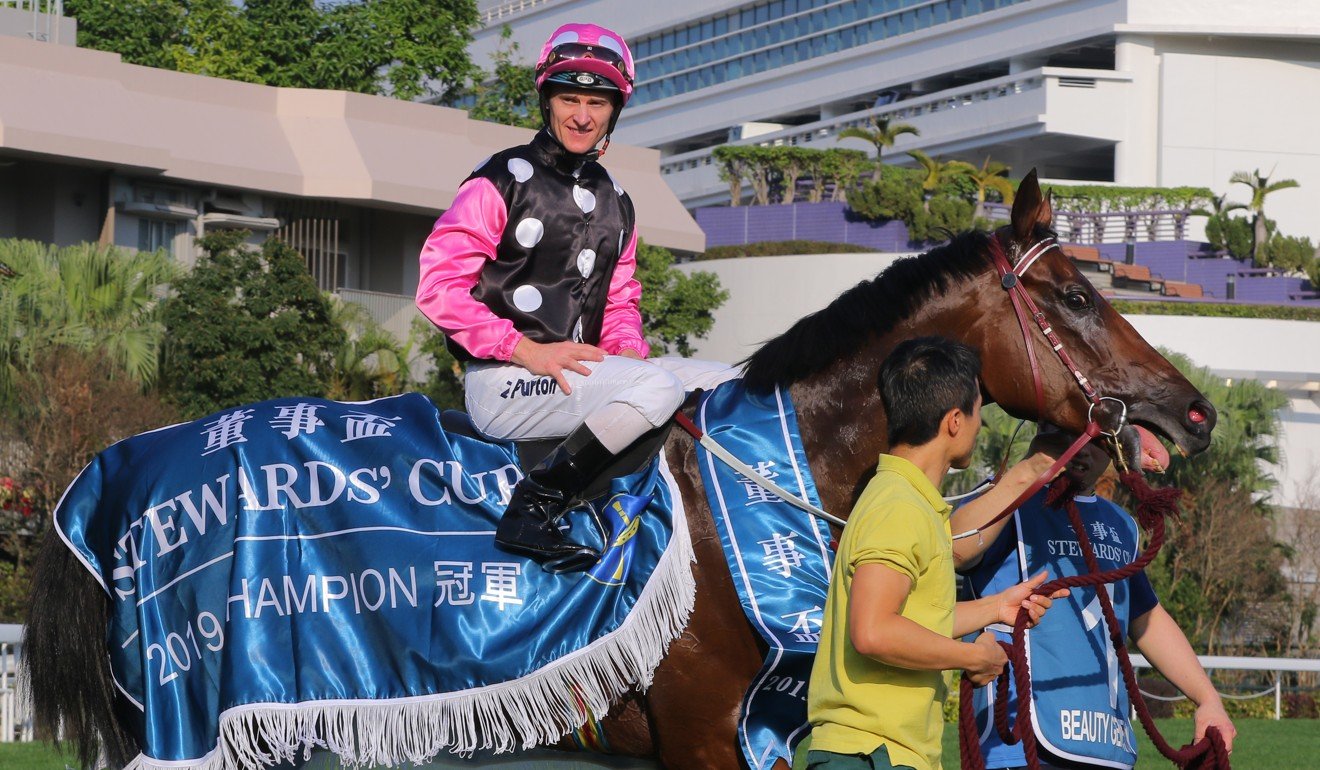 Moore ruled out the step-up to the Group One Hong Kong Gold Cup (2,000m) – the second leg of the Triple Crown, with the Stewards’ Cup the first.

“I’ll speak to Patrick, but I will recommend to the owner that we go 1,400m next start,” Moore said.

“My job is just to keep him at that level for the 1,400m and then the Champions Mile and then after we can see what the owners want to do. If the owner says ‘just put him away until next season’, then that’s what I’ve got to do.”

Beauty Generation is set for round two with the day’s other Group One winner – the John Size-trained Beat The Clock – after beating him by only a head in last year’s Queen’s Silver Jubilee Cup.

Purton has no doubt the horse can keep winning and knows he doesn’t have to have things all his own way to keep getting results.

“He doesn’t need to get any better. He just needs to keep doing what he’s doing at the moment and that’s good enough,” he said.

“He was pretty much in cruise control and just enjoying his time there up the straight and there was a bit more there.

“He’s probably actually better off a fast speed than he is off a moderate speed like today because it gives the other horses the chance to run a race, as they did.”

Southern Legend stuck on well for third, suggesting he is in good order ahead of his trip to Dubai, and Pakistan Star also ran well at a trip shorter than his optimum.