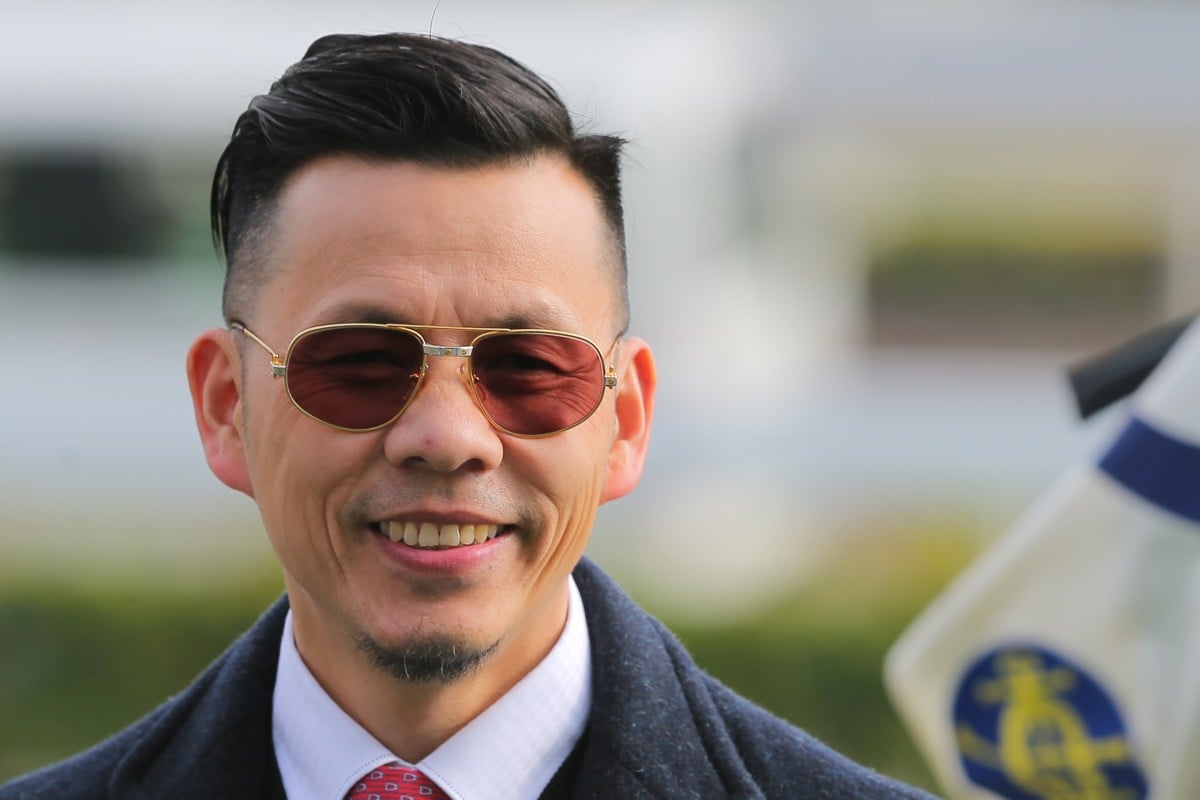 Frankie Lor is all smiles after training one of his 21 winners this season. Photos: Kenneth Chan

Lor, who is already established as one of the finest trainers in Hong Kong, will take a five-pronged attack into the race featuring early Derby favourite Dark Dream, Furore, Superich, Heavenly Thought and Mission Tycoon.

Such is Lor’s embarrassment of four-year-old riches, he also has the first emergency in the race in Kings Shield. 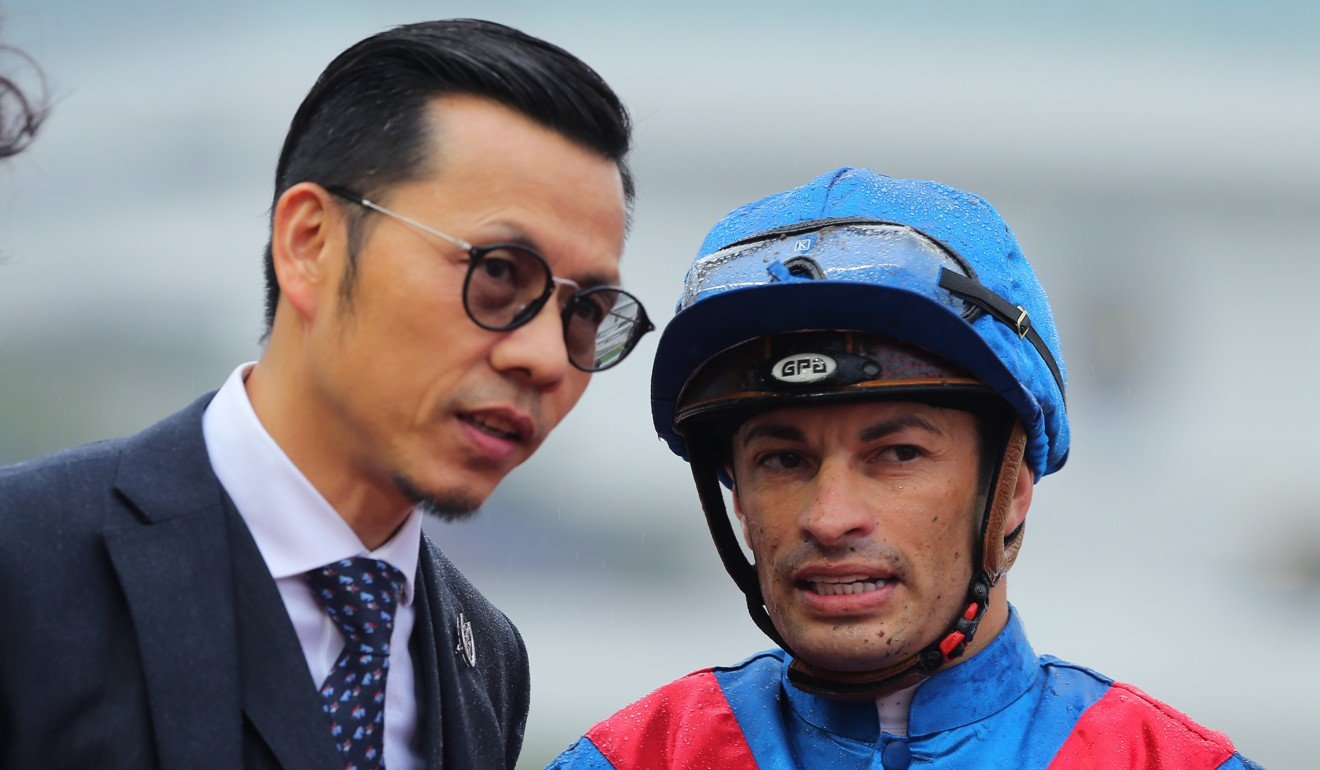 John Moore is the only trainer to have had more runners in the feature – he saddled up seven in 2017, the year the ill-fated Rapper Dragon become the first horse to sweep the four-year-old series.

When it came to splitting his quintet however, Lor said pace would be the major factor in determining who had the best chance.

“It looks like there is not too much pace, maybe Ka Ying Star or Charity Go will probably go forward,” he said.

“Because Dark Dream has drawn 12, I will ask him to jump out and just settle a bit better than midfield because with the slow pace you can’t come from the back – they need to go really quick for a big finish. 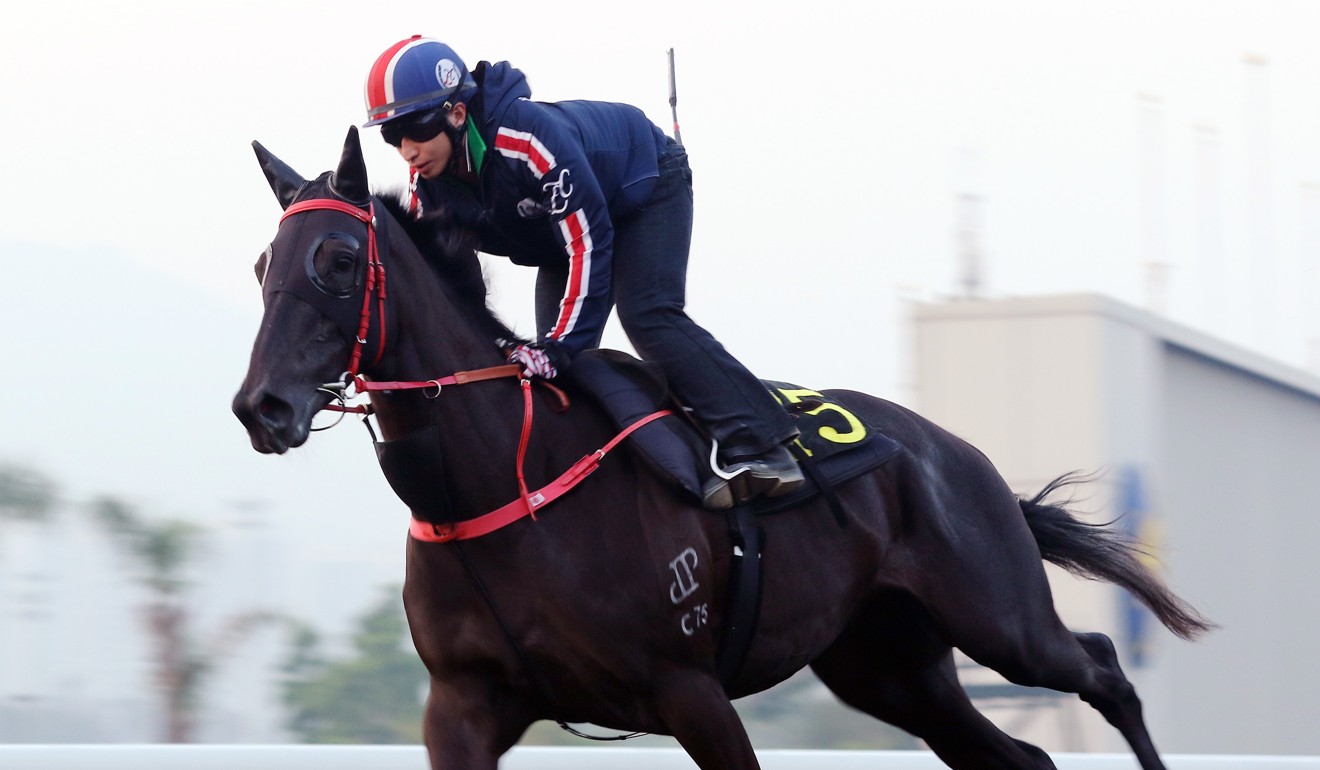 “Mission Tycoon, maybe he will also go forward. If the pace is slow, he could potentially lead.”

Just six trainers are represented in the field of 14, with Cruz, Shum and Caspar Fownes also having multiple entries.

With the HK$18 million BMW Hong Kong Derby still seven weeks away, Lor said he expected some of his runners to drop off by then, but is waiting to see which ones will stand up.

After breaking the long-standing record for first season winners last year, Lor said he set his eyes on the Derby as a race he would like to win.

“For me, in my second season, I am looking at the Derby,” he said. “In the Classic Mile I have five, but when we go to the Derby, maybe we have just two or three but we have to see. “It is very special to have the five, but I need to see how they go on Sunday first.”

It will be a big day for Lor, who is growing a reputation as Hong Kong’s newest big-race trainer.

He will also saddle up Hong Kong Cup winner Glorious Forever in the Group Three Centenary Vase (1,800m) in his first hit-out since his Group One breakthrough in December.

Lor, who admits the horse holds a special place in his heart, said he was well on the way towards the Gold Cup next month.

Sunday will mark round four of the face-off between full brothers Glorious Forever and Time Warp, who have developed a fickle rivalry on the racetrack.

“Time Warp has drawn three and we have five, so that is a big problem,” Lor said.

“If we jump well we can try to lead, but who knows what they will do? If they both go to the front, they are finished.”

The likes of Exultant and Singapore Sling will also line up in the race.