The Australian partnered the four-year-old in his first start in Hong Kong but missed his next start through suspension, costing him the sought-after ride in the Classic Mile last week.

Purton pulled off the coup during the week, after describing the effort of his Classic Mile mount Superich as “terrible” following the race.

Speaking to The Post, Purton said he was impressed with what the Frankie Lor Fu-chuen-trained galloper had been able to produce in his short time in Hong Kong which includes a win, a third and a fourth. 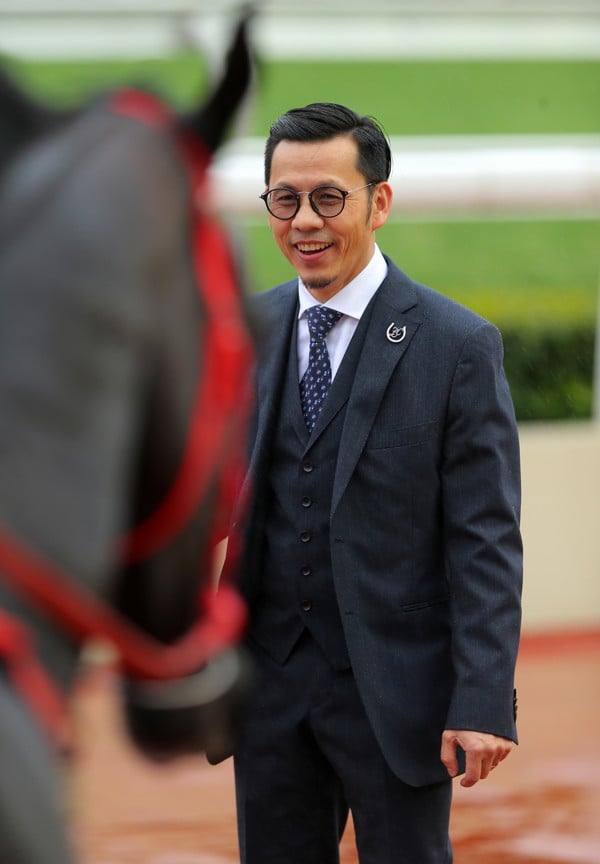 “He ran a nice race first-up, he was obviously very impressive second-up, albeit on a rain-affected track and then last time it was a very awkward gate,” Purton said.

“It was always going to be hard to get the right position and the right run in the [Classic Mile], the way it was going to be run. He copped a bit of a bump in the straight as well, so all-in-all I thought it was a pretty good effort.

“Going forward, back up in distance, he looks like he is a solid chance in the two races.”

Purton will be aboard for the Classic Cup in a fortnight before the Derby on March 17.

In international ante-post markets, Dark Dream is a $3.60 favourite for the HK$18 million feature, just in front of Classic Mile winner Furore ($4.50) and Ka Ying Star ($8).

Purton is always around the mark in the Derby, having not missed a place in the prestigious race in the past five years. In another blow to De Sousa, Tommy Berry will jet in from Sydney to ride Pakistan Star in the Group One Gold Cup (2,000m) on February 17.

Trainer Tony Cruz confirmed moves had been made to secure the services of Berry at the request of owner Kerm Din.

Berry will be the six-year-old’s fourth rider in his past four starts.

Despite the merry-go-round, Berry can lay claim to being the last jockey to win on the enigmatic gelding after they paired up to take out the Group One Champions & Chater Cup (2,400m) last year.

“Tommy Berry is in for the Gold Cup, it is more or less confirmed,” Cruz said.

“He won the Champions & Chater last year, he knows this horse.

“The owner has ideas, that’s why he went to Tommy Berry, what we’ve done so far hasn’t worked, so what can I say? It’s for a change of luck if anything.”

After finishing last season with consecutive Group One wins, Pakistan Star looked set for a huge 2018-19 season but is yet to finish better than fourth.