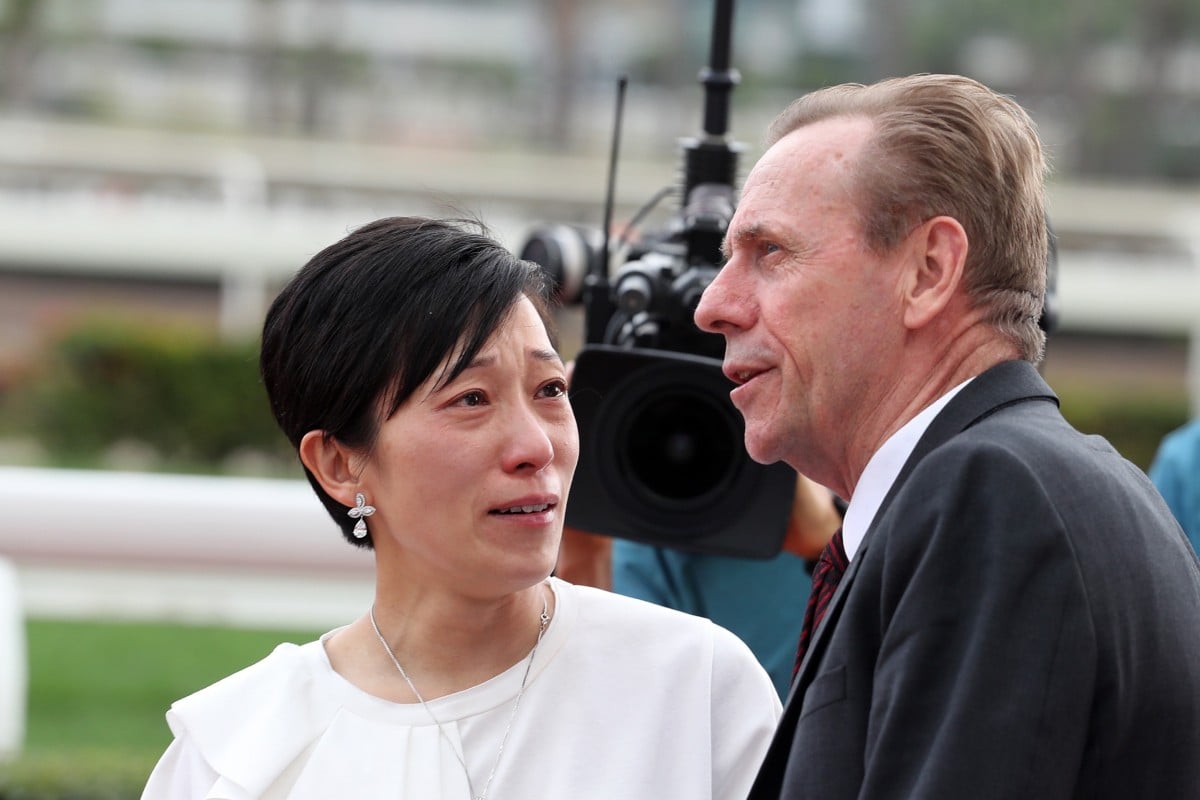 What Else But You handed trainer John Size his sixth victory in the Class One Chinese New Year Cup (1,400m) at Sha Tin on Sunday but the result held far greater significance for owner Vicky Tang as she paid tribute to her late friend Lily Scheng Hsi-feng.

The pair shared a love for horses until Scheng’s death last year and Tang was in tears as she celebrated What Else But You’s impressive two-length victory.

“It is because this horse What Else But You is from my friend Lily,” Tang said of her emotions.

A CNY double for Joao Moreira and John Size as What Else But You puts a bit of daylight on his rivals in the Chinese New Year Cup. #HKracing
pic.twitter.com/61uxOjnip2

“She picked this horse for me, she also picked the other good horses for me – Who Else But You, Time To Celebrate and It Has To Be You – but she passed away last year so I just thank her for giving me such good horses. She always liked to see her friends be happy.

“I’m also thankful for my trainer John Size for tolerating me. It means so much to me.”

Size was quick to acknowledge the enormity of the occasion and was thrilled to see What Else But You deliver for Tang. 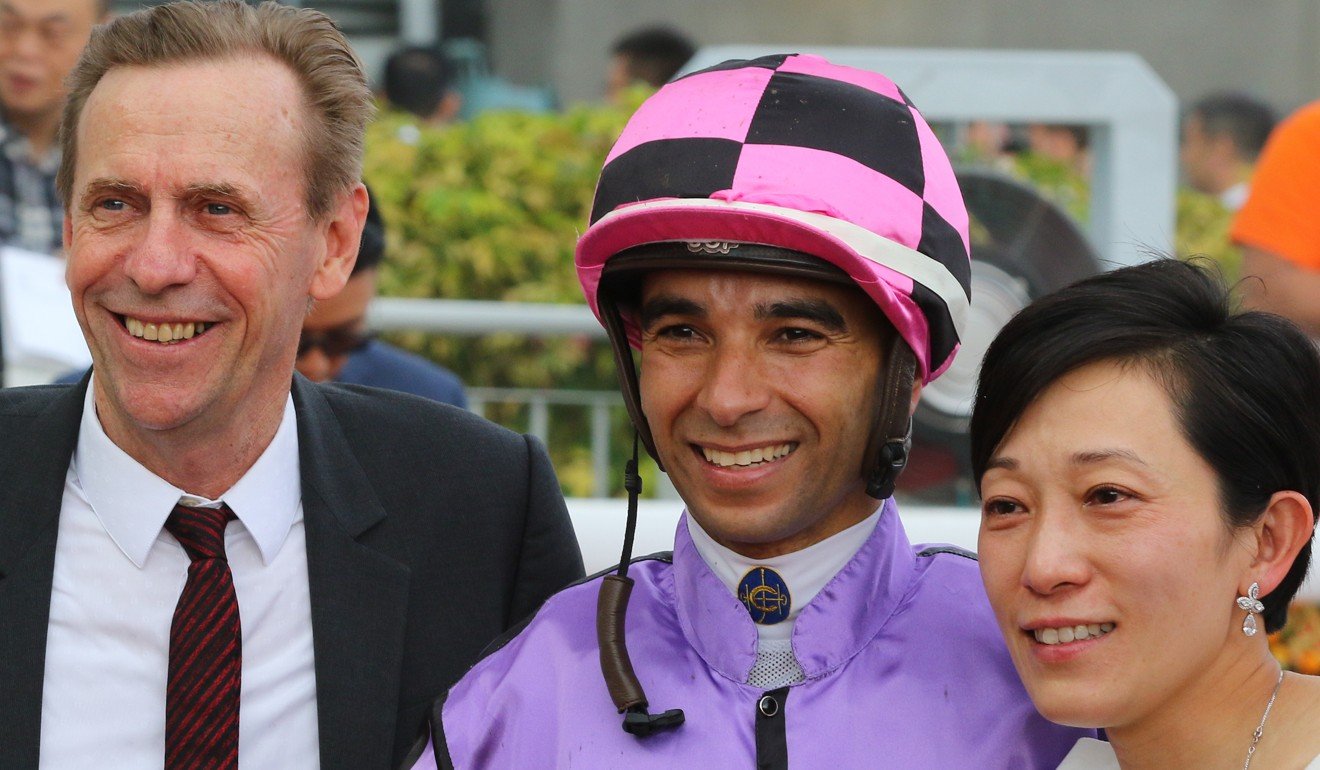 “It’s the highest he’s ever been [in the ratings] and he’s won with it and won convincingly. It was a tricky little race with a small field but he’s got away with it,” Size said.

Joao Moreira sat second-last on What Else But You in the six-horse field before sneaking up the rail and going for the jugular in the final 200m.

After finishing 10 lengths behind the peerless Beauty Generation in the Group One Hong Kong Mile in December, What Else But You finished fourth at Group Three level last month and Size knows there will be some tough assignments ahead for his six-year-old.

“We’ll see what the handicapper does with him and our options are practically zero so we’ll just have to press on and go into some strong races,” Size said. 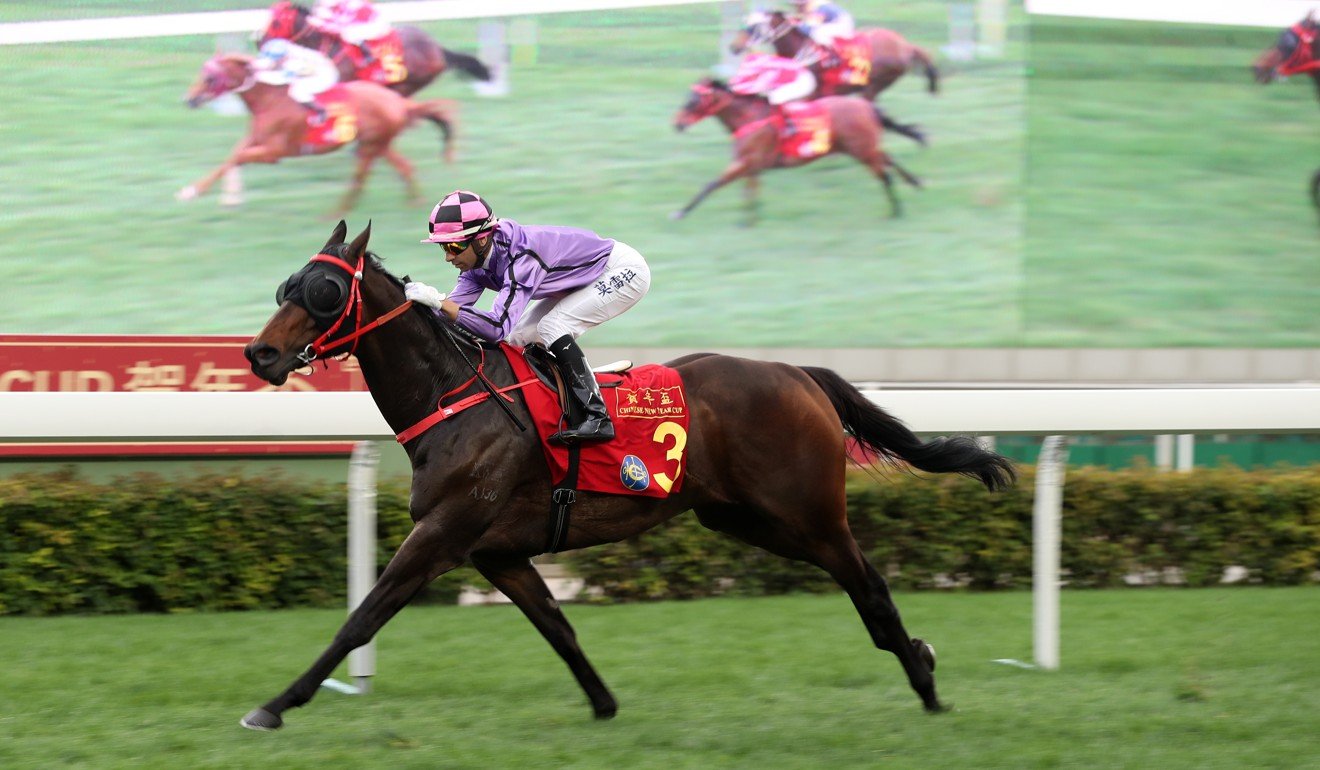 “Now he’s got the marks I suppose he has to [be competitive at Group level] because he’s there.”

Solar Patch ran on strongly into second after cornering at the back of the field and trainer John Moore is confident the four-year-old is on track for the Hong Kong Derby on March 17.

“First run back, it was a bloody good effort. I want him ridden like that, taken back and given the chance to run on, he pulled up and of course he needed the run,” Moore said.

“We are rushing the Derby but we’ll put him in the [Classic Cup] next week over 1,800m because you can see he can relax.

Pretty impressive stuff from Full OF Beauty: Races wide on the C+3, comes home in 22.44s and passes the post cosily in front for Joao Moreira. #HKracing
pic.twitter.com/AIBN277A4U

“Now he will be around [a rating of] 93, you’d think he will go up five for that, so he will get a run. He is on track, he was carrying condition today as well so he should only get better.”

“Full Of Beauty showed a bit of class today,” Size said of the four-year-old, who was forced to travel wide.

“Apart from actually covering the ground, which is not a good thing on the C+3 [course], he seems easy to manage in a race and he obeys the instructions of the jockey in a race, which is a huge asset and is going to help him a lot.

“Now that these races get stronger and quicker he might get more comfortable and find a horse to follow. He’ll go back to the races, as far as I know he’s in pretty good shape.”