Breakout jockey Vincent Ho Chak-yiu has put his faith in the Tony Cruz-trained Ka Ying Star to take him to Hong Kong Derby glory after the 28-year-old was faced with the first major ultimatum of his career.

Ho was forced to make the decision between the British import and David Hall’s Ho Ho Khan, who he had ridden to three consecutive wins this season, with both horses set to clash in Sunday’s HK$10 million Classic Cup (1,800m).

“It is a good headache to have but it’s also a very tough decision because Ho Ho Khan has just kept on improving and after that last run I haven’t touched him so I don’t know how much he has come on from that,” Ho said. 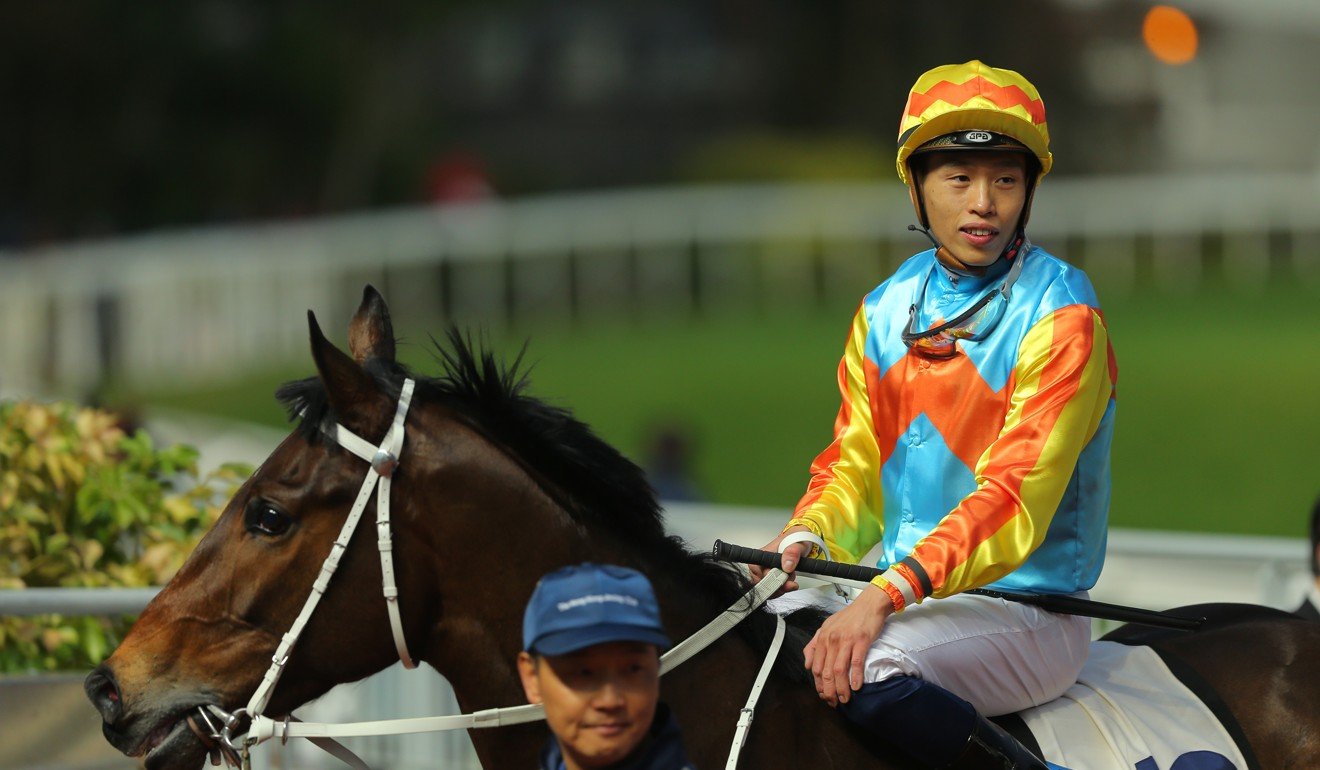 “It was just so tough to decide. I can’t say right now if I am making the right decision, we will have to wait and see.”

Having improved Ho Ho Khan 20 rating points in the space of three months, Ho said he had formed a strong association with the owners of the horse, however he was unsure how much was left in the tank for the colt.

Having ridden Ka Ying Star to a third placing in last month’s Classic Mile, Ho believes there is improvement to come, having had just two starts in Hong Kong.

“Even though he came third in the Classic Mile, Ka Ying Star improved from that run. He led all the way after drawing 14. Although some horses got interfered with, I think he still improved from that,” he said.

“I have done my best to get those two horses into the Derby. I am very happy that I have done that for the owners and trainers and for the horses, of course.” 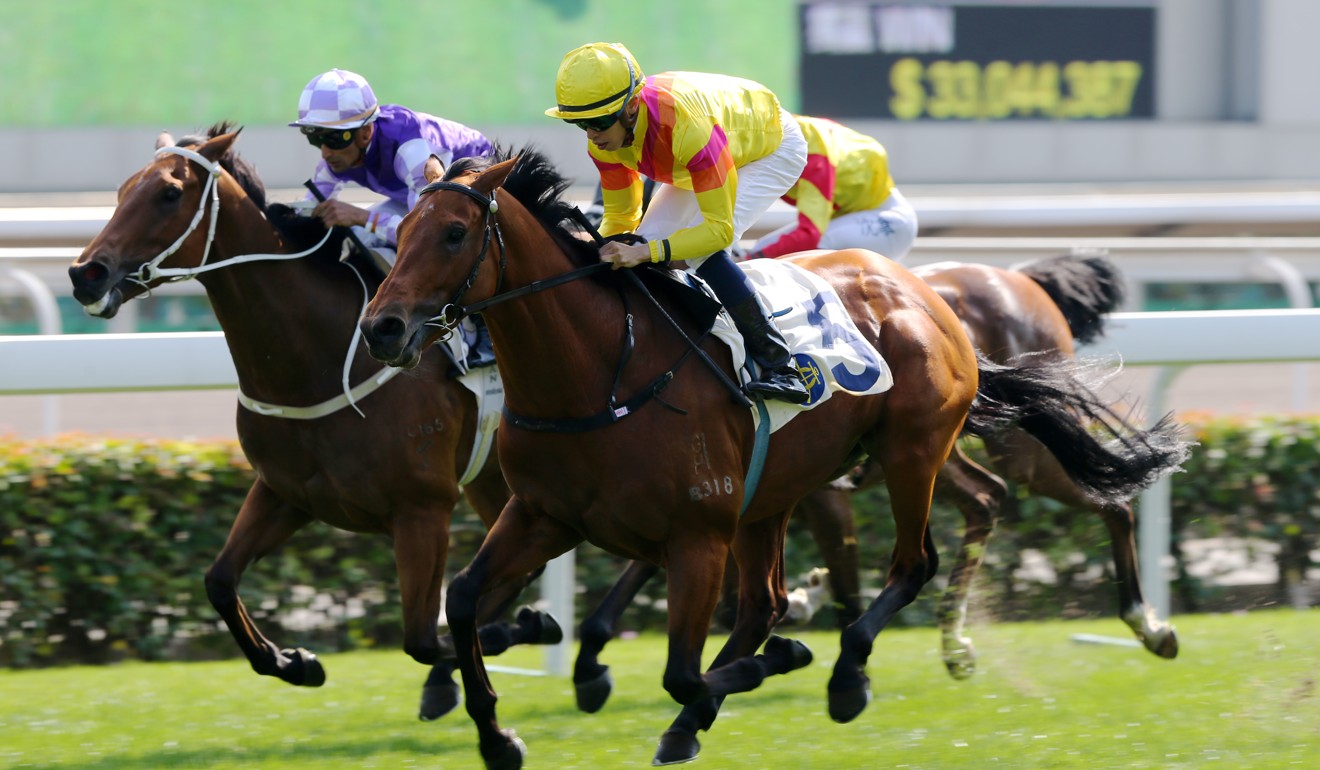 Despite having a 10-year career in the saddle, Ho takes his best book of rides into a feature race day on Sunday, where he will also ride dual Group One winner Time Warp in the Citi Hong Kong Gold Cup (2,000m) and Hall’s Little Giant in the Queen’s Silver Jubilee Cup (1,400m).

As the leading local jockey with 28 wins, Ho is on track for his best season.

He has never ridden more than 39 winners, which he achieved in 2010-11 as an apprentice.

“For sure it’s my best book of rides, two Group Ones and a Classic Cup ride, they are good rides. I am very grateful for the support,” he said.

“In my career, this is the first day like this, I am looking forward to it and I will just be trying to do my best. 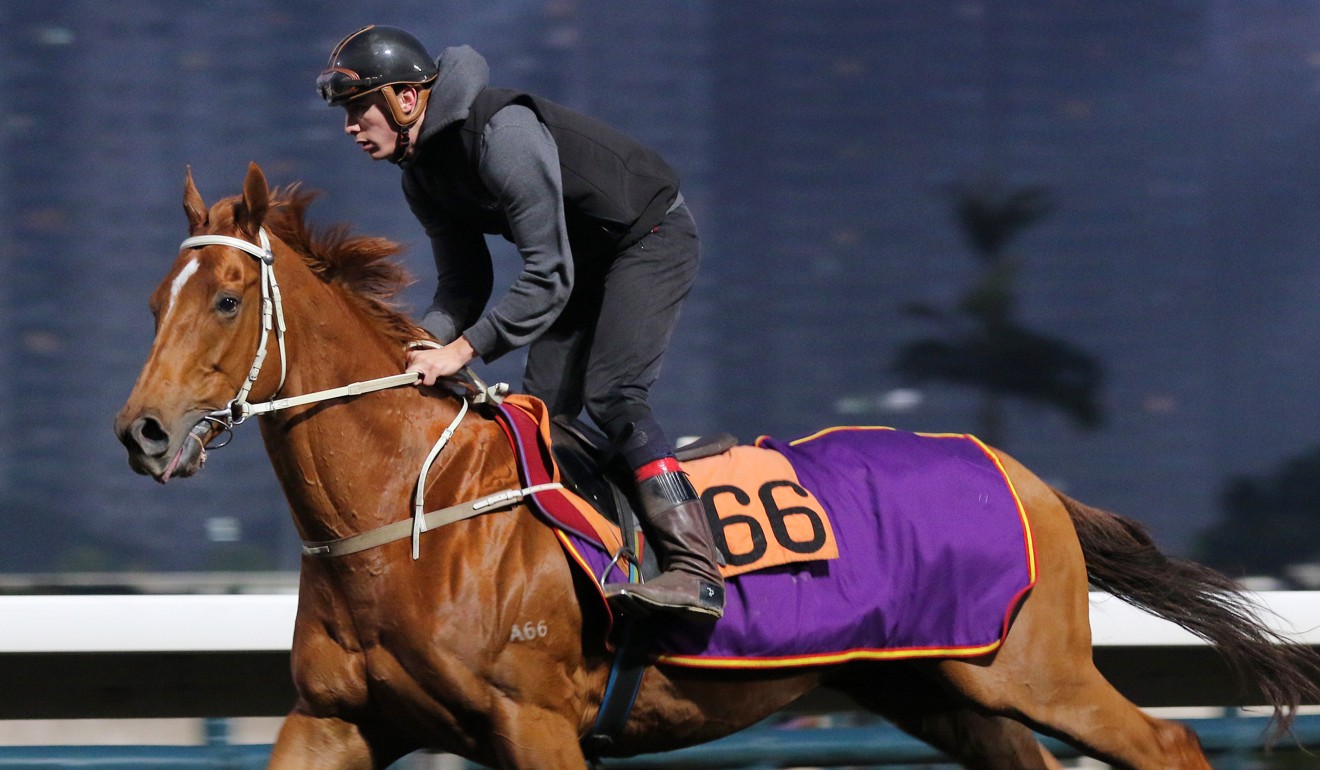 “It is only 28 winners [so far this season] but I want to keep the momentum going.”

Ho will be the first jockey other than Zac Purton to ride Little Giant, who has shown top-level potential in his short, injury-plagued career.

The six-year-old has run strongly in his past two starts, both at Group One level, finishing no worse than fifth over the 1,200m sprint trip.

Ho gets the opportunity on Little Giant with Purton riding superstar Beauty Generation.