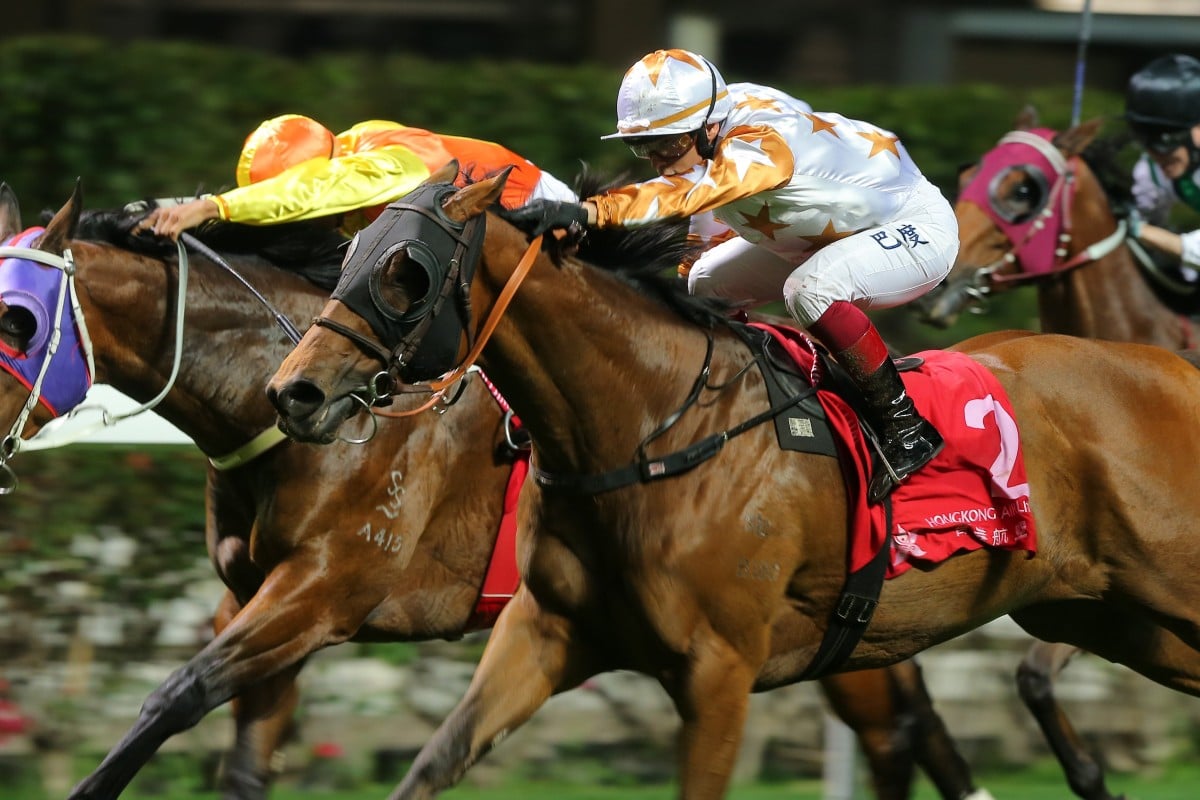 Richard Gibson, Alexis Badel and Wishful Thinker have done all they can to earn a ticket to Meydan for the World Cup meeting – now it’s just up to the decision makers at the Dubai Racing Club to give them an invite.

The talented sprinter put in a Herculean performance to win the Class One Happy Valley Trophy (1,200m) on Wednesday night, coming from last and weaving between rivals in the straight to land the prize and keep the Dubai dream alive.

Gibson has had an assault on the Group One Al Quoz Sprint in mind for Wishful Thinker for a little while and put in place a path to try and get there.

The final step was winning this race – which he did with style – so now all the connections can do is wait.

He did plenty wrong early but Wishful Thinker got it together when it mattered under a calm @AlexisBadel. Now, where's that Al Quoz Sprint invite? #HKracing #HappyWednesday
pic.twitter.com/Vp8Uaqo3Vb

“It was [a terrific win] because he had a torrid run and he missed the jump. It was a fantastic performance from the horse,” Gibson said.

“It’s great the club gives us guys like Alexis Badel – I thought he rode him with a lot of calm and executed the plan brilliantly. I thought he was the best horse going into the race.

Which Hong Kong horses could race in Dubai?

Wishful Thinker made life harder for himself by missing the kick, but Badel was able to help him overcome that minor inconvenience.

“He’s always moving a little bit in the gates, there is nothing you can do as a jockey, you just try to relax him because he is his own worst enemy,” Badel said.

“[In the straight] I was waiting for a gap and looking for a clear run so I had to push him a little bit earlier compared to the first time I won here on him. “I had to take the opportunity at that moment but he wasn’t really ready. However he’s a talented horse and the pace helped me to catch the leader.”

The Happy Valley Trophy also doubled as the final chance for Telecom Brothers to overhaul Country Star and win the Hong Kong Airlines Million Challenge, but Me Tsui Yu-sak’s gelding faded to finish eighth, missing out on the HK$650,000 first prize.

The event allocates points to horses competing at the Valley in Class Three races or higher across the first half of the season, with John Size’s duo of Country Star and Red Warrior (HK$250,000) finishing first and second respectively, with Telecom Brothers getting HK$100,000 for third.

Outside the feature, top trainer John Moore had a rare night out at the city track, collecting his first Happy Valley treble since May 12, 2010.

“I’ve really started to pay a lot of attention to getting the right horses coming here and tonight it paid off,” Moore said.

“We don’t trial a lot here so it isn’t like we gear them for here. Happy Dragon has run here a few times now and is used to it, Encouraging came here for the first time not long ago at Douglas Whyte’s advice, he has won twice now.

Dead-heat! Encouraging (@SilvDSousa) wraps up a treble for John Moore but he has to share the spoils with Peter Ho's 98/1 longshot Magnificent (Dylan Mo). #HKracing #HappyWednesday pic.twitter.com/u5U8INff29

“Happy Warrior has had a few goes here without luck, with Zac now, it has paid off. I am looking at running, not so much more horses here, but horses who are suited to the city track.”

From a jockey perspective, Purton took the honours with a treble, also saluting on E Master for Caspar Fownes, while Karis Teetan brought up his 50th winner of the season after landing a double for Tony Cruz with Wah May Princess and Circuit Glory. 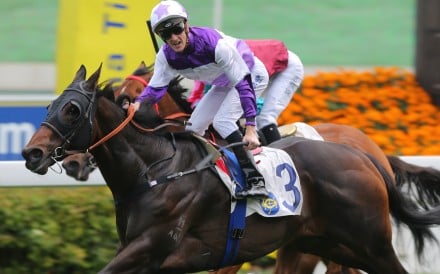