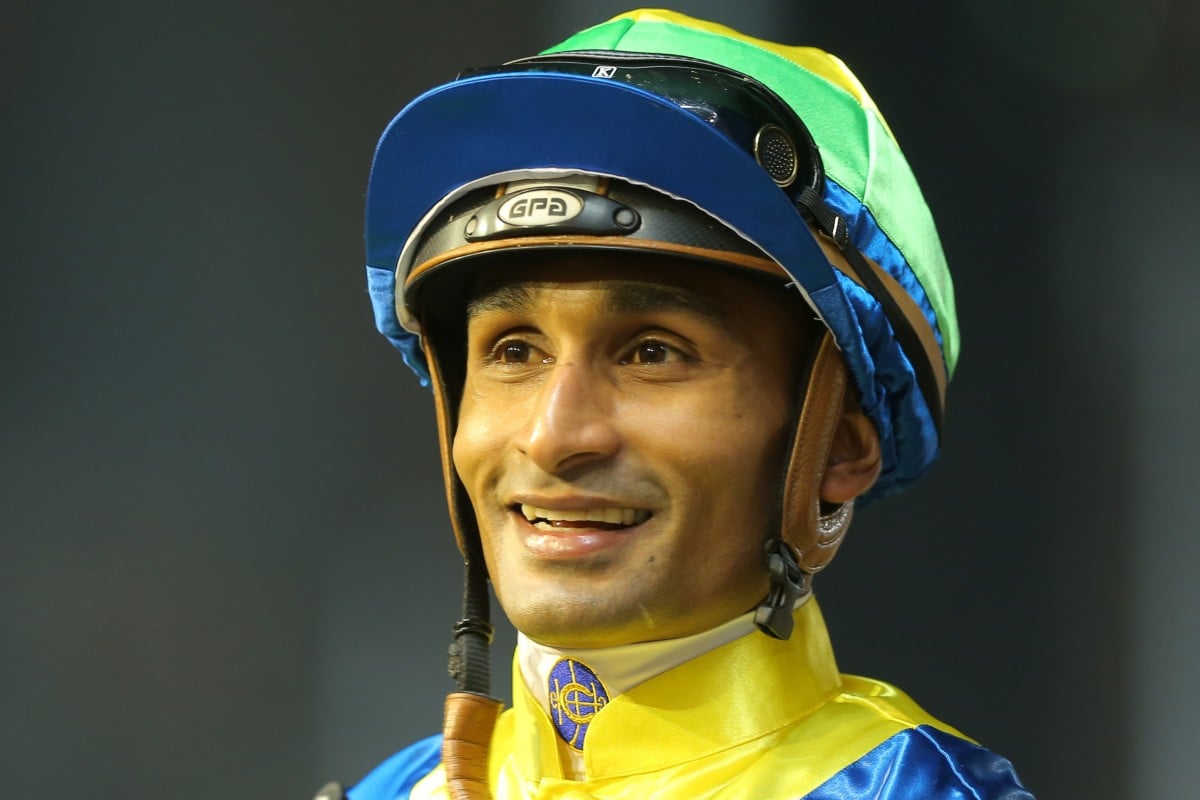 Karis Teetan is all smiles after a victory. Photos: Kenneth Chan

Karis Teetan is in the form of his life and the Mauritian is determined to let the good times roll as he goes into Wednesday’s Happy Valley meeting.

Teetan is on target to smash his previous best of 52 winners in a season, having already amassed 50 just past the halfway point of this term.

A top-three finish in the jockeys’ championship is all but certain for Teetan, who has had more rides than any other jockey on the table.

As tempting as it is, the 28-year-old said he would not set any targets for the season. 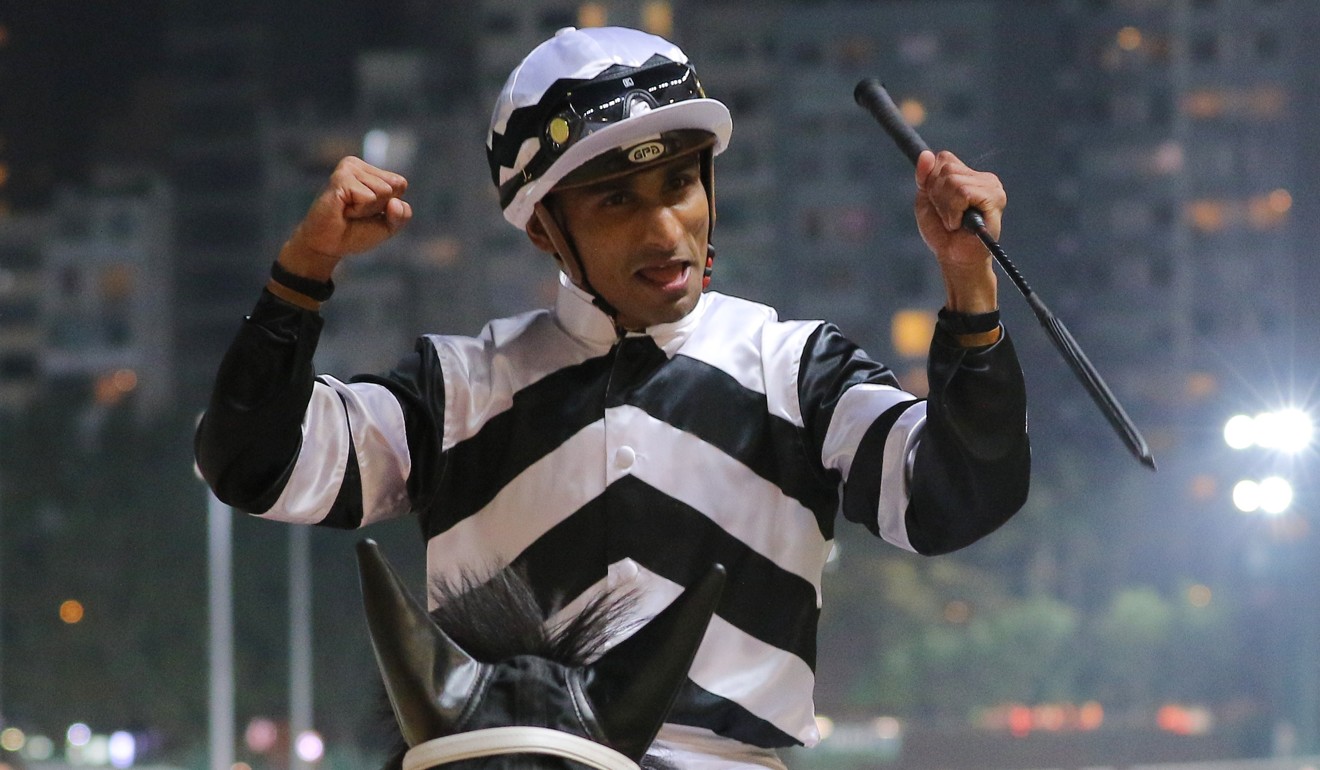 “You never know in Hong Kong, you can only try to get as many chances as you can,” he said. “This season I have been very lucky to ride for some really good stables, I am getting some good chances so I am trying to ride as many winners as I can.

“I had 52 last season, so I really wanted to go past that, but for me I just try to get as many winners as I can every season.”

Teetan takes a full book of rides into the meeting and looks set to have the short-priced favourite in the Class Three Tsuen Wan Handicap (1,650m) with Arcada, who is looking to bounce back from a luckless second placing last month.

“His last few runs have been good, I think this time the good draw should give him his chance to have a winning chance,” he said.

“With the good draw, you want him to be sharp out of the gate to get a decent position. The horse is in good form, I just hope he can go a step better this time. 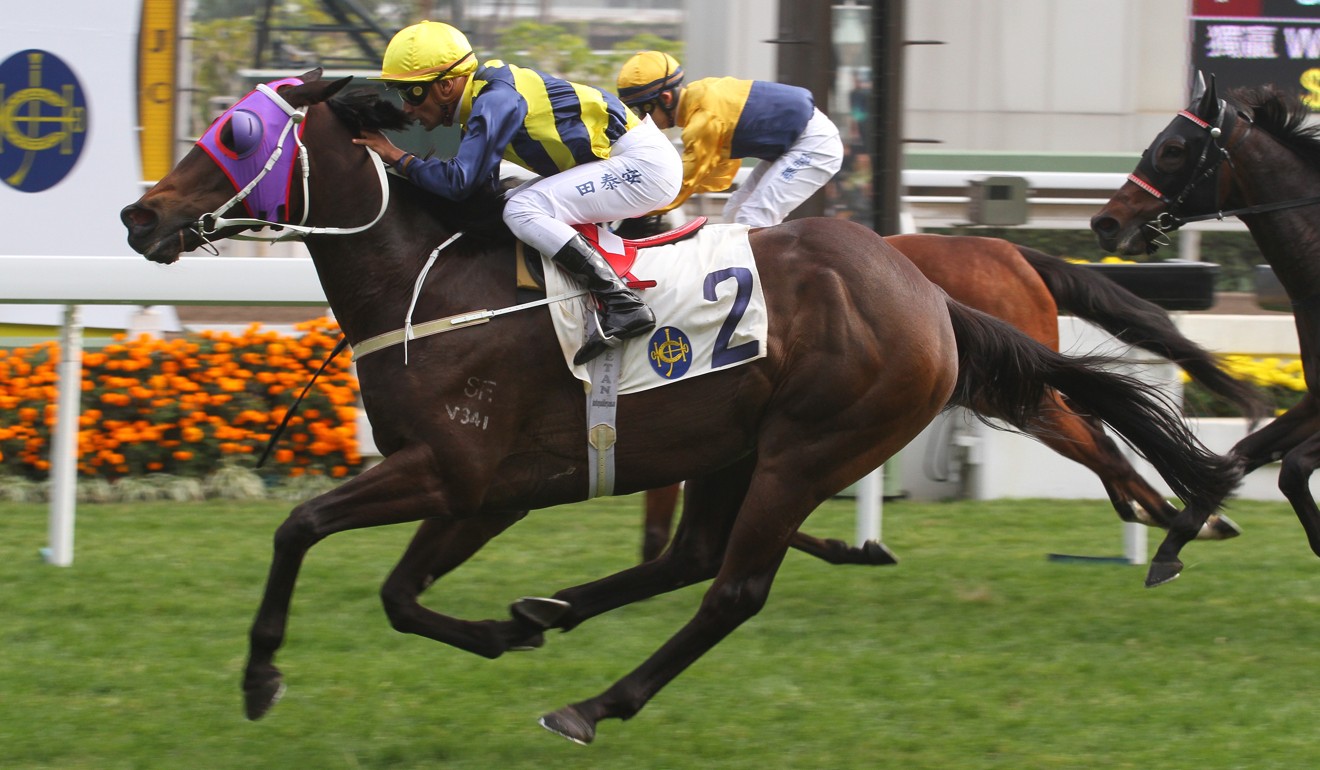 Teetan will also jump on another last-start runner-up in Diamond Legend, who has finished no worse than second in his last two starts.

After stepping up to Class Four grade and proving his worth last time out, the six-year-old will line up in the Class Four Kwai Chung Handicap (1,200m).

“I know Sam Clipperton when he won on the horse [last season] at the Valley said it’s not a bad little horse and he’s definitely not a Class Four horse,” Teetan said. “He just went out of form, I think now he’s getting a bit older, he’s getting his form back.

“On his last run, I feel like he is getting much better, when I put pressure on him, he let down so I don’t think it’s different for him from Class Four to Class Five, he has no weight. On that last run, I really give him a good chance here going to the Valley.”