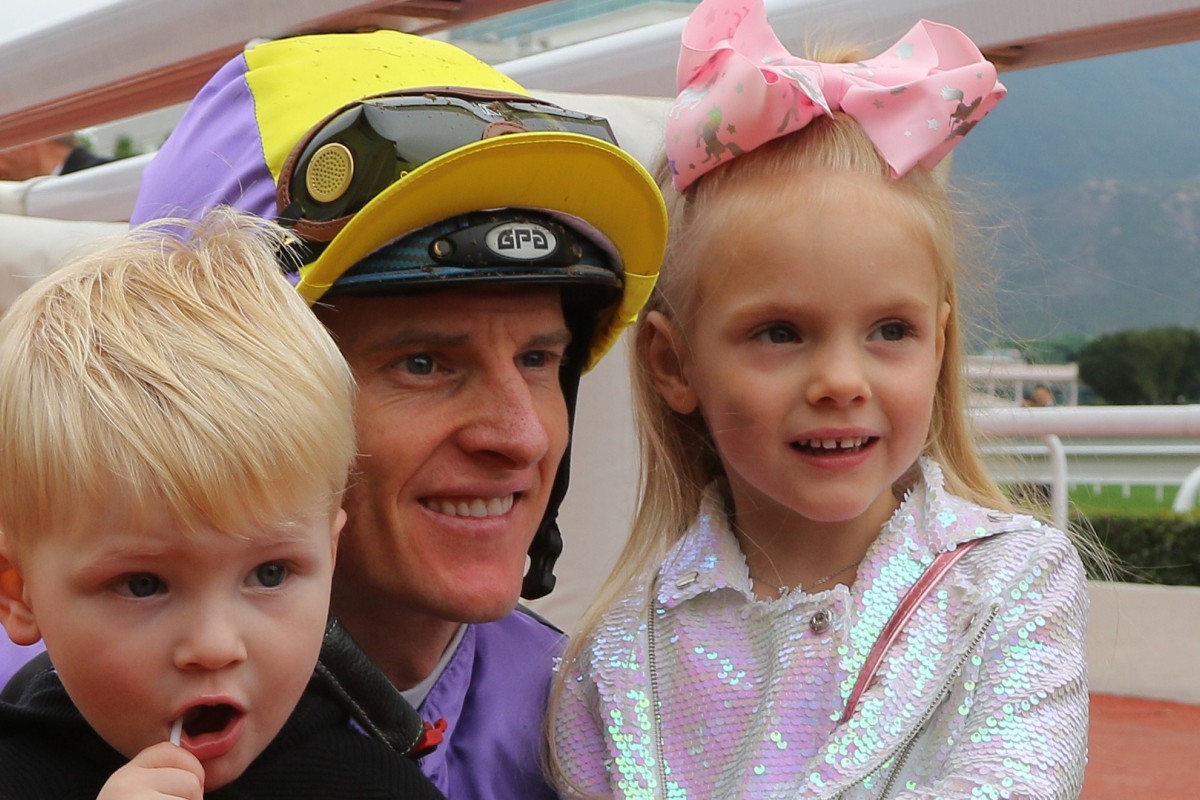 Jockey Zac Purton smiles for the cameras with his two children Cash (left) and Roxy (right) after winning on Time To Celebrate at Sha Tin on Sunday. Photos: Kenneth Chan

Australian jockey Zac Purton showed he is the undisputed king of Hong Kong racing, turning in a career-best day which saw him take home six winners at Sha Tin on Sunday.

With rival Joao Moreira suspended, Purton flexed his premiership muscle to punters with the dominant performance, taking his season total to 78 – 26 clear of his nearest rival.

Such has been the rich vein of form Purton finds himself in, his last 38 rides have returned 16 winners.

The stunning day out sees Purton join the likes of Douglas Whyte, Brett Prebble and Moreira as the only jockeys to ride more than five winners on a single day. 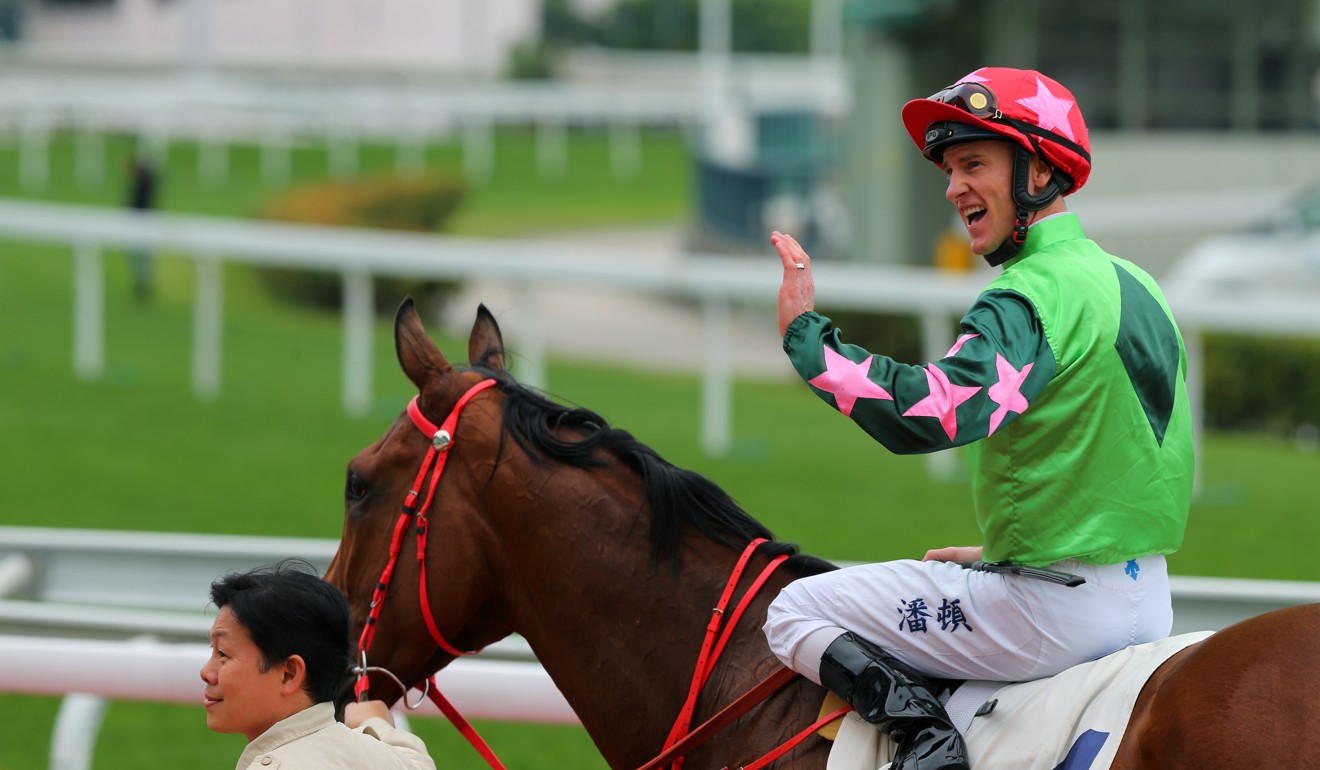 “It’s a good day, I work very hard as all the boys do and I seemed to have some handy rides and good barriers, I was able to get the right run on them and they went on and did the job for me,” he said.

“It comes down to the opportunities you get and the horses you’re on. There have been plenty of times I have gone to the races and the horses have had every chance and I came home without a winner.

“You can go as well as what is underneath you and they all turned up and ran their race today and they were entitled to with the runs that they had, so it’s nice.”

The champion jockey kicked off the day with a win on the Dennis Yip Chor-hong-trained Flying Noble, before saluting on Time To Celebrate, Chung Wah Spirit, I Do, Tianchi Monster and Full Of Beauty. 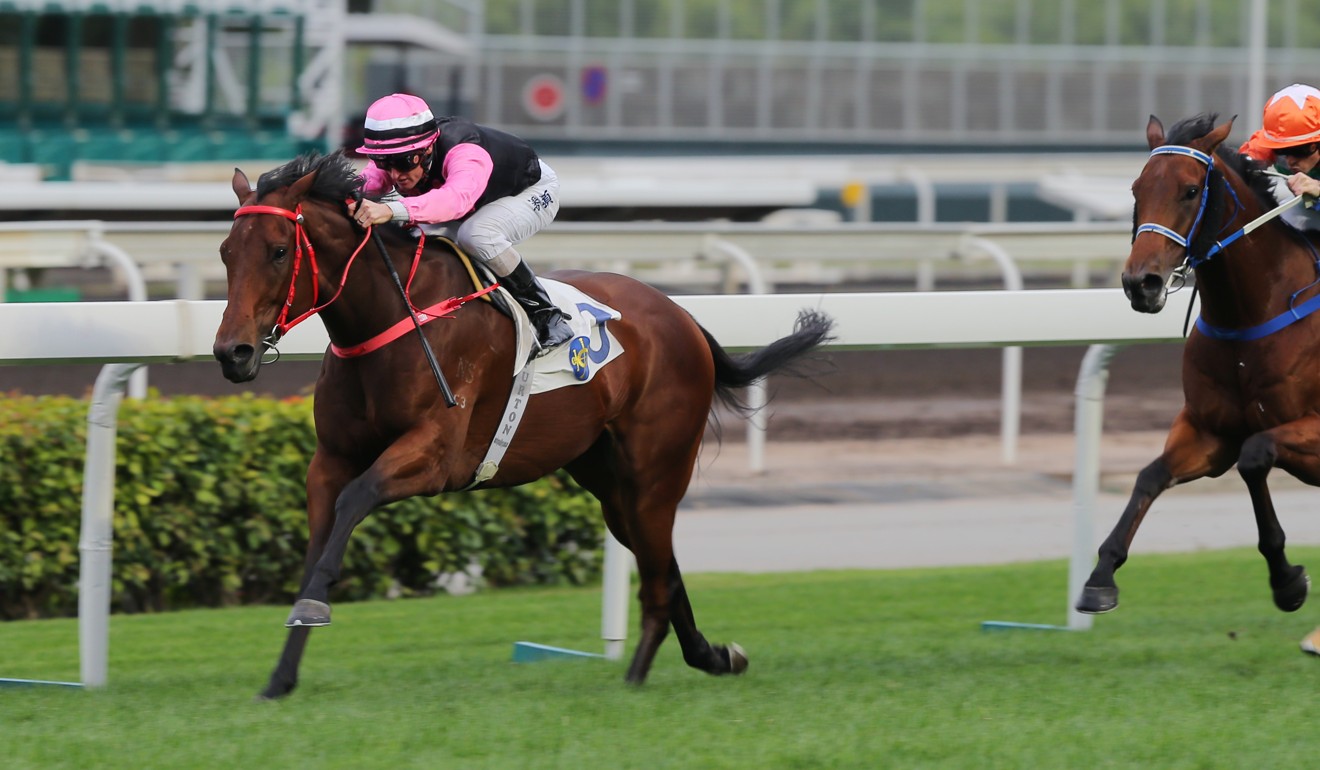 Purton looked set for a seventh winner in the last race of the day with short-priced favourite Glorious Artist but was beaten by a neck after being almost knocked off his horse while rounding the turn.

While it will not go down as his most memorable day on the racetrack after riding multiple Group Ones, Purton said it was a nice achievement.

“All these little achievements and milestones all add up, they add to the chapters in the book so it’s nice to have it on the board,” he said.

With Moreira suspended, trainer John Size has turned to Purton for his premier rides and the 36-year-old has obliged, winning three times in six attempts from Wednesday night.

Of those, Purton flagged Full Of Beauty’s win in the Class Three Wu King Handicap (1,200m) as the highlight, saying the unbeaten four-year-old won with plenty in the tank.

“I thought he won pretty comfortably today, I am sure he will be better chasing a horse because he was loping along for the last 300m. From that point he is one to watch going forward,” he said. 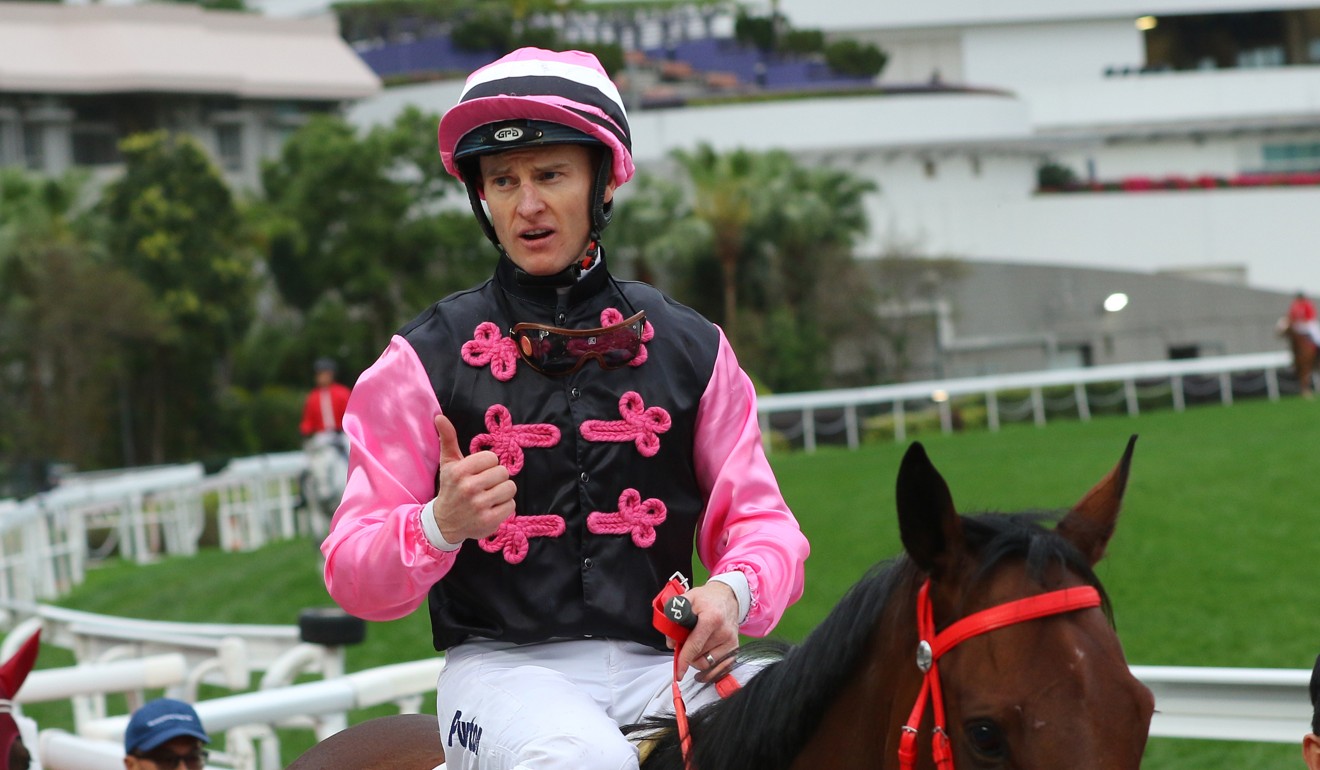 In what would be a blow for Moreira, Purton flagged the possibility of riding the horse in the future for the owners – the Kwok family – who he rides champion Beauty Generation for.

“It’s not [a closed shop], the owners haven’t signed the contract with Joao in the stable and the option they’ve said is for me to ride their horses,” he said.

“But I am not going to flex my muscle against John Size, if he wants to put me on, he will, if he doesn’t, he doesn’t – I’ll let the trainer make the decisions there.”

Size said he had no plans of backing the horse off, despite him racing through the grades in his four starts to date. 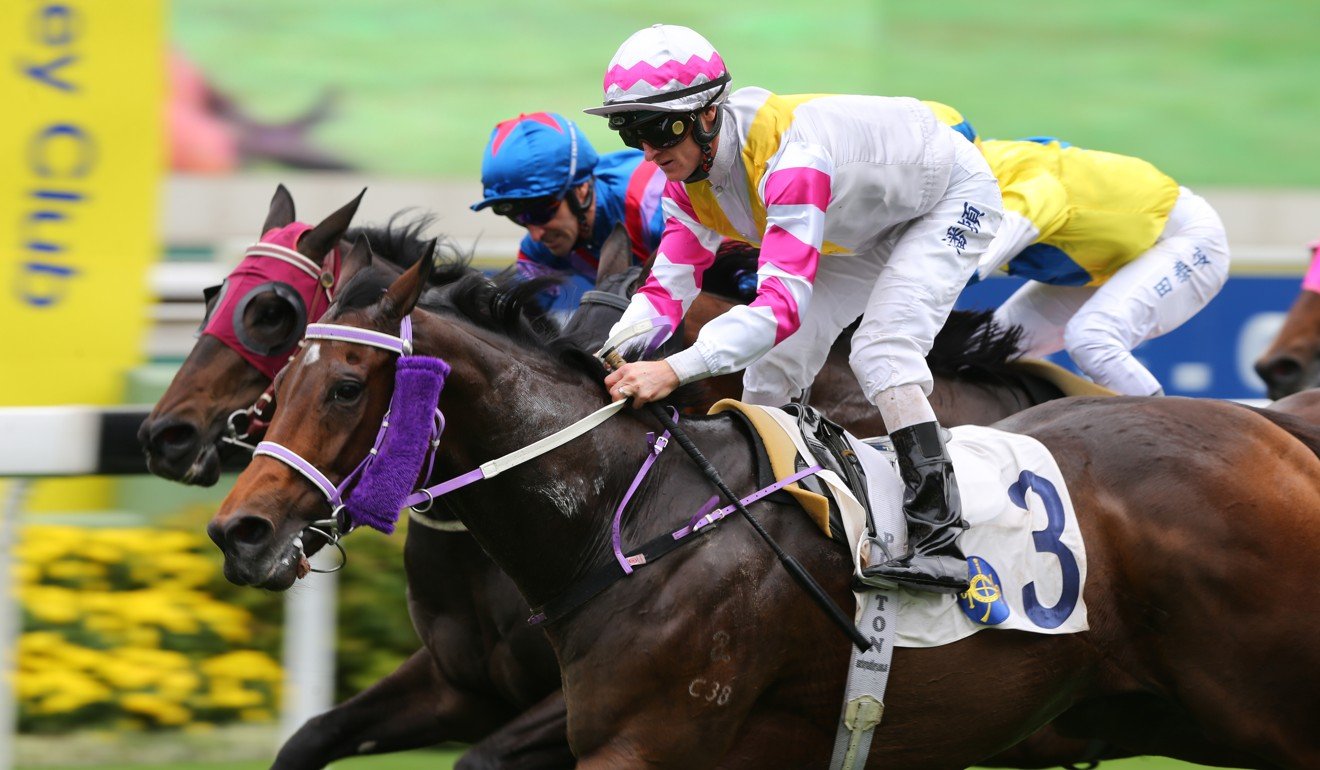 “He is just winning them at the moment, that was the top of Class Three and he got there pretty quickly,” he said.

“I’ll see how he is, the horse hasn’t shown any signs of taking a backwards step, he is four, not a three-year-old, so he might keep going.

“He is conditioned well and he hasn’t shown me any sign of discontent so that’s why we went back to the races, I will have a good look at him again but I am not expecting anything.”

Winning off a rating of 78, Full Of Beauty will now find himself well in Class Two, rated over 80.