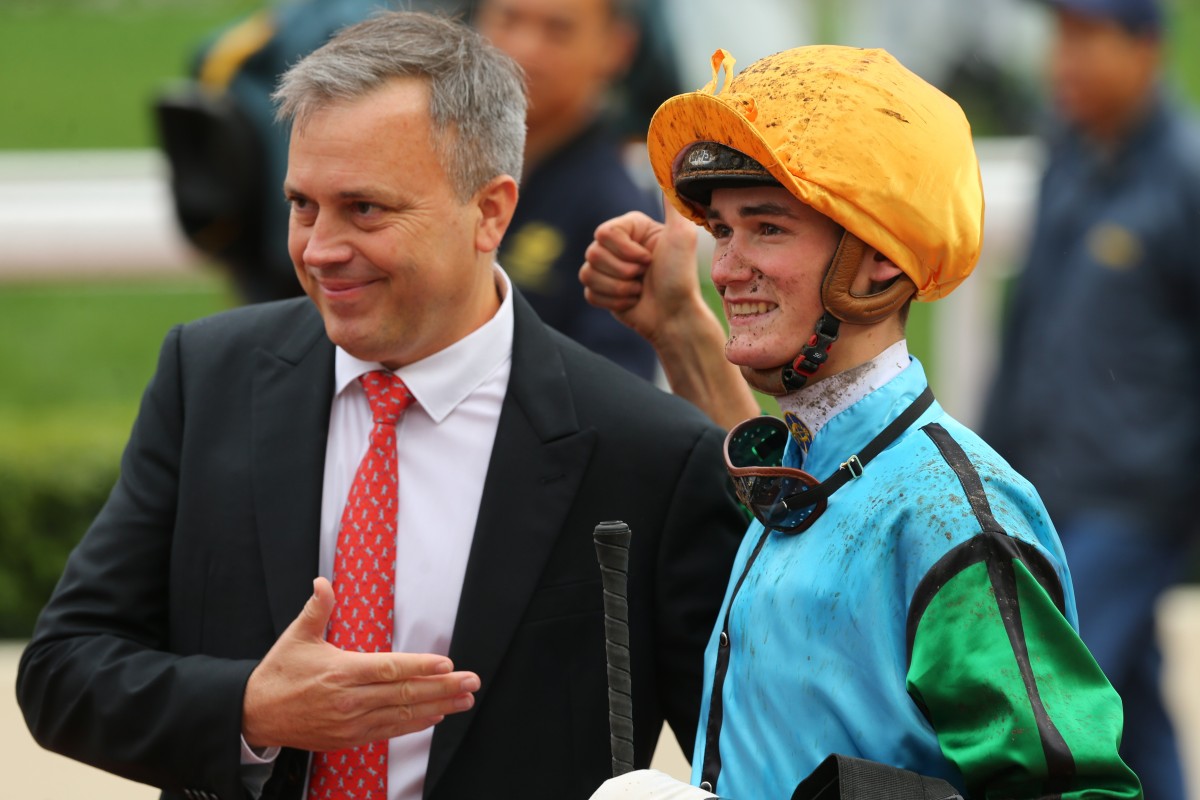 Regan Bayliss proved he has the fortitude to survive in the pressure cooker that is Hong Kong racing with a dream double at Sha Tin on Sunday.

Only two weeks after his first ride in Hong Kong, the 21-year-old broke through with his first winner aboard Rise High and had his second just over an hour later when Champion’s Way continued his unbeaten run.

With the crack ride on the John Size-trained Champion’s Way and a host of other chances, the rising star came into the meeting knowing he had to perform to prove himself in the cutthroat Hong Kong environment and he delivered in spades.

“Today was the first book of rides I thought I was going to be very competitive in and I’m glad to come up with a double,” said Bayliss, who is contracted until May 25.

“Coming in with a great book of rides I was quietly confident that I was going to hit the board, I’ve been getting some great support from a variety of different trainers.

“I feel as if I’ve been riding really well and putting my horses in good spots but as everybody knows you just need the right horse and the opportunity and today I came up with some nice opportunities and I’m glad I could grab them with both hands.” 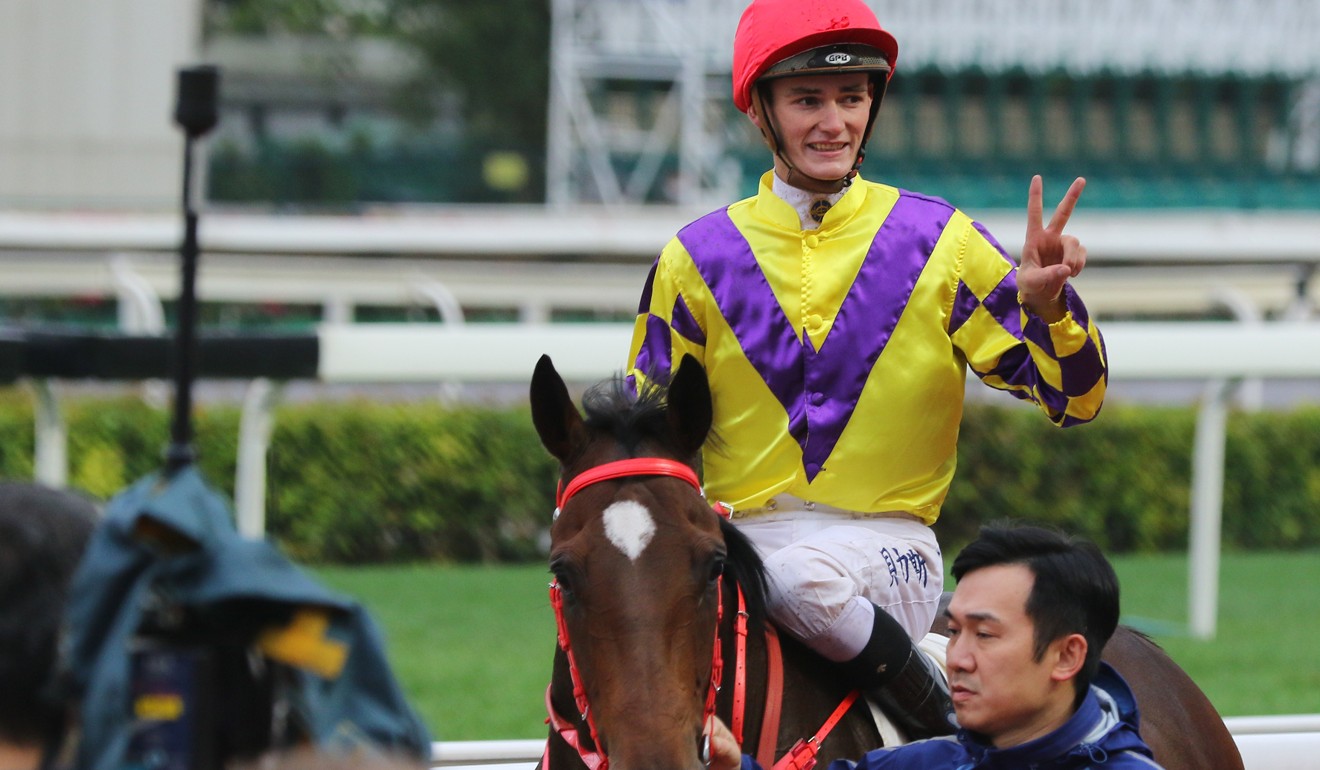 Making the day even sweeter, Bayliss’ partner Sheridan Paine was watching him ride in Hong Kong for the first time after flying in for the weekend.

“She was a bit of a good-luck charm, it was good to have her here,” he said.

While Champion’s Way went in with big expectations after two big wins to start his career, the performance of Rise High in the Class One Lavender Handicap (1,600m) was less expected.

The Caspar Fownes-trained five-year-old rattled home from last, leaving his run so late even Bayliss didn’t think he was going to get there.

@Reganbayliss is off and running in HK: The 21-year-old Aussie celebrates his first winner in his new home as the Caspar Fownes-trained Rise High swoops late to thwart What Else But You in the Class 1 Lavender Handicap. #HKracing pic.twitter.com/Ru5t6Ce92t

“Honestly, I didn’t [think he was going to win], Zac [Purton] had such a beautiful run on the favourite [What Else But You] and the last 100m I still didn’t think I was going to win, but to my horse’s credit he pinned his ears back and he was strong right through the line,” Bayliss said.

Fownes was ecstatic with the victory and heaped praise on Bayliss after he executed the trainer’s orders to a tee.

“I’m very happy for Regan to get a winner like that, hopefully he will gain some momentum now and people can give some opportunity,” Fownes said. “He rode it just perfect, even if he had got beaten it was still a great ride because I wanted this horse out the back.

“I’ve been saying for a long time he needs to just chase, switch him off, pick him up, bang, he’s a different horse.”

Bayliss almost had a treble, with the Benno Yung Tin-pang-trained Not Usual Talent pipped on the line by Size’s Unicron Jewellery in the Class Three Primula Handicap (1,600m), but the Australian was more than happy focusing on the positives.

You can't keep a good man down! @zpurton had been playing second (and third) fiddle all day long - with 5 seconds and three thirds - but the champion thwarts a @Reganbayliss treble as Unicron Jewellery pips Not Usual Talent by a short head in a thrilling Sha Tin finale. #HKracing pic.twitter.com/KSmjxKkHbm

Wins don’t come much more positive than that of Champion’s Way, with the three-year-old overcoming the widest alley to dispatch the field in the Class Three Oncidium Handicap (1,200m), despite drifting right out towards the outside rail in the straight.

“Champion’s Way is a very impressive horse and it’s good to get a winner for the world-renowned John Size,” he said. “It was good to land in a lovely spot from that wide draw, I got a little bit of cover.”

While Purton dashed Bayliss’ chances of a treble with his win aboard Unicron Jewellery, the champion jockey didn’t have it all his own way on Sunday, notching five seconds and three thirds before landing a winner in the final event. 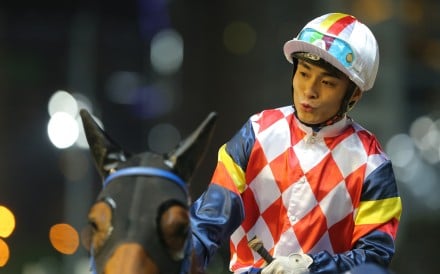