He’s reached the pinnacle with Winx but the look of genuine satisfaction on Hugh Bowman’s face showed just how much Sunday’s victory aboard Furore in the BMW Hong Kong Derby meant to him.

It capped a tough week for Bowman after he left Flemington early last weekend to be with his ill wife Christine, who has since improved.

He was showing no signs of wear and tear on Sunday, however, producing a gem of a ride to salute on the $5.9 third favourite.

“It’s really good [to finish the week with a win like this],” Bowman said. “These races are hard to win, it’s hard to win the top races anywhere in the world. You need luck and today the luck was on my side and I’m chuffed.”

It was Bowman’s fourth trip to Hong Kong in two months and his commitment to the Frankie Lor Fu-chuen-trained Furore paid the ultimate dividends.

“I was so thrilled to win the Classic Mile on him and that suggested to me he was a serious Derby contender,” he said. 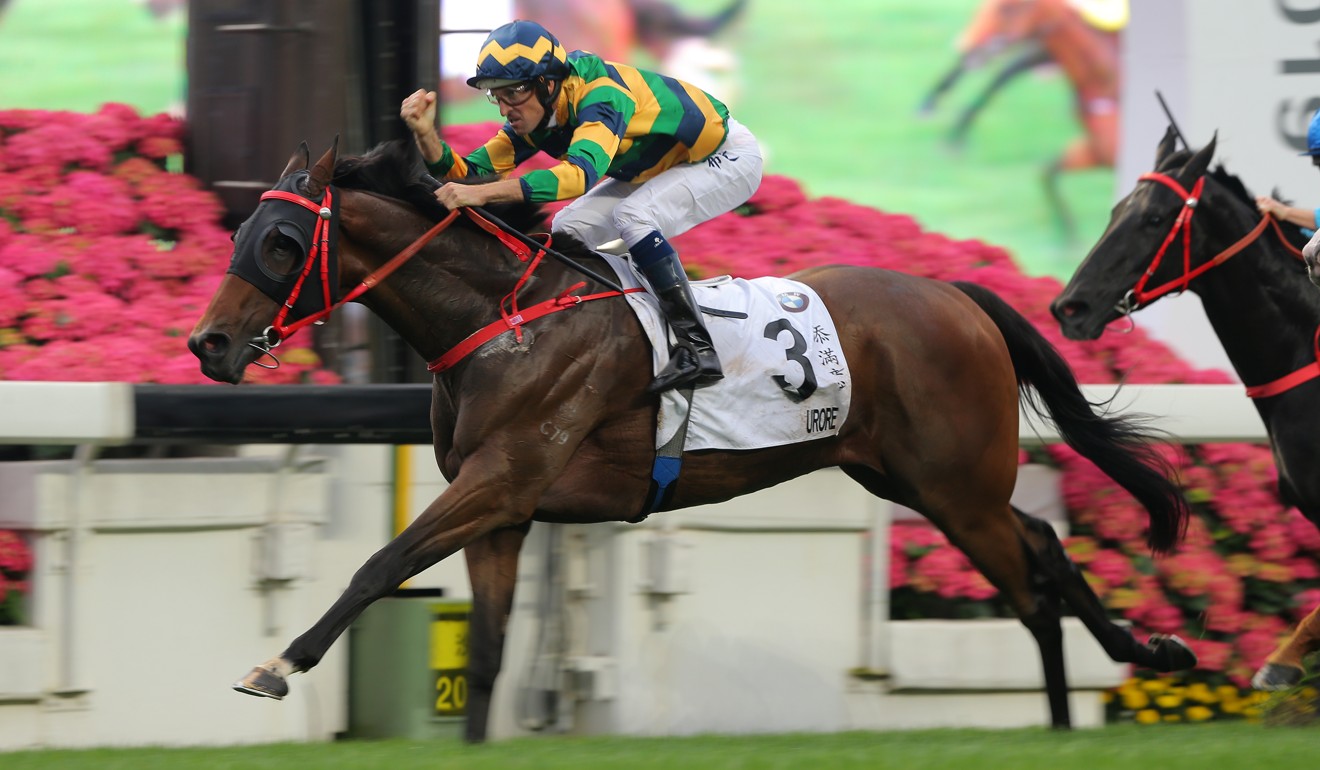 “Full credit to the stable to produce him so well today. I thought his manners were a bit better before the race today, he was more settled and that gave me confidence to ride him the way I did too.”

After winning the Classic Mile in his first ride on Furore in January, Bowman elected to go back on the horse from gate 12 in the Classic Cup last month before storming home for fourth, but he was not going to leave anything to chance this time.

With gate 12 to negotiate again, he was positive out of the barriers and had Furore just off the speed with cover by the first turn to ensure the gelding had the perfect trip.

“It was a bad draw. I rode a negative race last time by design and I was just totally dictated to by the pace and I thought he ran really well,” Bowman said. “But I just figured today, what’s the point in doing the same thing? I guess I had the risk of being caught wide or not getting a good run but the gods were on my side and I got the nice run.

“I was a bit worried when the pace slowed at the back and then I could see Zac [Purton] outside me [on Dark Dream] and I sort of let him go and I was able to get on his back and he was the right horse to follow into the race.”

It was Bowman’s second Derby win after he took out the 2016 edition with Werther and he could be back sooner rather than later if Furore follows in the footsteps of that horse, who went on to win the QE II Cup a month after his Derby success.

“I would imagine that would be the logical step for him but we will enjoy today first,” he said. “He’s a horse that is only going to keep progressing. 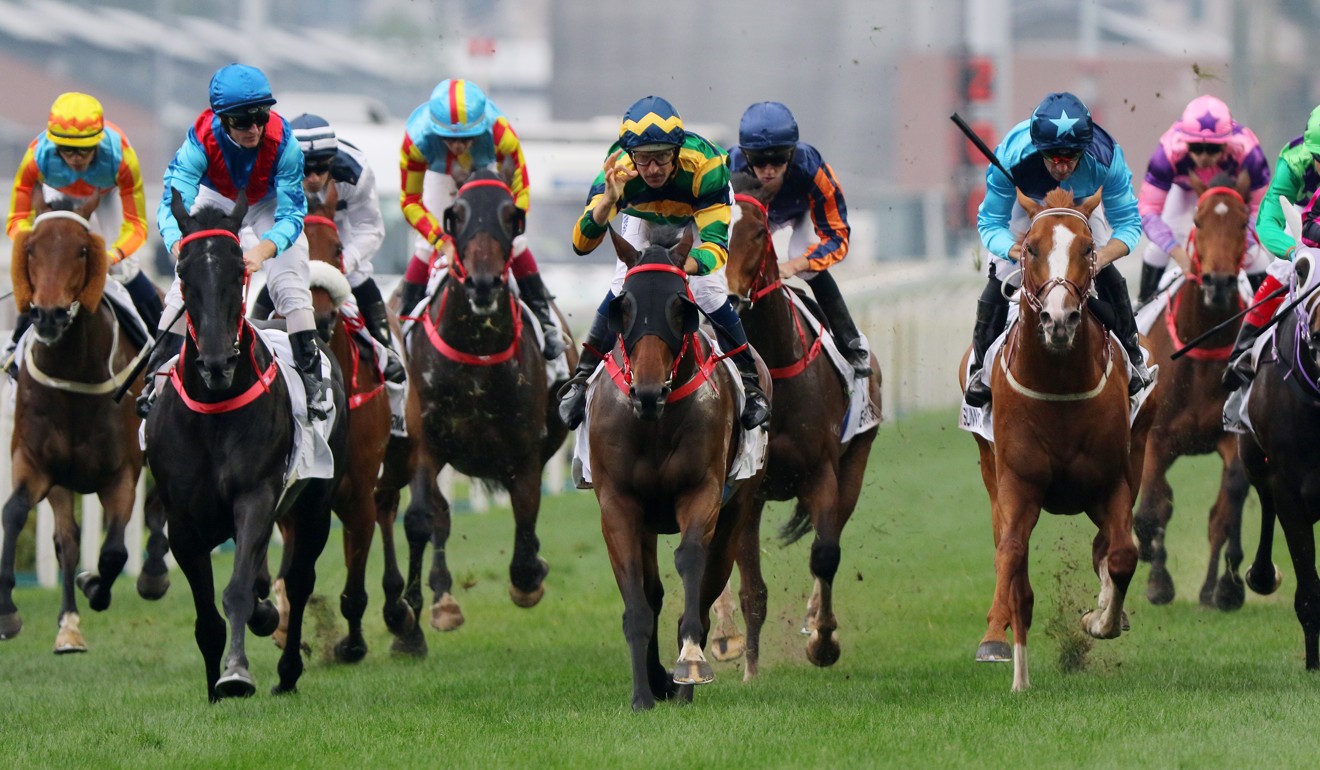 “I’ve had great success here over the last four or five years and Werther was the start of that really and it’s great to get the opportunity on another lovely horse.”

Raging-hot favourite Waikuku stormed home for second after being taken back to second-last by Joao Moreira from barrier 14, with the horse showing no ill effects of a foot problem that interrupted his preparation.

“Amazing run, he has got beaten by a very good horse, a horse that delivered his very best today,” the Brazilian said.

“My horse, as we all know, had some little issues and the way he ran today overcoming that, we should be very proud of his performance.” 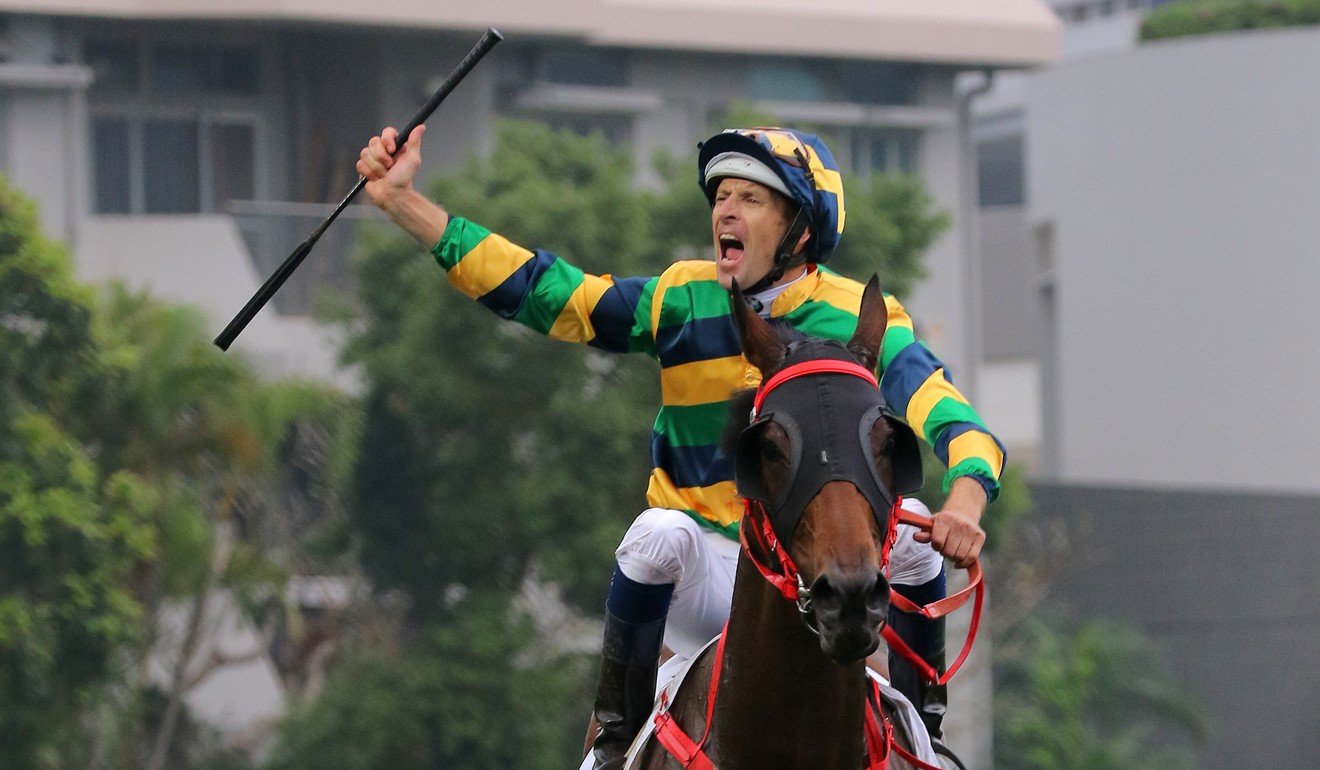 The John Moore-trained Sunny Speed produced a huge performance to finish third at his third Hong Kong start after being sent out at $87, travelling nicely midfield before finishing strongly once Neil Callan found clear air in the straight.

“He got a lovely run through in the straight and when I kind of loomed up at the 250m, I thought he was going to run past the winner,” Callan said.

Purton was stuck three-wide without cover throughout on Dark Dream but the $3.8 second favourite stuck on a gallant fourth, however the champion jockey said it was game over before the start of the race.

“He cooked himself before the race,” Purton said. “He was very fired up behind the gates, dragging the attendant around.

“In the gates he was just awful, throwing himself around. He just bombed the start and then from there he was caught out on a limb. It was all because of his attitude.”