Top jockey Zac Purton has pulled off a coup, securing the ride on top-rated sprinter Mr Stunning for the upcoming feature races, unseating Karis Teetan in the process.

The Australian will ride the Frankie Lor Fu-chuen-trained six-year-old in the Group Two Sprint Cup (1,200m) next week and the Group One Chairman’s Sprint Prize (1,200m) three weeks later after the horse’s owner requested a change of rider. With Purton picking up the ride, it means he now has a live chance to win all three of the Group One features on Champions Day on April 28, where he will also ride Beauty Generation and Exultant.

Purton had previously ridden John Size’s Ivictory and David Hall’s Little Giant, but both fell out of form soon after.

“I haven’t had a decent sprinter all season so it’s nice to finally get on one,” he said. “At the start of the season John Size had a handful of them [sprinters] and as the season has progressed it’s been a war of attrition really.

“We have a long way to go between now and then [Champions Day], horses have to hold their form, get the track to suit and draw the right gate so I won’t be worrying about that too soon.” While Purton said it is a “long story” as to how he managed to land the ride, it is a blow to Teetan who won his first international Group One on the horse when they combined for the Longines Hong Kong Sprint in December last year.

They were then narrowly beaten in January in the Group One Centenary Sprint Cup (1,200m) by Joao Moreira on Beat The Clock.

Teetan is likely to ride the Tony Millard-trained Refined Treasure in the Chairman’s Sprint Prize should he gain a start.

Mr Stunning was given a final major hit-out on Tuesday morning ahead of his return to racing next Sunday with a barrier trial at Sha Tin.

Purton said he was impressed with the son of Exceed And Excel. 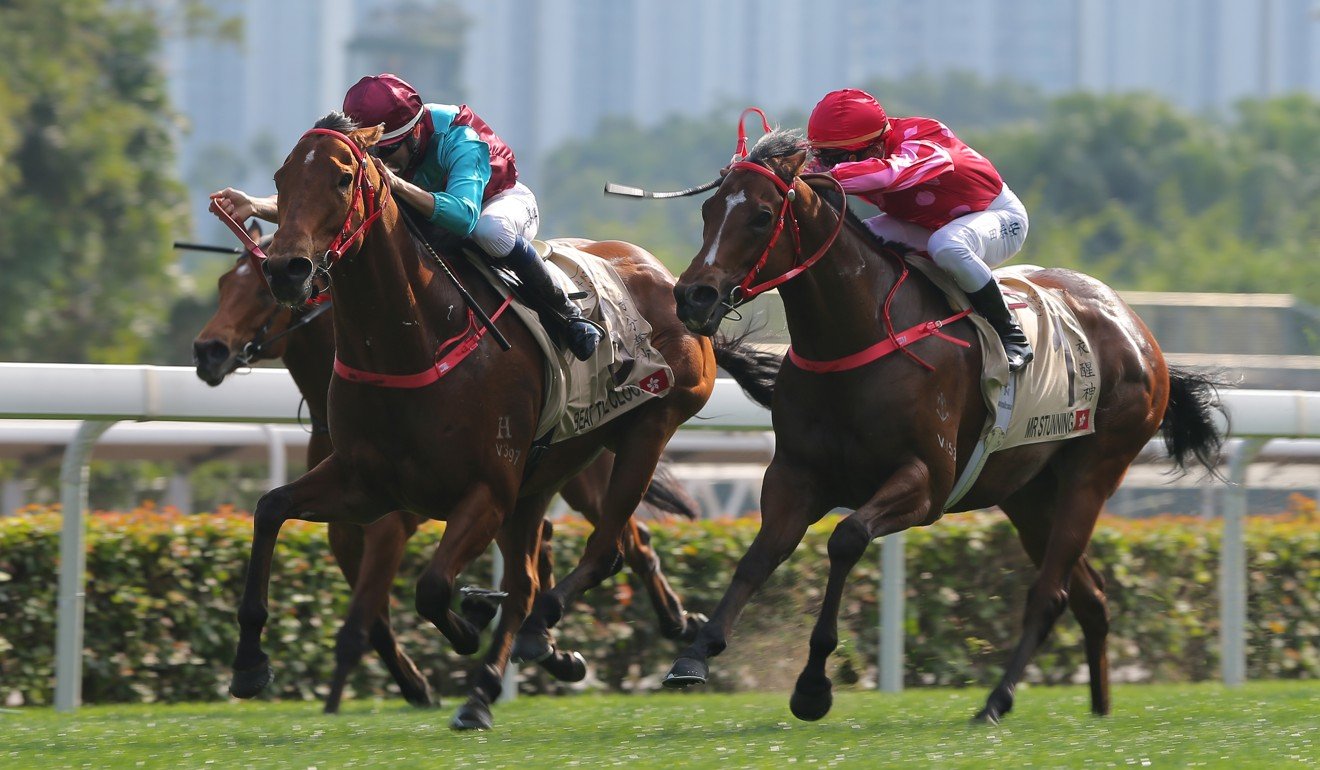 “He felt pretty good, he wasn’t under any pressure, he jumped out well as he does and had something to look at so he floated through the trial. He didn’t have to overly extend or use himself because he is a laid back customer,” he said.

Lor said Mr Stunning was as relaxed as he had seen him this season with Purton aboard.

“Zac has the soft hands so he looks more relaxed than normal,” he said. “I can say it was [an owners decision] because he already talked to me about the horse being six-years-old so next year he turns seven.

“He is thinking about whether the horse can keep his top form or not, he thinks there are at least still two big races for him so that’s why he changed the jockey.”

Purton also trialled John Moore’s up-and-coming three-year-old sprinter Styling City, who is nominated for both next week’s Sprint Cup and the Chairman’s Sprint Prize, however Moore will likely opt for a Class Two race in place of the Sprint Cup before assessing the horse’s rating.