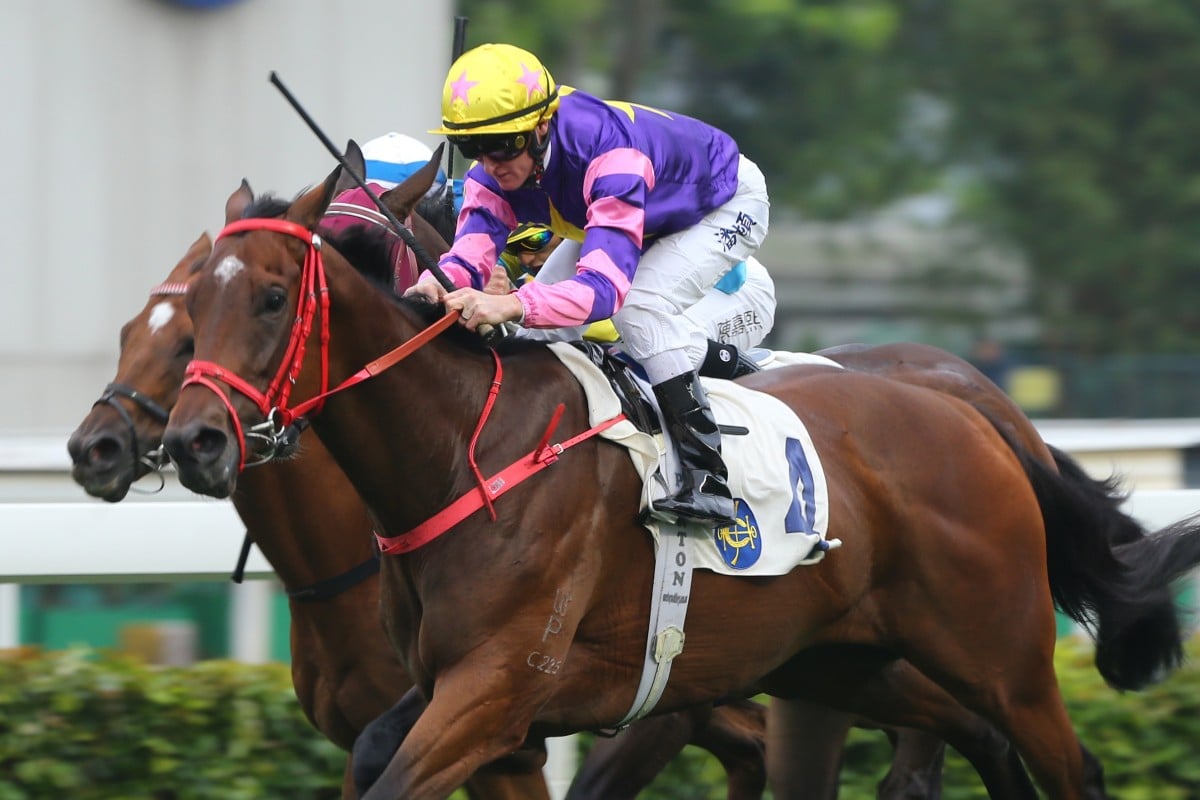 The Sunday double saw Purton move to 948 winners, eclipsing Cruz’s effort of 946 while recently retired Douglas Whyte is peerless with 1,813 across 23 seasons.

The Australian rode a winner just hours after touching down in Hong Kong following his effort on Southern Legend at Dubai’s World Cup meeting on Saturday night. Purton piloted the Frankie Lor Fu-chuen-trained first-starter Everyone’s Joy to victory in his first ride for the day after him and Joao Moreira were unable to compete in the first two races.

He then went on to win with Lean Perfection in the Class Two Tolo Harbour Handicap (1,400m) with a masterful ride.

“I unfortunately never got to ride with him and I actually haven’t seen any tapes of his riding but his record clearly tells you he was a brilliant jockey so to be mentioned in the same breath as him is quite an honour.”

With 93 winners already this season, Purton is on track to break his personal record of 136 winners in a season, which he achieved last year.

Purton paid credit to his wife Nicole, who encouraged him to stay in Hong Kong after a tough initiation during his first season in 2007-08.

Another near miss on a front runner for Alfred Chan on his debut day: Bingo travels strongly in front only to be worn down by Frankie Lor's well-backed newcomer Everyone's Joy. The winner was @zpurton's first ride of the day after an overnight flight from Dubai. #HKracing pic.twitter.com/ahaRCYUkhF

“There was a stage in my first season when Nicole and I went on a holiday to Phuket and I didn’t remember it until she reminded me a couple of seasons ago, she said I looked at her at dinner and said I didn’t want to go back [to Hong Kong],” he remembered.

“Obviously that tells you how difficult it was at that time, but she’s a very positive person and made me stick it out and I am grateful that she did because it was at the back-end of that season and things started to get going a little bit then.

“You have got to remember when I first came here, the list of jockeys I was up against, they had been here a long time, were very well established and had a lot of connections. 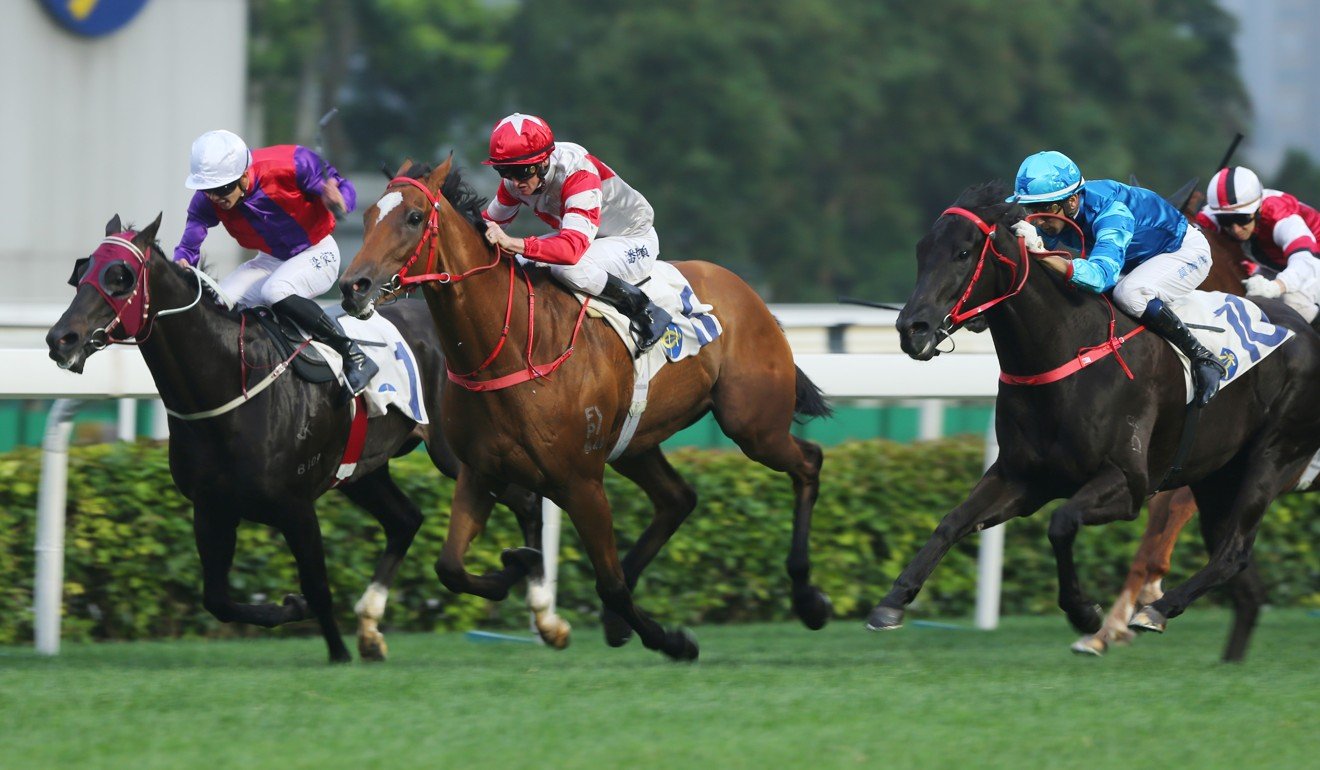 “I am glad I listened to Nicole, things have worked out all right.”

Coming to Hong Kong in his early 20s, having secured champion jockey titles in Australia, Purton was not short on confidence but said he never imagined of reaching the lofty heights he has now.

@zpurton thwarts a Moreira four timer and seals a double of his own as Dennis Yip's Lean Perfection finds just too much for Tornado Twist in the Class 2 Tolo Harbour Handicap at Sha Tin. #HKracing pic.twitter.com/bKWtHV56c5

“I can appreciate it now because I understand how hard it is to ride a winner in Hong Kong so to be given the opportunities I have been given and build up the support over a number of seasons now and to be able to pass a mark like that, I do appreciate all the hard work that has gone into it,” he said.

Cruz acknowledged Purton as one of the best to ever ride in Hong Kong but lamented he did not have the advantage of longer seasons, with the Jockey Club currently operating on an 88-meeting schedule.

“Records are meant to be broken,” Cruz laughed. 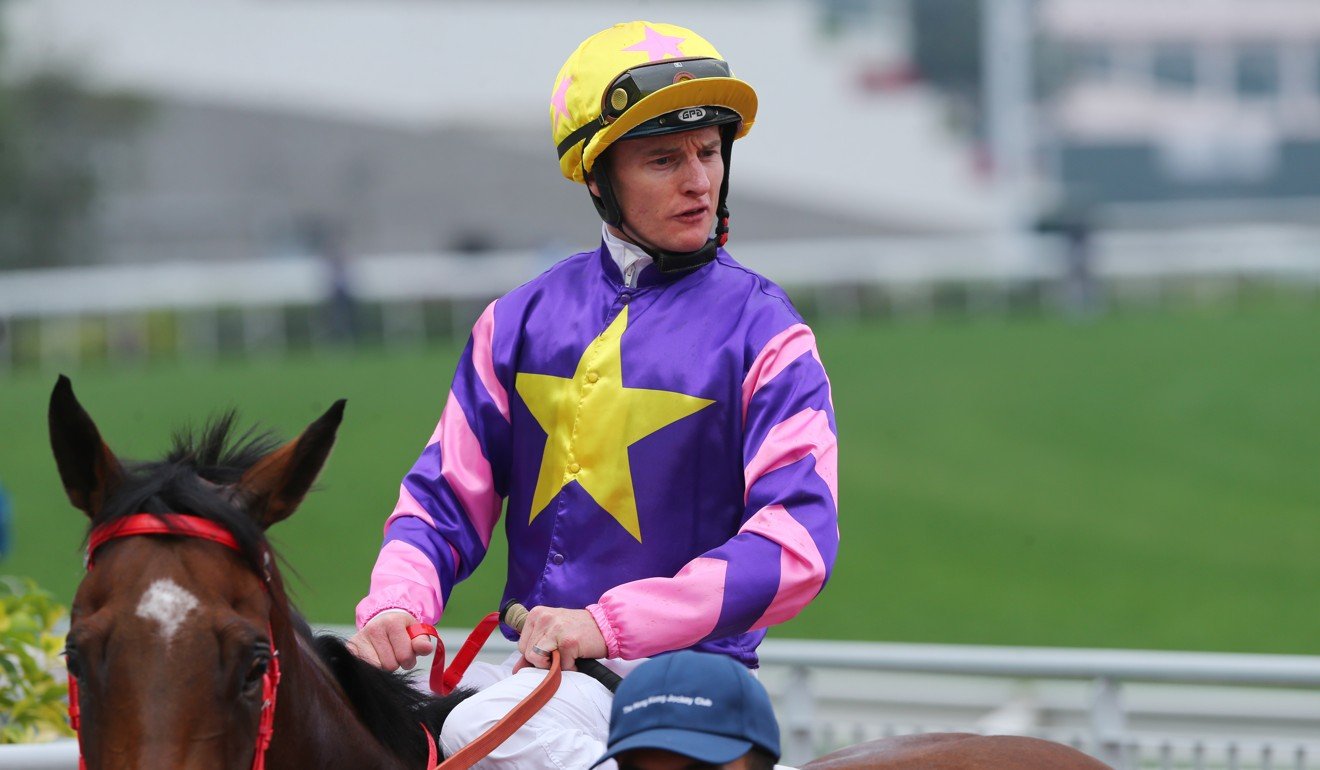 “Someone has to break my record, back when I was riding there wasn’t as many race meetings in the season, was only 40-odd a season.”

Purton has enjoyed a bumper two months in the saddle, booting home 33 winners in the space of just 18 meetings while his main rival Joao Moreira has had 15 over the same period after being dogged by consistent suspensions.