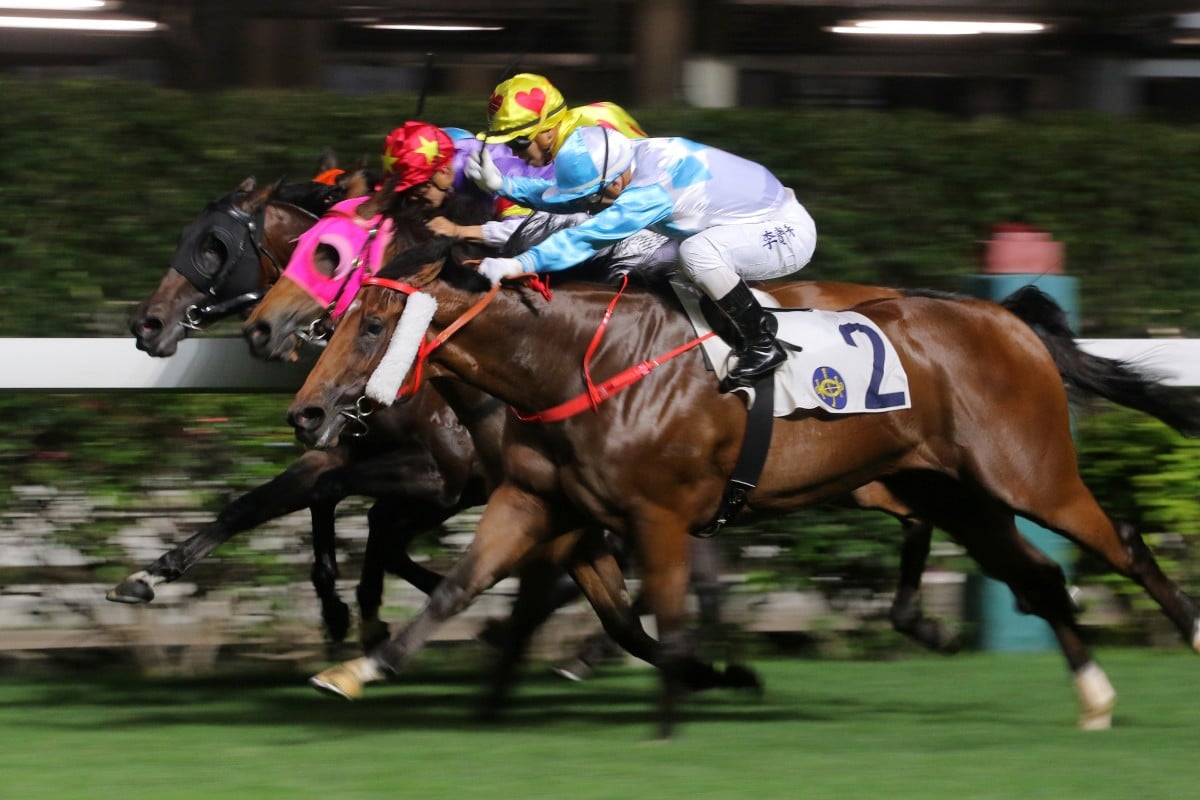 Umberto Rispoli is hitting form at an opportunistic time and he’s hoping to keep it rolling after securing a Happy Valley double on Wednesday night.

The Italian has enjoyed a strong two meetings, collecting a winner (Green Card), a Group Two second aboard Eagle Way (at $46) and a Class One second with Insayshable (at $55) on Sunday before lifting Ruletheroost and Big Bang Bong to victory at the midweek meeting.

With the recent departure of Silvestre de Sousa and some other riders struggling for form, there are opportunities available behind the big three of Zac Purton, Karis Teetan and Joao Moreira and Rispoli is doing his best to make the most of any that fall his way.

.@umbyrispoli lands a double! The Italian jockey weaves through the field to score in the last aboard Big Bang Bong. #HKracing #HappyWednesday pic.twitter.com/WGlRqp3aHs

“Luck wasn’t on my side for a long time and it was on my side this time so I’m very happy,” Rispoli said.

“If you don’t have winners, people forget about you. It’s good to have another two winners, I’ll just keep going like this.” 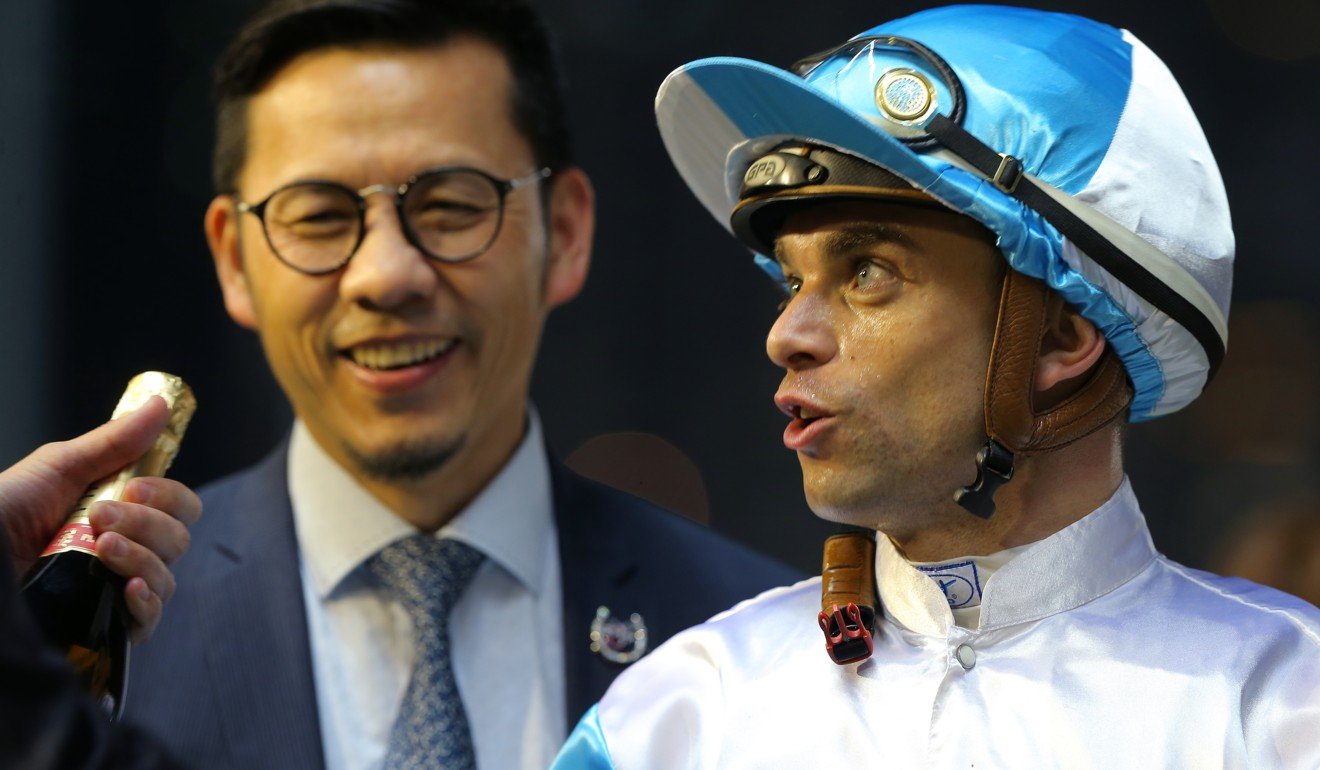 People are starting to take notice and Rispoli – who has not had a ride in a Group One this season – has been booked to partner Eagle Way in the QE II Cup on April 28.

It is a race Rispoli has a great affinity with, having won with Rulership in 2012.

“It’s probably the biggest race I have ever won in my career so I’m very happy to have a ride in it,” he said. “I’ve got a few nice horses coming up.”

Rispoli, who now has 19 winners for the season, made the most of his inside barrier aboard Jimmy Ting Koon-ho’s Big Bang Bong. 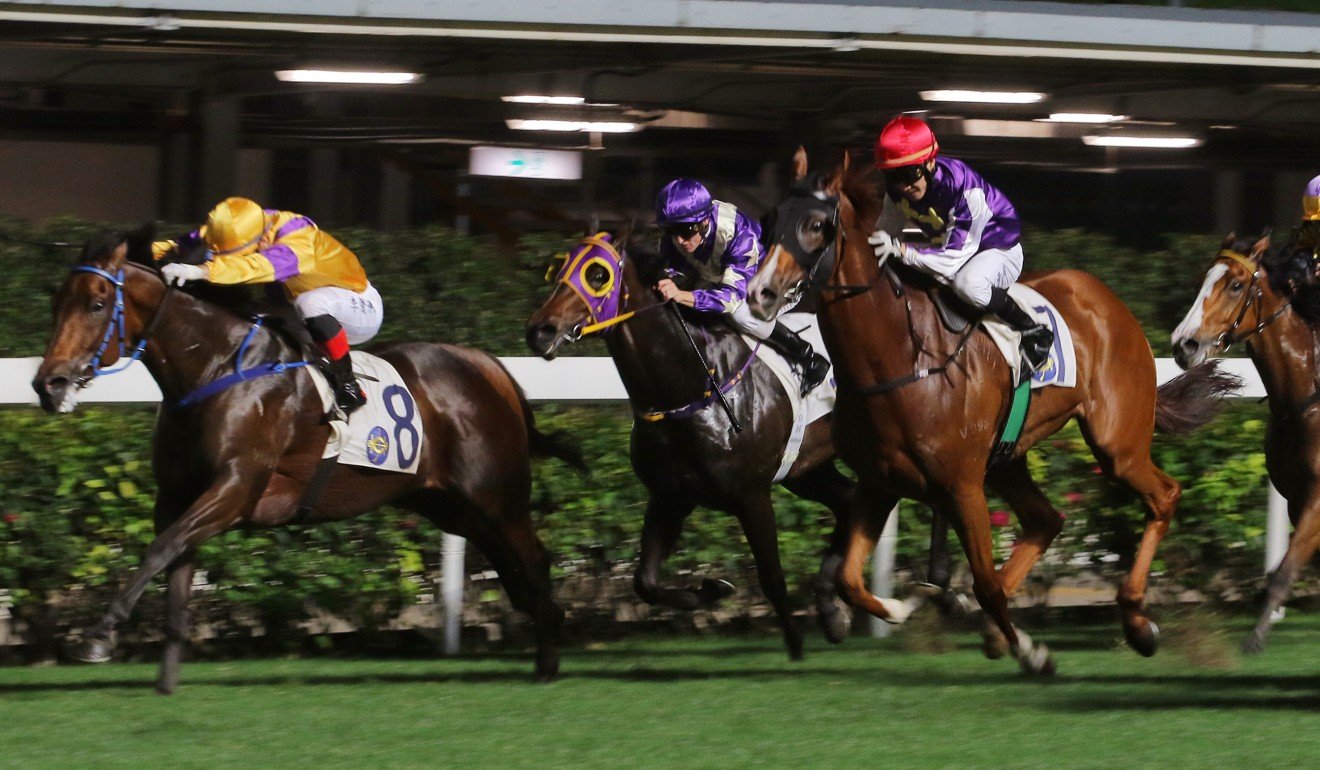 “When you’ve got a draw and a horse is in good form at Happy Valley, it’s very important,” he said.

“Tonight, nothing was coming from behind so it was important to have a good draw. I had a perfect race [on Big Bang Bong], I tracked Zac all the way on the favourite [Happy Force], the pace was good – everything worked out for him.

“I just needed to find the gap in the straight but I know he’s not very happy between horses so he was a little bit shy but once he got through the gap he kept going.”

It was a similar story when he won aboard Frankie Lor Fu-chuen’s Ruletheroost, who had barrier two, but the victory didn’t have the same sense of satisfaction as he felt bad for his injured compatriot Alberto Sanna, who was the regular rider of the four-year-old before fracturing his ankle late last month.

“It’s a shame – Alberto has lost a few winners since he got injured, so I feel sorry about that,” Rispoli said.

It was the first of a double for Lor, who also tasted success with Speed Vision (Victor Wong Chun) in the Class Three Dongcheng District Handicap (1,200m).

“This horse is a little bit tricky – he needs a good draw and he needs to be in front. This was his best performance,” Lor said. “He’s better at Happy Valley, I think Sha Tin is a bit strong for him.”

Great Son leads all the way under Matthew Poon to give Peter Ho his 23rd success of the season. #HKracing pic.twitter.com/Jci1zuj154

Joao Moreira landed a double, lifting John Size’s True Grit home for a narrow victory before guiding the Tony Cruz-trained Wah May Princess to an all the way victory, while Peter Ho Leung also enjoyed multiple winners after taking out the first two races with Great Son (Matthew Poon Ming-fai) and Precious Sweetie (Ben So Tik-hung).

Leading jockey Zac Purton will have to wait another meeting to rack up his 100th winner of the season after only collecting one on the night when Benno Yung Ting-pang’s Dream Come True took out the fourth event to take him to 99.

Teetan was the only rider to earn the wrath of stewards, outed for two meetings for his ride on Casa De Forca.