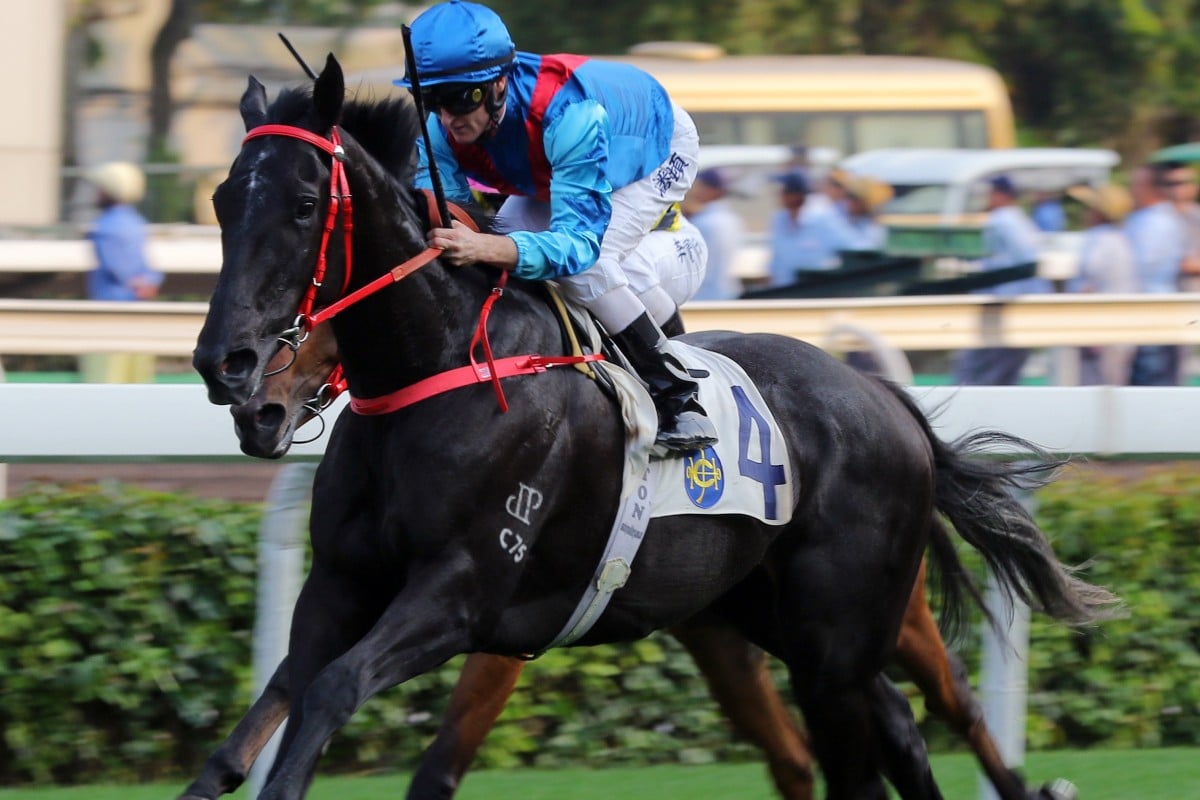 Dark Dream races away to win in Class One grade earlier this month. Photos: Kenneth Chan

Clark rode Dark Dream three times for two Group-level victories in Australia, including the Group One Queensland Derby (2,200m) in June last year – the horse’s last start in Australia before being sold to Hong Kong. 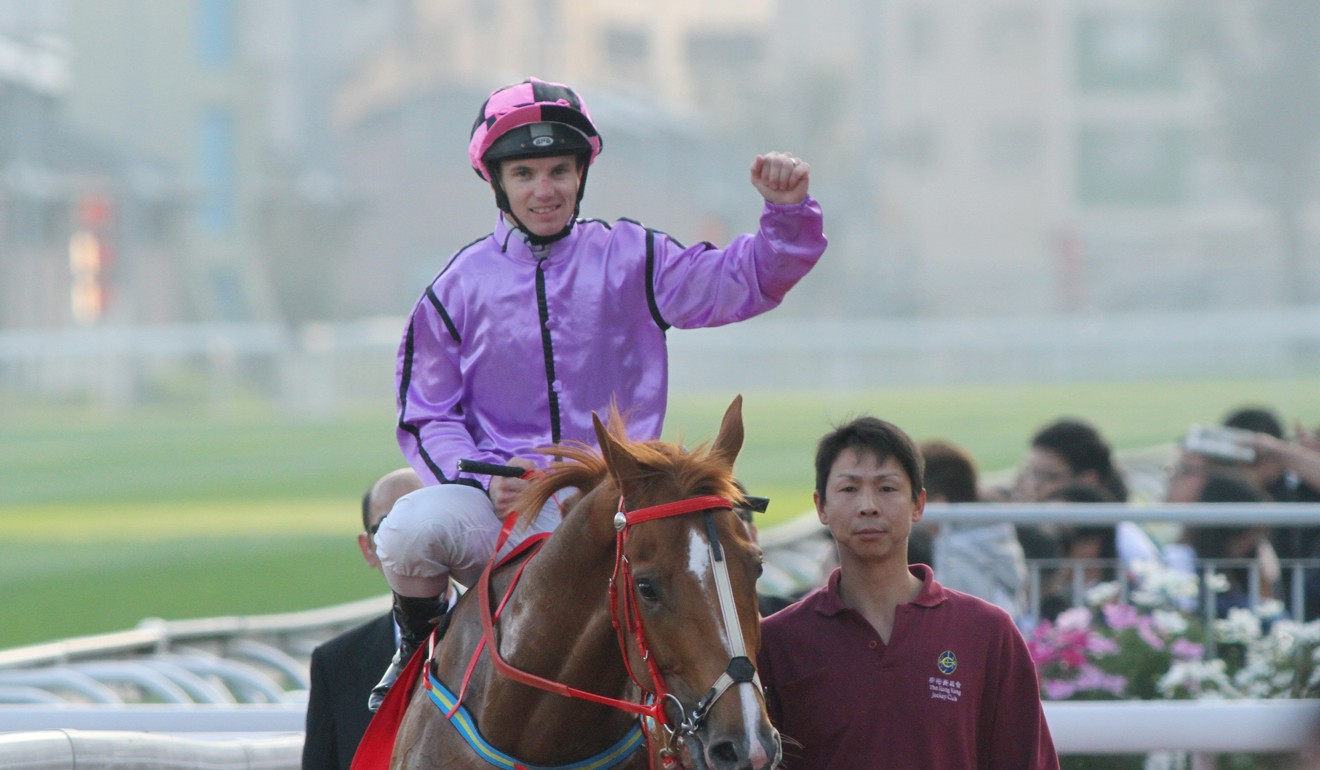 Clark is no stranger to Hong Kong, having spent three years at Sha Tin before returning to Sydney, where he has taken his total of Group One wins to 11.

The 32-year-old has booted home 59 winners during his Hong Kong career, including It Has To Be You for champion trainer John Size in the 2013 Classic Cup.

He last rode in Hong Kong in 2016 when he returned to ride Takedown in the Group One Longines Hong Kong Sprint (1,200m).

While Zac Purton rode Dark Dream to victory at Class One level last week, the champion jockey has opted to ride the Tony Cruz-trained Exultant in the QE II Cup.

“For Dark Dream we have Tim Clark,” Lor said. “He has ridden the horse three times already, it just took a little bit of time [to confirm] because I asked Ryan Moore but he could not come so the owners were very happy to have Tim Clark.”

Regarded as a wet-track specialist, Lor said he was praying for conditions similar to Sunday’s at Sha Tin to give Dark Dream his best chance.

Fellow Australian jockey Hugh Bowman has been confirmed to ride Furore, while Lor indicated a decision was imminent for Glorious Forever with former rider Silvestre de Sousa unable to return to Hong Kong due to his contractual obligations in Britain. 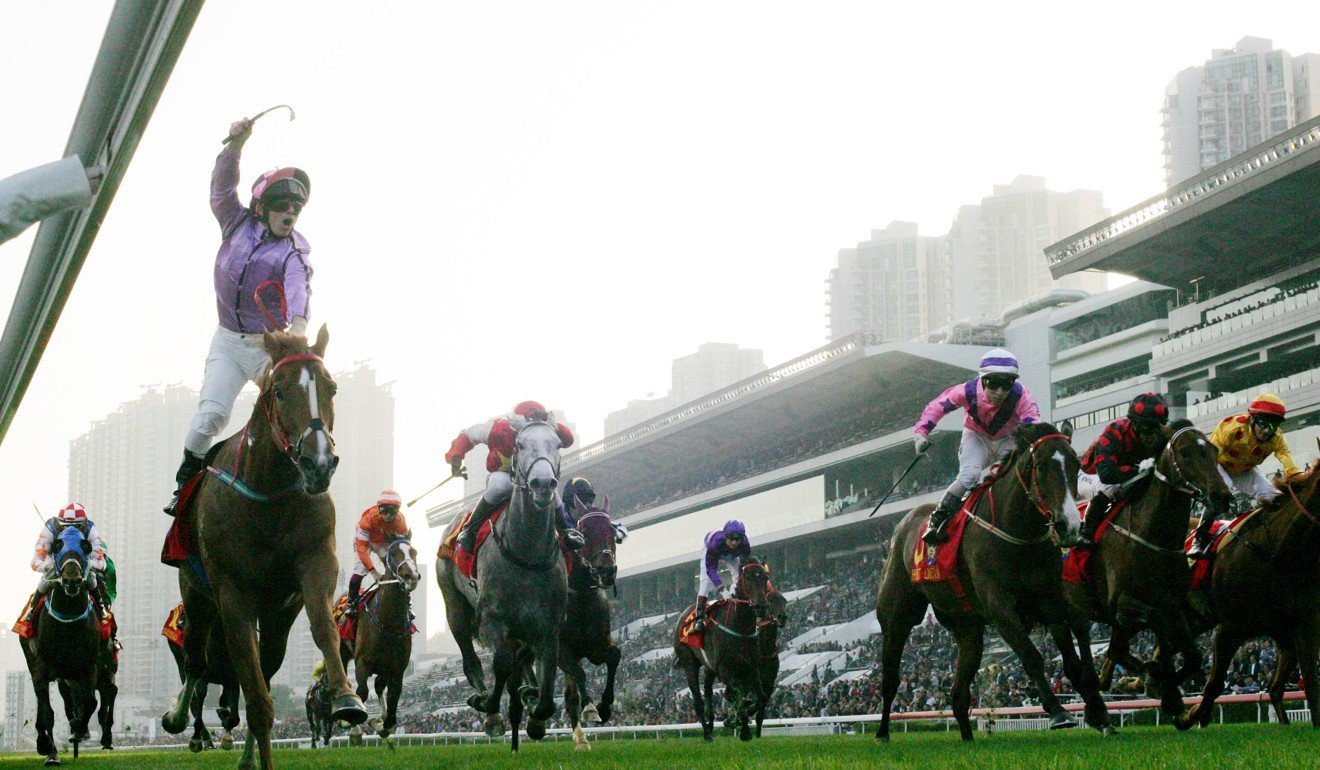 Despite being a beaten odds-on favourite last week, Lor is confident dual Group One Hong Kong Sprint winner Mr Stunning can bounce back in the Chairman’s Sprint Prize (1,200m).

“It had been almost two months with no race for him so it was always going to be hard to find his top form,” he said.

Speaking of the Chairman’s Sprint Prize, connections of early favourite Santa Ana Lane have been left scrambling to find a jockey after Mark Zahra was slapped with a 25-meeting suspension in Sydney on Saturday.

Zahra had been booked for the ride after winning the Group One TJ Smith Stakes earlier this month on the world-class galloper.

Assistant trainer Sam Freedman said he had hoped to secure a jockey in the next “48 hours”.

Smart punters get the cash

Eagle-eyed punters pulled off a number of plunges at Sha Tin on Sunday. Winners Laugh Out Loud and Valiant Dream were brown lamped (odds cut by 50 per cent) late in betting and won like good things early in the card.

It had been 680 days between drinks for backers of the Manfred Man Ka-leung-trained Laugh Out Loud, with his last win coming in the 2016-17 season, while Valiant Dream watchers had to wait just two starts. 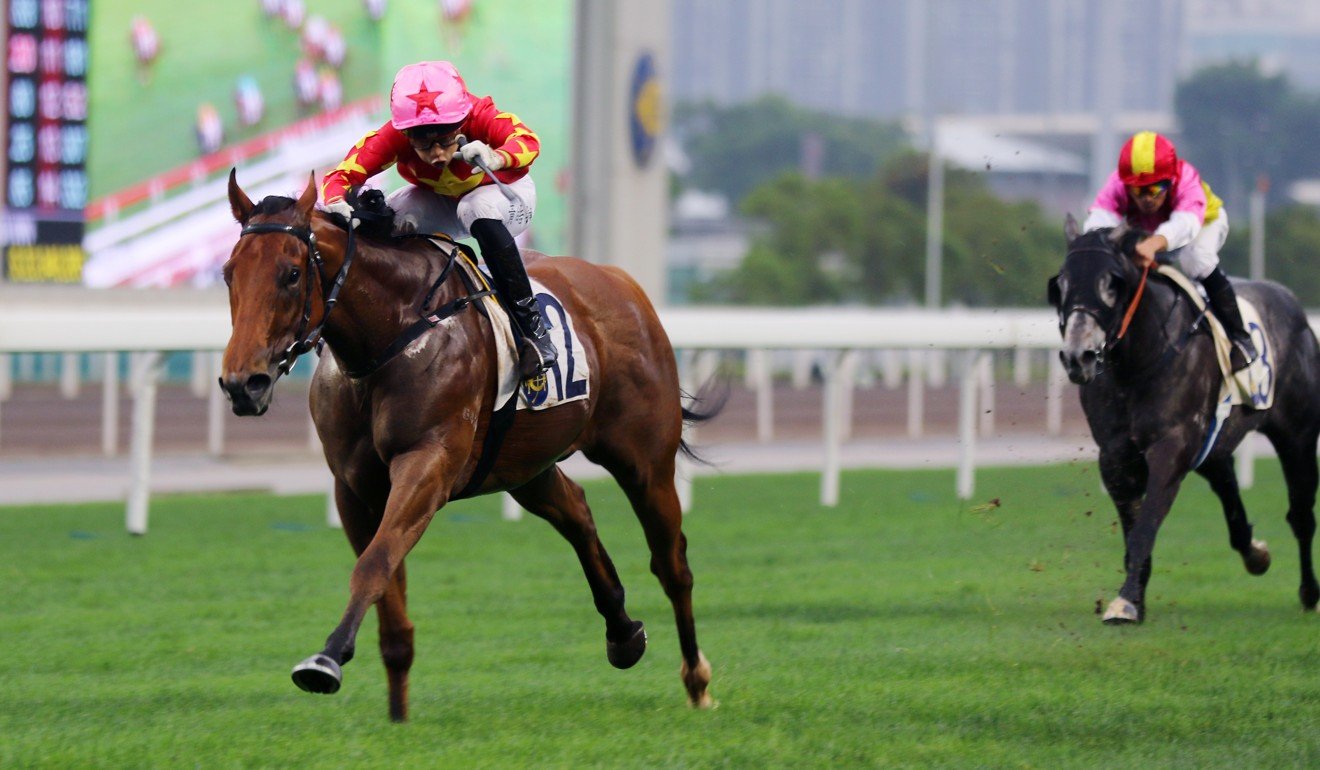 Tongue tie does the trick

Talented second-starter Flying Victory did just that at Sha Tin on Sunday, thanks to a tricky gear change.

The three-year-old refused to let officials put on a tongue tie last month as a heavily backed debutant but had a happier time of things second time around.

“This time it went on better,” trainer Lor said. “I just cannot put it on in the parade ring, we tried last time and he reared up and was very difficult.

He was wayward in the straight, but @zpurton gets the best out of Flying Victory to win R6. #HKracing pic.twitter.com/vaYax3Yz8z

“And then they tried to put it on behind the gate and he just said no, got him even more angry. This time I put it on before they went out when we saddled him up and he was much better than last time.”

Flying Victory won impressively and Lor said there was more to come for the talented type once he managed to iron out a few issues.

“He is still needs to improve a lot because he raced greenly in the straight, Zac said,” he said. 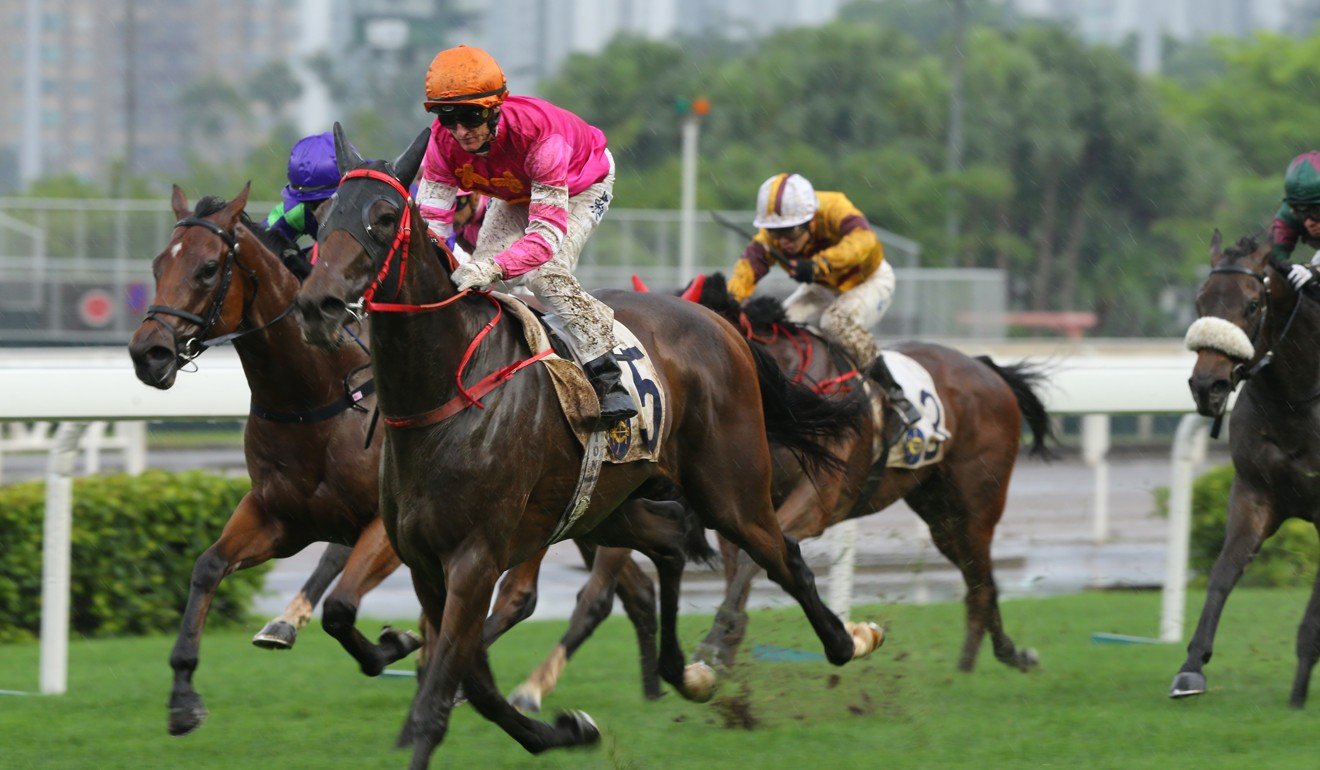 “At least he changed legs in the straight, in his first start, he led with the right leg the whole time, but Zac said he changed this time. He will keep improving because he looks quite good.”

QE II in doubt for Harlem

Australian QE II entrant Harlem looks unlikely to make the trip to Hong Kong. The David Hayes-trained stayer was set to be the feel-good story of the race with Jamie Kah booked to ride the horse in the Group One feature, but the seven-year-old is now unlikely to travel.

In other @lindsayparkrace news it’s been decided after yesterday’s run in the Queen Elizabeth at Randwick that Harlem will spell instead of racing in Hong Kong.
Fundamentalist after a very competitive Autumn will enjoy a good break now.

Harlem ran a 31-length last behind champion mare Winx on Saturday and connections are understood to be tossing up whether to scrap the trip to Hong Kong.

Kah won her first Group One on the horse last month in the Australia Cup and had spoken about her desire to ride the horse in Hong Kong.

Fownes in need of bolt cutters to secure top prospect

Trainer Les Bridge joked he is going to lock boom Australian prospect Classique Legend up in the stables to stop him from being moved to Hong Kong after his slashing win in the Group Two Arrowfield Sprint (1,200m) at Randwick on Saturday.

The three-time winner is owned by Hong Kong-based Boniface Ho Ka-kui, who also has the likes of Southern Legend, and is set to be trained by Caspar Fownes upon arrival, but that date is up in the air.

Also the morning after Randwick success here is Classique Legend at the stables of Les Bridge.
Carmel Size says CL goes to the paddock midweek while decisions are made on future here or HK. pic.twitter.com/7TvexG2BHA

With lucrative races such as the A$14 million Everest (1,200m) and the A$7.5 million Golden Eagle (1,500m) later in the year live possibilities, Bridge raised the possibility of keeping the horse in Australia.

Ho’s racing manager Carmel Size tweeted Classique Legend was headed for the paddock to spell while a decision on his future was made.

The three-year-old is a half-brother to John Moore’s impressive griffin winner Aethero. Moore joked post race he would like to see the pair face off in Hong Kong over 1,200m like full brothers Glorious Forever and Time Warp. 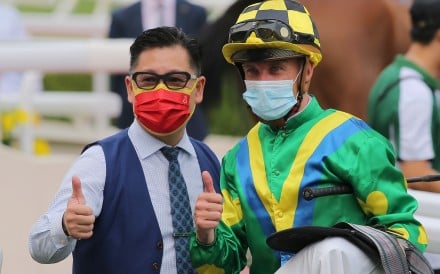 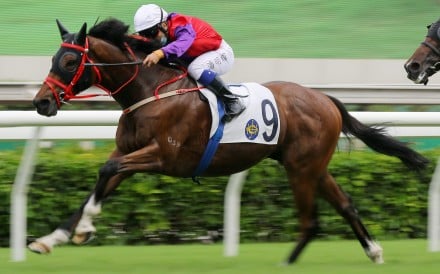 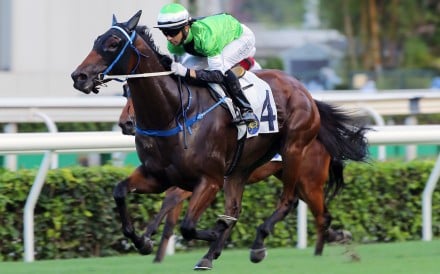