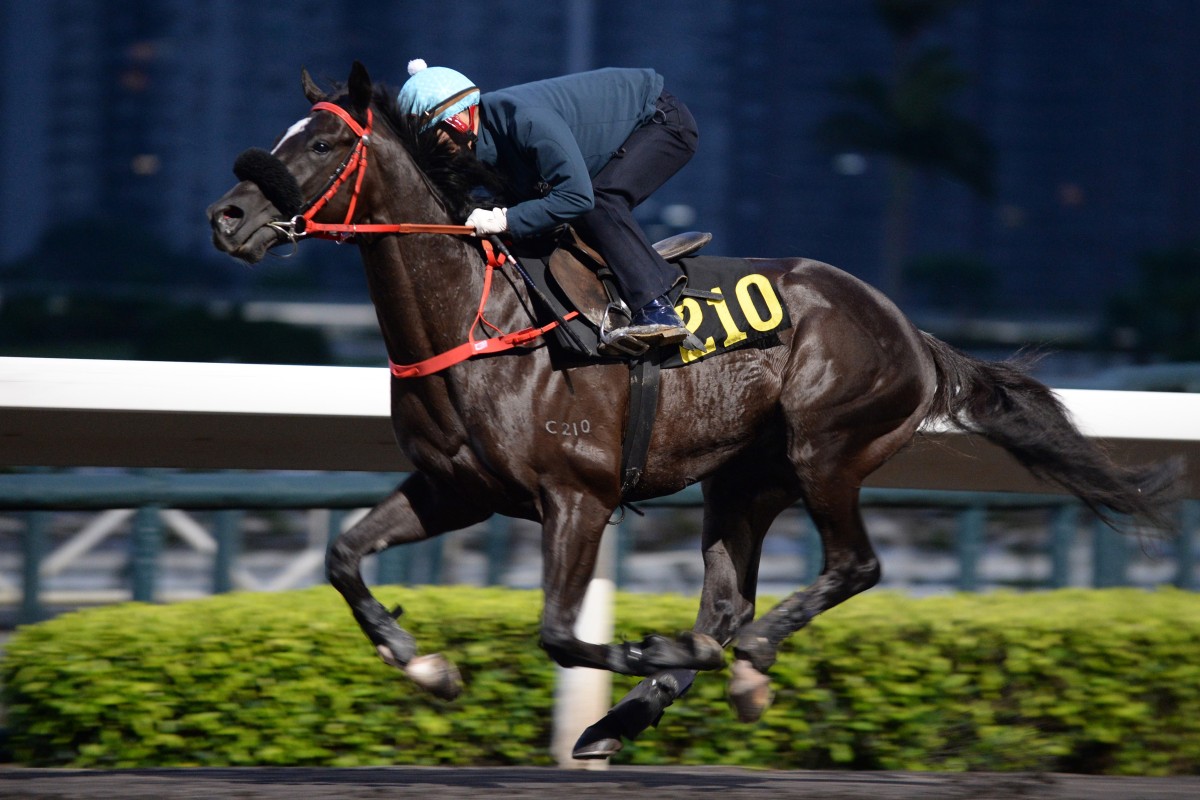 Matthew Chadwick rides Party Together in a gallop on Monday. Photos: Kenneth Chan

Party Together debuts in the Class Two King’s Park Handicap (1,650m) and Super Chic, who has won four times in Hong Kong, was almost there to welcome him but is currently a standby starter for the race. 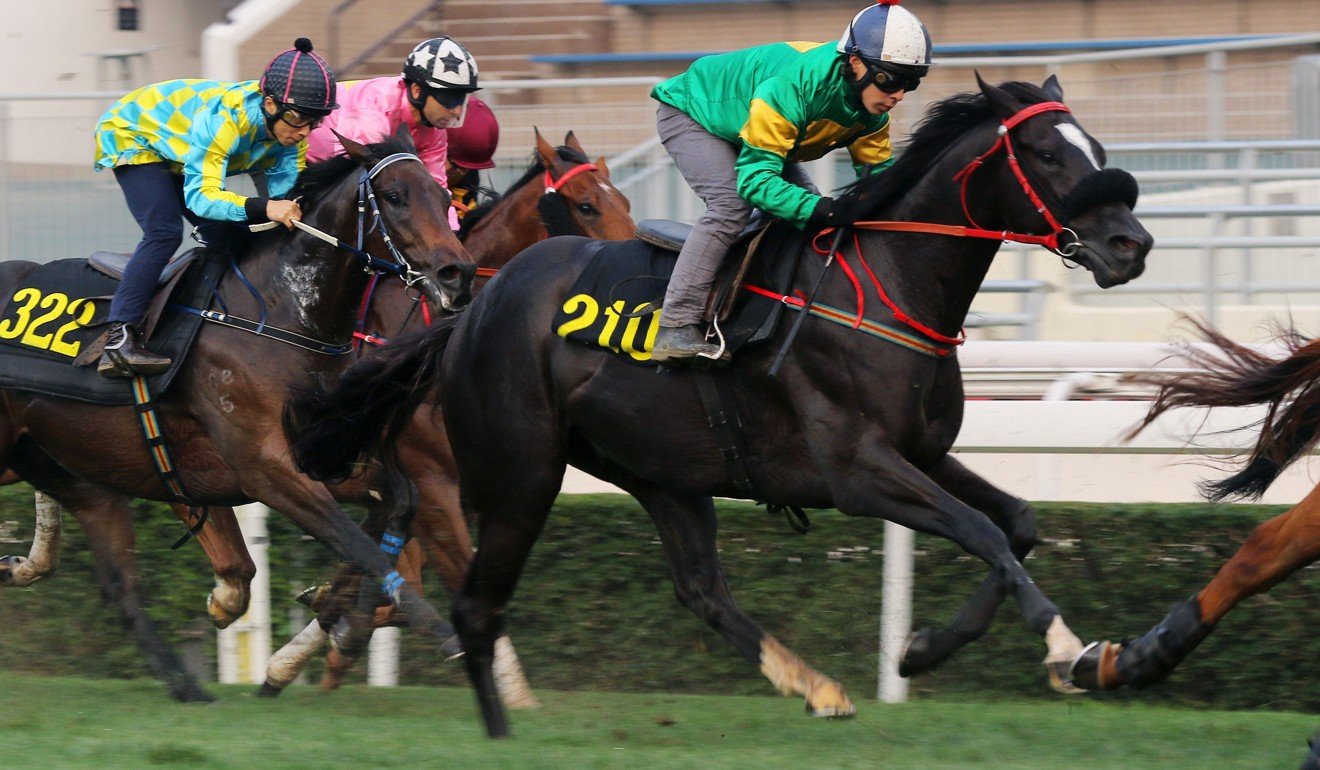 Matthew Chadwick rides Party Together on Wednesday night and knows the horse will need time before he can replicate his feats in Italy.

“Regarding his form, yes, but his trial was only fair,” Chadwick said when asked if he was excited to be aboard the four-year-old.

“He didn’t give me much of a feel in a trial and he is going to need a bit of time to really find his feet and hopefully grow a little bit in strength to be able to compete with some of the better horses here.

“But obviously his form proves he should be able to stack up to them in future so if he can show something positive on Wednesday, there is something to look forward to.” 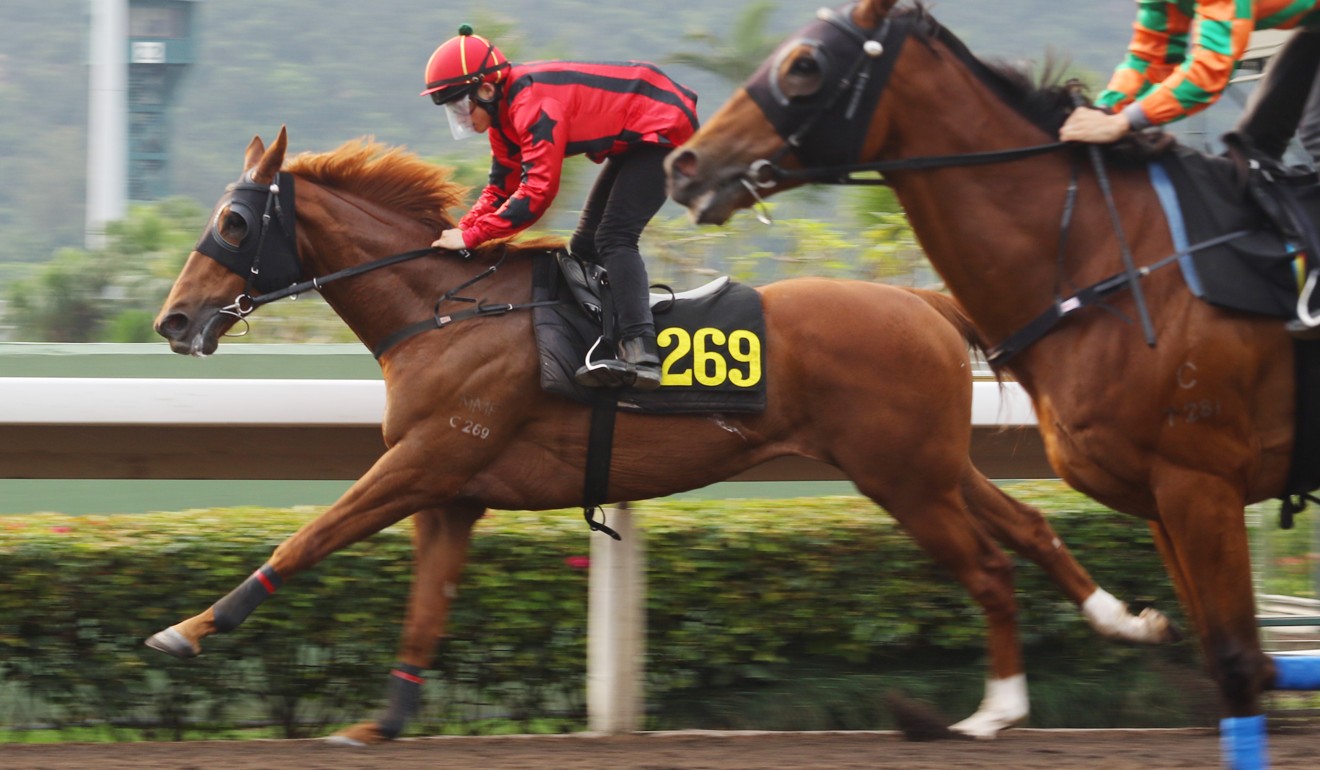 The gelding is not the only one with overseas form debuting in the race, with the Me Tsui Yu-sak-trained Divine Unicorn stepping out after running 3.7 lengths behind Winx in the Group One Turnbull Stakes (2,000m) at his last start.

The five-year-old comes in on a rating of 86, compared to Party Together’s 87, after winning the Group Three Tattersall’s Cup (2,200m) at Doomben among five wins in Australia.

He will be ridden by Keith Yeung Ming-lun, while the race also features BMW Hong Kong Derby runners Ka Ying Star and Mr So And So, as well as Group One Longines Hong Kong Vase participant Ruthven. 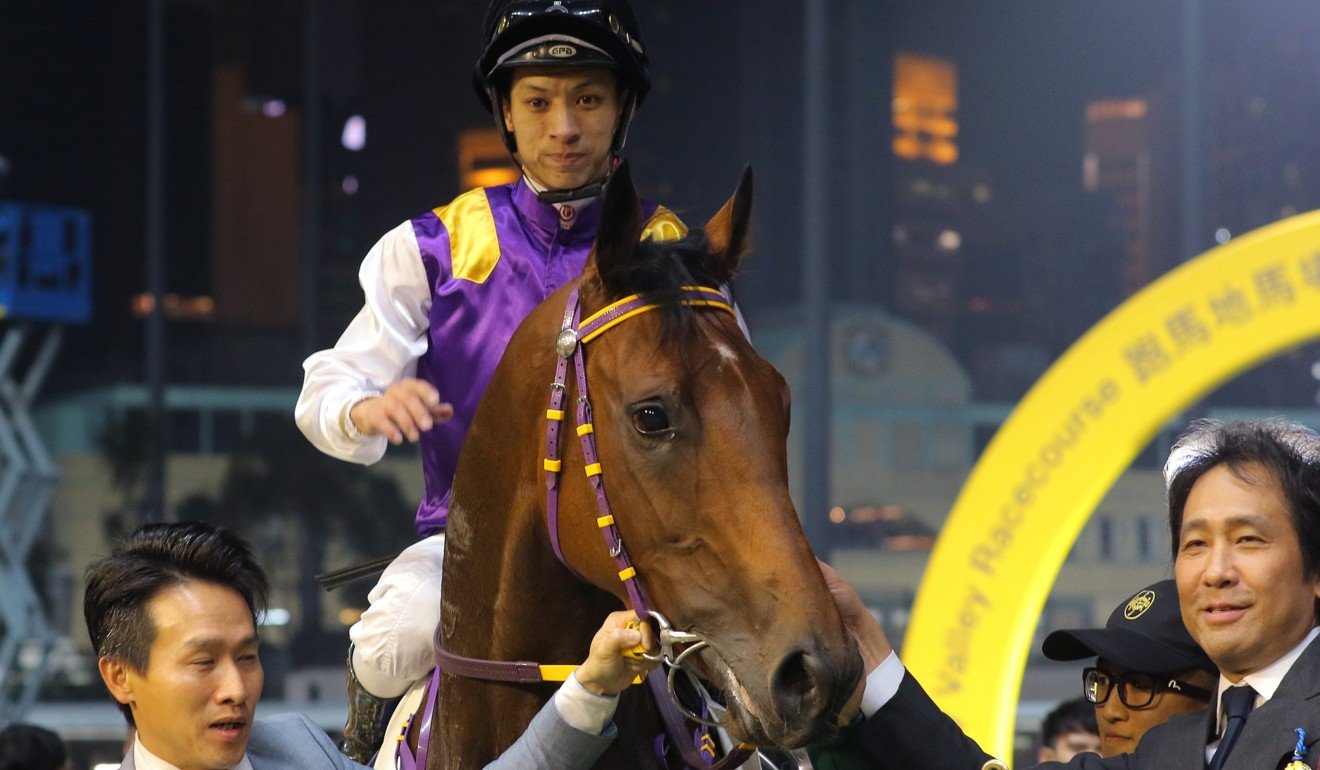 Chadwick has seven rides on the night, with Cinquante Cinq among them after the pair combined for victory at the Valley last month, and he is confident he can add to his win aboard Laugh Out Loud at Sha Tin on Sunday.

“It looks OK, there are two or three that can run well,” the 28-year-old said of his book, which also features a trio of rides for Richard Gibson – first-starter Bandy, last-start winner Nordic Warrior and six-year-old Sunny Dragon.

Chadwick has had a steady season without being brilliant, racking up 17 winners to sit 13th in the jockeys’ championship.