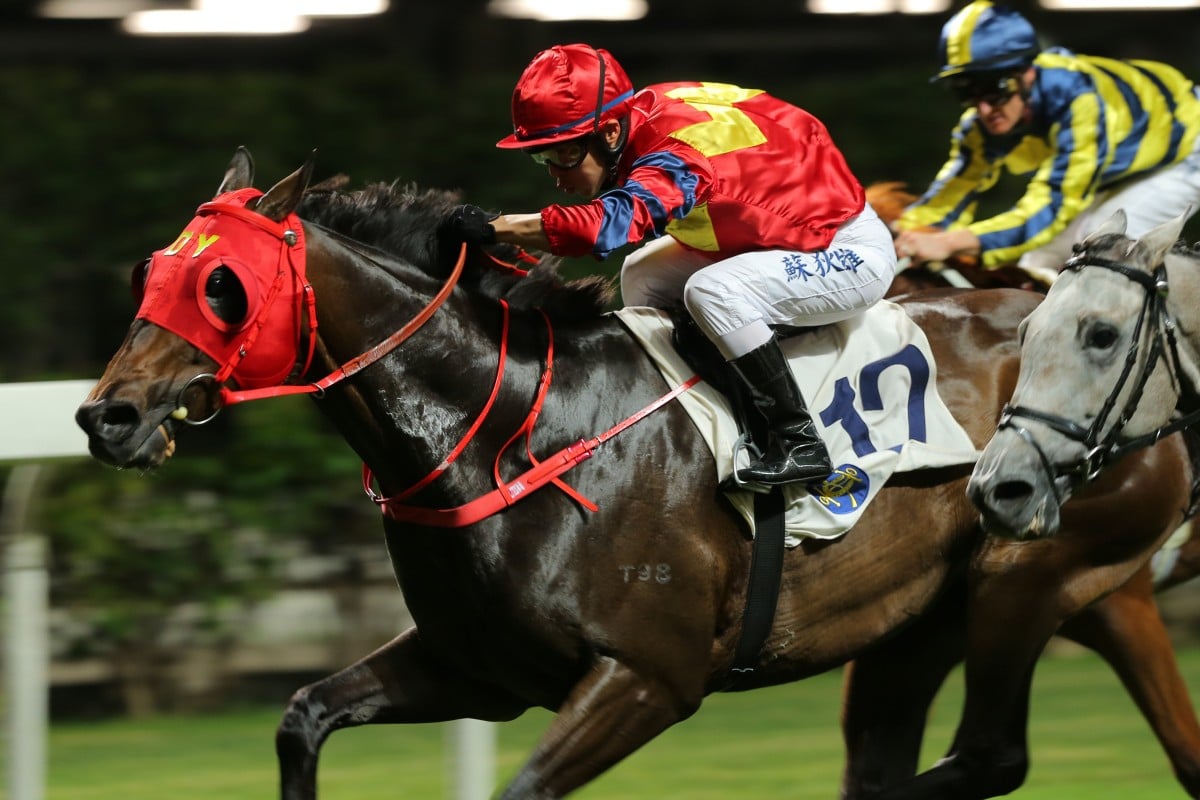 For the second week in a row, trainer Dennis Yip Chor-hong produced a 100-1 winner at Happy Valley and yes, he was just as shocked as all the punters.

Last Wednesday, The Full Bloom prevailed at 166-1 and this time around it was Travel First who provided the upset as he captured the Class Three Busan Handicap (1,800m) at 115-1.

Yip was giggling as he walked into the winner’s circle, amazed at what had occurred.

“It’s been a big surprise two weeks in a row,” Yip laughed. “I think the track suited the front-runners tonight.

114/1! Travel First holds off a fast-finishing Glorious Dragon to score for Ben So and Dennis Yip. #HKracing #HappyWednesday pic.twitter.com/wQqkYXv7iZ

“I asked [Ben So Tik-hung] to try and jump and push forward. He said he followed the pace really comfortably and relaxed. In the last 400m he asked him to go and the light weight helped.

“This horse is eight years old and he has better form on the all-weather track, so it was not expected.”

Yip seems to have cornered the market on triple-figure winners as only his two have returned that price this season. (Peter Ho Leung’s Magnificent dead-heated with Encouraging in February so he only paid half his 188-1 quote.) 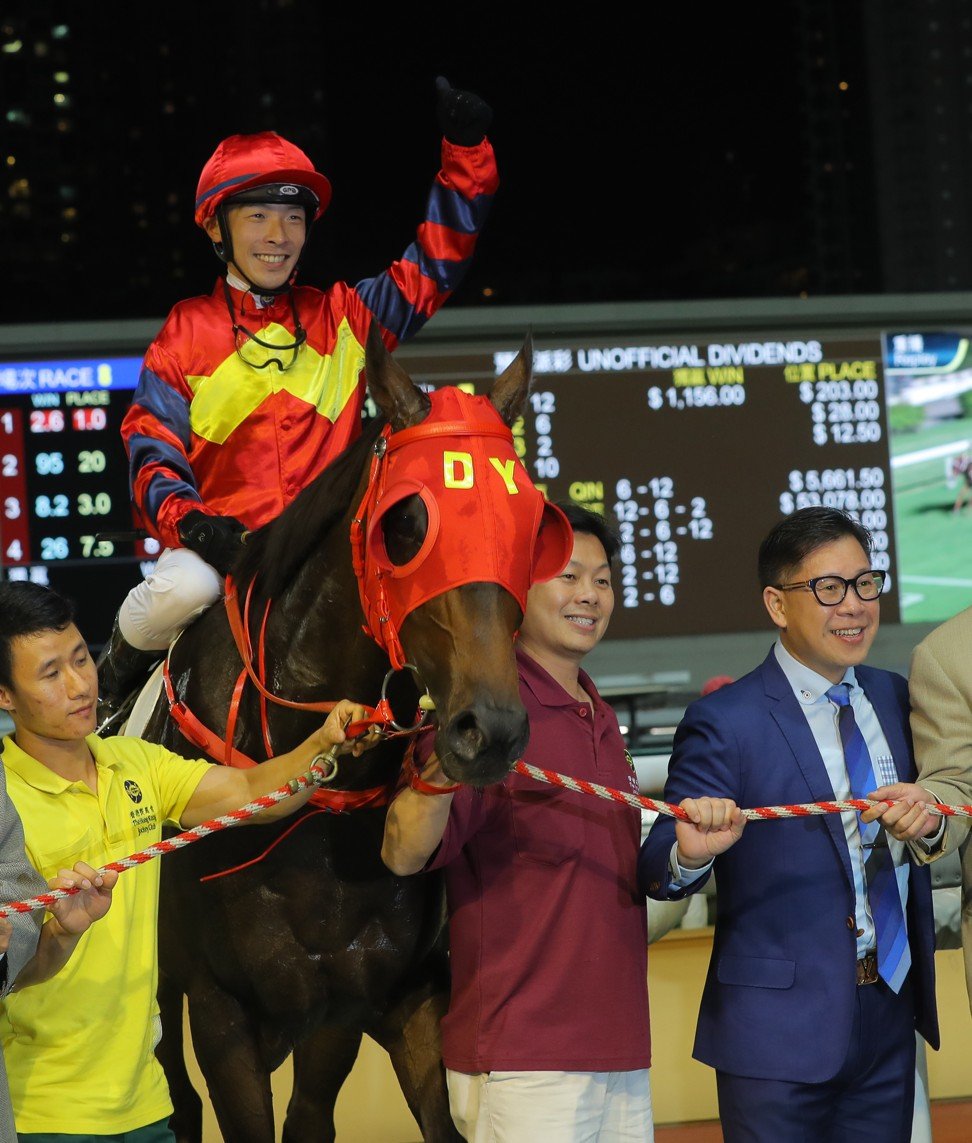 At the other end of the scale, the shortest-priced winner of the night, Yee Cheong Baby in the Seoul Handicap (1,000m), was significant for trainer Jimmy Ting Koon-ho as it was his first victory with a horse he has imported himself this season, rather than a stable transfer.

The big three-year-old did it the hard way – carrying 133 pounds in Class Three in a high-pressure contest at a tight track is not easy – particularly given only a handful of previously raced horses win their Hong Kong debut each season.

“He’s a nice horse. What he had shown in his trackwork and in his trials suggested he would win. If this horse had not won I would have been very disappointed,” Ting said.

“There is no plan at the moment – he’ll be up in Class Two now and there are not many races for him. I need to check his health after the race.

Yee Cheong Baby completed a treble for Zac Purton, who also guided Enjoyable Success and Le Terroir to victory, giving him the perfect lead-in to FWD Champions Day at Sha Tin on Sunday.

Another treble for @zpurton! Hong Kong's  champion jockey makes it two three-timers in two days, saluting aboard Yee Cheong Baby in the last at the Valley. #HKracing #HappyWednesday pic.twitter.com/pC2o6KYolD

Le Terroir’s win gave Ho a double for the night and he was delighted to see him break through after delivering three fourths and a second in his previous four starts.

“He’s been knocking on the door,” Ho said. “When Zac rode him two weeks ago he jumped very quickly, so once I did that I thought within one or two runs he would be a winner.

“He is a nice horse, he’s still a bit immature. Maybe in one or two runs time I’ll put the blinkers on and that will help him get another win.

“Zac said once he hit the front he pricked his ears and thought he was finished. For the long term, I think he will be better suited over 1,400m to a mile.”

For the third week in a row, Ho captured the opening race at Happy Valley.

Great Son kicked the streak off on April 10, Bonito kept it rolling on April 17 before Great Son completed the hat-trick as he recorded his second straight win with Victor Wong Chun replacing Matthew Poon Ming-fai in the saddle.

“I had no idea. I think next week I’ll ask the Jockey Club to make sure I have a runner in the first race again,” Ho joked.

“He’s only four, he’s a late-maturer. He had an injury on his chest and his morning hadn’t been that good but he can run. He can keep improving.”

Wong also finished the night with a double after guiding the Paul O’Sullivan-trained Planet Star to victory in the Korea Racing Authority Trophy (1,200m).