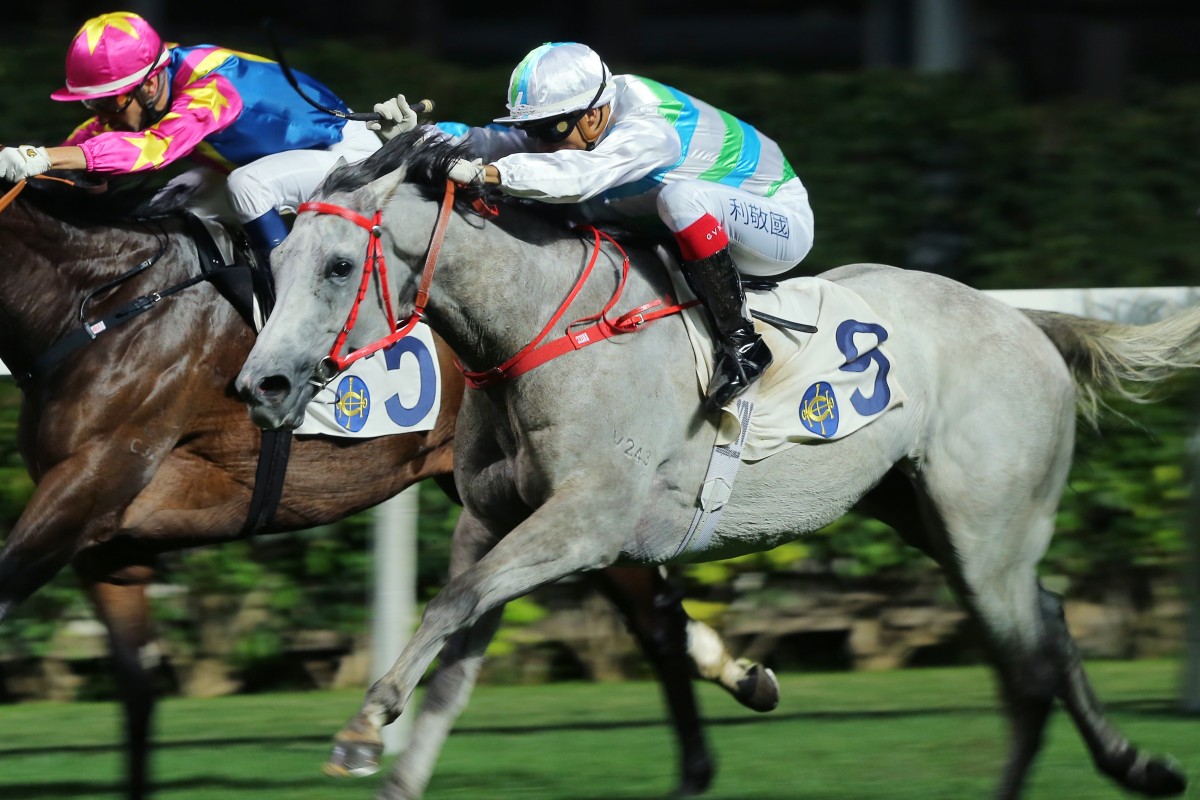 Grant van Niekerk (outside) on The Full Bloom storms home to win in an upset result at Happy Valley on Wednesday night. Photos: Kenneth Chan

For a few moments after Captain Boss crossed the line in the second race at Happy Valley on Wednesday night, depending on who you listened to, Grant van Niekerk was either going to be suspended for six months or had produced a superb piece of horsemanship.

Thankfully for all involved, it was the latter as the South African did a remarkable job to keep the Tony Millard-trained gelding out of trouble after the bit slipped through his mouth and twisted his headgear, leaving Van Niekerk with virtually no control in the straight. 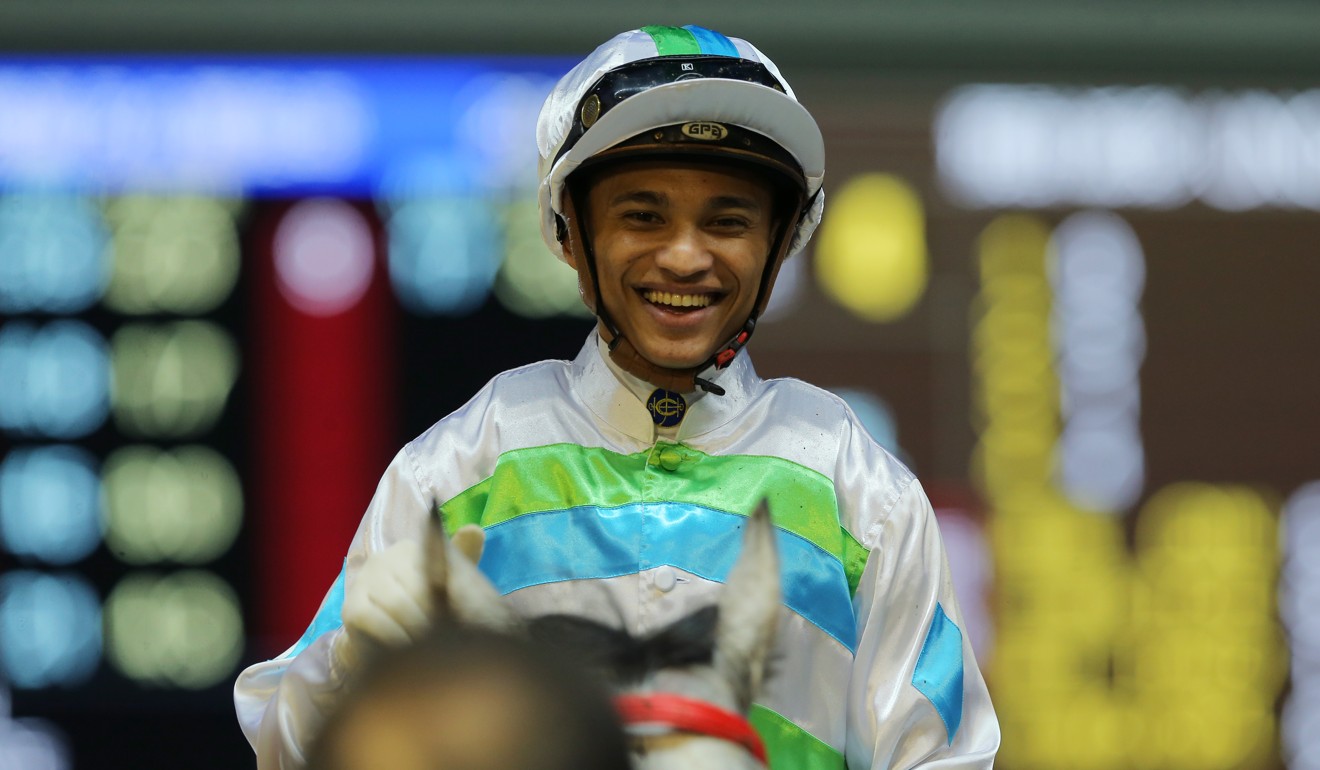 Of course, there are a lot of cynics involved in Hong Kong racing and the whispers spread like wildfire around the course that something nefarious had happened, particularly when they saw the jockey trying to adjust the horse’s blinkers just before the winning post.

But the stewards were keen to put any fires out and invited the media in to see the patrol vision, which clearly showed the “snaffle bit” in its entirety across the left side of Captain Boss’ face while the jockey was trying to ensure the horse could see.

It’s something chief steward Kim Kelly has seen before but “not often, thankfully”.

“He was hanging in quite badly but around the turn I could feel the bit come through his mouth,” Van Nierkerk said.

One ride, one win! Martin Harley makes it count as General Iron wins for the first time since 2015! #HKracing #HappyWednesday pic.twitter.com/VnwFNt0ksq

“Coming into the straight he wanted to run in with me then the headpiece nearly came off as well.

“It was a bit of a scary moment for me because anything can happen. But I’m just glad I got home safe.

“These are the little things the public don’t always see or know about racing so I’m glad everyone could see the bit came through the horse’s mouth and everyone is OK.”

Van Niekerk deserves plenty of praise for ensuring a safe passage for Captain Boss and his competitors, but it was only a small part of his big night.

The 27-year-old also tasted success in the opening race with the Peter Ho Leung-trained Bonito before saluting on the longest priced winner of the season when Dennis Yip Chor-hong’s The Full Bloom shocked punters by prevailing at 166-1 in the Class Four Hong Kong Rugby Union Cup (1,650m).

“He actually felt very well going down to the start, but obviously I wasn’t expecting him to win – it was a pretty competitive field,” Van Niekerk said. “I’ll take it though.”

After a strong start to his freshman season in Hong Kong, things had dried up a little bit recently, but he’s hoping that double, which takes him to 21 winners, can spark a strong finish to the term.

“It’s not easy over here getting on the good rides but you just have to keep the momentum going,” Van Niekerk said. “I just hope it carries on.”

One of the other surprise winners on the night came in the form of David Ferraris’ General Iron, who collected his first win in three-and-a-half years in the Class Four Shek Kip Mei Handicap (1,000m).

His last victory came on November 1, 2015, but Irish jockey Martin Harley delivered the right ride and he got home at $29.

“I got him from Danny Shum [Chap-shing] and he’d bowed his off-fore tendon twice. I don’t know how he’s even racing,” Ferraris said.

“He arrived with General Dino and [the vets] said just retire him, don’t waste your time. But the owner said ‘please just try’. 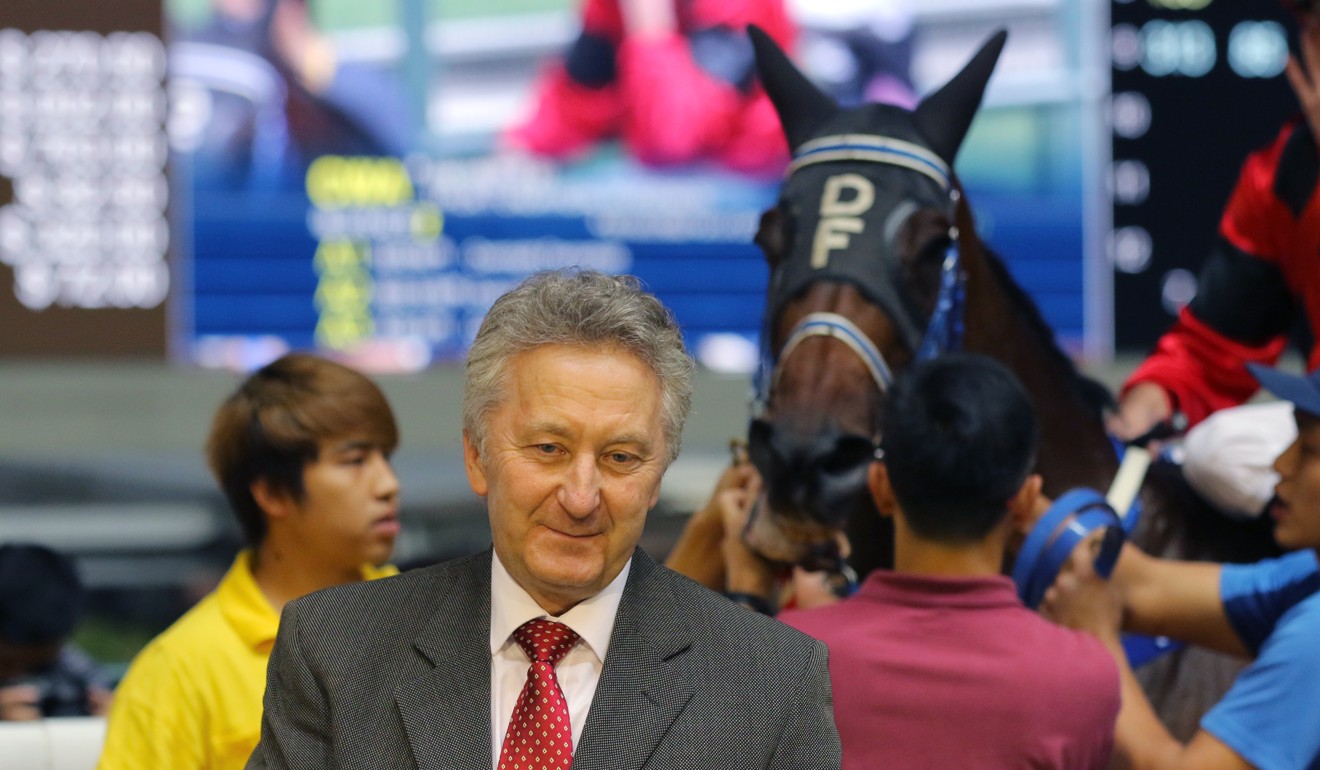 “Honestly, in my whole career I can tell you that I’ve never trained a horse that has stood up that has bowed a tendon twice.

“So he’s an incredibly brave horse and an absolute pleasure to train. He’s just one of these stable favourites.

“I was going to retire him after tonight’s run but we might just have a look at another Class Four because he’s probably going to be well-handicapped.”