Yoshihiro Hatakeyama’s raider captures the Group One QE II Cup Meanwhile, the owners of the superstar miler mull over their options after another dominant performance On a day when a Japanese raider caused a huge boilover in the FWD QE II Cup, the most pertinent question at the track was whether Hong Kong’s best horse will return the favour in June’s Yasuda Kinen.

Beauty Generation won his ninth straight race in a manner that was so arrogant, it was easy to forget it was the Group One Champions Mile.

John Moore’s superstar is now Hong Kong’s all-time leading prize money earner while no other horse has won eight races in a season – he has no peer in this jurisdiction.

What everyone wants to see is Beauty Generation step outside his own backyard and show what he is capable of on the world stage.

A clash with Almond Eye and Danon Premium over 1,600m at Tokyo would be the race of the year. But will it happen? Ultimately, owner Patrick Kwok Ho-chuen and his father Simon Kwok Sui-ming will have to give the green light.

“I’d like to go to Japan but of course it’s the owners’ call. Patrick and his father have to make the decision,” Moore said.

“I don’t think it took much out of him. I still think he’s got a lot left in the tank, but let’s go back to the drawing board and have a talk with them over dinner and see what their feelings are.

“But I know they’ve set other goals. [They want] to break Silent Witness’ record of 17. We’re on nine – so the pressure is on me. I take two heart tablets every day.

“If we go to Japan and take on the Japanese armada, that will be the real telling factor in his career.”

The prospect of the trip received a big boost on Sunday night when Purton tweeted out: “After tonight’s Beauty Generation ‘team’ meeting, the odds have shortened dramatically for a trip to the Yasuda Kinen in Japan. If a few minor details can be arranged it’s going to happen. The fans want it, the owner wants it, racing wants it.” 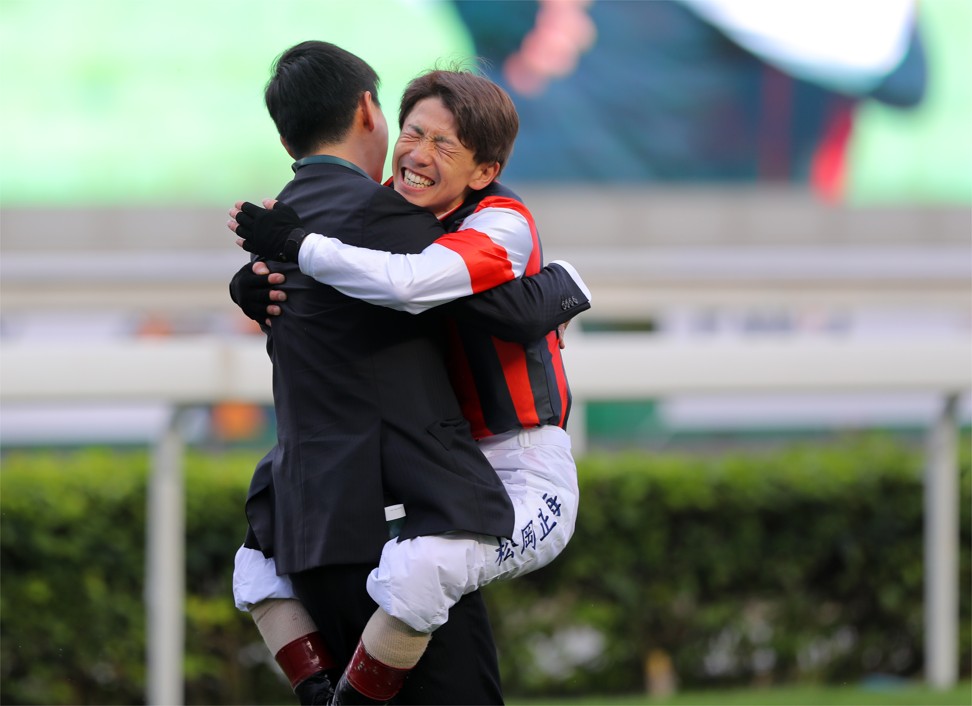 There is nothing like the joy of winning overseas, with Win Bright’s jockey Masami Matsuoka describing his QE II Cup victory as his “very best day” on the job after he prevailed at $48.

It was the contest of the meeting and everything fell into place as Yoshihiro Hatakeyama’s five-year-old smashed the 2,000m track record by almost half a second, beating favourite Exultant and Lys Gracieux.

The trainer plans on bringing Win Bright back to Sha Tin in December and even he would love to see Beauty Generation make the trip to his homeland.

It is the second year the meeting has been branded as “Champions Day” – with all three Group Ones on the same card – and while turnover of HK$1.449 billion was down by HK$77 million on last year, Jockey Club chief executive Winfried Engelbrecht-Bresges is happy with how it is coming along.

“This meeting is not about turnover, it’s about the sport and we were extremely delighted with the sport,” he said. 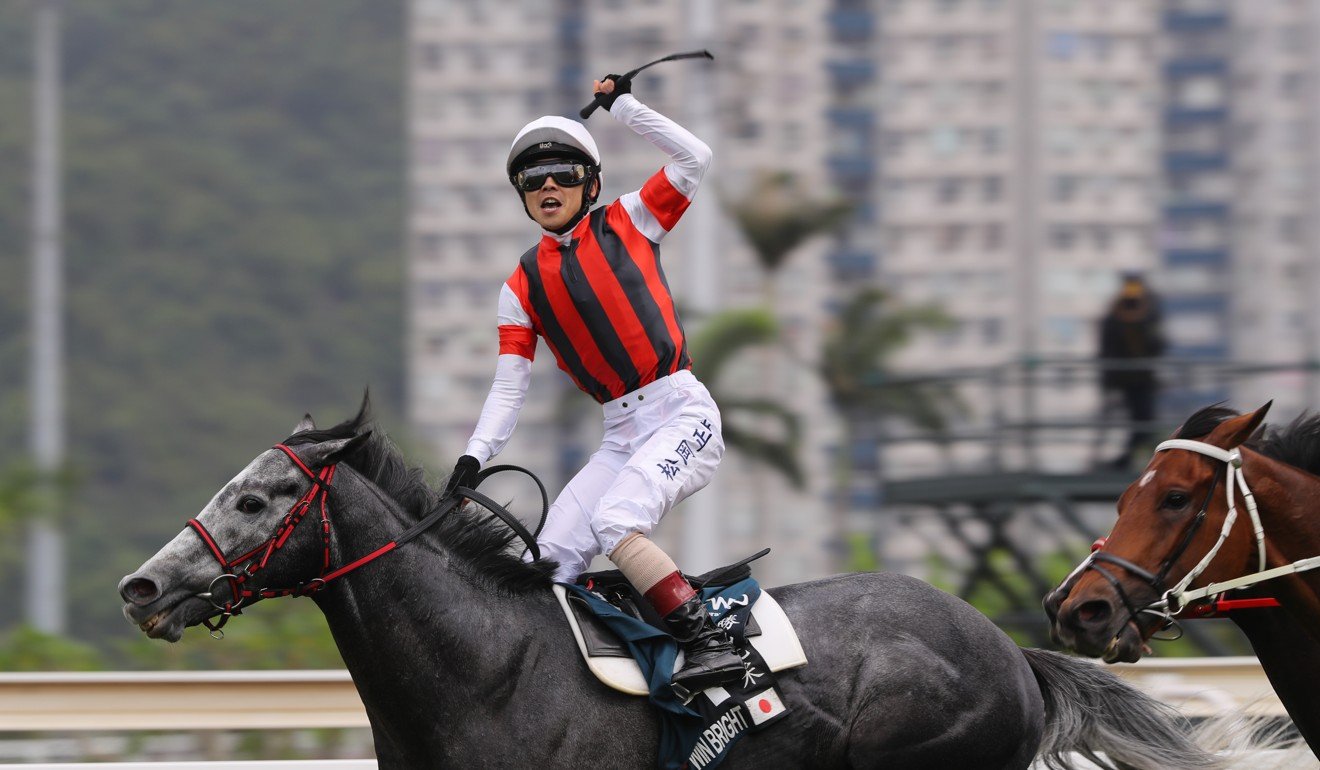 “Naturally, when you have a horse that is $1.0 it costs you HK$30 or $40 million in turnover and we had to pay a little bit of money for the minimum dividend, which happens.

“From a sporting point of view we are extremely happy and for us that is a very good start and hopefully we can build on this.

“We are aiming to make this race day a similar flagship to the Longines Hong Kong International Races in December.

“We know that the timing is more challenging, especially as the European season is just starting, but if you look at today’s races, we are very satisfied with the quality of the horses we saw competing here.

“It takes normally three to five years to change perception and if you look back to last year I think we have made progress.”