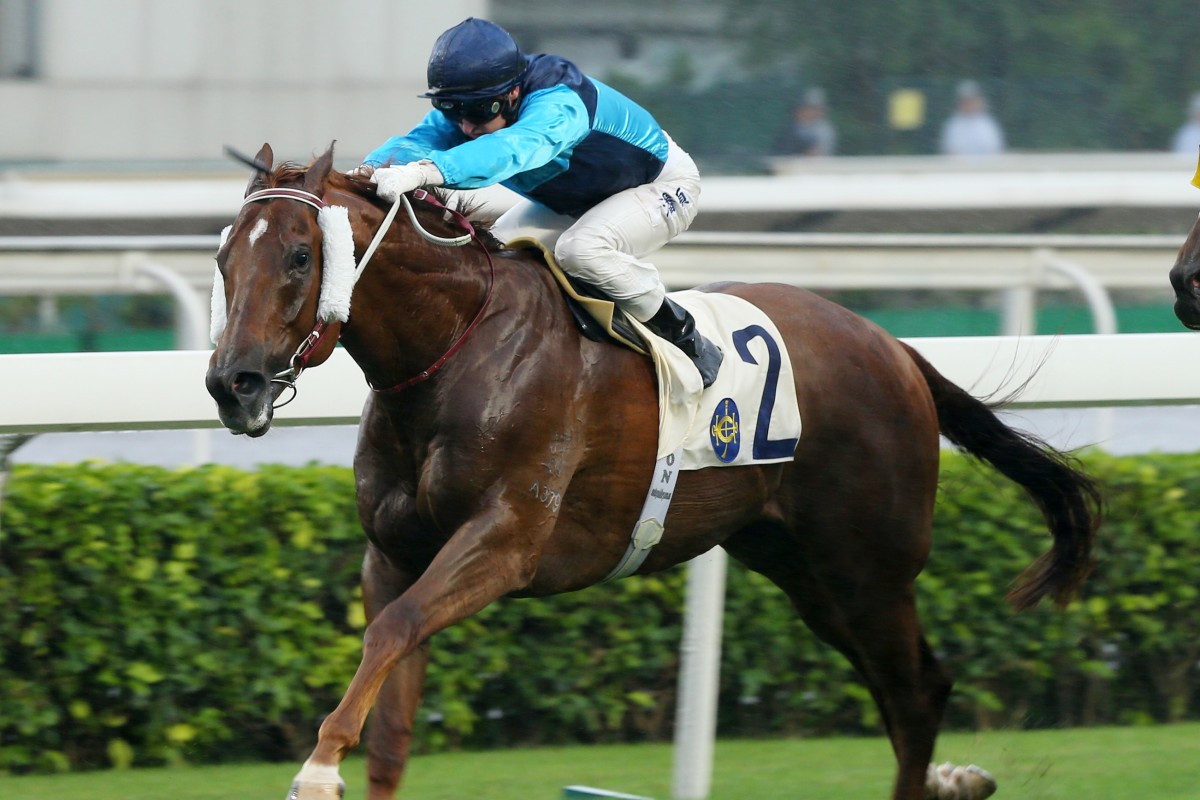 Sunny Boy holds off all challengers to win at Sha Tin on Sunday. Photos: Kenneth Chan

Star trainer John Moore has moved to within striking distance of champion trainer John Size for the championship after a treble at Sha Tin on Sunday.

The Australian has been in hot form of late and joined Size’s protege Frankie Lor Fu-chuen on 53 winners for the season – seven behind Size – after the wins of Sunny Boy, Smart Rocket and Grand Chancellor.

Moore has trained 13 winners since April, compared to Lor’s 10 and Size’s six over the same period. 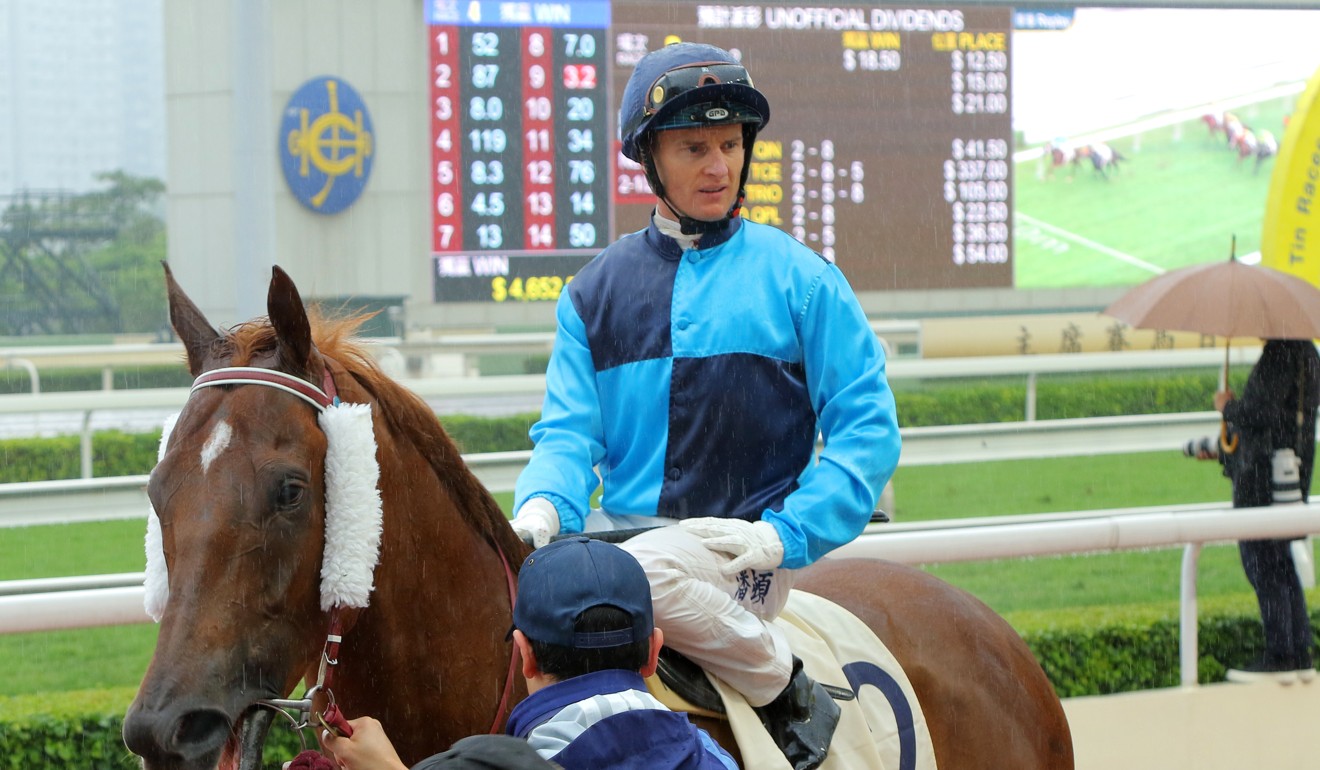 It is understood that both Moore and Lor are keen to press on to challenge for the title with Size not typically as prolific late in the season.

On average over the past five years, Size has trained 16 winners from this point in the season to the finish.

Moore is understandably rapt with the progression of his young horses, none more so than Sunny Boy, who franked his big reputation with a tough win on a deteriorating track on Sunday.

Jockey Zac Purton took the injury-prone four-year-old to the front in the Class Three Purves Quaich Handicap (1,200m) and was never headed in his run to the post.

Moore said the Australian import had adopted the nickname “Prince of Wales” due to his extended time in the equine hospital needing treatment.

“He wasn’t cheap for A$900,000 but he came to Hong Kong and he injured a tibia at his first time on the surface,” Moore said.

“That put him off the track for a long time, then we finally got him back then he did a scapula, so I said this is no good.

“I had to say to the owner, I am really sorry but he might not last in this environment but we will give him one more chance by implementing a new supplement to counteract the breaks and it’s worked miracles because he hasn’t looked back.

“He hasn’t had a setback since he came back from the shoulder injury.” 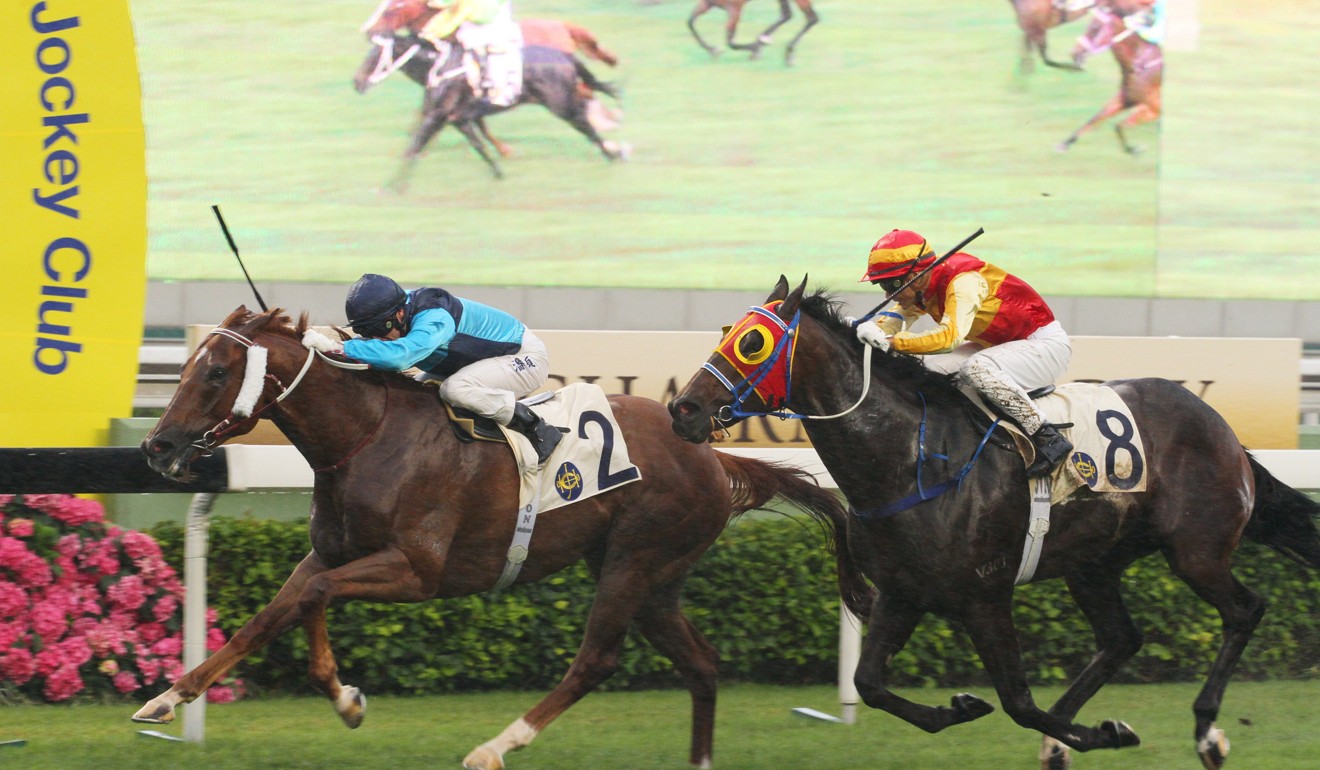 Sunny Boy’s victory came almost two years to the day since he first arrived in Hong Kong from Australia.

After running behind potential star Voyage Warrior on debut, Moore said he was confident coming to the races on Sunday.

“It’s been a long time coming with him,” he said.

“He had good credentials, placing in a Group Two on a heavy track and then he went on the market and we took the gamble.

“Today was very important but his first run was very good, the jockey came back and said he’d win his next start.” 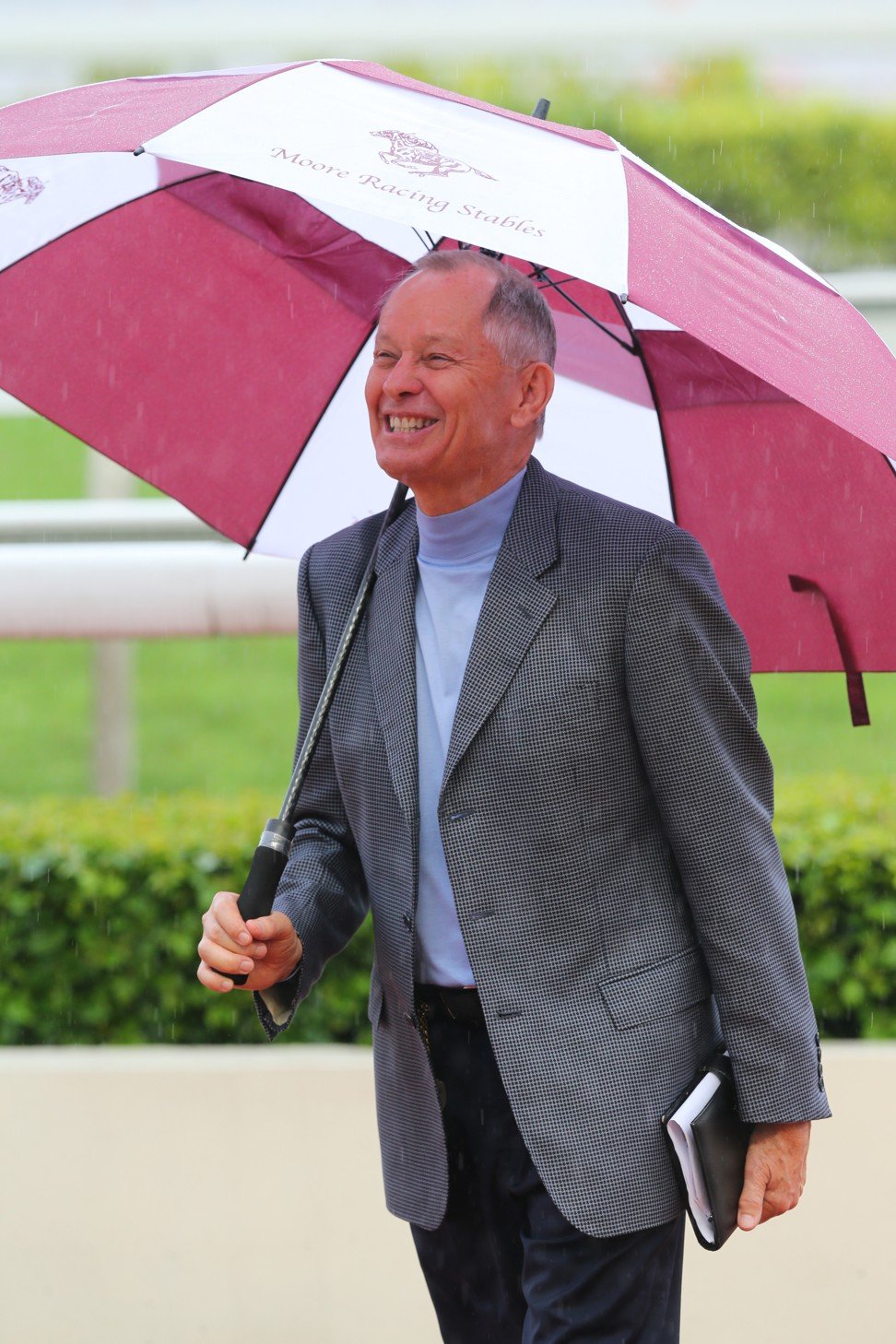 The win was also part of a treble for Purton who has already sewn up the jockeys’ championship, moving 44 wins clear of his nearest rival Karis Teetan in the process.

Moore was full of praise for his fellow countryman, saying his mid-race move was the deciding factor on Sunny Boy.

“He got the soft lead, the second favourite [Ambitious Heart] came out to beat him but the difference was when Zac pulled the whip to the right hand, that made the difference between winning and losing,” he said.

“Zac said he was a bit of a thinker but clearly he was good enough to counter that.”