After starting his career in Australia, the Caspar Fownes-trained Southern Legend has raced at the top level in Hong Kong, Dubai and Singapore and he is back in the Lion City this weekend where he is favourite for the Kranji Mile.

Ho has horses based in both Hong Kong and Australia and espouses the virtues of racing abroad and believes the concerns of connections who are reluctant to leave home are unfounded.

“Travelling to places [around the world] to see my horse run is very enjoyable, exciting and it’s something I like to do,” Ho said.

“I’m not worried about the horse going anywhere because it is very safe. When Southern Legend came here there was a Hong Kong Jockey Club vet accompanying him on the plane.

“So I don’t know why other owners are worried about travelling their horses – it’s no problem at all. There’s a vet and a mafoo on the same plane with the horse. I’m very comfortable with my horses going anywhere.”

Southern Legend hasn’t raced since finishing sixth to Japanese superstar Almond Eye in the Group One Dubai Turf on March 30 but was a dominant winner in last year’s Kranji Mile and has three more Group Ones placings to his credit this season at home. 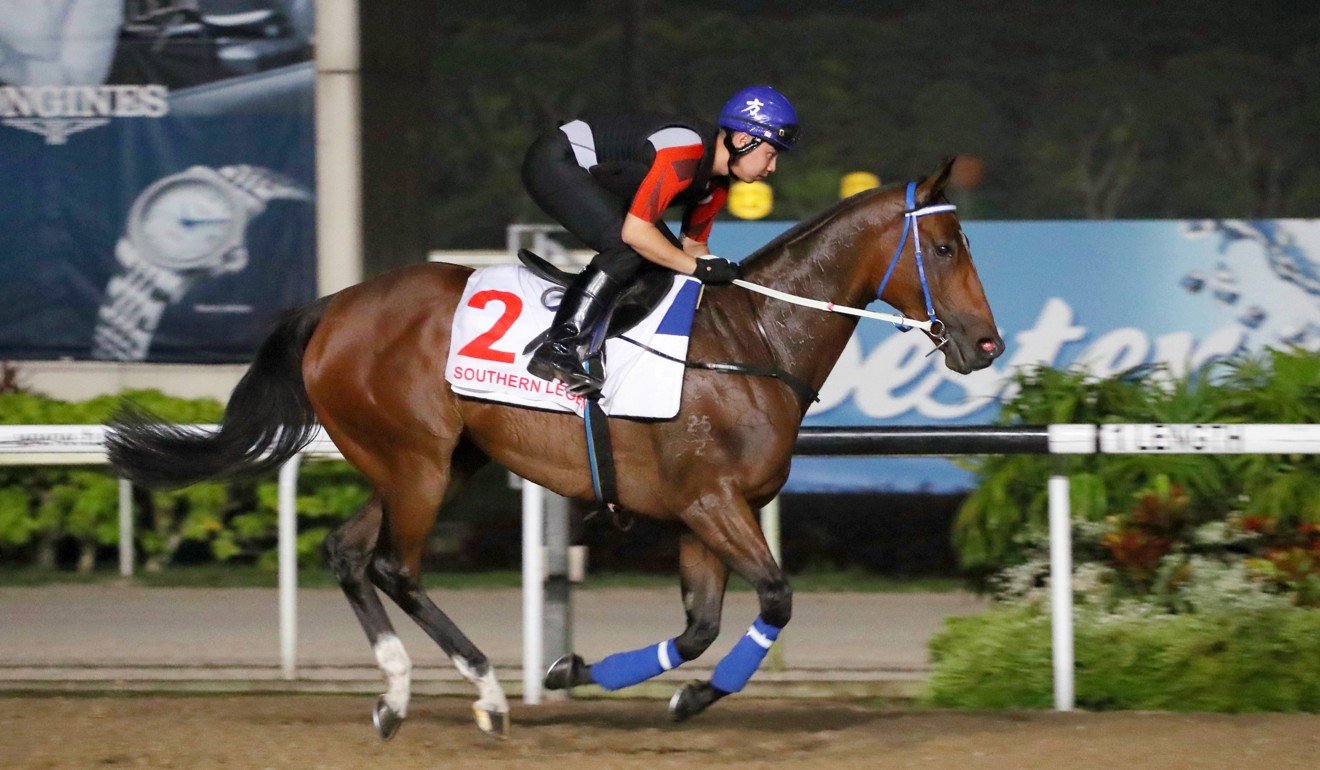 “He came back from Dubai and had a long rest and is all prepared for this race. It’s more difficult to win this year,” Ho said.

“Unfortunately he’s getting old, so hopefully he can run a good race on Saturday. After that he’ll be a seven-year-old, I don’t know how much more he can do.”

Ho made waves earlier this month when he bought a slot in Australia’s richest race, The Everest – which carries a purse of A$14 million (HK$75.5 million) – for his rising star Classique Legend, who is currently based in Sydney but will join the Hong Kong ranks at some point next season.

“From what he’s shown us so far, he is a top horse,” Ho said. “The ideal situation would be The Everest, the Golden Eagle and then come to Hong Kong for the international race and stay in Hong Kong after that.

“But the rules of the Jockey Club say if I come to Hong Kong as an international horse, you must go back. So I’ll see if I can sort it out with the Hong Kong Jockey Club.

“If he had to go back to Australia then he can’t do the four-year-old series so maybe he’d miss the international races.” Hong Kong will also be represented by the aptly named Singapore Sling in the Kranji Mile, but the Tony Millard-trained five-year-old will need a little bit of luck after drawing barrier 10 – the outside gate.

“It is what it is – it’s not the ideal draw but you’ve just got to deal with what you’re given and it’s up to Karis [Teetan] to sort it out,” stable representative Beverly Millard said.

“He certainly wasn’t disgraced [when second in the Champions Mile] – we’ve been a bit unlucky to hit Beauty Generation in most races this season. If he can reproduce that last run he’ll be right there.”

The two Hong Kong horses dominate the overseas fixed-odds markets with Singapore’s leading galloper Debt Collector the only other runner in single figures.