The 64-year-old snares a treble at Sha Tin on Sunday to take his tally this season to 67, seven clear of his nearest rival 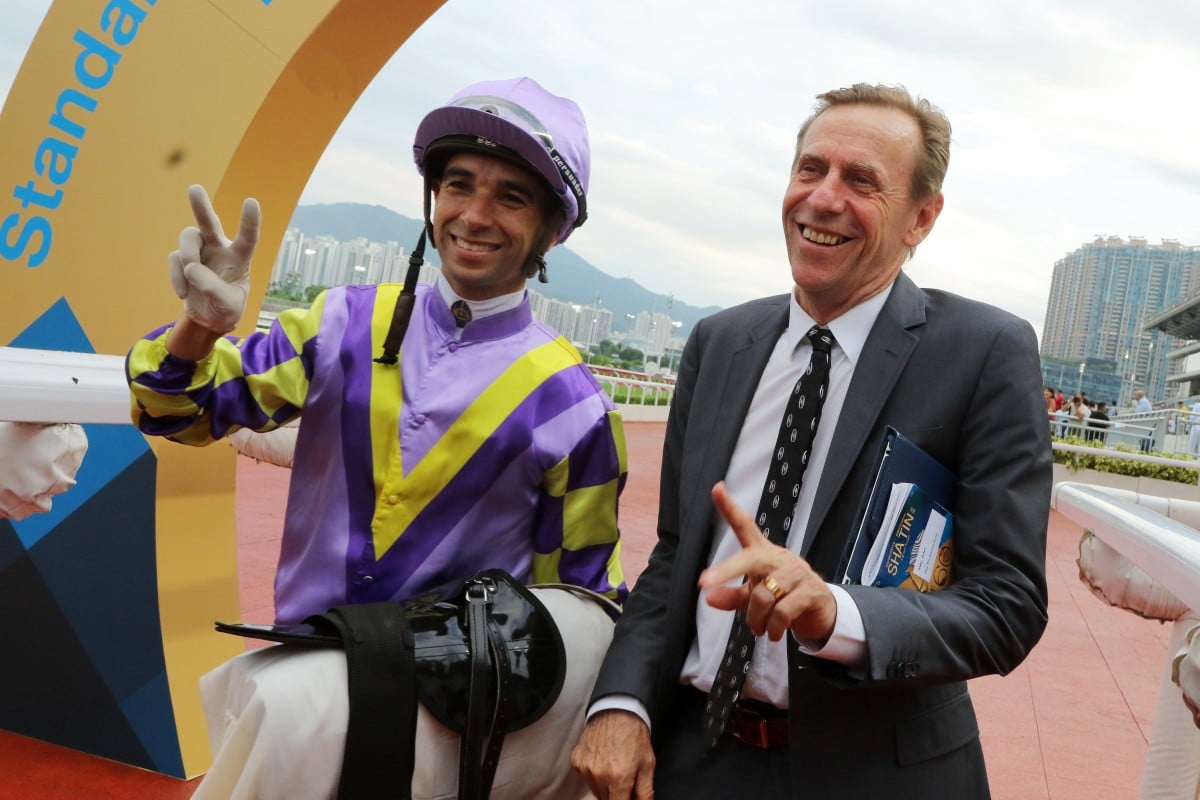 The John Size juggernaut rolled on at Sha Tin on Sunday, with the 10-time champion trainer snaring his 1,200th Hong Kong winner on the back of a treble for the afternoon.

The no-fuss veteran allowed himself a brief moment to reflect after becoming only the third trainer to reach the 1,200-win mark after John Moore and Tony Cruz.

“It’s a good number to get up to in Hong Kong, it’s not that easy,” he said. “I’ve been very lucky in the time that I’ve been here and I’ve certainly enjoyed some good success. Even though my career flourished at a very late age, I’m getting the rewards of it.”

Joao Moreira takes the last and bags a four-timer, denying Zac Purton a seventh win for the day! #HKracing pic.twitter.com/HcA2oF049v

Win 1,200 came off the back of yet another top-shelf training performance from the 64-year-old, with Hezthewonforus taking out the Class Two Viva Pataca Handicap (1,400m) at his first start since the final day of last season.

After a win and three seconds from five starts in his debut Hong Kong campaign, the four-year-old suffered a stress fracture in his left humerus before returning to the trials with a vengeance last month.

“He hasn’t raced for a long time but he’s trialled up very nicely,” Size said. “His first trial back he looked like he was a better horse than what he was his previous preparation. “A couple more trials and he just got stronger and stronger and I thought ‘well I better go now’ because there’s not many races left for him over 1,400m at Sha Tin.”

The win of Hezthewonforus was one of two genuine head-bobbers on the day for Size, with the frustrating Aerohappiness nutting Lockheed on the line to snare the Class Three California Memory Handicap (1,200m).

“You work hard and luck plays into your hands sometimes,” Size said.

Shining Ace’s win in the Class Four Helene Super Star Handicap (1,200m) kicked off Size’s treble, with the three-year-old breaking through for his first win at start seven after stepping back from 1,400m to 1,200m.

“He’s come back in distance, so it wasn’t so tough for him and when he got a margin he was able to maintain it,” Size said.

On a day when John Moore spruiked his chances of cutting Size’s lead in the trainers’ championship, the latter’s treble meant the former’s four-timer did little damage.

Size now has 67 winners for the season and leads Moore by seven, while Frankie Lor Fu-chuen has slipped back into third position, 10 off the pace.

“It’s going to be hard but we will just have to keep whacking away and see what happens on the last day. We’re still in play, that’s the main thing,” said Size.

Joao Moreira rode all three of Size’s winners while also saluting on Michael Chang Chun-wai’s Surewin to walk away with a four-timer. 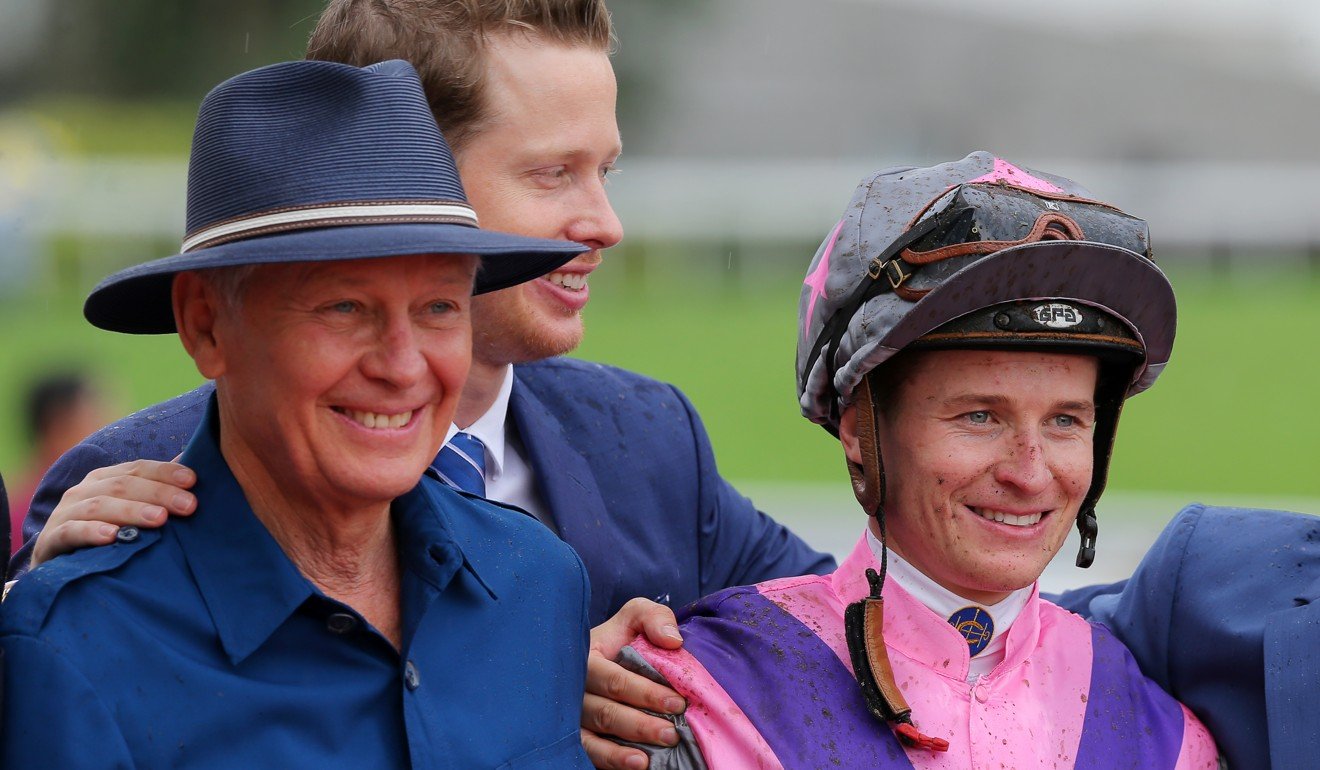 After the New Zealander saluted aboard Monica on QE II Cup Day four weeks ago, Moore likened McDonald to his famous father George and he was again full of praise on Sunday.

“He is just massive, to have him here full-time would be a real get for the Jockey Club,” Moore said about the jockey, who has ruled out a Hong Kong move in the near future but admitted he is open to one day making the transition.

“It was a gem of a ride because with all that speed, he got back in then he gave him a half hit when he wasn’t travelling that well, gave him a little breather before the corner, straightened him and hit the line really well.”

McDonald sat behind leader Time Warp in the run aboard Glorious Forever and hit the front for a fleeting moment 300m from home, however the horse peaked on his run and faded to finish fifth, four lengths behind winner Exultant.

Luke Ferraris in the middle just gets up for his first Group 1 Winner in South Africa. What a result for this young lad ☝ @Luke92836938 #yeslukeyboy #G1winner #upandcoming #apprenticechamp #neverstopimproving #welldone #SouthAfrica #jockey @HKJC_Racing pic.twitter.com/yheiT7k7XO

David Ferraris’ son Luke rode the first Group One winner of his career in South Africa on Saturday, booting home Miss Florida to take out the Allan Robertson Championship at Scottsville.

The young apprentice began his career late in 2017 and recently clocked his 100th winner as he becomes the latest member of the Ferraris family to make a name for himself in racing, following in the footsteps of his father and his grandfather, champion trainer Ormond.

Luke’s success came almost seven years to the day since his father’s last Group One victory, with David taking out the Champions & Chater Cup in 2012 with Liberator. 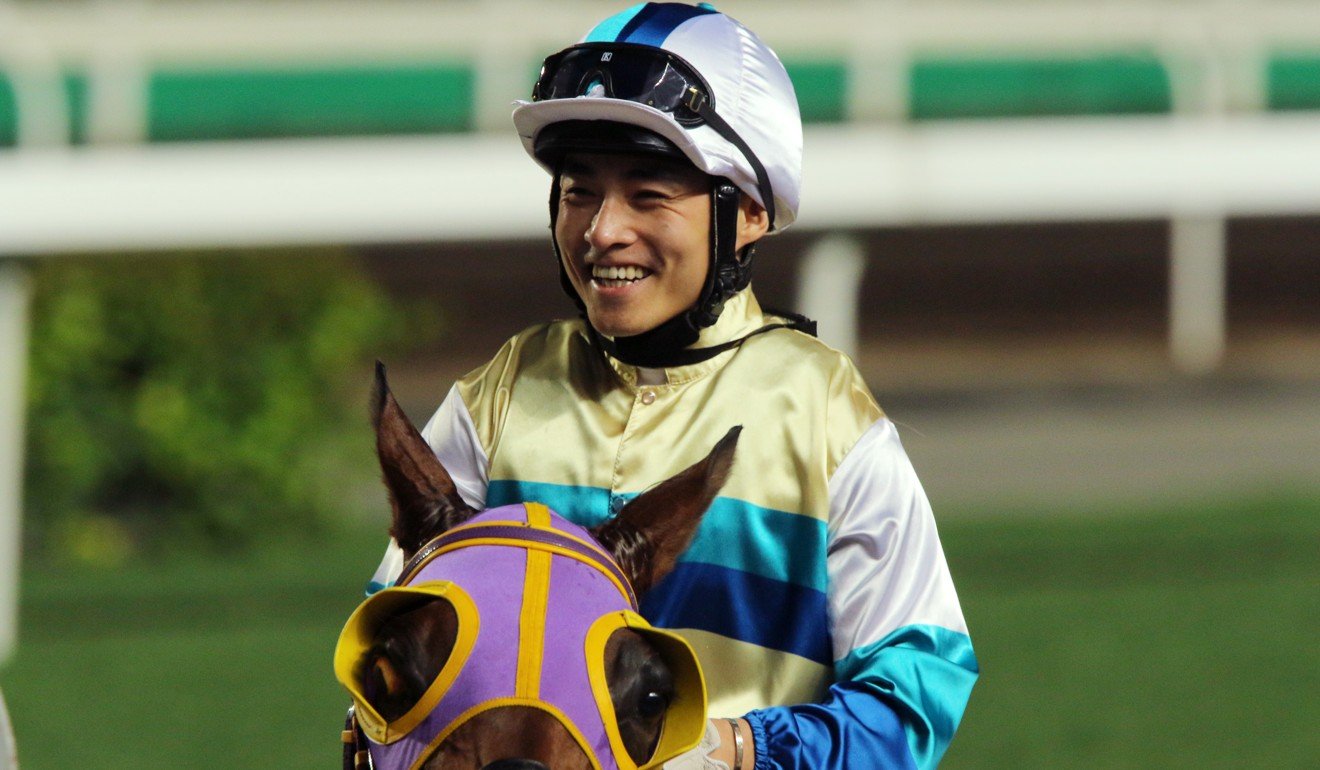 Yeung left with mud on his face

It was a short day at the office for jockey Keith Yeung Ming-lun, who was stood down after getting dirt in his eye during his ride aboard Unexpected in the day’s opening race.

The unfortunate incident came just weeks after Yeung suffered an eye infection and he was forced to pass up six rides on Sunday.

Meanwhile, William Buick, who partnered Pakistan Star to victory in last year’s Group One QE II Cup, has been forced to take an indefinite break from riding as he recovers from post head-injury syndrome following a fall at Ascot on May 10.

Buick, who is contracted by Godolphin and rides predominantly for Charlie Appleby, does not know when he will return to the saddle.

“It’s a post head-injury syndrome caused by a fall going to post at Ascot on May 10. I felt fine after riding the following day, but that evening I felt unwell so on medical advice went to hospital,” he told Racing Post.

“That treatment is now ongoing and I am undergoing further tests. I am setting myself no time frame to return and the situation will be monitored on a weekly basis.” 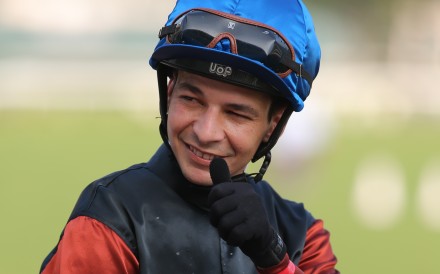