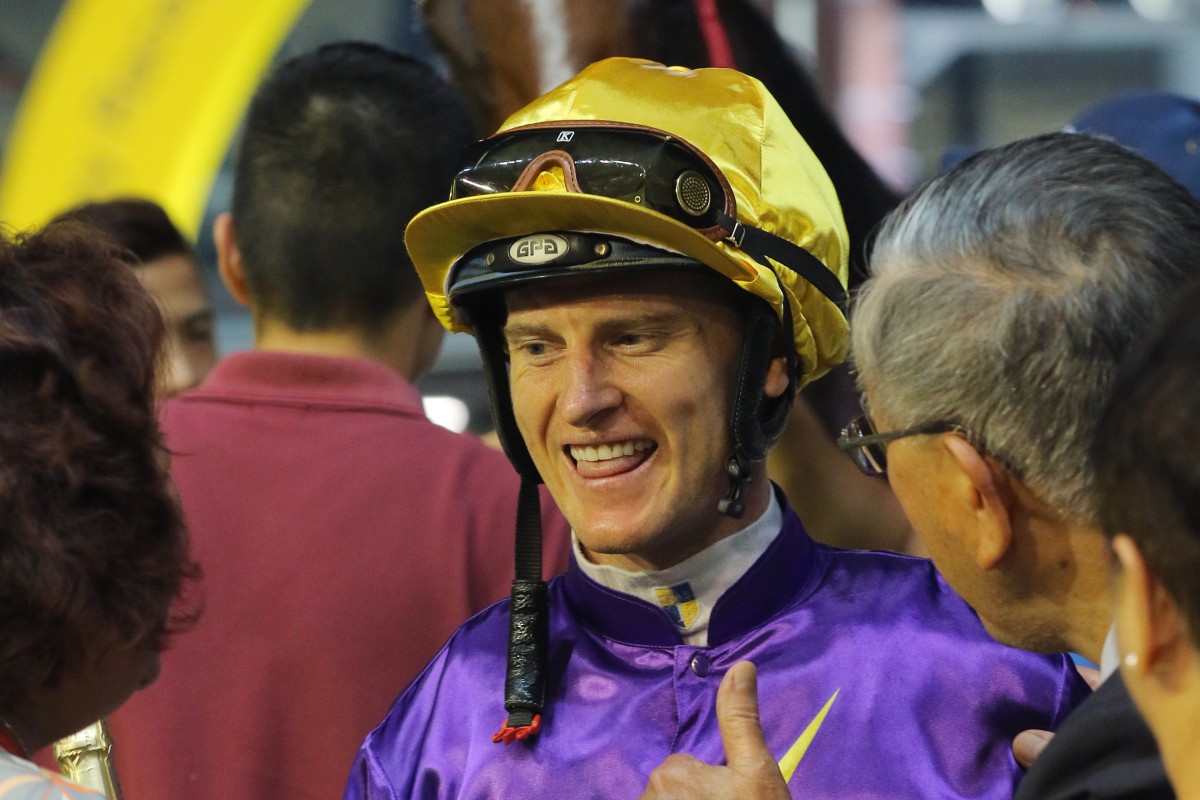 Zac Purton is riding so well, the biggest challenge for trainers is trying to book him.

The Australian booted home another four winners at Happy Valley on Wednesday night, meaning he has now collected 25 from the past six meetings at an astonishing 48 per cent strike rate (and is one away from 1,000 Hong Kong victories in his career).

But while Purton is dominating the competition on the track, he has created another one off it – the race for trainers to secure his services, such is his demand.

David Hall managed to do something close to impossible – get a commitment from Joao Moreira for one race and then Purton for the next – as he captured the opening two events on the card with Salto Olimpico and Godspeed, respectively.

One apiece for @zpurton & Joao Moreira after 2 races... but it's David Hall grabbing the spotlight, with Godspeed's tidy win giving the handler a brace. #HKracing #HappyWednesday pic.twitter.com/zdE0nNaGjS

“It’s hard to book those two, but it makes it easier when you get them,” Hall said. “Both very good rides, obviously.

“It looked like we might have been in a bit of trouble [with Godspeed] on the first corner when Joao came back in his lap and he was three-deep for a stride or two. But Zac got him into the perfect spot and he had a good run.

“He’d always shown the ability that he was going to win a Class Five race – so it was good to see him get the job done. Hopefully the horse gets a bit of confidence out of it and he can win in Class Four now because he’s got the ability to do that.

“We were targeting a 2,200m Class Four [with Salto Olimpico] but he got second last start and it took him out of the grade. Joao said it was a bonus because we got more prize money in Class Three.

“It’s hard to find those distance races for him. We all know he’s probably not the right horse for Hong Kong – a big, one-paced, slow stayer.”

Frankie Lor Fu-chuen unveiled a promising youngster in Reliable Team – but he doesn’t know when he will have his second start because he’s not sure when Purton will be available next. 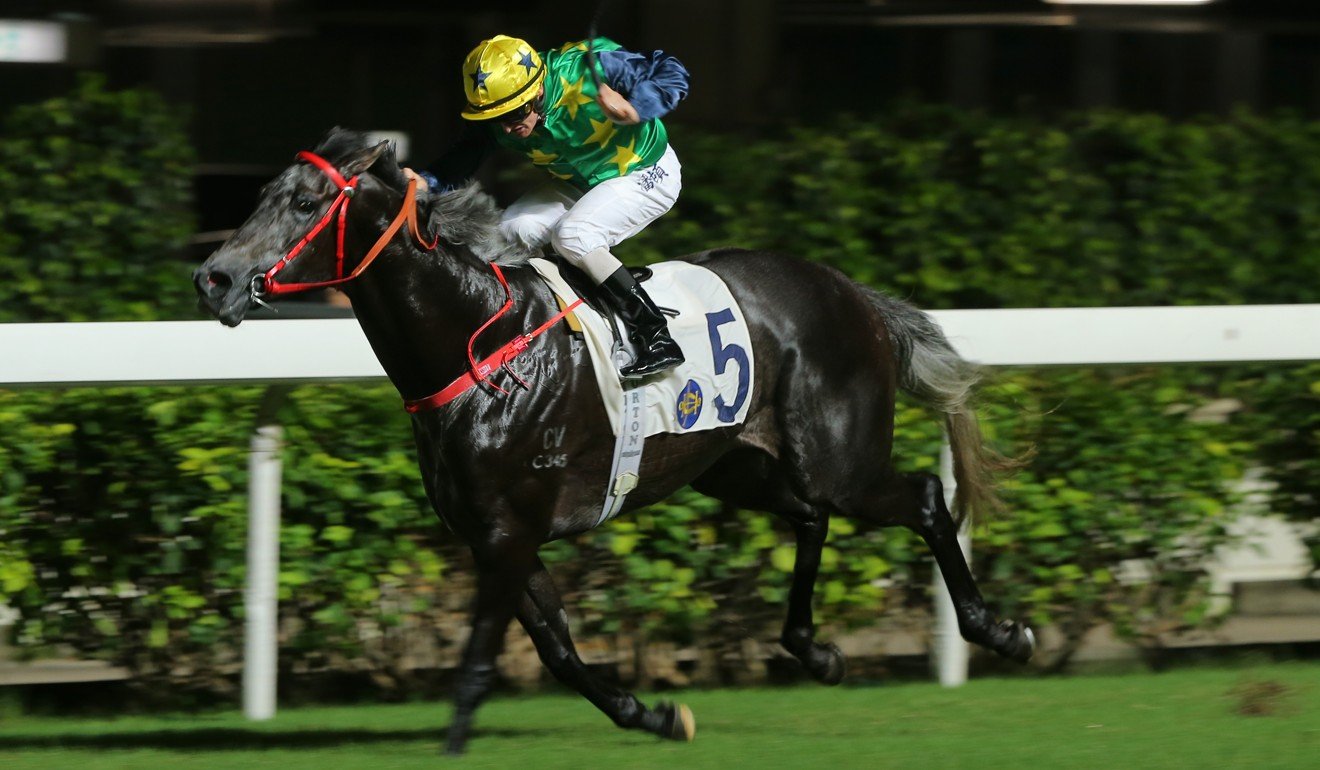 “I need to ask him when he can ride the horse again because I think he is fully booked already,” Lor said.

Purton sent him forward from a wide barrier and he was headed early in the straight before responding under hard riding to salute.

Man on @zpurton grabs a hat-trick and we're only at mid-point! Two more will give him a round 1000 #HKracing #HappyWednesday pic.twitter.com/4PbUaA4Wgb

“We needed some luck from the gate,” Lor said. “Before the race I thought he would run very close but then I saw draw 11. For a new horse, first time at Happy Valley, the outside barrier can be tricky.

“He had to use him a little bit early but he fought hard and that’s a good sign. A little later on I think he will be a miler.”

Caspar Fownes was another beneficiary of Purton’s wizardry as Snap Fit extended his undefeated streak to two in the Class Four Mount Gough Handicap (1,000m).

Those victories came over four months apart after a couple of heath issues – a hoof complaint and throat surgery.

“It was a good win. I’ve always felt the horse would be more suited by 1,200m. He just had little bit of a crack in his foot and we gave him some time to get over that, so we sent him to China and he’s done really well,” Fownes said.

“Just out of the blue he started making a noise and Dr Paul [Robinson] did the surgery and he did a great job. He’s been absolutely perfect since then. 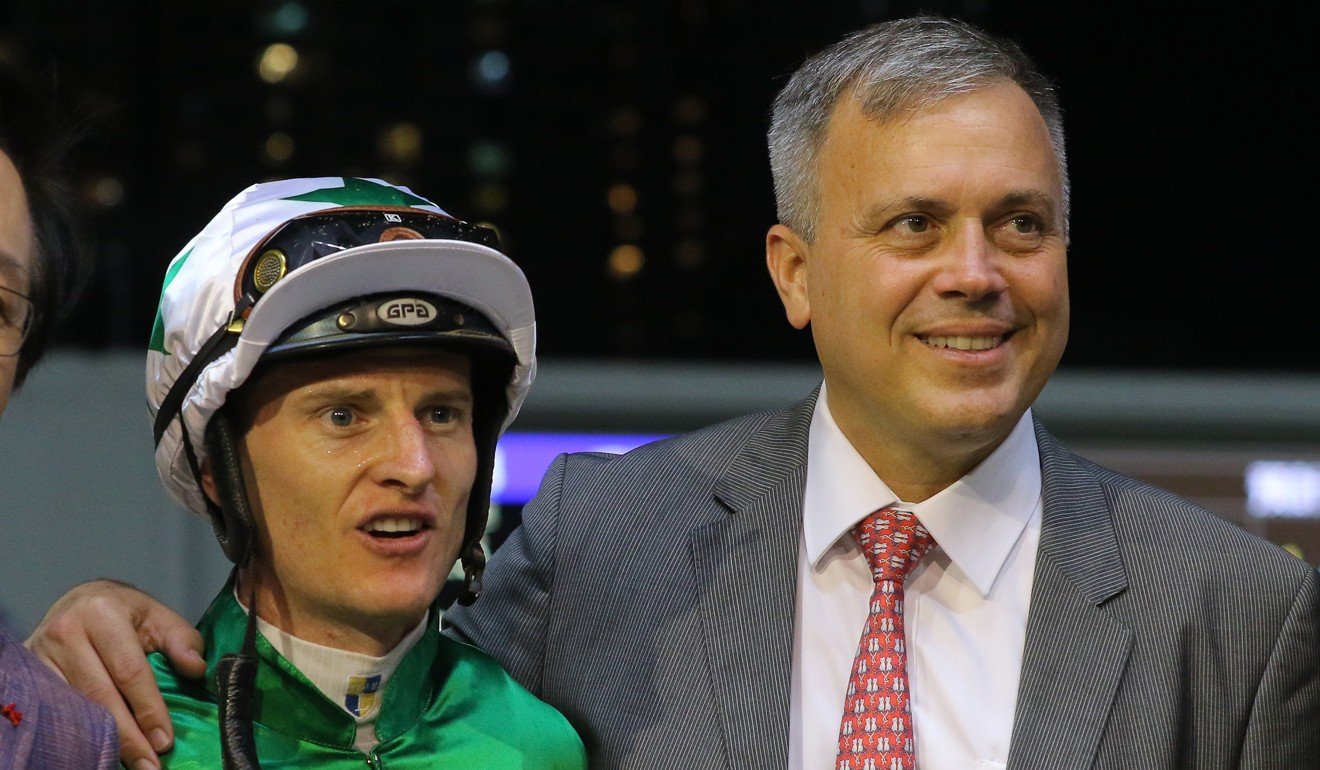 “We took our time with him, freshened him up and in the end it was a nice result. I think he’ll be OK for next season in Class Three.”

Chad Schofield got back into the winner’s circle when Paul O’Sullivan’s Smart Patch took out the Class Four Cricket Club Valley Stakes (1,650m), while the Francis Lui Kin-wai-trained Doctor Geoff (Aldo Domeyer) was triumphant in the last. 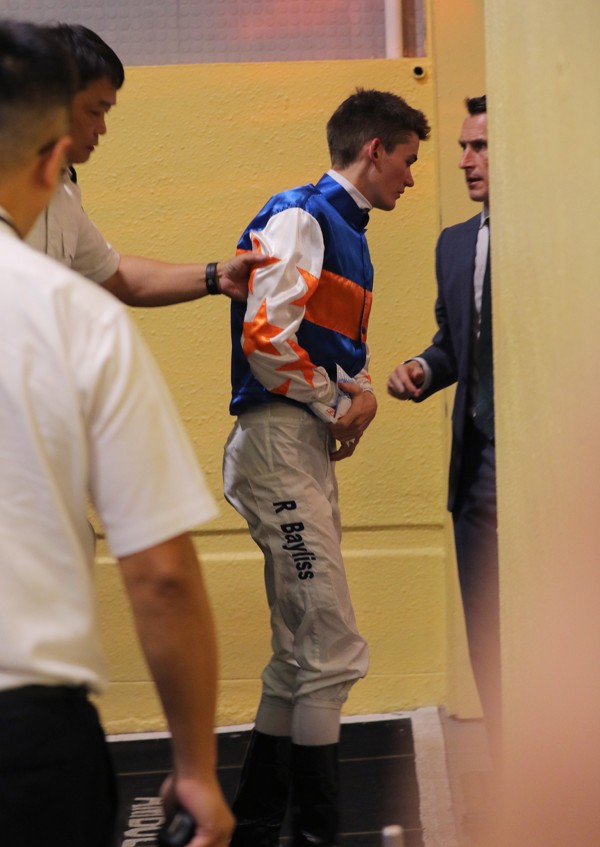 One jockey who didn’t enjoy a good night was Regan Bayliss, who was taken to hospital with a suspected fractured right wrist after being injured when Best Smile played up in the gates before the third race.

There was another barrier incident in the last race when Happy Dragon burst through the gates, but his jockey, Umberto Rispoli, was a little luckier and emerged relatively unscathed. 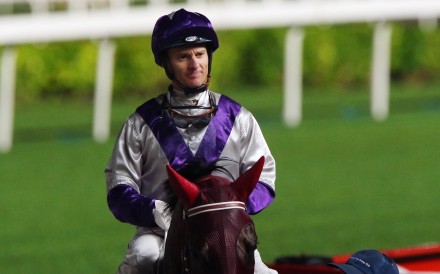 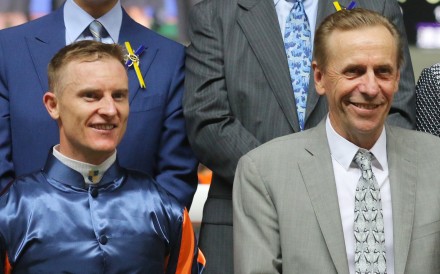 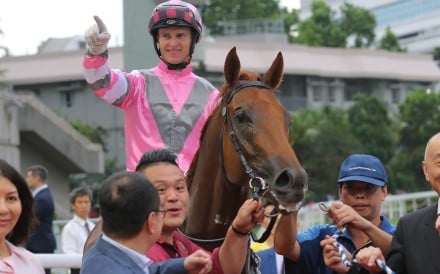