The David Hall-trained four-year-old breaks through on the all-weather track, notching his maiden win at start number 10 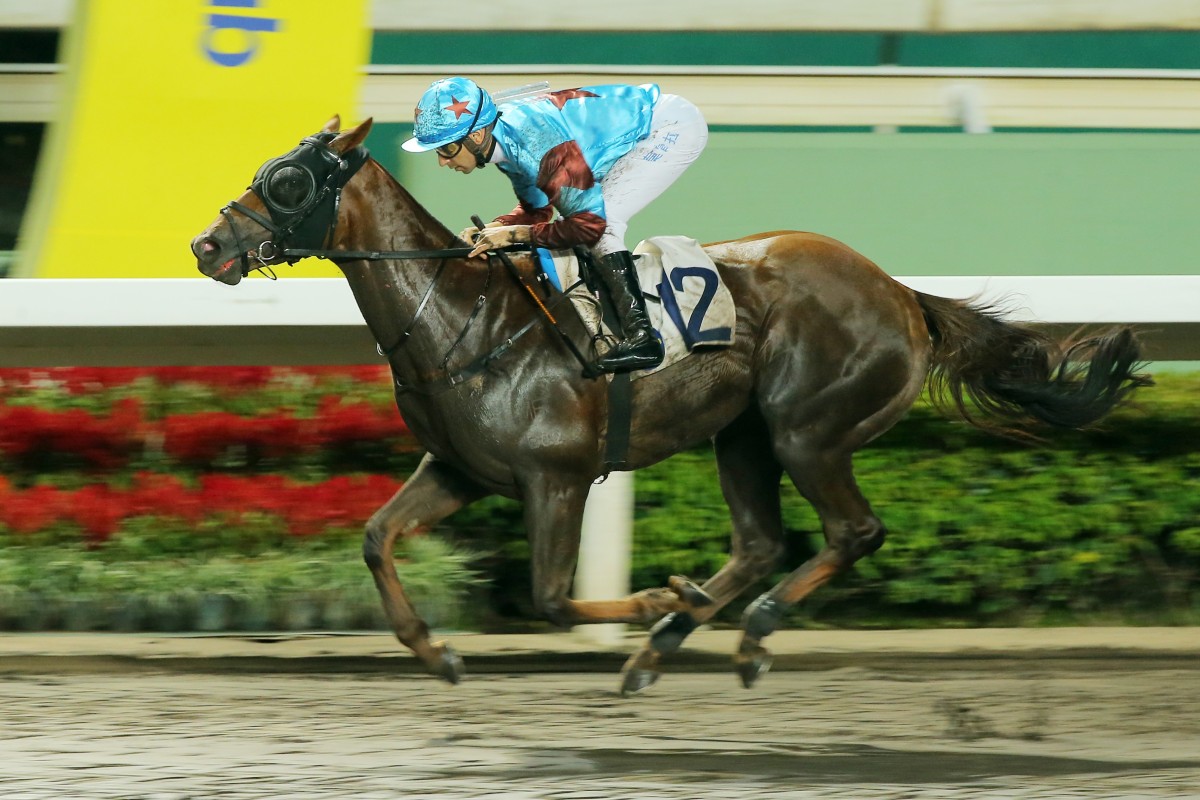 The saying “every dog has its day” can also be applicable to horses and Fame And Fortune certainly enjoyed his at Sha Tin on Wednesday night.

The rare all-dirt cards are the least inspiring of any Hong Kong meeting – most of the horses involved have an issue (be it physical, mental or emotional) and are not going to live up to any great heights – while the atmosphere is lacking in comparison to normal, with thin crowds occupying the large grandstands.

But on a night when some still had an eye on the events at Admiralty – those who arrived early were glued to the televisions – the David Hall-trained Fame And Fortune enjoyed his time in the spotlight.

Joao Moreira makes it a double as Fame And Fortune breaks through for his first win! #HKracing pic.twitter.com/amG64jRZ9B

The four-year-old dealt with injuries at the start of his career to ensure he will never live up to his name – he will never earn a fortune and his fame will probably be limited to how many people read this story.

But everything came together in the Class Four Silverstrand Handicap (1,200m) on Wednesday night, where the gelding which had one placing from nine previous starts managed to salute with the help of Joao Moreira.

“It all fell into place for him,” Hall said. “We got a bit of a bonus with a good barrier and an extra bonus by being able to get Joao as well, then the favourite missed the start and we got the perfect position with the light weight.

“He’s been running consistently well in the dirt races all year without winning so it was good to get a win on the board.

“He’s been racing on the dirt because he’s a quite unsound horse – his knees aren’t the best – and he seems to get away with it a bit [on that surface]. 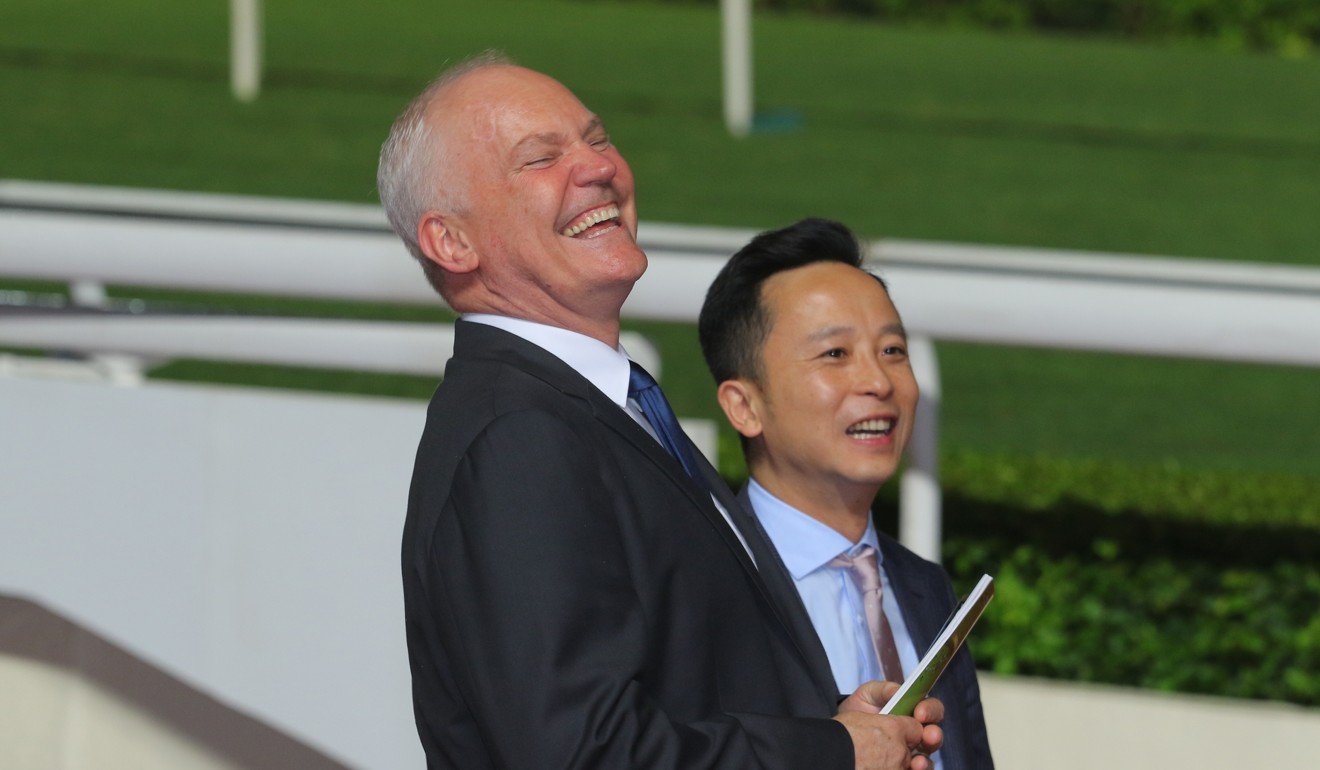 “I don’t think we’re going to get too carried away with where he’s heading, he might have one more run this season and you might not even see him next year.”

The feel-good aspect of the night came from a man who tends to shun the spotlight, Michael Chang Chun-wai, who collected his 16th winner of the season to ensure every trainer reaches the minimum performance benchmark for this season.

In comparison, this season has been a walk in the park – there are still eight to go.

Sweet 16! Michael Chang hits the benchmark for the season as Mega Heart grinds out victory under Keith Yeung. #HKracing pic.twitter.com/Dx0yVTtf2p

His victory came in the form of Mega Heart (Keith Yeung Ming-lun), an honest but limited toiler who had dropped 15 points in the ratings from the start of the season and relished the switch to the all-weather track, running over the top of his rivals to take out the Class Three Hoi Mei Handicap (1,200m).

“I thought he could run a good race. At Happy Valley he was always close – beaten two or three lengths and hit the line nicely,” Chang said.

“At the start of the season, he carried 133 pounds and was only beaten two-and-three-quarter lengths. Now his handicap has dropped a lot and the dirt suited him – particularly with a fast pace.” 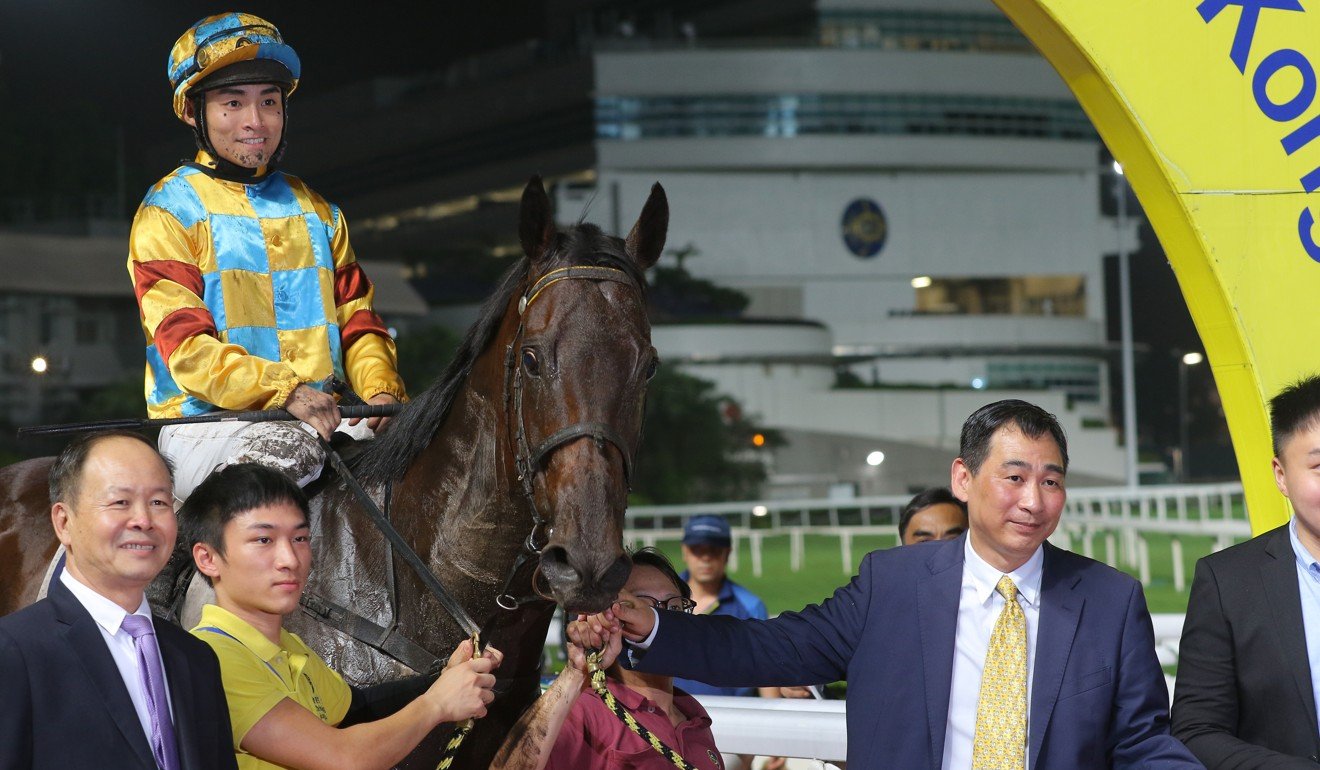 One horse that does have a chance to perform on a bigger stage is Me Tsui Yu-sak’s Ugly Warrior, with connections still considering a trip to Korea after his bounce back to form in the Class Two Butterfly Bay Handicap (1,200m).

The dirt specialist has now won six of his nine starts on the all-weather track after a positive Karis Teetan ride and the trainer confirmed he will make a decision in a month or two about whether the four-year-old contests the Korea Sprint in Seoul in September.

It was a dirty night for star jockey Zac Purton and his supporters – he still managed to secure a victory aboard Lucky Win Win, but was beaten on five other favourites.

Frankie Lor Fu-chuen took the training honours with a double (Star Luck and Kings Shield) while Moreira also prevailed on Remarkable to secure a brace and win the Jockey Challenge. 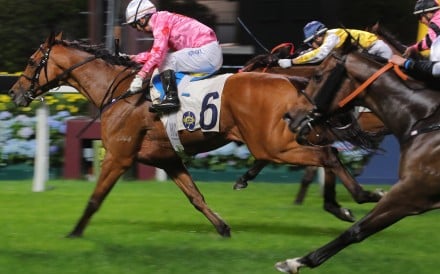