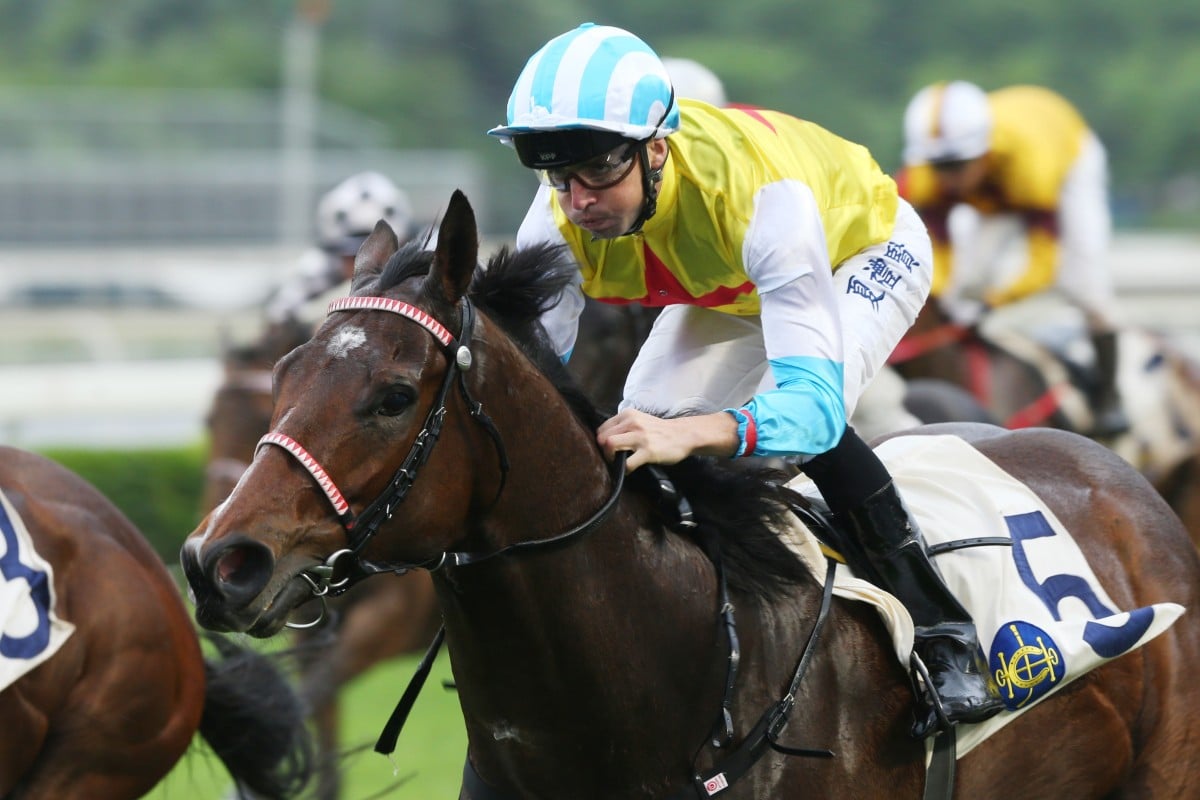 Martin Harley is chasing more winners before the end of his contract. Photos: Kenneth Chan

Martin Harley is determined to squeeze every last drop out of his Hong Kong stint after being told his contract won’t be renewed for next season, with the Irishman eagerly awaiting his first ride for champion trainer John Moore on Sunday.

The news he was not required in Hong Kong beyond mid-July was compounded when he couldn’t get even a single ride at Sha Tin last weekend, but Harley is content in the knowledge he is doing everything in his power to succeed.

“It was a bit quiet, it was a little bit annoying but that’s racing, it’s not all that easy,” he said of his dormant weekend. 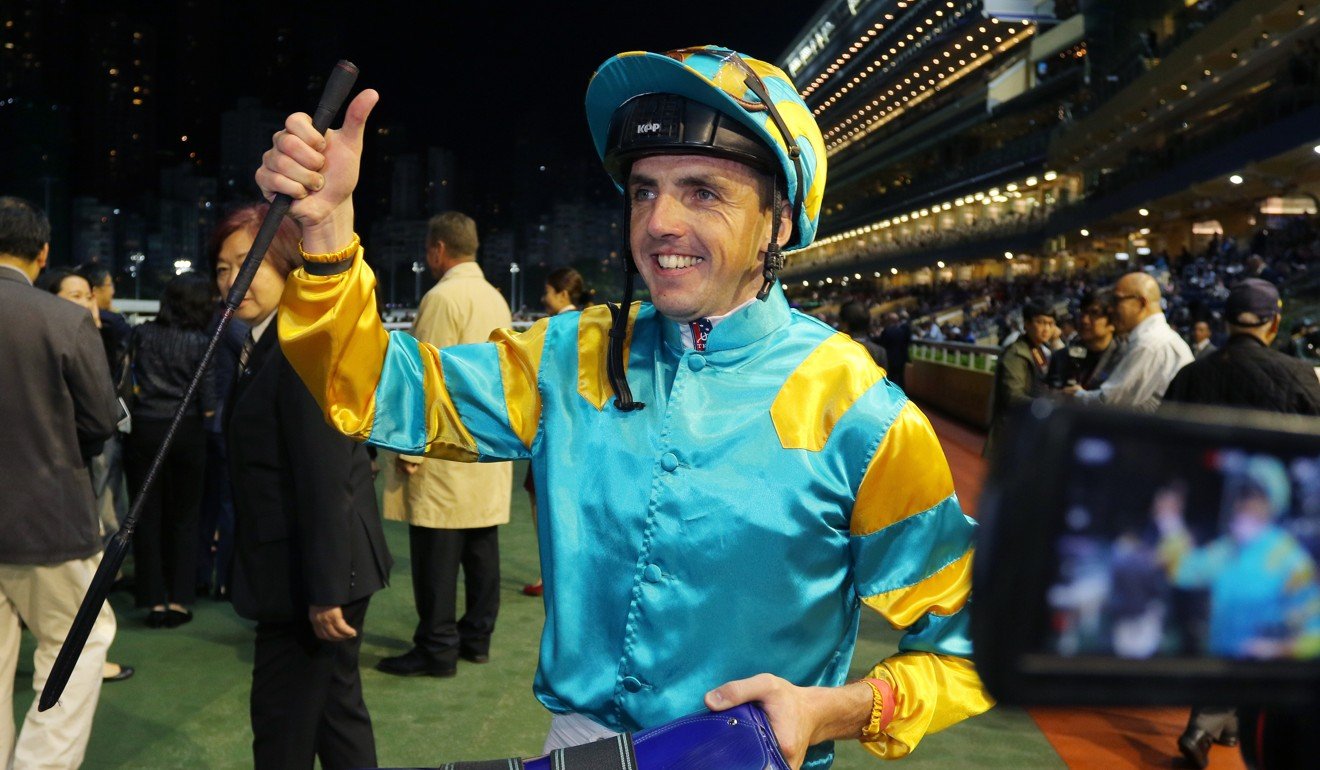 “You have to be realistic about these things. I’ve done my best from the rides I’ve been dealt. My support could have maybe been a little bit stronger but it wasn’t for a lack of the work I put in.

“It’s been a great experience and who knows, if we rack up a few winners before the end they might reconsider.

“But if they don’t, I’ve given it my best shot, I’ve appreciated every minute of it and it’s always a feather in the cap coming to Hong Kong. Good experience, good people and something I’ll be very pleased I’ve done.”

Harley is set on adding to his four winners before he departs Sha Tin and things have picked up, with the 29-year-old armed with six rides for this Sunday’s meeting.

The Jimmy Ting Koon-ho-trained War Room could be his best chance of victory but it is the ride on Moore’s The Createth that has him most excited. 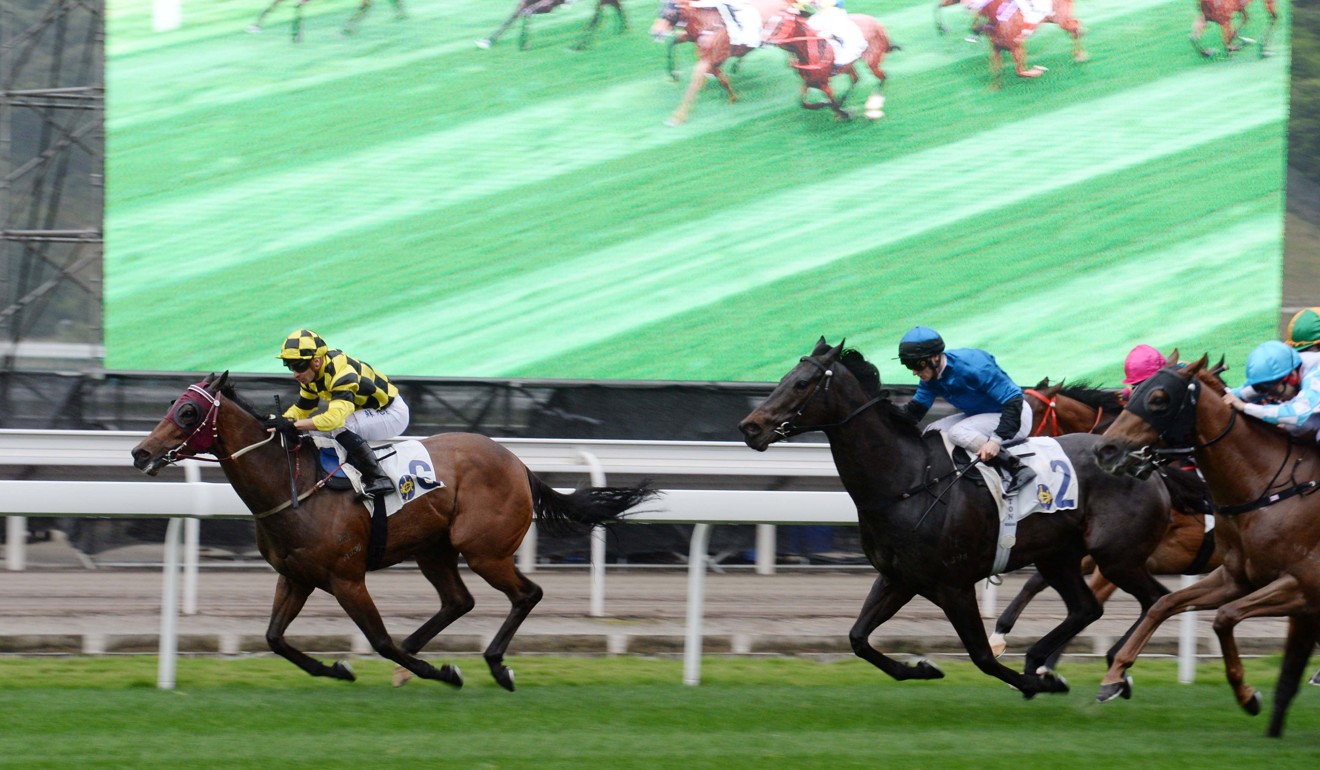 “Riding for Mr Moore and people like that, it’s always a feather in the cap. There’s one more season left in his career and it’s going to be nice to say I’ve ridden for him,” Harley said.

“It’s my first ride for him, so that’s very nice and it’ll be even nicer to ride a winner for him. I don’t think it’s without a chance either. I’ve got a nice book of rides and hopefully a few of them can show up.”

The Createth is chasing his second win from 18 starts this season in the Class Four On Lan Handicap (1,400m), while War Room is looking to break his maiden in the Class Three Sports Club Diamond Jubilee Challenge Cup (1,200m).

“He’s dropped back to 1,200m with first-time blinkers on,” Harley said of War Room. “He felt good in them on the track in the morning and it’s the first time he’s drawn a good barrier in a while so I’m excited about that.” 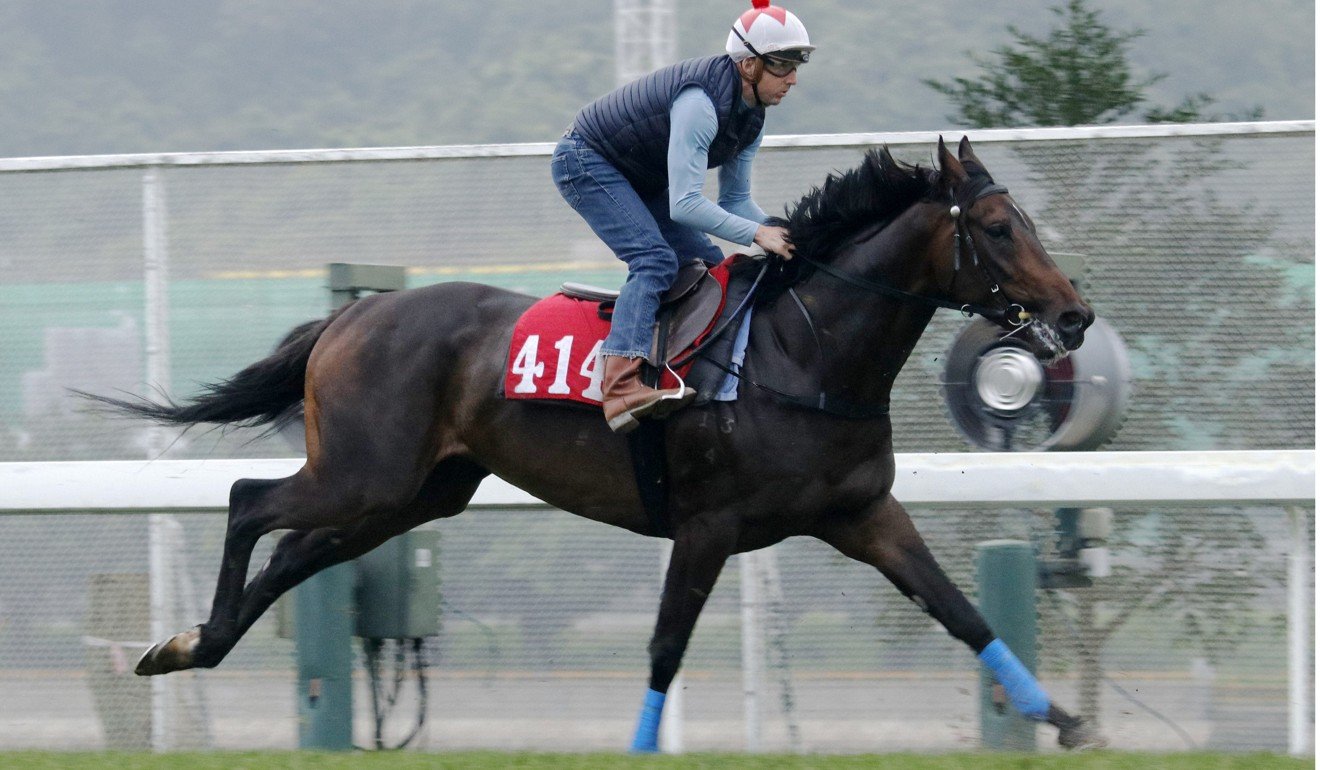 Harley, who also rides Mutual Joy, Dr Lucky Star, Won Won Too and Righteous Doctrine, is unsure exactly where he’ll ride after Hong Kong, but does know a holiday is in order first.

“I’ll take a few weeks off, I’ve got Chad Schofield’s wedding coming up [in Koh Samui], so I’m looking forward to that,” he said.

“In the upcoming weeks I’ll make the decision [on my future]. Being in Hong Kong for five-and-a-half months, I don’t think that’s going to do me any harm if I’m looking for a job.

“The main thing for me is I’m not going home without a winner. Hong Kong is a tough place but it doesn’t mean you’re not going to ride a winner elsewhere again.”