The rookie trainer secures his first win with a horse trained at the HK$3.7 billion facility just two months after launching his mainland operation 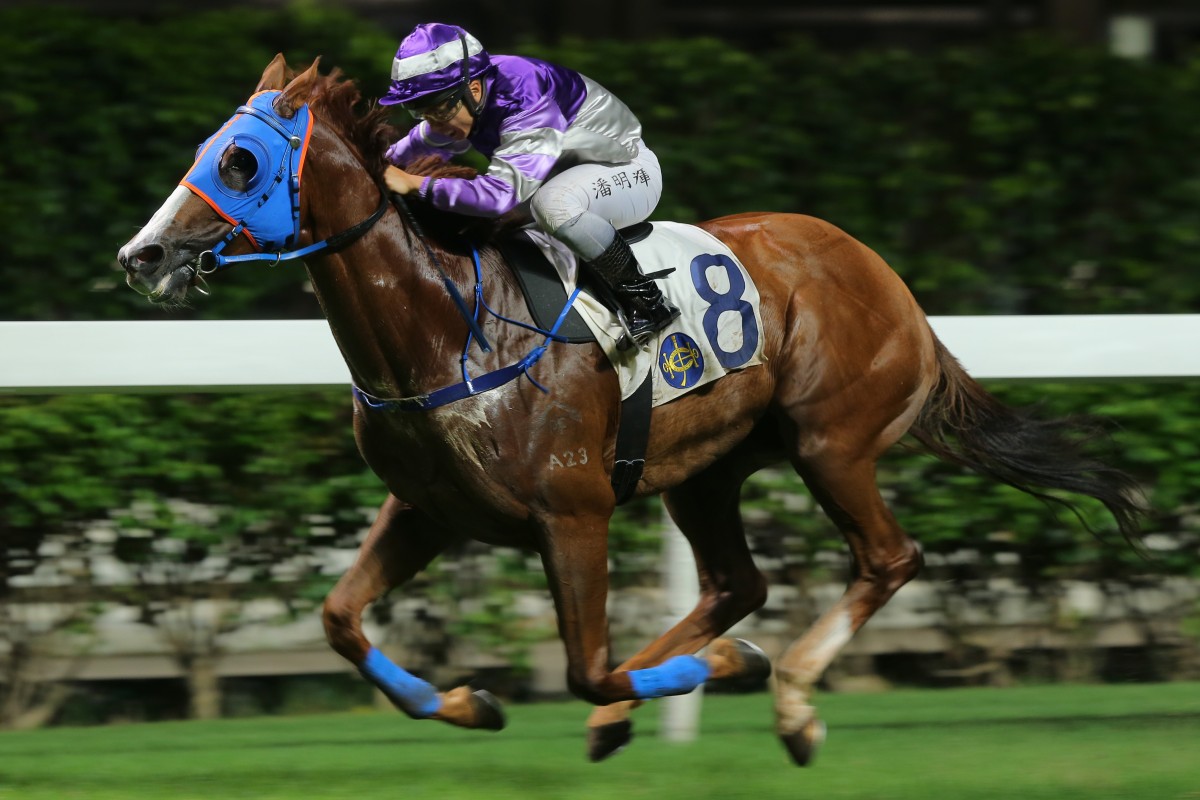 Jimmy Ting Koon-ho continued his impressive rookie season on Wednesday night, ticking off another milestone after securing his first win with a horse trained at Conghua.

Despite only gaining his licence at the start of the term, the 45-year-old was given stables at the Jockey Club’s HK$3.7 billion facility in mainland China two months ago and he hasn’t had to wait long to taste the fruits of his labour.

Conghua Racecourse is gaining a reputation for rejuvenating tired horses with Applause being the latest example as he took out the Class Four Lantau Island Handicap (1,200m) at Happy Valley.

Since winning in December, the six-year-old has struggled, but he spent a month in the expansive surrounds after his last race and clearly benefited from the experience, saluting at $30 under the guidance of Matthew Poon Ming-fai.

While delighted with the win, Ting is still experimenting as he tries to manage two stables a four-hour drive apart.

“I’m still thinking about how to best manage having a Conghua stable,” he said. “I like rotating horses. When a horse comes down to race I like to send another horse back. But it’s still a work in progress.

“The facilities are fantastic but I’m still thinking about how to use them to get the best result.”

Whatever he did worked for Applause, who also relished a return to the city track. 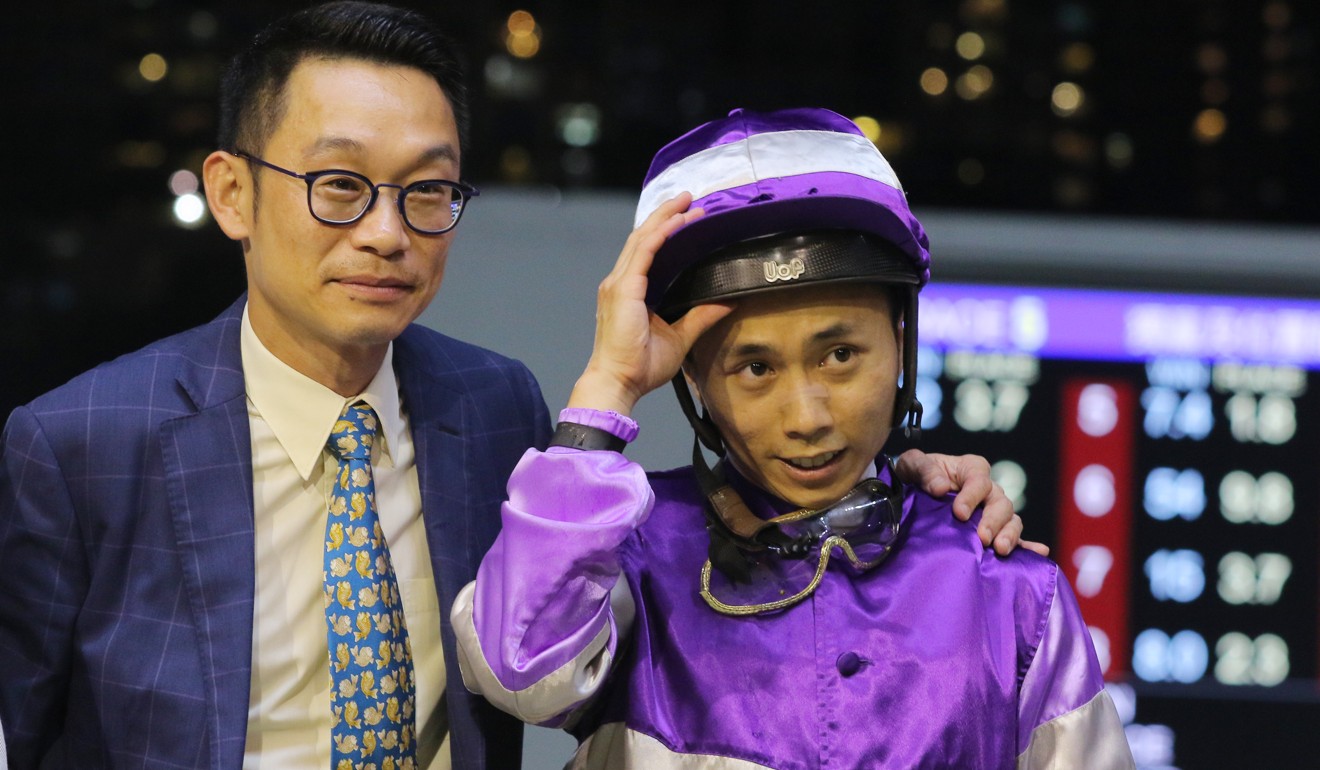 “Happy Valley is better than Sha Tin for this horse and 1,200m is his best distance,” Ting said.

“I’m a bit surprised because his form isn’t that good and his weight dropped coming back from Conghua, but I’m happy he won.”

The result takes Ting to 36 winners for the season – at a strike rate of 11.5 per cent (the fourth best in Hong Kong) – and he doesn’t think he is finished yet.

“Early on in the season I thought if I could get 30 winners that would be good, but to have exceeded that is very good,” he said. “I’ve still got a lot of runners to come in the final five meetings so hopefully I can get some more.” The win was the first of a double for Poon, who also combined with his former boss David Hall on Flying Quest to win the Class Three Manawatu Racing Club Challenge Trophy (1,650m).

The leaders went mad early, setting up the race perfectly for the backmarker to storm over the top of his rivals at $19.

“It didn’t look that good going out of the straight the first time – he was five lengths detached,” Hall said.

“It would have to be all about the tempo. I thought the horse had a chance in the race, his last run was solid and he had a light weight.

He sure loves the track and distance... Saul's Special lands his third win over 1000m at Happy Valley under @zpurton. #HKracing #HappyWednesday pic.twitter.com/4oGOBcZXoA

“Obviously from the draw he was always going to be back, but I didn’t think he’d be that far back – he couldn’t keep up early. He’s had a great season the horse and topped it off with a nice cup race so happy days.”

Michael Chang Chun-wai notched his 17th win of the season when his highest-rated galloper Saul’s Special captured the Class Two Grass Island Handicap (1,000m) with Zac Purton in the saddle.

“He improved a lot this run – particularly mentally,” Chang said. “When I put the saddle on he was perfect – nice and quiet, very focused. The jockey said he was full of confidence in the gates.

Thriller in the last! True Grit gets his nose down when it counts to make it four wins in a row! #HKracing #HappyWednesday pic.twitter.com/B4CrR2rbEb

“It’s hard to win these Class Two sprints at Happy Valley. He drew away at the end – it was very impressive.”

It was a tough night for punters with the only favourite prevailing being the John Size-trained True Grit in the last race, who narrowly held off a challenge from the perennially unlucky Harmony Hero.

It was the four-year-old’s fourth straight win and he shares something in common with Applause – he is also being trained out of Conghua. 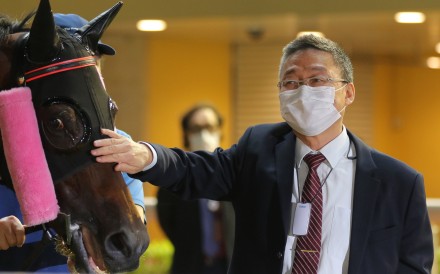 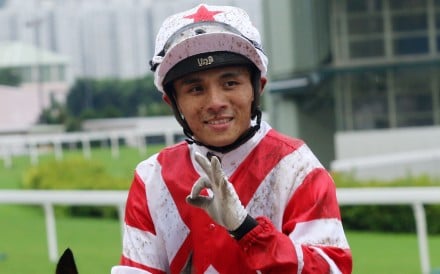 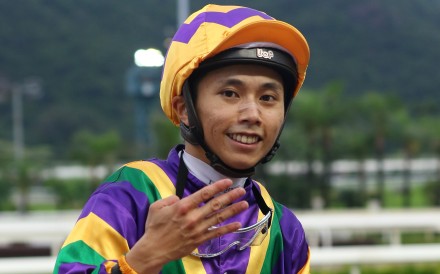