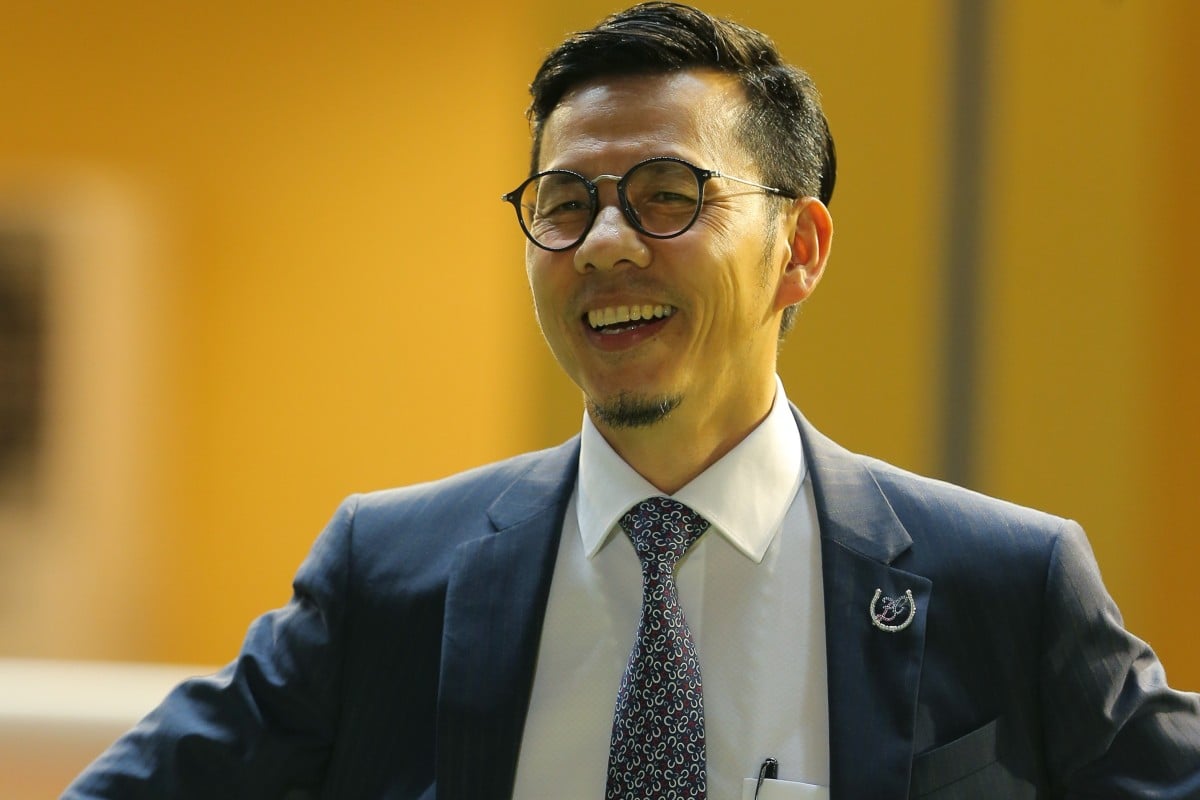 Frankie Lor shares a laugh with connections after training a winner at Happy Valley this season. Photos: Kenneth Chan

Sophomore trainer Frankie Lor Fu-chuen concedes he ran out of ammunition to stay alive in the title race this season but will be bursting at the seams soon with the addition of a Conghua training stable.

Lor was within reach of both John Size and John Moore as little as a month ago, but has struggled to keep up, with the leading local trainer capped at 60 horses in his stable, while the two heavyweights have 70, an advantage afforded to those with satellite stables in the mainland.

With the writing on the wall, Lor said he elected to back off and save his horses for next season and now he has been granted a Conghua training licence, he hopes to be in the hunt for a trainers’ championship of his own in 2019-20. 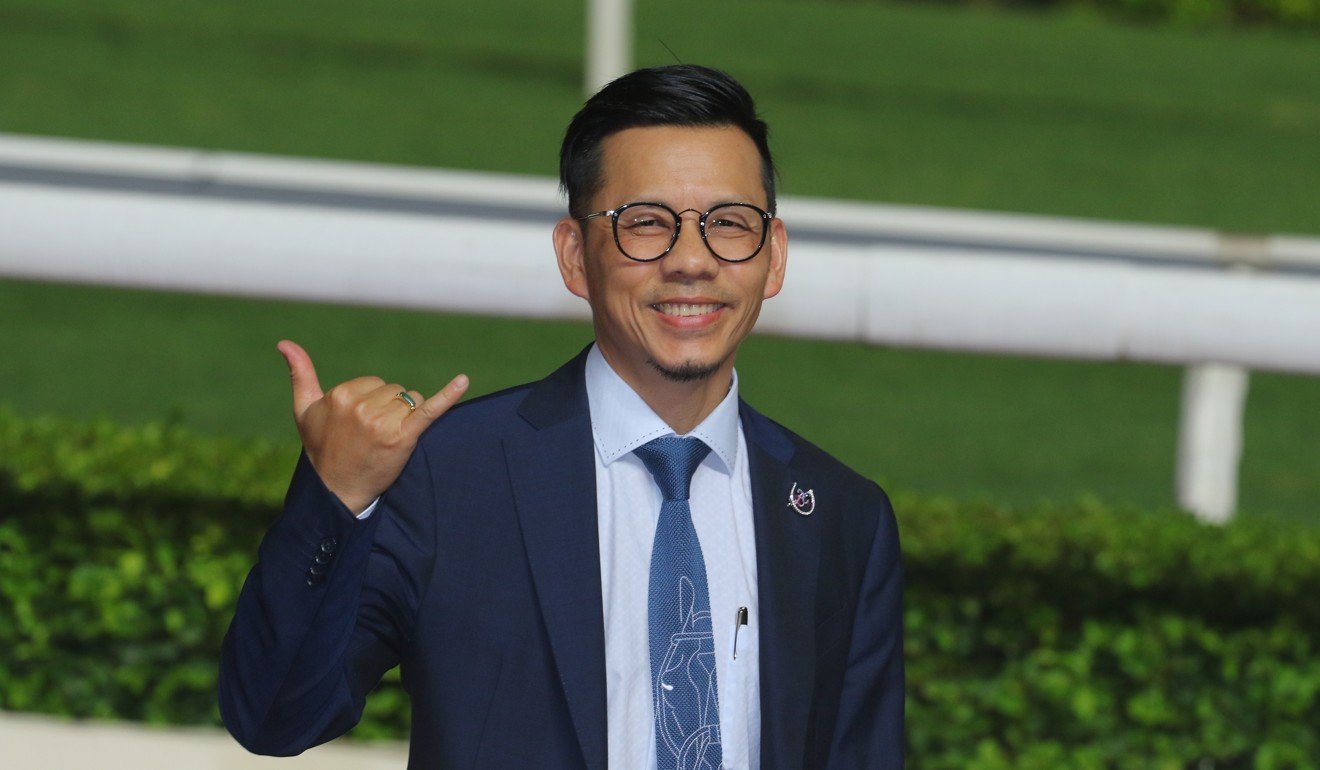 “I have run out of bullets to fire, next season I will have more.

“I will be sending a horse there on the 16th, then I can start with seven horses up there [Conghua] so that will be good.”

While the stoush between Size and Moore could go down to the very last race – the Class Two Hong Kong Racehorse Owners Association Trophy (1,400m) – Lor is looking to end his season on a high with both Glorious Spectrum and King Opie.

With an expanded ratings band (80-105), the two horses are among a group of six that have been allotted the bottom weight of 113 pounds. 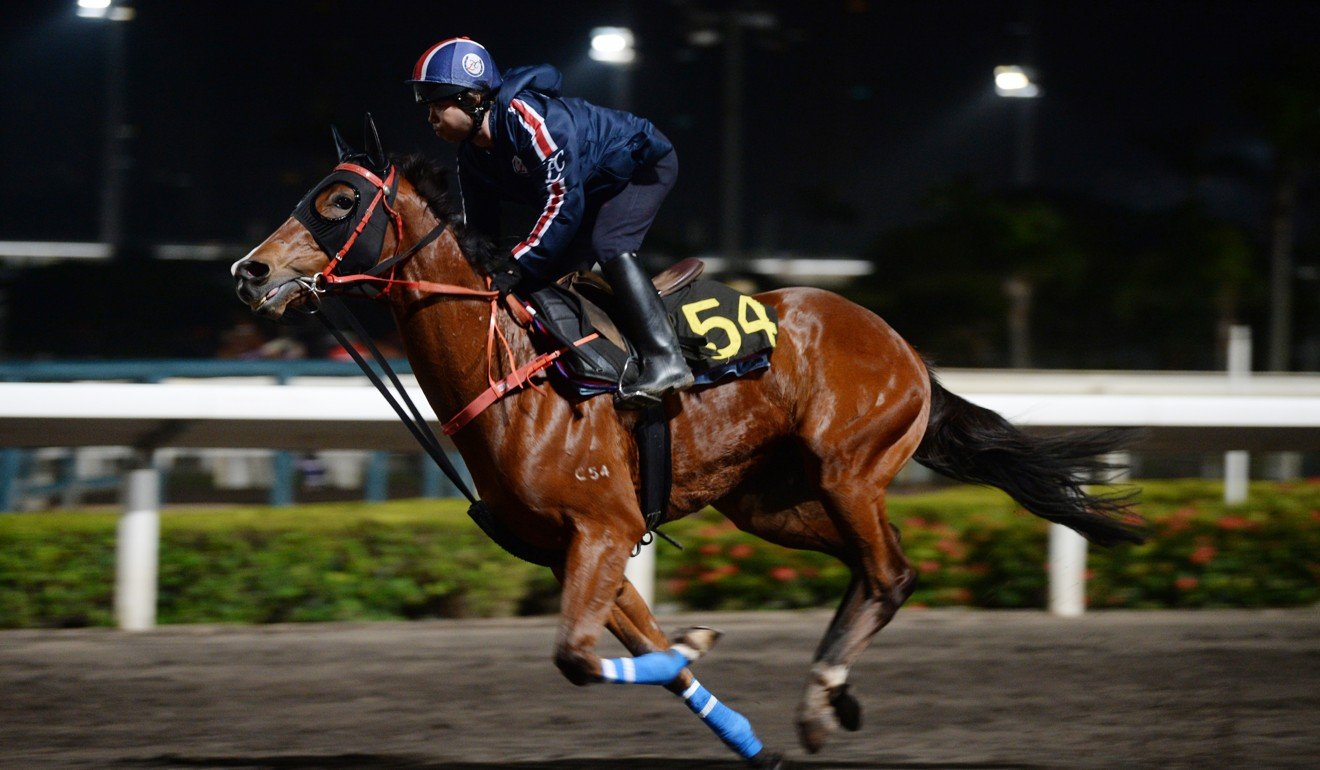 Glorious Spectrum returns off an impressive first-up run a fortnight ago where he rattled home from near last to finish second.

With jockey Umberto Rispoli rarely riding below 118 pounds this season, Lor joked the Italian would need to “get on a diet” to ride the four-year-old.

After pulling up lame in January, Lor said it had been hard to find suitable races for Glorious Spectrum but was happy to bring him out for just his fourth Hong Kong start on the final day of the season once he saw the programme.

Glorious Spectrum makes up part of a 10-strong team of horses that Lor will saddle up on Sunday and he needs a single winner to better last season’s effort of 65 victories.

Lor has also nominated his 94-rated Glorious Artist for a crack at the Group Three Korea Cup (1,800m) in September with the dirt specialist running out of races in Hong Kong.

The five-year-old has taken a liking to Sha Tin’s all-weather track with all of his three career wins coming on the surface, but it remains unknown how he would handle the deep sand of Seoul.

“I thought I would put in an entry for the race and then see if they invite me,” Lor said. “If we get the invite, we will go to the race … he will trial in Hong Kong before going first-up into the race.”

With the Korea meeting falling on the second Hong Kong meeting of the year at Sha Tin, it is unlikely a big-name jockey would be available to ride.

Meanwhile jockey Dylan Mo Hin-tung will not ride on Sunday with 25-year-old carrying a back complaint. 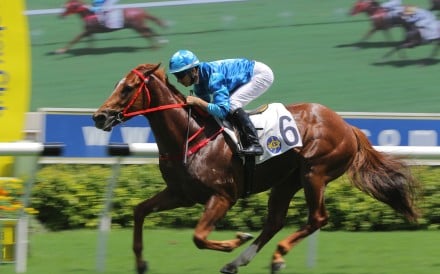 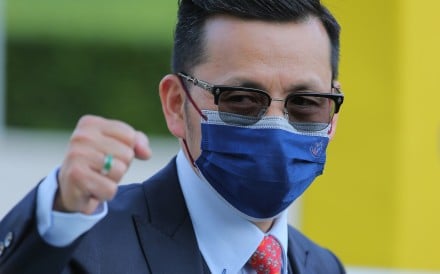 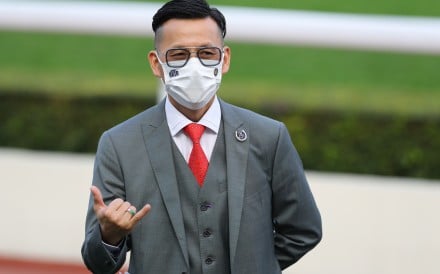