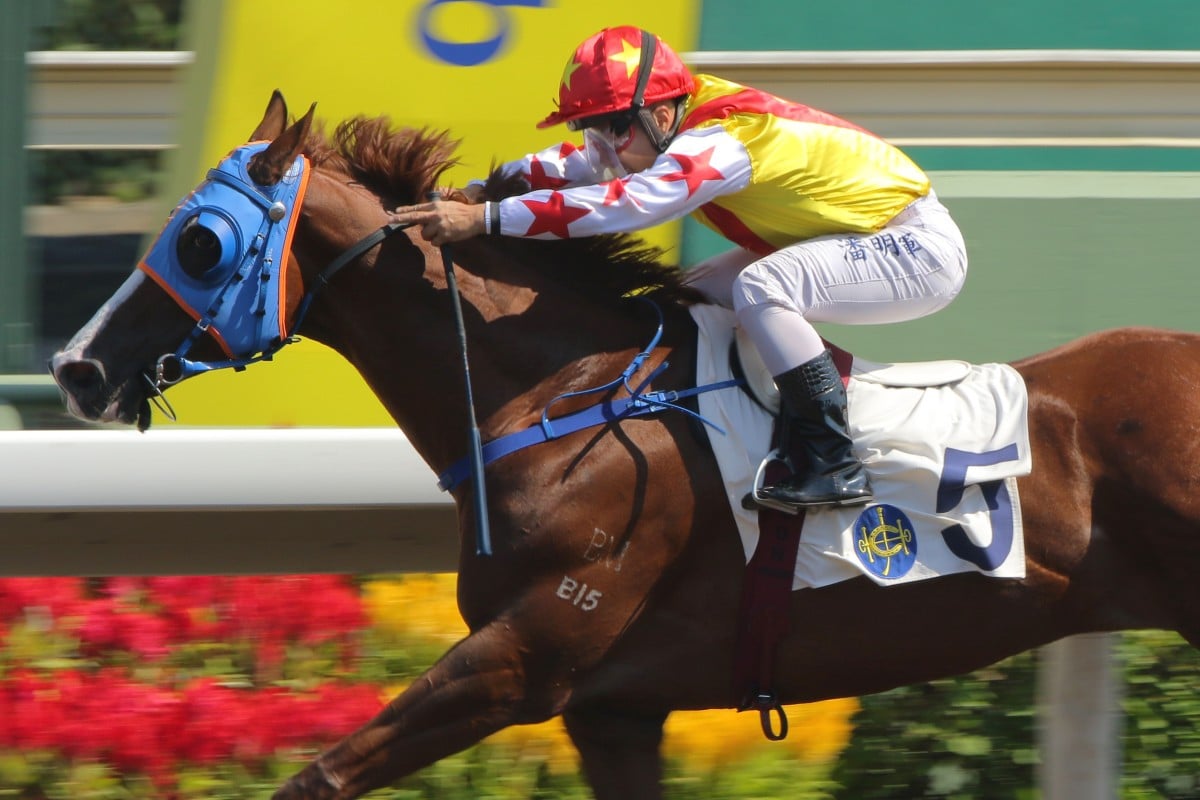 A split-second decision made all the difference for jockey Matthew Poon Ming-fai when he dashed to the front on a red-hot all-weather track at Sha Tin on Saturday.

The local jockey sensed the much-maligned surface was up to its old tricks on Saturday, favouring the leaders after one race so elected to take full advantage of it in his second go.

Poon jostled for the lead on the Jimmy Ting Koon-ho-trained Elite Boy in the Class Four Lau Fau Shan Handicap (1,200m) but was eventually able to settle on the rail and was never headed down the straight, holding off the much-fancied Prince Of Gems with star jockey Joao Moreira on board. Poon said while he did not have “lead at all cost” instructions from Jimmy, he elected to roll forward when the opportunity presented itself.

“Jimmy asked me to jump forward, and we thought one or two might lead so we could sit outside them but at that time, I was around a half-length in front of the Me Tsui [Yu-sak] horse and I thought this wasn’t good for my horse because he couldn’t finish off so I went quicker,” he said.

“It felt like down the home straight my horses couldn’t quicken, I don’t know about the others.

“It was good because I didn’t have to fight him, I just let him roll on and it worked well because today the track seemed like all the leaders kept going.

Elite Boy makes all to give Matthew Poon his first win this season! #HKracing pic.twitter.com/fQaGTxzKi3

“If you were close to the speed, it was the place to be but I am hoping we can keep going now.”

Poon’s win was one of three wire-to-wire wins on the all-weather surface which has drawn criticism in the past for its bias towards front-runners.

Both Blade Racer and Winner Supreme also took advantage of the conditions to roll forward to victory.

It took punters two races to catch on however, with both Blade Racer and Elite Boy going around at $37 and $21 respectively.