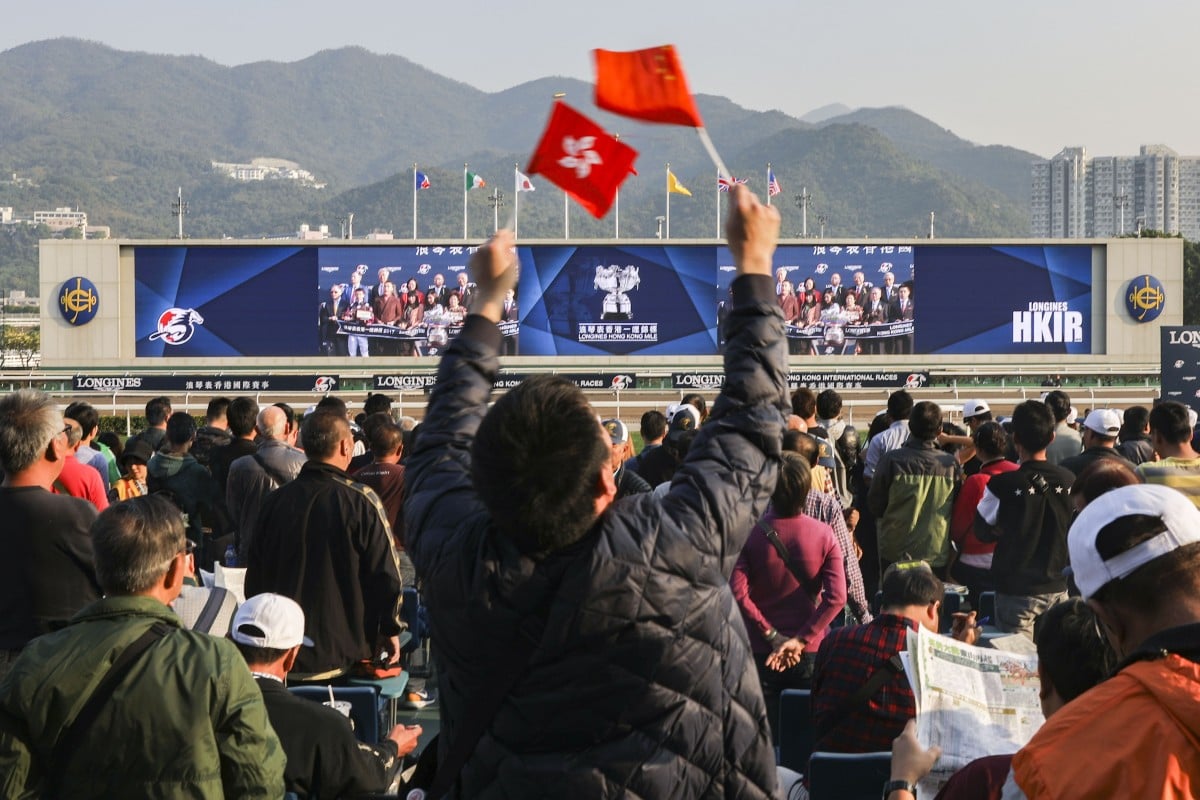 A racing fan waves the flags of Hong Kong and China during the Hong Kong International Races. Photo: Sam Tsang

Very sad that this unrest is now affecting the best racing in the world. I have maximum sympathy for the protesters though I just hope that a compromise can be reached before HKIR in December – @STMsolutions

There has been a lot of talk about what could happen during Tuesday’s Chinese National Day meeting at Sha Tin but one thing is clear – the Jockey Club needs to draw a line in the sand and ensure it goes ahead as planned.

The political and social unrest in Hong Kong has crippled parts of the city over the past three months but racing was virtually unaffected until the cancellation of the Happy Valley meeting on September 18.

That situation was sparked by the prospect of a clash between protesters and polarising pro-establishment lawmaker Junius Ho Kwan-yiu, whose horse Hong Kong Bet was running at the meeting.

Given that combustible situation and the threats uncovered by the Jockey Club’s security team in the lead-up to the card, it made the right decision to put the safety of everyone involved first and cancel.

But there are no other mitigating factors this time around – everyone has been aware of the likely sentiment surrounding National Day and has had weeks to prepare.

Sha Tin is very different to Happy Valley, the former quite isolated in the New Territories while the latter is surrounded by the urban jungles of Causeway Bay and Wan Chai, so the venue makes a significant difference in terms of access, security and the volume of people in the area.

Anti-government protesters might make political statements on the day, the MTR system could be affected and impact on the ability of people to get to the track, but the Jockey Club needs to trust the experience of those in charge and try to make it work. 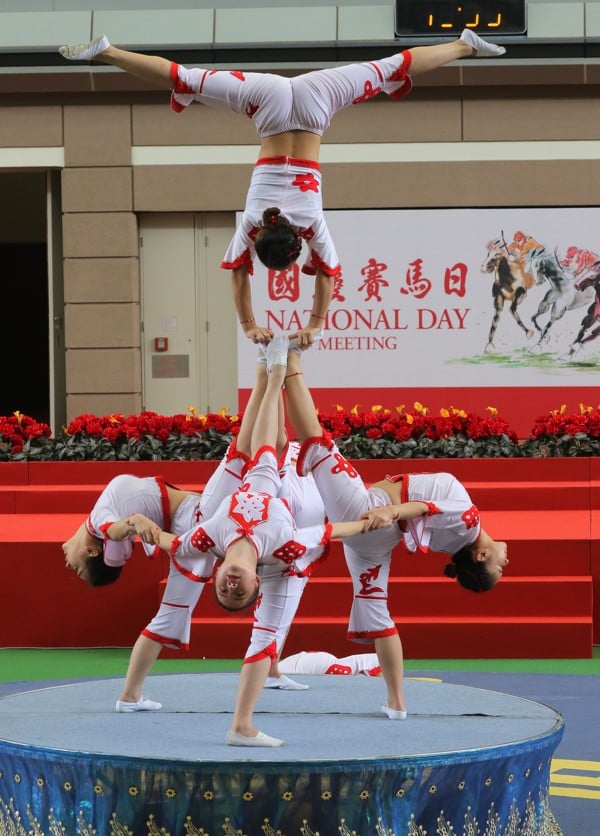 They have no interest in compromising the safety of horses, jockeys, staff or customers but we have reached the point where they have to stand up and see what unfolds instead of jumping at shadows.

The Jockey Club can’t blink again and give in otherwise it creates a very dangerous precedent and puts a lot more meetings at risk.

The blueprint would be there for any protesters wanting to create headlines – recruit enough people, make some noise on social media, include a series of (credible) threats and mission accomplished.

There is no room in the stacked schedule to make up for any more lost ones – they will just go up in smoke.

It is not a stretch to imagine key meetings like the Hong Kong International Races or the International Jockeys’ Championship being targeted – which would be a disaster for everyone – so it is time to make a stand.

To the Jockey Club’s credit, it remains optimistic there will be no serious issues or disruptions and has continued on with preparations as normal.

It is important to note the Jockey Club and racing in general is widely considered separate to the drama that has wreaked havoc in Hong Kong.

The Jockey Club is doing its level best to remain neutral and racing is unquestionably the most popular sport, an integral part of the city’s identity, while also being the largest taxpayer and a huge charity donor. 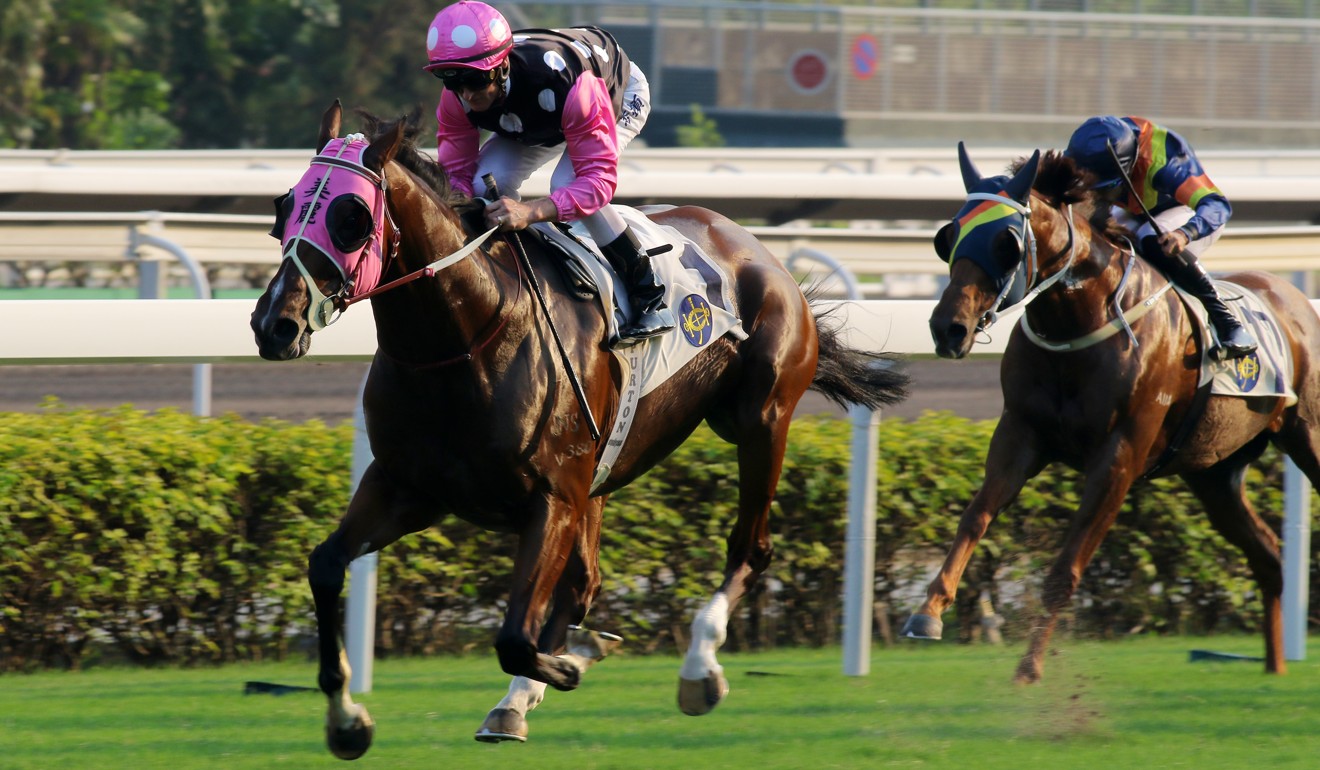 Racing itself is not the target, but the focus on it and its standing means it can be vulnerable.

Given those circumstances, it is even more important the Jockey Club presents a strong and united front on Tuesday, the meeting goes ahead as planned and shows the community it is no pushover.