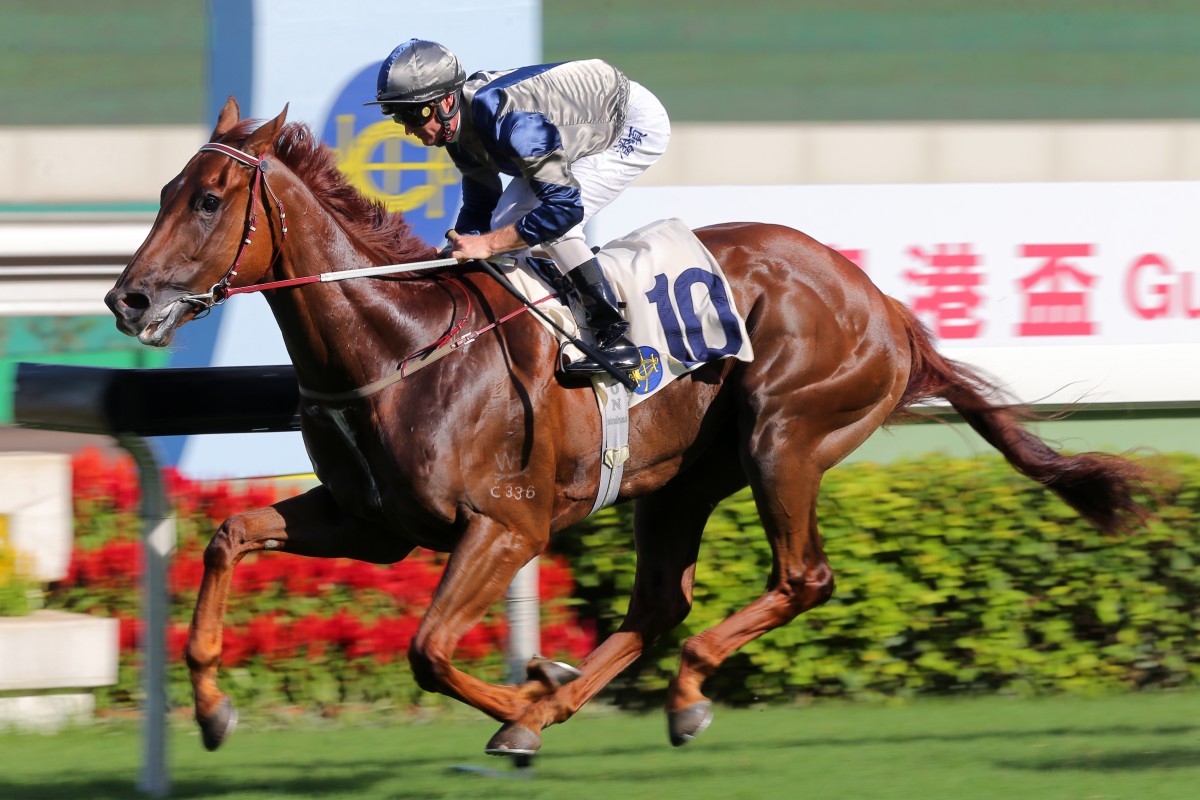 John Moore has absolutely no doubt how good Aethero will be, calling him a “superstar in the making” last week, but jockey Zac Purton says the jury will be out when the boom sprinter steps into Class Two company on Tuesday.

Aethero strung together three wins from as many starts last season but the horses he beat in his two Griffin victories have yet to perform in open company.

His most recent win came in record time in Class Three and was certainly impressive, but Purton is well aware the three-year-old’s formline is not the strongest.

He’s a beauty! Aethero cruises to victory and looks an absolute machine at Sha Tin under @zpurton for John Moore... pic.twitter.com/lXYkspGCgQ

“If you take a line through his form, of course it’s concerning,” said Purton, who rides Aethero in the Class Two Beijing Handicap (1,200m) at Sha Tin.

“Nothing that finished close to him or was competitive with him has gone on to do anything. He did only win a couple of Griffin races and a Class Three and now he’s thrown in the deep end in a Class Two against a strong field with plenty of speed in the race.

Is Beauty Generation vulnerable in the Celebration Cup?

“This is where we start to find out what we’ve got, these races start to separate the boys from the men.”

Fat Turtle looms as Aethero’s main opponent after finishing second in Class Two when first-up on September 15, but Purton hopes his charge can continue his unbeaten run after a nice trial win last week. 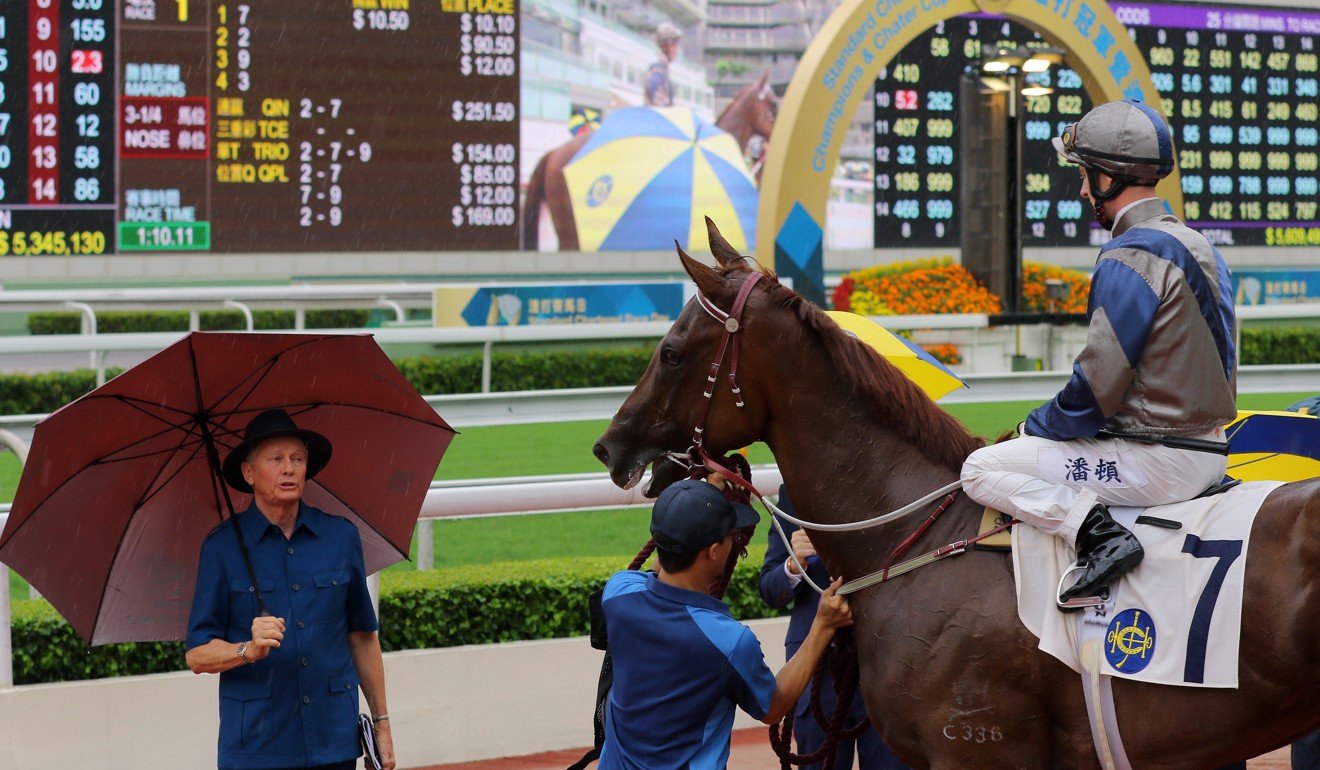 “He’s only had one trial coming into it, he’s not fully screwed down but he gets in with a nice light weight [of 122],” Purton said. “We liked what we saw from him last season and we just hope that he can keep going on the path that we’d like him to take.”

That path will ideally lead to December’s Group One Longines Hong Kong Sprint, but Purton knows there is plenty of water to go under the bridge between now and then.

“He needs to put his hand up, he’s a long way out of the ratings at the moment,” the jockey said. “He needs to quickly put a few points on the board to even get himself into the race.”

On a day he will reunite with reigning Horse of the Year Beauty Generation, Purton has a mouth-watering book of 10 rides that also includes smart up-and-comer Mr Croissant. 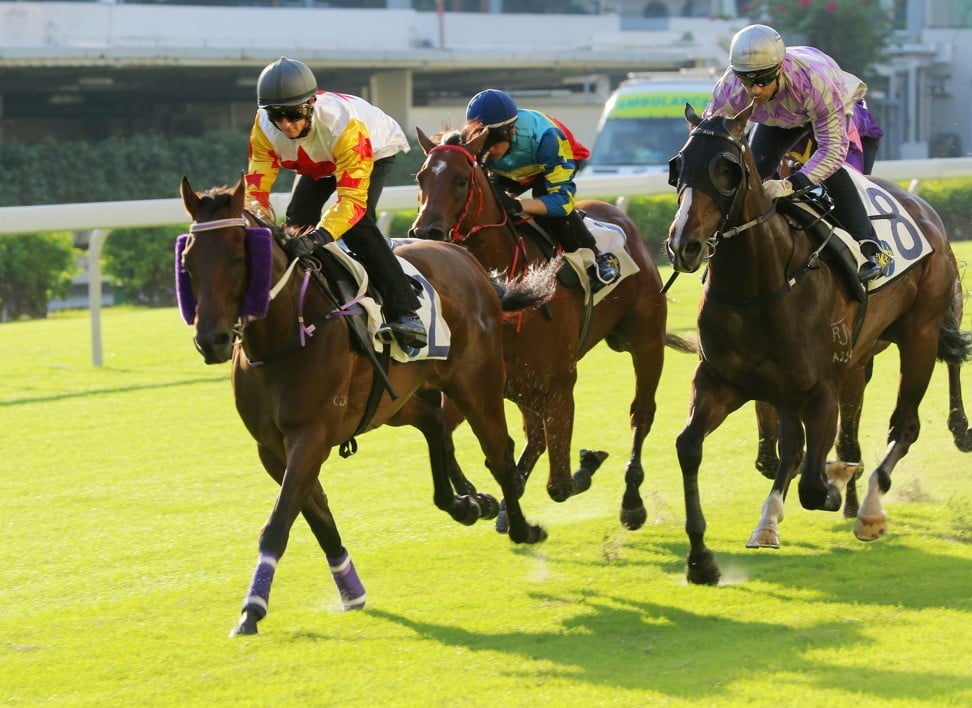 Purton was aboard the Chris So Wai-yin-trained four-year-old when he was grabbed late by Francis Lui Kin-wai’s Golden Sixty on opening day and thinks Mr Croissant can return to the winner’s circle this time around, despite drawing barrier 10.

“He’s drawn a bit awkwardly so that’s not going to be easy. He’s going to need to get the right run in the race and have a few things fall his way,” Purton said of Mr Croissant, who has saluted in a Happy Valley trial since that second placing.

“Initially I was a bit disappointed in his effort first-up but the winner’s a pretty decent horse. I thought he had the right run and was there to win but gave the race away.

“But he’s had that run now, he feels really good in the mornings and I expect him to run well.”