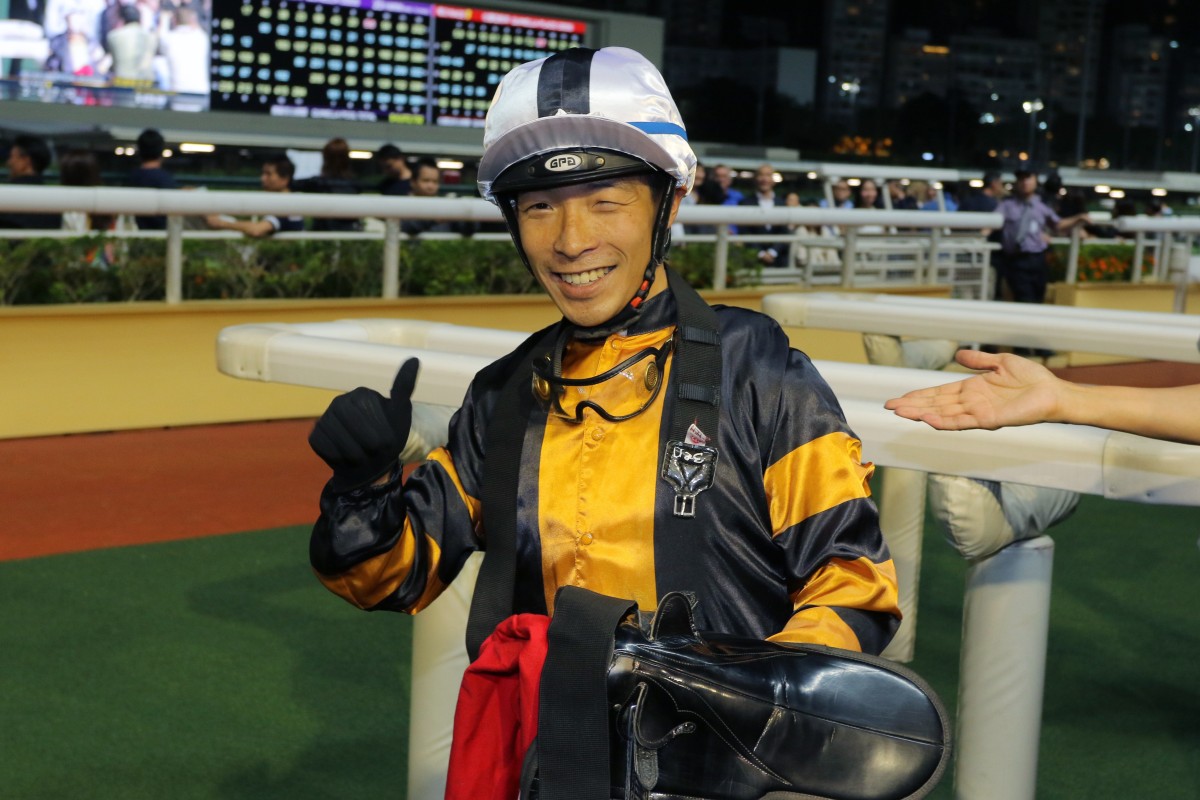 Ben So enjoys his first win of the season. Photos: Kenneth Chan

A little bit of luck – something that eluded him early in the season – helped hard-working jockey Ben So Tik-hung taste success at Happy Valley on Wednesday night.

The 32-year-old has found it hard to obtain opportunities this term amid the competitive Hong Kong jockey ranks but he made the most of his chance in the Class Three Hebe Hill Handicap (1,200m).

So showed what he’s capable of, settling Jimmy Ting Koon-ho’s Baby in the box-seat, before finding clear running early in the straight to run over the top of favourite Shining Ace while holding off the fast-finishing Lobo’s Legend to prevail. 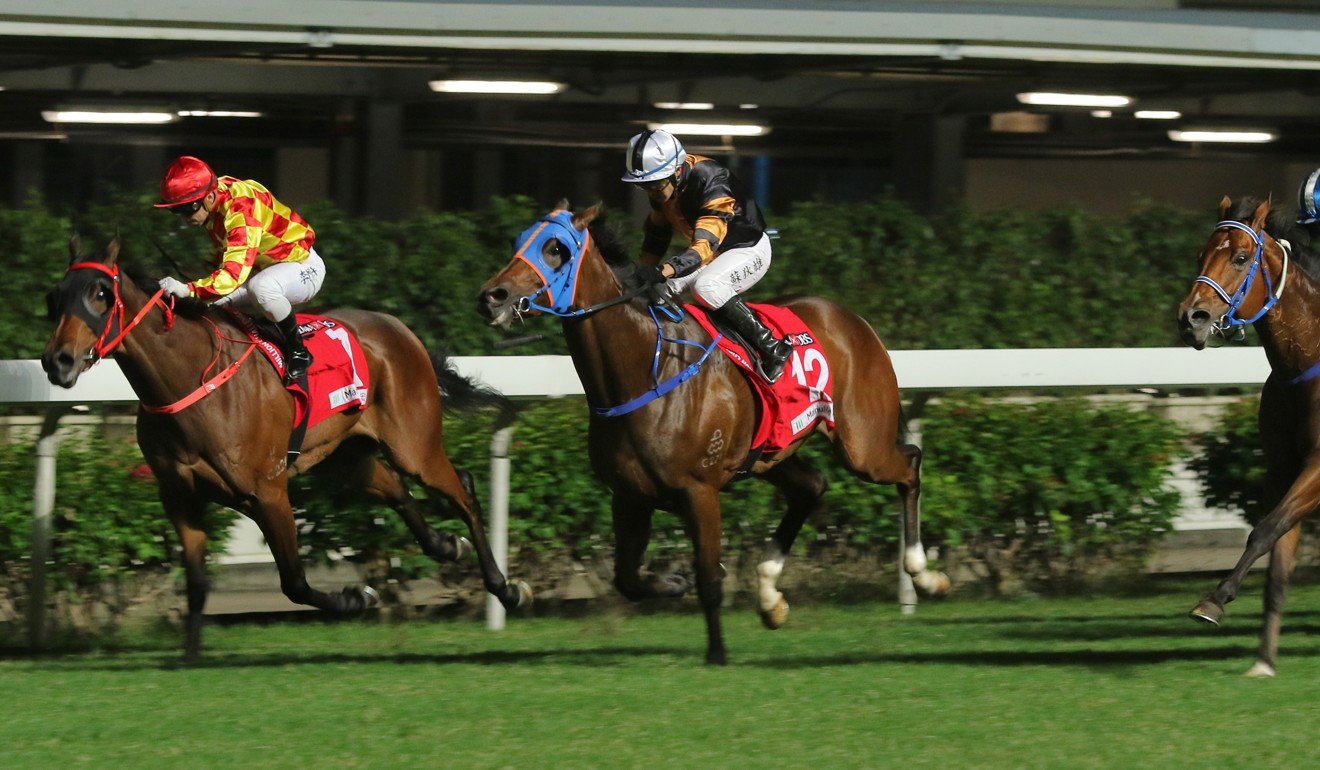 Astonishingly, it was the first time this season So had been on a horse that started a single-figure price in betting. Baby was his 72nd ride.

While regarded as a terrific judge on the training track, So only gets the scraps on race day but he was delighted to enjoy a rare moment in the sun.

“It was a very good feeling crossing the line,” a beaming So said after his first win since July 3.

“I haven’t been riding horses with good chances, but you still have to keep going. Luckily today I was able to get a winner.

“Hopefully I can get a few more, I always try my best.”

So is aware of where he stands in the pecking order and doesn’t complain, instead continuing to work hard and do his job as best as possible.

Ben So grabs his first win this season as Baby wears down Shining Ace in the sixth event! #HappyWednesday #HKracing pic.twitter.com/KoJlODEZqm

“It’s been frustrating. In the morning I ride six or seven horses, but Hong Kong is very complicated,” he said.

“It’s hard to get on horses with good chances, especially this season with Joao [Moreira] becoming a freelance jockey. He gets a lot of good rides.

“In Hong Kong there are different steps. Joao and Zac [Purton] get the best horses and then it goes down step-by-step. I’m down the bottom and I don’t get many chances.”

As luck would have it, So only got a late call-up to partner Baby as his regular jockey Keith Yeung Ming-lun had already committed to Tang Fleming.

“He rode another one and I got on because of the light weight,” So said. “Not many people can do that, so when Jimmy asked me, of course I said yes.” 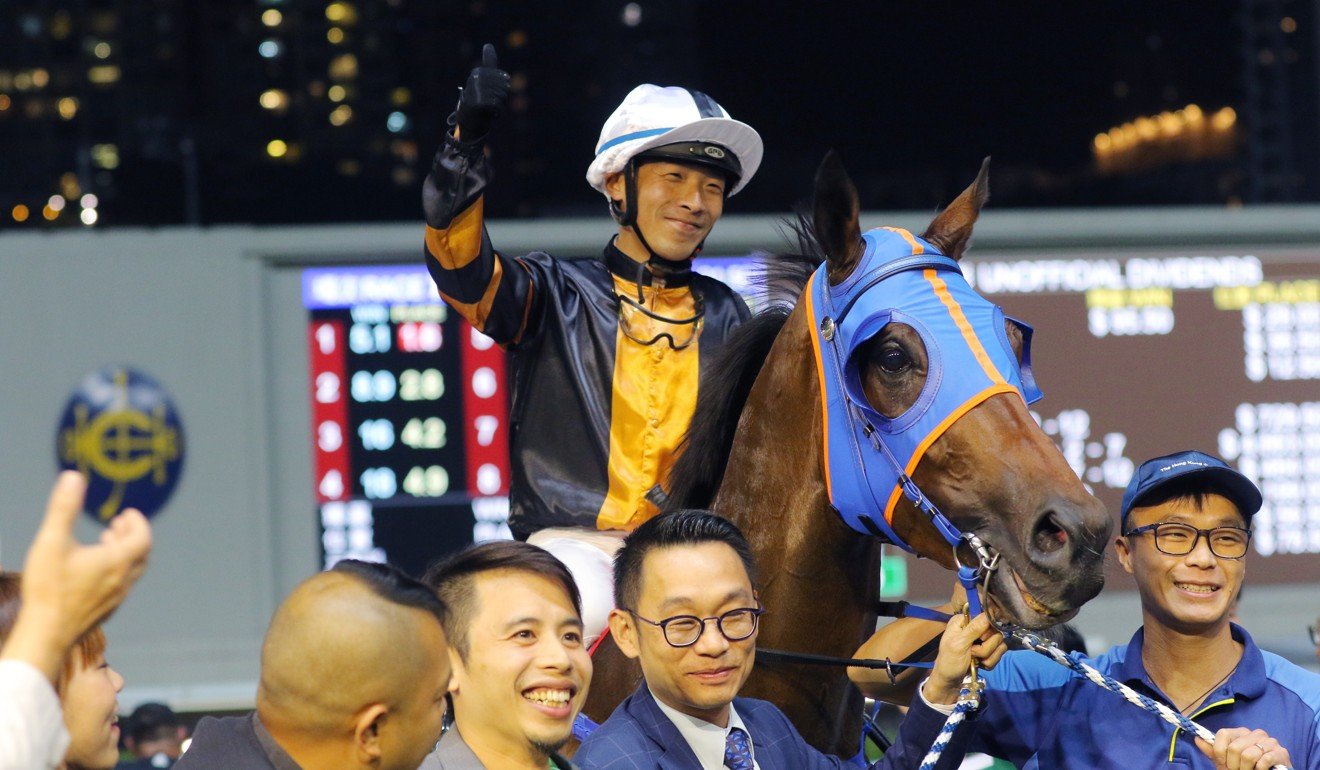 Ting was happy to give So his first winner of the term, while he was also thrilled with Baby’s improvement after struggling through the first seven runs of his Hong Kong career.

“The draw [barrier two] helped, he was able to get a good position,” Ting said. “I think 1,200m is a little bit short for him, but the barrier made the difference.

“Last season he was a bit disappointing. I thought he would win in Class Three straightaway. Maybe he just needs a bit of time.”

At the other end of the scale, reigning champion Purton bounced back to form with a double, guiding Amazing Luck and Aurora Pegasus to victory. 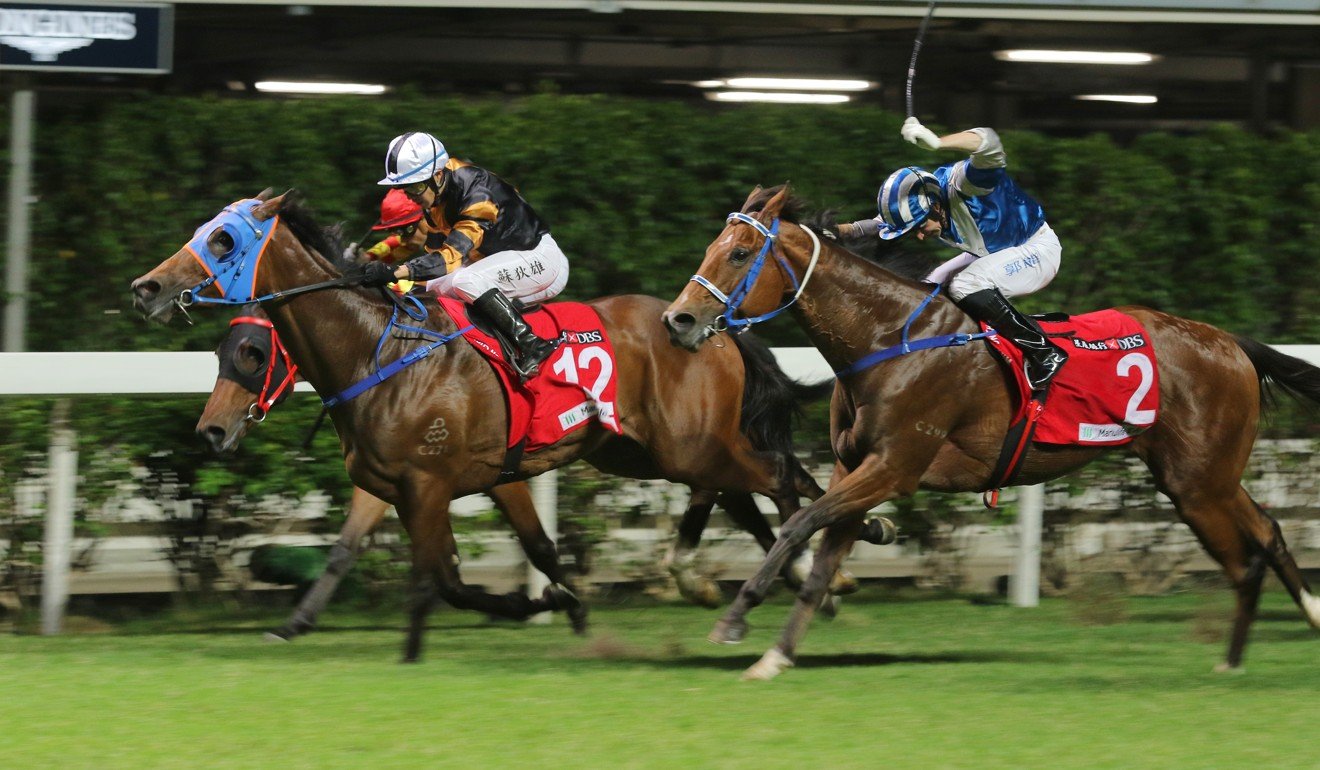 Like Baby, it was Amazing Luck’s first win in Hong Kong, another who has taken a bit of time to acclimatise to his new home after going undefeated in two starts in New Zealand (when known as Jasd).

But a season under his belt, a drop in grade and a step up to 1,650m provided the right ingredients for him to show what he’s capable of and trainer Paul O’Sullivan hopes he can build on it.

“I think he’s going to be competitive in Class Three when he goes back up,” O’Sullivan said.

“He seems to get around the track here pretty well and the step up to 1,650m was a positive.

“Last season, he was placed in three behind some one or two progressive horses so stepping up again to Class Three, he should be fine.

“He was pretty nervous in all his races last season, he did a fair bit wrong but he seems to have found his niche here so we’ll continue with it.

“He was conceding a lot of weight to those horses and Zac said when he got to the front he pulled up and was waiting for them, so there might be a little more there.” 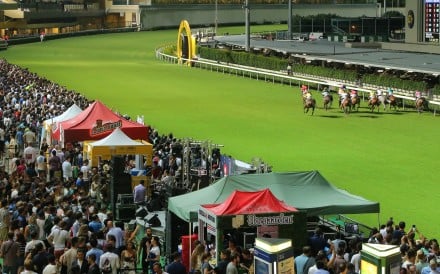 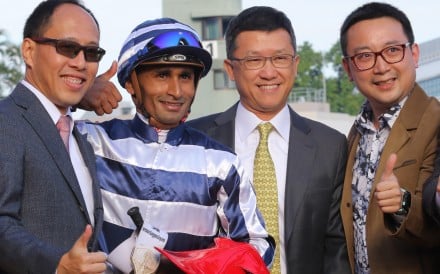 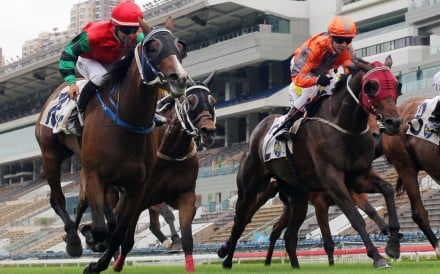 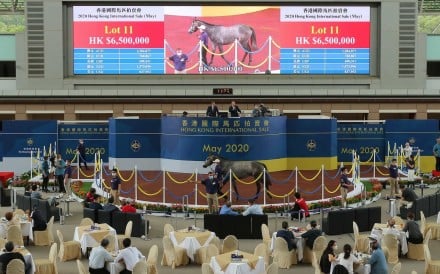