The legendary Irish trainer is travelling five horses to the city for the showcase event, including a four-time Group One winner and the English Derby champion 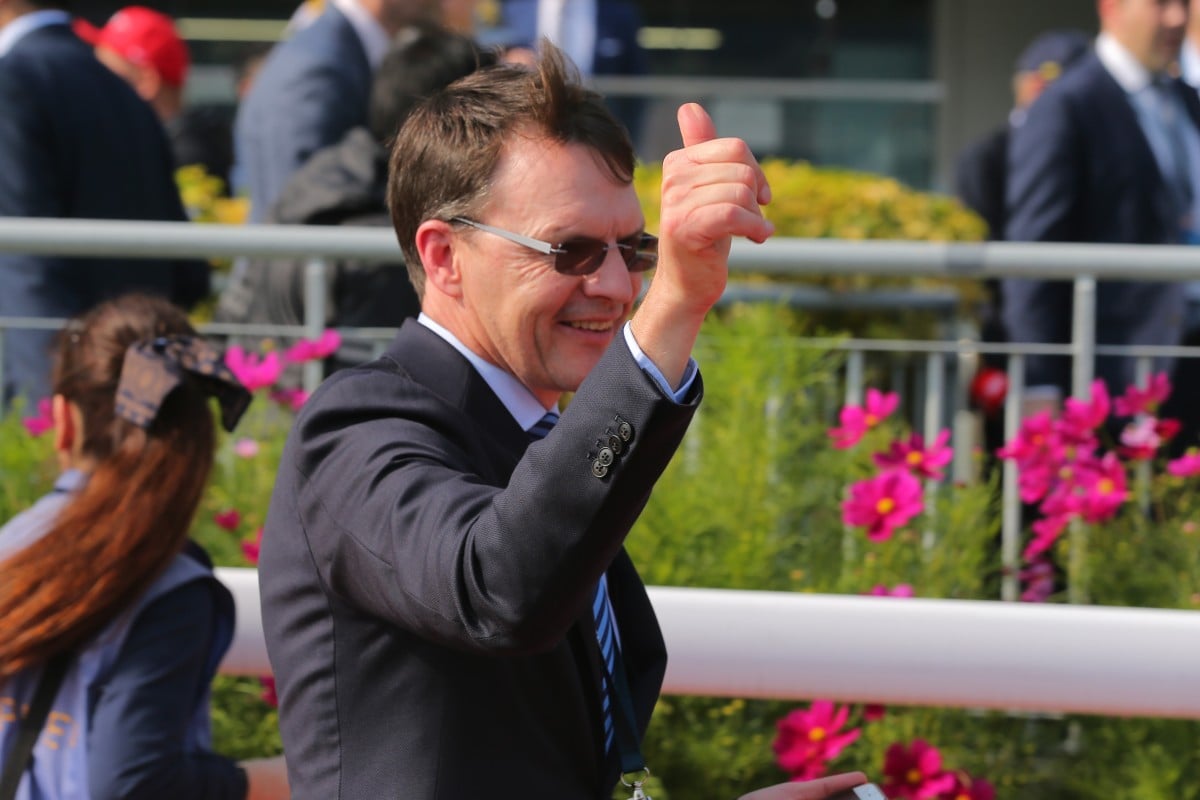 The announcement of the Irish invasion is a huge boon given the political and social turmoil that has engulfed the city over the past five months and adds another level of international depth – and excitement – to the HK$93 million event on December 8.

The strength of O’Brien’s team was the real surprise when fields were announced by the Jockey Club on Wednesday – particularly the inclusion of Magical, after reports last month suggested she would be retired when an elevated temperature ruled her out of a trip to the USA for the Breeders’ Cup meeting.

The globetrotting trainer was always expected to have a presence at the meeting – he has won two of the Group One features before and had runners in each of the previous four years, but the quality is exceptional.

Two-time Group One winner Circus Maximus will take on Beauty Generation in the Hong Kong Mile (1,600m), while talented three-year-olds Anthony Van Dyck and Mount Everest are trying to knock off Exultant in the 2,400m Vase.

But the juiciest race from a global perspective is the Cup (2,000m), which sees Magical – a four-time Group One winner who is renowned for her battles with mighty mare Enable – and Mackinnon Stakes victor Magic Wand come up against Japanese superstar Almond Eye.

The Sakae Kunieda-trained four-year-old leads a contingent of 11 from the Land of the Rising Sun, alongside the likes of reigning QE II Cup champ Win Bright, two-time Group One winners Indy Champ, Admire Mars, Deirdre and Lucky Lilac, as well Yushun Himba (Japanese Oaks) hero Loves Only You.

Britain is set to boast four runners with Aspetar, Young Rascal and Prince Of Arran to race in the Vase, while Sir Michael Stoute’s Zaaki goes to the Mile.

There are two gallopers from France making the trip – Called To The Bar (Vase) and Edisa (Cup) – while one Australian, In Her Time, is coming for the Sprint.

There are just two internationals competing in the 1,200m Group One – Japan’s Danon Smash is the other – with Hong Kong speedsters, headlined by Aethero and Beat The Clock, dominating the field.

In 2018, the home side captured all four of the features for the first time in the history of HKIR, but it faces a much harder task this time around given the overall class of the visitors.

All four of last year’s winners will be back again – Mr Stunning (Sprint), Beauty Generation (Mile), Glorious Forever (Cup) and Exultant (Vase) – but only the latter goes into the meeting boasting a similar level of form to 12 months ago.

In terms of the overall numbers, there are 26 international Group One winners among the 50 entrants – with 24 visitors and 26 from Hong Kong.

There is a full field of 14 in the Sprint and the Vase, while 11 are set to line up in the Mile and the Cup.

Given the recent uncertainty in Hong Kong, to have horses like Almond Eye and Magical commit to making the trip is a huge boost for the event and the Jockey Club knows it.

“We are delighted that the quality of the selected runners for this year’s Longines Hong Kong International Races is in keeping with our long-held commitment to deliver sporting excellence,” Jockey Club executive director of racing Andrew Harding said.

“Almond Eye’s participation is particularly exciting when viewed in the context of the other world-class horses selected – champions of the calibre of Beauty Generation and Exultant, other global stars like Magical and the Derby winner Anthony Van Dyck, and the list is long and strong.

“Factor in the potential of rising stars like Aethero, Waikuku and our Derby winner Furore and everything points to a thrilling afternoon of sport on December 8.”